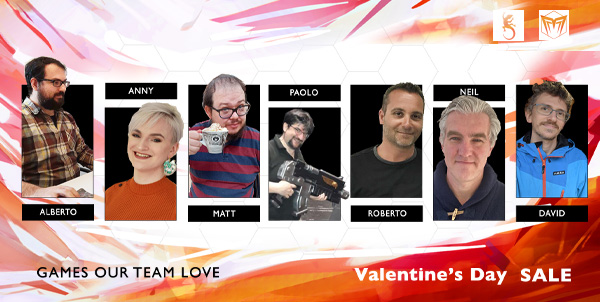 Valentine’s day is here. Here at Slitherine, our hearts are filled with love, and it’s first and foremost the love for our games. There is no better day than this to share it with you all; we have asked seven team members to tell us about their favorite games.

We also have a big surprise for you: you will get a 30% discount to buy this selection of favorite games by using the code:

The discount code will be valid till Monday, February 21st.

Here you have our Team's suggestions: