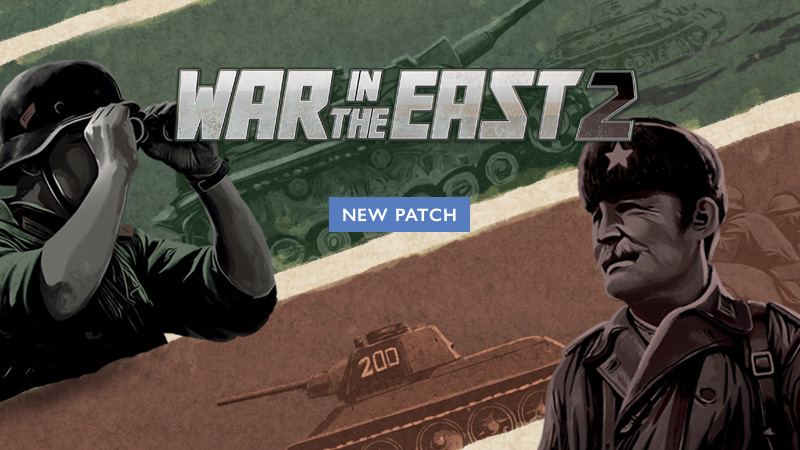 Bug Fixes and AI Improvements
• Creating multiplayer games while the PBEM button was turned on in the main menu causes problems with the MP game. Fixed. This will fix any existing server game when it is downloaded.
• Crash to desktop on loading using 1.00.07, caused by duplicate font loading for some rare system settings. Fixed.
• Crash to desktop at end of logistics, caused by changing the HQ of a unit In Transfer from a TB (should not be able to do this). Fixed.
• Non-replacement panzer battalions are incorrectly automatically merging into Panzer Divisions. Fixed.
• Troops cut off in Leningrad area incorrectly considered in supply during German turn and rout over lake. Fixed.
• No ground support is flying during attacks on city forts. Fixed.
• Many duplicate AOGs are appearing for the German player. Fixed.
• Hotkey for soft factors skips combat prep and fatigue. Fixed.
• AI - AI air assist is creating depots (it should not). Fixed.
• AI - Some Soviet AI frozen units are still moving 1 hex. Fixed.
• AI - Made it less likely that AI units will move illegally to escape from a near pocket.
• AI – Soviet AI moves frozen units (on Romanian border on turn 1 and out of Moscow). Fixed.• AI - Axis AI is illegally taking control of Soviet hexes far in the Soviet rear in StoB and RAR scenarios. Also, sometimes Axis AI units warp into these hexes. Fixed.
• AI - Soviet AI moves into occupied enemy hex in Velikie Luki scenario and forces Axis unit to warp
away. Fixed.
• AI - Germans take Osinovets and Soviet still moves unit onto Lake Ladoga. Fixed.
• AI – Improved Soviet AI attacks in Red God of War.
• AI – Improved AI use of reserve and refit modes.
• AI – Improved Soviet defense of Moscow in 42 and made some improvements in Soviet defense
of Leningrad in 41/42.
• AI - Improved the system that replays first player AI scripts on the first turn of the game. The script
should now more accurately recreate what the designer set up in the script.

• Typhoon
- Kalinin Front's Commander (Eremenko) has been cleared as he already begins the game commanding Bryansk Front. The Player will have to assign a commander.

• Some corrections to the ground element file for inconsistencies between the various configurations of German and captured Soviet equipment between Germany and her allies.

• Corrected some discrepancies in Axis and Soviet 120mm mortars.

• A few minor graphic corrections to the map.