The Apocalypse is Nigh - Shadow Empire out on June, 4th

It's hard to call this forgotten planet Home, with its endless deserts and its monsters of unfathomable terror beneath its surface. But it is indeed Home, not only for you but also for your people and it has been since the War. It is your duty now to act as the leader your people deserve, to protect them and to repel any enemy trying to crush you. You are not alone on this journey to bring back civilization after all. Will you have what to take to resist and survive?

Shadow Empire is coming out on Matrix Store on June, 4th! Brace yourself for the most innovative and deep sci-fi wargame ever designed.

Shadow Empire puts you in the seat of the supreme ruler of a small nation destined for greatness and reconquering a devastated Planet. You have Leaders to help you govern your Zones, administer your Organisations and lead your armies. You’ll also have Stratagems available that you can play on various targets. Can you make your people climb the ladder of civilization and technology once again? Can you conquer and reunite the planet?

Summary of the Features 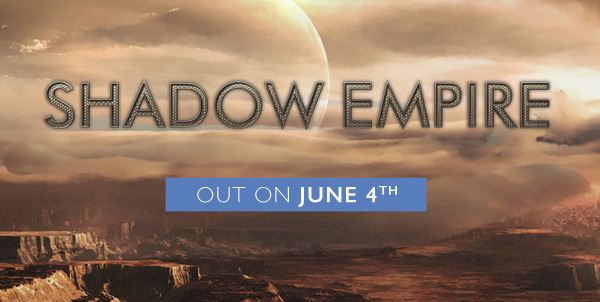