Shadow Empire - Reports from the Wastelands

It's almost a week that Shadow Empire has been released. Time to look at some of the most interesting reviews out there.

Welcome to "Reports from the Wastelands"! Click on the banners to read the reviews. Get Shadow Empire from its official product page 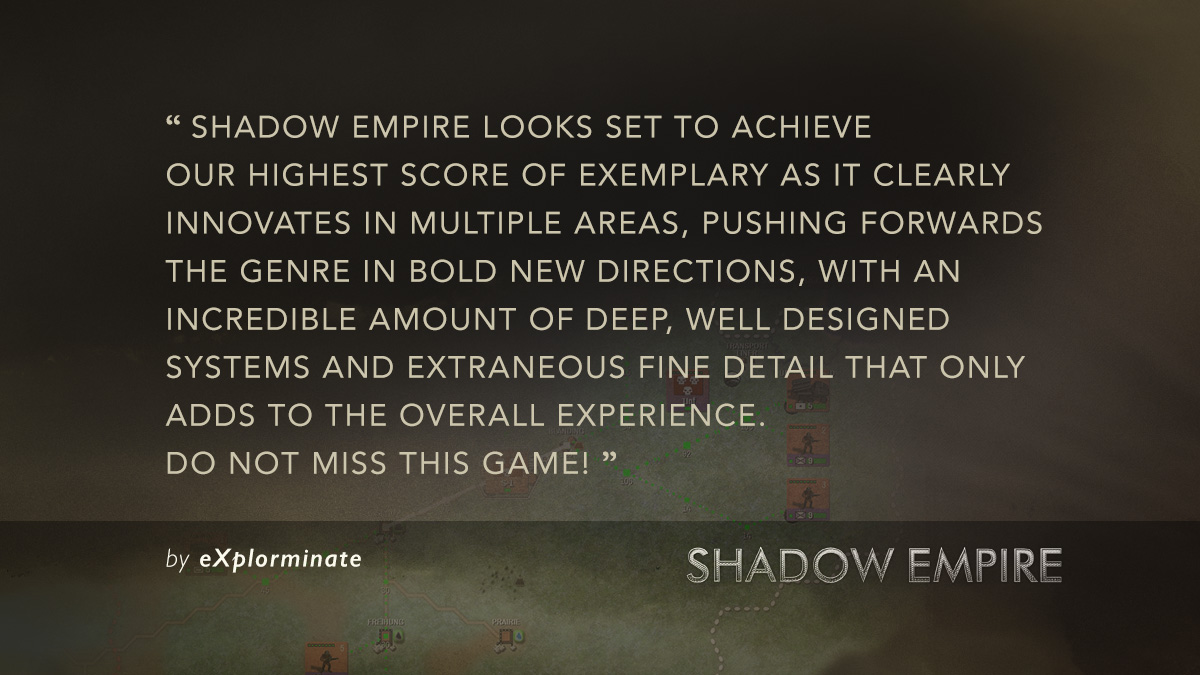 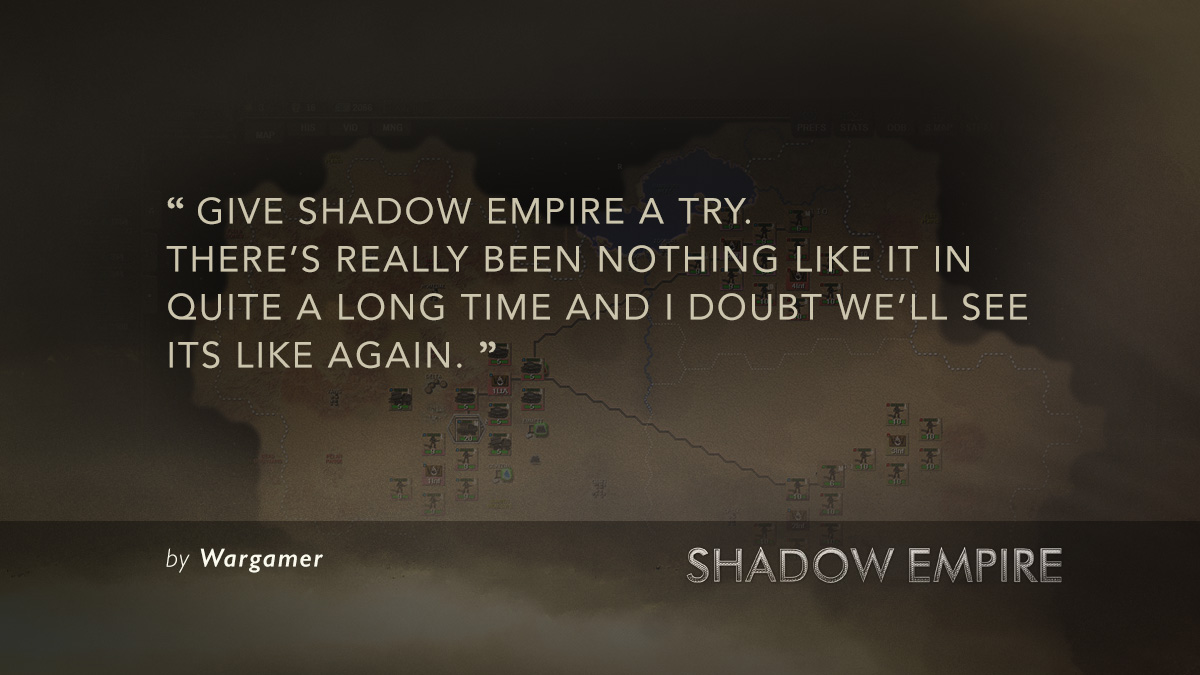 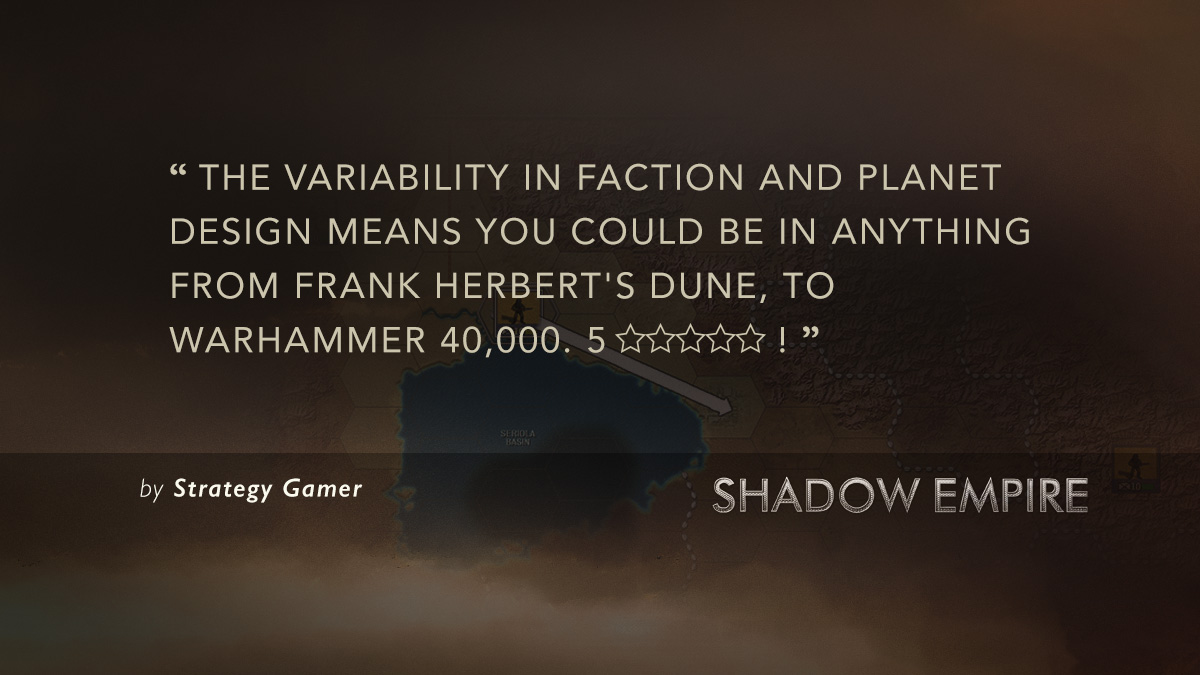 Shadow Empire has just received its first update! Have a look at the changelog here