I’m Brian Kelly and together with John Duquette, we have developed a new WEGO WWII: Stalingrad wargame. This Dev Diary is a short introduction to the game and will be followed by further diaries exploring different aspects of the game.

WEGO WWII: Stalingrad is a hex-based WEGO wargame of the German Sixth Army’s assault on Stalingrad–from the start of Operation Heron in July 1942 to the fighting in the city in November.

In many board and computer wargames, one side will move its units and resolve combat, followed by the other side repeating the process. This game mechanic is known as IGOUGO ("I GO YOU GO"). WEGO WWII: Stalingrad is different—it is a WEGO computer wargame.

In a WEGO game, both players plan their moves separately, and then both plans are resolved simultaneously by the computer. So unlike an IGOUGO game, one player does not know what the other is going to do before he makes his moves. When combined with the limited information available when Fog of War is turned on, the game rewards the Player's ability to manage chaos; to anticipate an enemy’s moves and plan for them without being able to instantly react.

So how does this work?

There are three different types of moves: 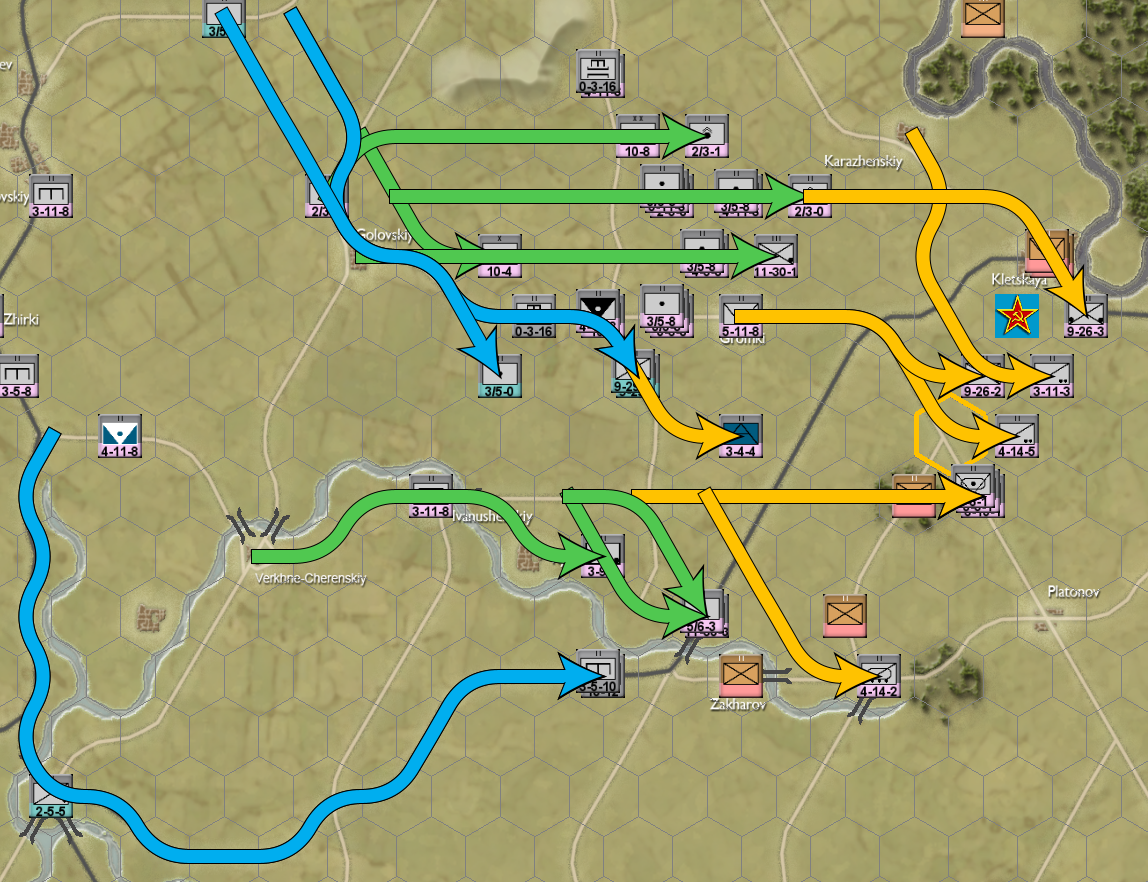 Planned Attack - this is an attack against adjacent units, in which you can add artillery, Air Support, and Command support to increase the odds. As a Planned Attack, you know the odds upfront (or an estimate of the odds if Fog Of War is on). To order this, simply drag and drop units onto adjacent enemy units.

Ad-hoc Attacks - These are battles that can occur during movement, depending on the move type. They are unplanned and will occur when units try to move into an enemy hex. As such, they are unpredictable, for the enemy can also move during execution - withdrawing or reinforcing positions, and your own units may get delayed due to Command and Control penalties. These battles do not have attacker Artillery/Air/Command support. However, if the defender is not moving, then assigned defensive support is available.

There are several types of Ad-Hoc Attacks: 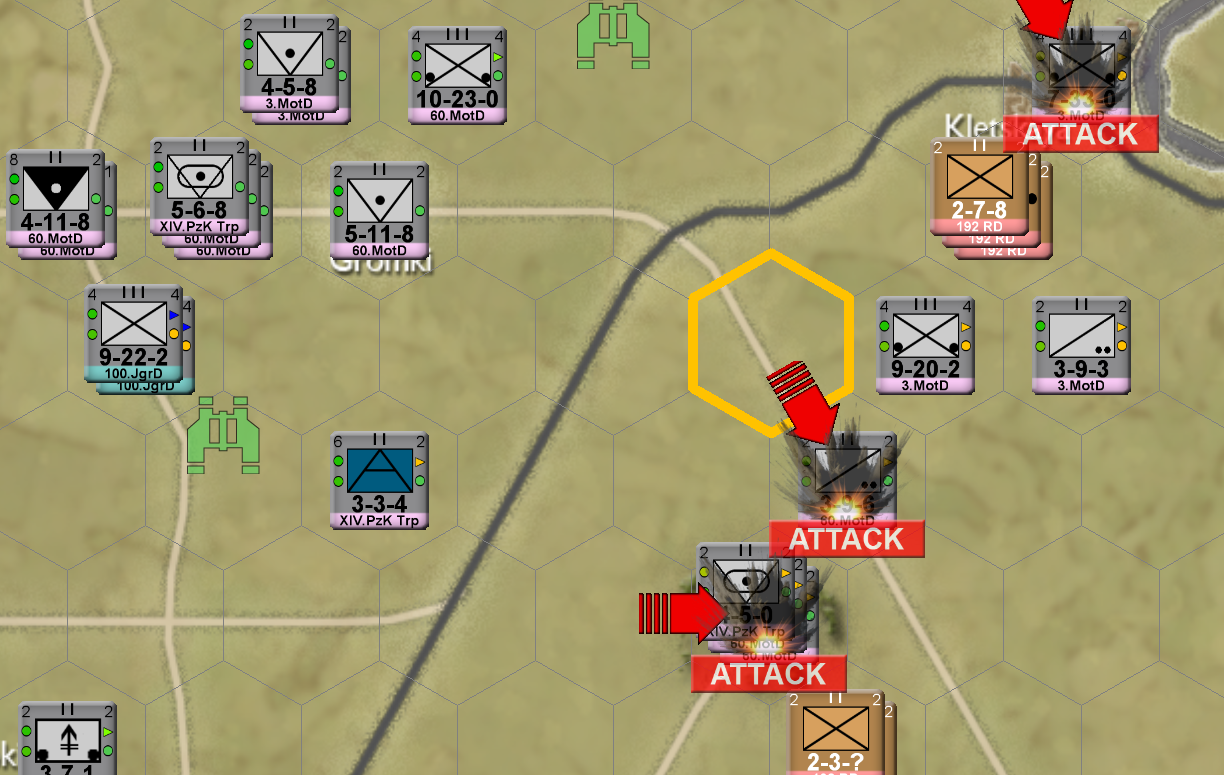 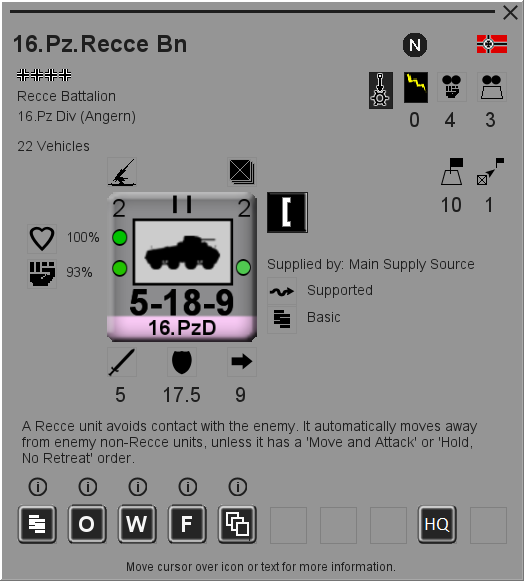 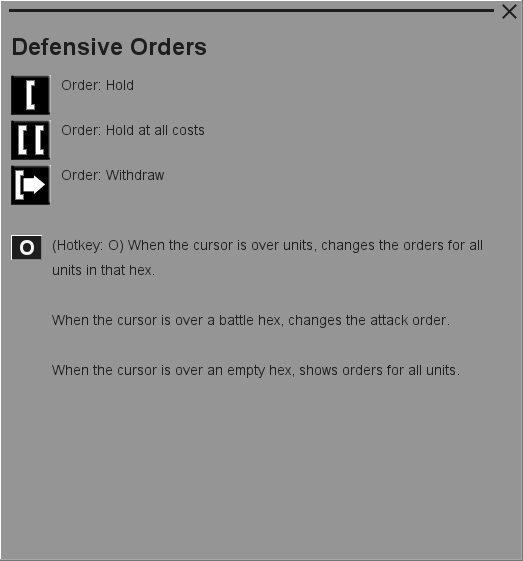 WEGO WWII: Stalingrad has been a huge undertaking. It has taken us four long years to create. Taking the WEGO game engine from a corps-level game based in North Africa–to a multiple army-level game based in the Eastern Front was very challenging. Hundreds of design decisions have been made along the way to keep the game approachable and immersive. Lots of fine-tuning along the way but we think we’ve hit the right chords.