WarPlan Pacific is out now on Steam

Warplan Pacific has been released: now you can play it also on Steam. 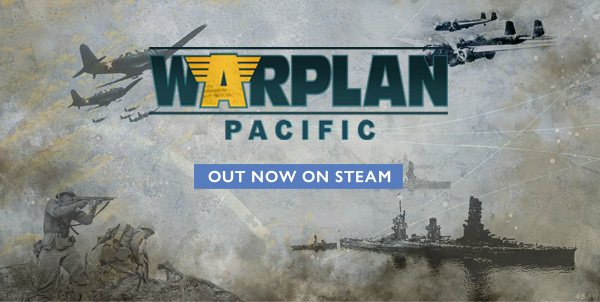 WarPlan Pacific uses the same game system as the original WarPlan with additional features and improvements. The game covers all the nations at war in the Pacific theatre from December 1941 to 1945.