WarPlan is out now on Steam

WarPlan has been released on Steam!

Play a recreated World War II in every detail, thanks to the engine flexibility and database!

Combat takes place on Land, with multihex attack based on operation points allowing for multiple moves and attack tactics allowing for frontline breakthroughs, on Air, where you can attack selected targets and may automatically support land attacks, and on Sea, where fleet and raider modes affect detection. Night action, Surface, Sub, and Carrier combat are available. Use the Zone of control to restrict the movement of the enemy.

Tune on our Twitch Channel to see the game in action! The show starts at 6pm GMT! 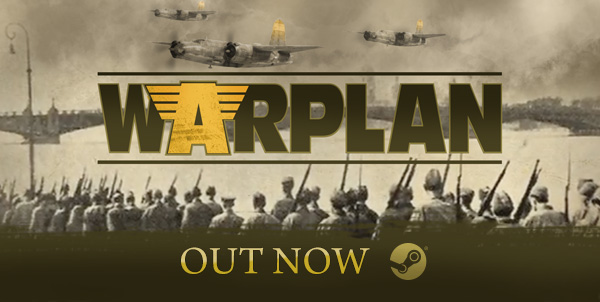