Warhammer 40,000: Battlesector is out

The game releases today on PC on the major online stores, the console version (Xbox One and PlayStation 4) will follow soon.

Experience an epic twenty mission single-player campaign that explores the aftermath of the Devastation of Baal. Help Sergeant Carleon and his allies purge the Tyranid infestation on Baal Secundus, and preserve the honour of the noble Blood Angels.

Fight across the surface of Baal on maps of your choosing and select either the Blood Angels or the Tyranids in the Skirmish mode. Completely customize your army list by picking your units, heroes and their loadouts.

Command iconic units like the Sanguinary Priest, the Librarian Dreadnought, and the Hive Tyrant to annihilate your foes. Use over 60 abilities and 50 weapons to orchestrate your opponent’s bloody demise.

Each faction has a unique Momentum system that can result in a Surged unit. Units that Surge are able to string together superhuman chains of actions, or use the opportunity to further upgrade their abilities.

Use Command Points to call in faction-specific air support abilities. The Blood Angels Stormraven can obliterate xenos with a missile barrage, or deep strike a unit of veteran Assault Marines behind enemy lines. Meanwhile, the Tyranid Harpy can devastate the enemy defenses with its Sonic Screech, or scatter the battlefield with its deadly Spore Mines.

Face Your Friends On The Battlefield

Watch more of Battlesector's gameplay in the 2 minutes gameplay trailer

The release of Battlesector is just the beginning. Those of you who followed the game's development will know that we have plans to expand the game. Warhammer 40,000 is a vast universe, and right now, Battlesector is just scratching the surface. We’ve built a solid foundation and set of gameplay systems for really great battles, but there is a lot of room for expansion. We definitely have plans to extend the game in the coming years, and we hope you’ll join us for the ride.

In order to show you what our plans for the first year of development are, we've just published a roadmap image. 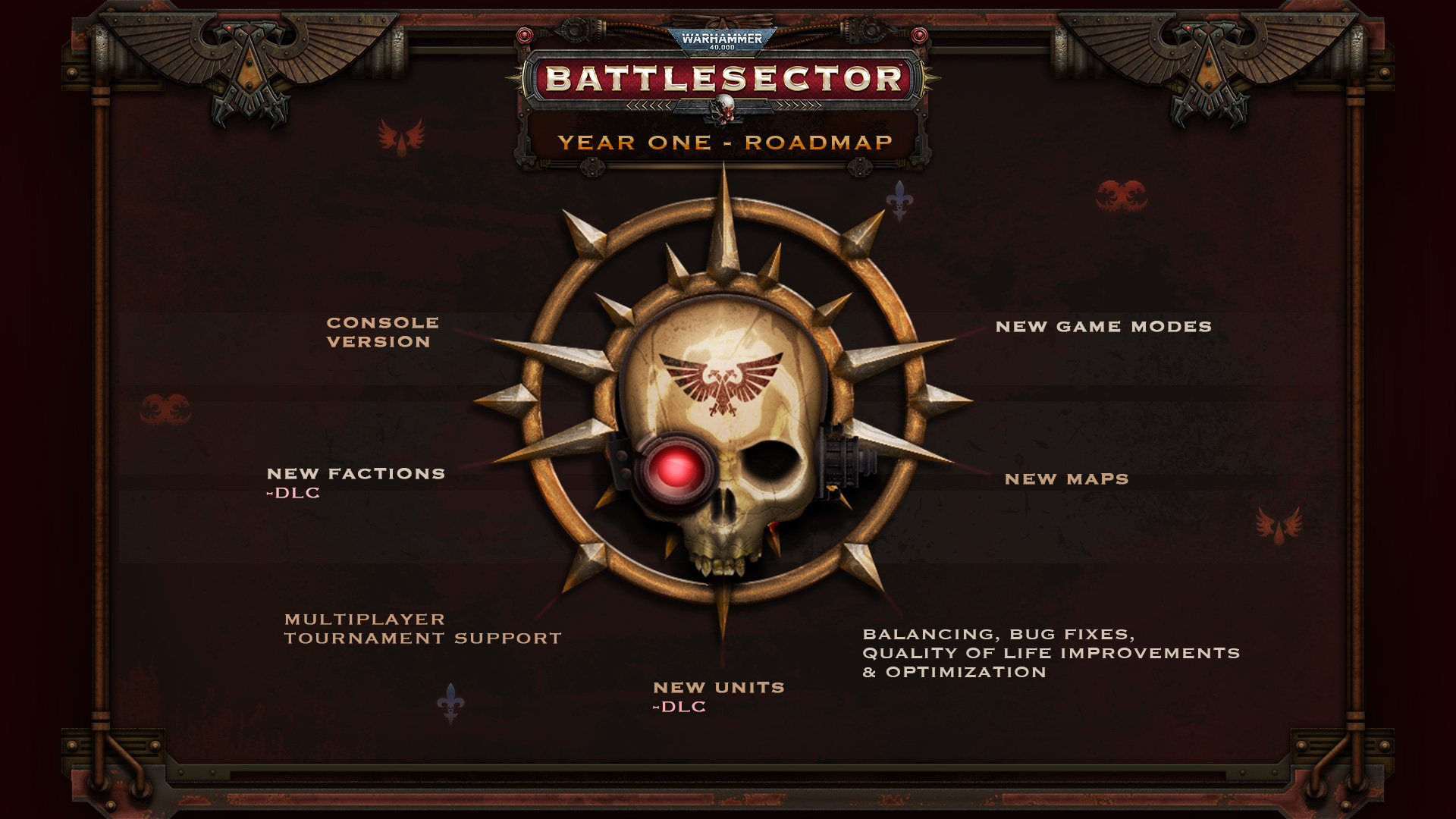 Our Year One plans for Battlesector