++ Should the reality of the warp and its Chaos denizens be revealed to the general population of the Imperium, the results would be catastrophic. Better the elimination of a few hives or far-flung Industrial Worlds than the havoc of true knowledge being shared freely ++

Earlier in the year, during the Warhammer Skulls Festival, we announced a couple of new additions to Warhammer 40,000: Battlesector. One that you are possibly already familiar with is the full Sisters of Battle Faction Pack, about which we shared an update with you last
month.

The other announcement was a new game mode, called Daemonic Incursion. We haven’t shared much information about Daemonic Incursion, but with the beta test well underway and the release approaching, we figured now is a pretty good time to let you know what to expect when Khorne's daemonic legions invade realspace later in the year.

Daemonic Incursion is an entirely new single-player mode that will be available to all Battlesector players as part of a free update that we’ll be launching alongside the Sisters of Battle Faction Pack.

In Daemonic Incursion, waves of Khornate daemons enter realspace to spill blood, collect skulls and overrun your forces. This is a last-stand mode, in which your objective is simple:
survive!

Each new wave of Daemons will be more powerful than the last. Between waves, you’ll have the chance to request limited reinforcements to replace some of your casualties. However, the odds will be increasingly stacked against you, as the Daemonic hordes will quickly outnumber your forces.

You can choose to fight against 8 waves of Daemons, with the objective being to survive the onslaught of the hordes to win, or you can battle infinite waves, in which case your objective is to see how many waves you can survive before your forces are wiped out.

Your prospects look bleak and your doom is assured, but it’s not all bad news. You’ll get access to Battlefield Aid drops, which can be collected to give your units a temporary boost, such as regaining health, increased movement or improved combat stats.

For his part, Khorne, the Lord of Rage, has been busy as well. We are adding a number of new Khornate Daemons to the roster, including the Soul Grinder, Bloodcrushers, and…worse. 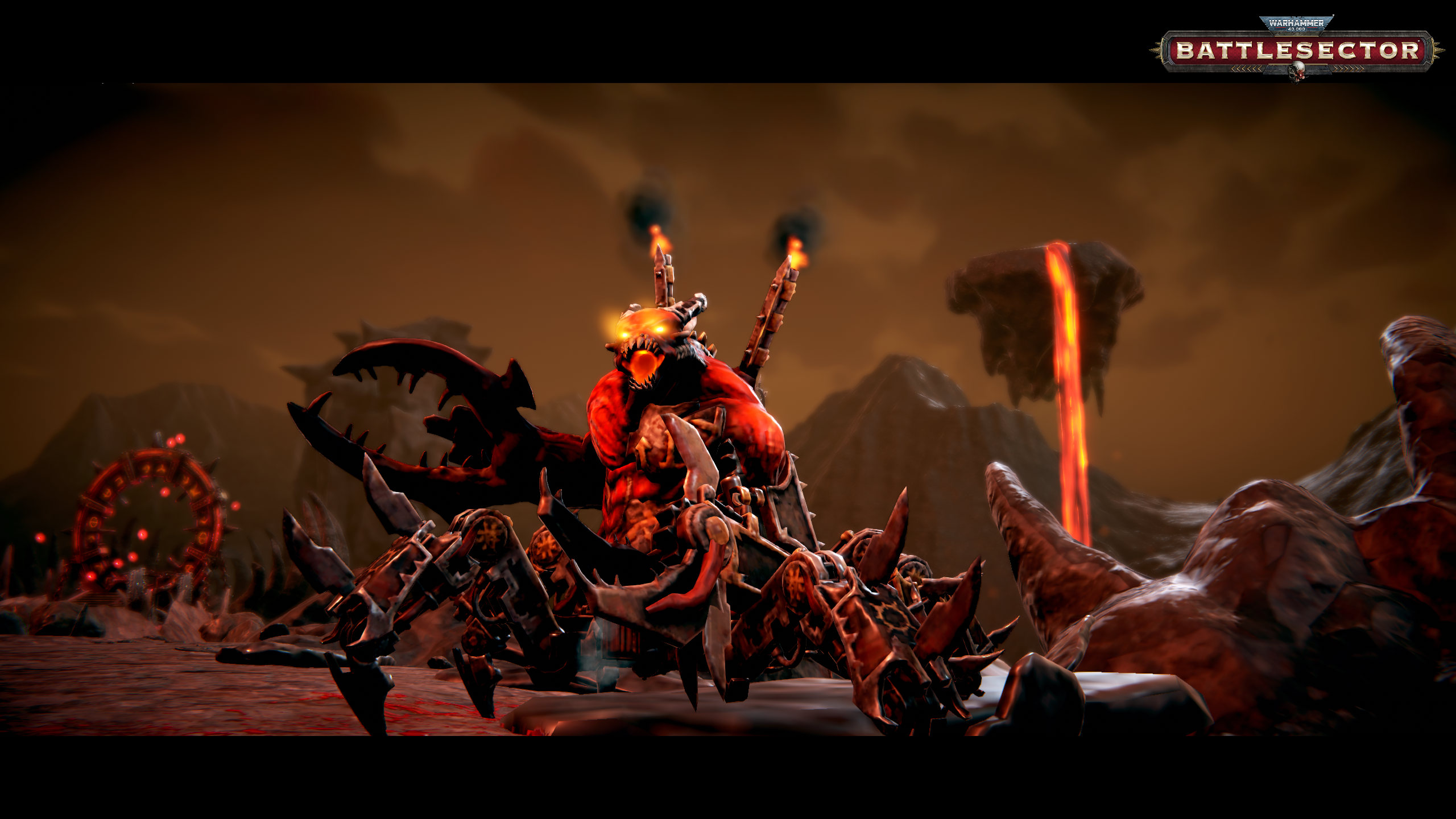 At the end of a run, you’ll be awarded a score based on a number of factors including the army size you take in, the number of Daemons you send back to the warp, and the number of reinforcements you use. These scores will be posted to leaderboards on supporting
platforms, including Steam, Xbox Live and PSN.

You’ll be able to use any faction you have access to in Daemonic Incursion. That includes the Blood Angels, Tyranids, and if you own them, the Necrons or the Sisters of Battle.

Daemonic Incursion and the Sisters of Battle Faction Pack are both on track to be available before the end of the year.