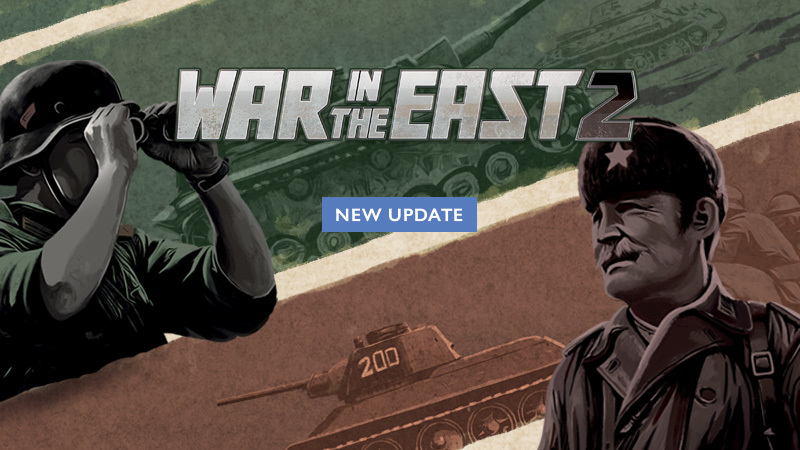 • Reordered some of the ground elements on the left side of the Production screen to make them appear in a more logical order.
• In-game scaling - Scaled air unit load out window and server message window.

• Support units are destroyed when non-isolated HQs displace (should only happen for isolated HQs). Fixed.
• Depot in isolated hex inside a pocket delivers freight to non-isolated outside the pocket 3 or less hexes away. Fixed.
• Sometimes fighters could not fly escort for transports if they had any previous miles flown. Fixed, they should now be available to escort and will try to fly if assigned.
• Fighter escorts in ground support and air transport could, in some cases, be charged more miles flown, and suffer more op losses than they should have. Fixed.
• Ending the turn of a Multiplayer game when disconnected to the internet could cause a corruption of the game’s player turn order if the turn is ended again and successfully uploaded. Fixed. Now, the player will get a message that the upload has unsuccessful, and it will allow the player to try again. If the player is not able to reconnect to the internet and successfully upload the save, the player can exit the game without corrupting the game on the server (but they will lose whatever has been done during the current session). Players with very frequent connectivity issues should consider the benefits of using PBEM instead of MP.
• Adjusting music volume doesn't take immediate effect/impacts mouse click. Fixed.
• Production screen - ground element list on left doesn't scale when show types is turned on. Fixed.
• Airfield detail display - airfield capacity number goes very big negative value. Fixed.
• Y/N confirmation window for applying loadouts can appear behind other windows when at lowerresolutions. Fixed.
• Combining 2 brigades on map to make division (via buildup) causes multiple units with same name. Fixed.
• Rocket units always get built named 500th even when there are already units with that name. Fixed.
• Can Merge a unit even when the player has no APs. Fixed.
• Created railyards in depots built in airfield only locations do not show up in city detail screen. Fixed.