Shield of Cholm, the second DLC for Valor & Victory, will be available on July 7th, 2022.

Cholm’s emergence onto the stage of historical events of World War II came about as a result of the Russian Winter Offensive of 1941-1942. In January 1942 the Soviet Red Army began a series of counter offensives against the German Army. The Germans started to withdraw and occupied the strategic town of Cholm. To keep the offensive going the Russians needed to capture Cholm. The Germans, from their perspective, could ill afford to lose this strategic point.

Despite the appearance of a run of the mill Russian village, Cholm was of strategic significance: it held a bridge across the lengthy Lovat River and dominated a road nexus of four main roads amid an otherwise large, marshy and low lying area . 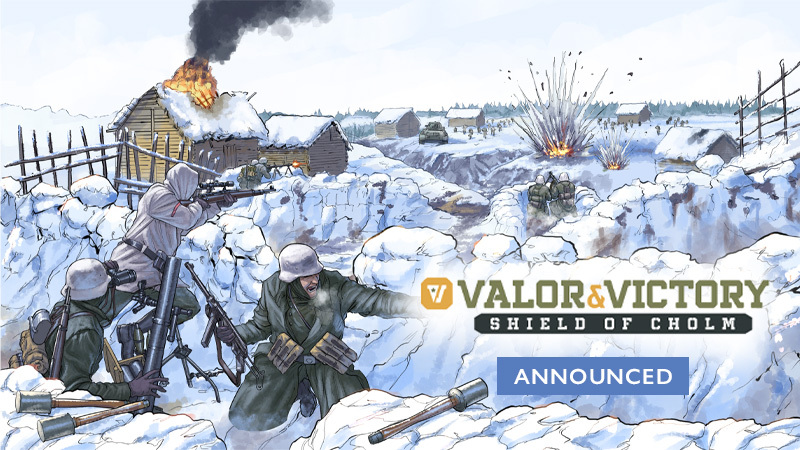 The DLC comes with an update of the base game:

Per scenario option for opponents being hidden when not in LOS

Manage Dice bias for a harder or easier game