It is only one day now until Stirring Abyss arrives and that means that it will soon be time to unleash the eldritch upon humanity. Before that happens however, there is time to brief you on some of the powerful traits that can be had in Stirring Abyss. Powerful skills and mutations can only truly shine when cleverly combined with the right traits. Today, we will be discussing some of these possibilities. 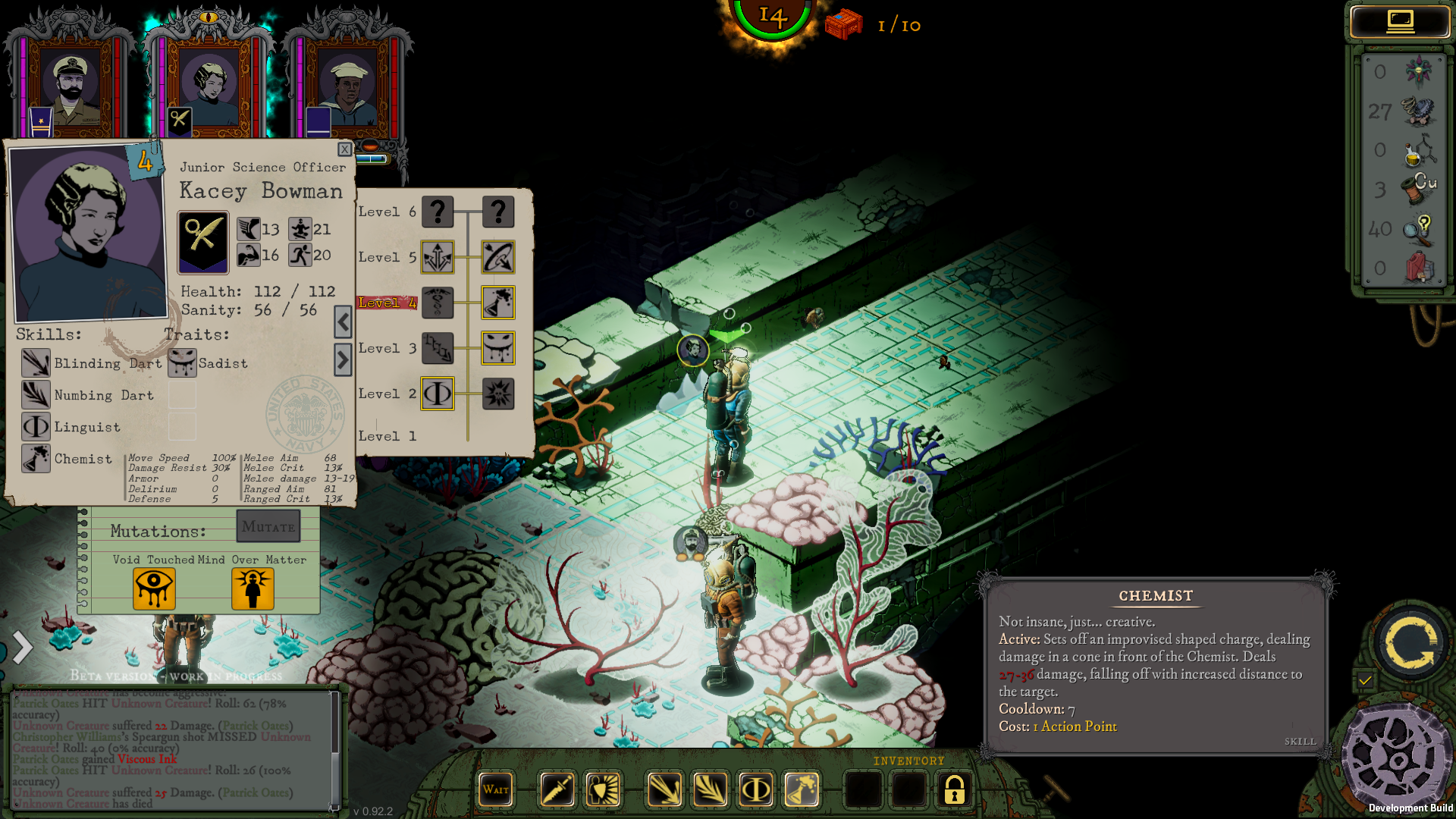 Sadist:
Ruining the very essence of your enemy’s minds with eldritch skills seems like an excellent idea. But the toll it takes on your mind may be too much to bear. That is where sadist trait comes in. It generates sanity for every kill you make, allowing you to tow the fine line between deadly force combatant and mental ward patient more easily.

Swift and Ruthless:
Your close combatant expert needs two things. To close on their target swiftly and to really put that hurt in. This is where the swift and ruthless traits can bridge the gap. Swift increases your movement speed, allowing you to close in on your target with terrifying speed. While ruthless increases your critical chance with a melee weapon, ensuring those close encounters are also fatal encounters.

Sturdy and Masochist:
Sturdy personnel take a lot more punishment than most as they enjoy extra hit points. Those extra hit points don’t just have to mean that you will live a little longer if that person is also a Masochist. The Masochist delights in the pain they take and have a chance to reduce the cooldowns of all of their abilities as the punishment they receive rises. Turn that damage into additional power that could save you in a desperate situation by combining these traits.

Lab Rat:
The lab rat enjoys a boost when using all medical supplies. This can really stretch rare and critical resources out for much longer than you otherwise would be able to. Considering half the battle is the battle against dwindling supplies, the Lab Rat may be a welcome addition to any party of divers. There may even be abilities out there that further draw out the Lab Rats true power…