A wasteland drawn by merciless wind. Ancient ruins dead as stones. The only living thing is this city you call home, one of the few settlement Humanity rebuilt after the apocalypse brought by the Dissolution Wars.

Will you take its banner when destiny calls, trying to reunite the Planet and establish a new Civilization?

Shadow Empire, the upcoming sci-fi wargame in developing by VR Design, has reached the Beta Phase, and we’d like to invite players to take part in it.

If you want to help polishing and giving feedback on the game feel free to click here. 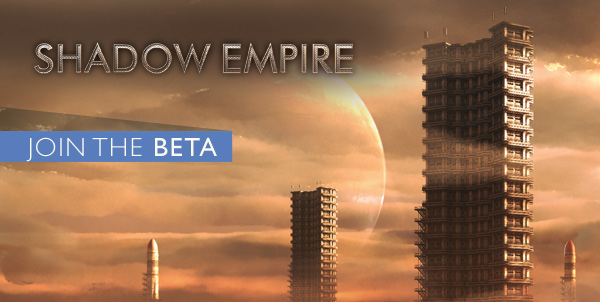 Shadow Empire is an original mix of genres. It is an immersive and rather complex turn-based game with a unique mix of military wargame, 4X, procedural generation and role playing elements. It is the year 8200. It has been several hundred years since the Dissolution War destroyed humankind. You and your people are rising out of the ashes and rediscovering technology and the concept of civilization.