Shadow Empire will be released on Steam on December 3rd and it comes with an exciting development: air units will be added to the game. Air forces are the first big post-release addition to the rules of Shadow Empire.

When setting up a new game you can explicitly choose to have the Air Force rules enabled or disabled as well.

Air Forces Basics
Air forces allow you to use many new tactics and strategies. From reconnaissance missions, to ground support airstrikes, to organizing Air Bridges.

However, Air Model types are a type of equipment that requires careful Model design depending on the type of planet where you find yourself.

A Planet with hardly any atmosphere will not be able to support Propellor Engines or Jet Engines, as there is nothing for them to use to create lift, but Rocket Engines might well enable you to take to the skies.

Planets with both low gravity and a reasonable atmosphere will make it extremely easy to fly and airpower will likely be important on these kinds of worlds. In the right circumstances (air pressure > gravity) Thopters will also be a viable option.

Air Model types are special in the fact that they can be very lethal but are also very vulnerable at the same time. They do not have a lot of hit points and thus are vulnerable to anti-air weaponry and interceptors.

It does require a certain level of investment, however, to develop your own Air Force. Research needs to be done and Model types have to be discovered and then designed. You’ll also need the infrastructure in the form of an air base to properly service your air units. 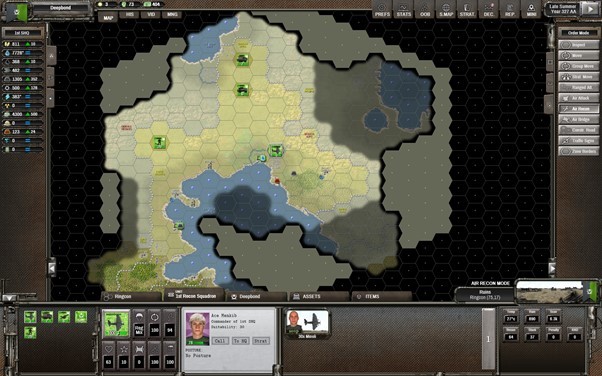 A planet with relatively low gravity, but relatively thick atmosphere will give your aircraft good ranges.

Additions to the Model type tree 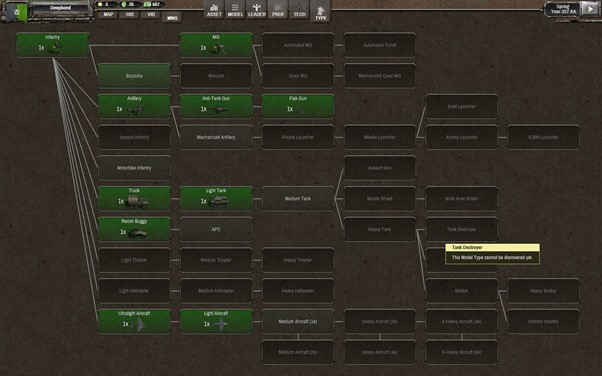 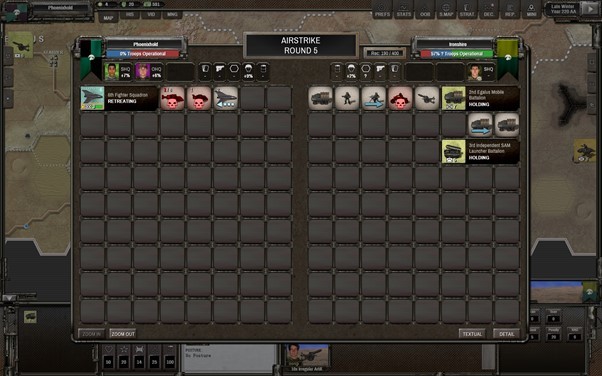 What should have been a devastating attack on the enemy ground forces turns sour when an unexpected SAM Launcher opens fire.

Aircraft come in 8 frame sizes. From the Ultralight Aircraft Model type to the Extra Heavy Aircraft Model type. The larger the frame the more engines and weight it can carry. They will also need air bases to operate from, unless you have developed VTOL technology.

When inspecting an aircraft in detail you can see that the aircraft in Shadow Empire have been meticulously modelled. 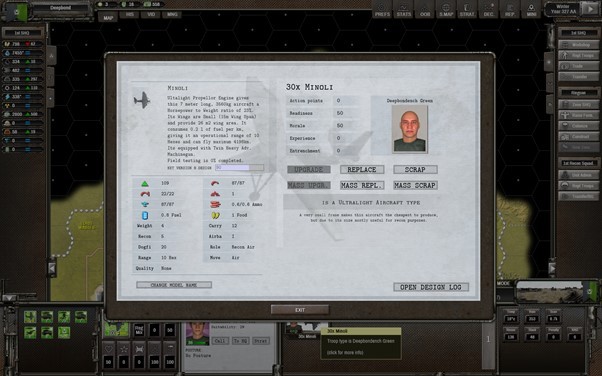 Keep an eye on the 'dogfight' score as it acts as an important modifier in air-to-air combat.

Helicopters come in 3 frame sizes. The largest one even has two rotors. All helicopters can take off and land anywhere they please, though they are notoriously slow compared to Aircraft and Thopters equipped with Jet Engines.

Thopters are superior to Helicopters in that they have the same advantage in being able to take off and land anywhere but being equipped with Jet Engines means they can have much higher speeds and thus a higher Dogfight Score. 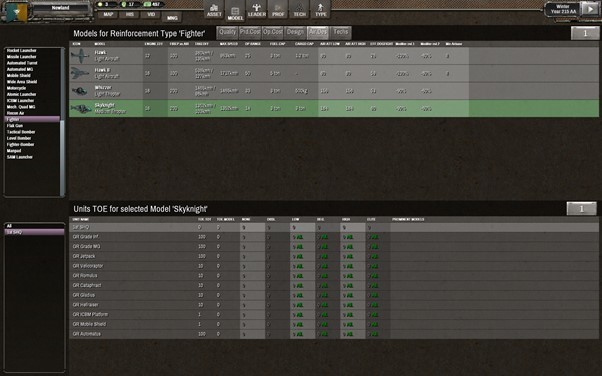 In many ways Thopters are ideal as they combine the speed of jet engines with the vertical landing ability of a helicopter.

New Air Missions
All these elements come together to grant you so many new options to rule your Empire. Build a new organization dedicated to Air Force Research and execute Air Missions. 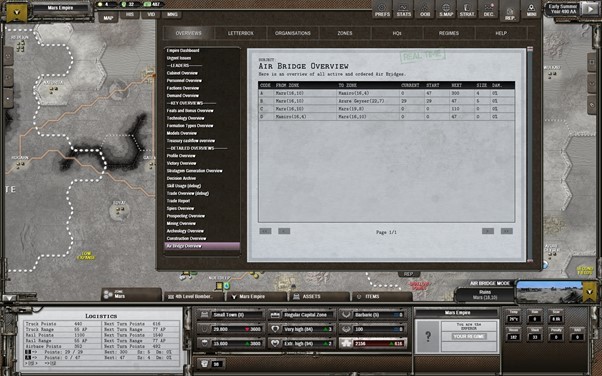 Air Bridges allow you to use your Air Force to shuttle items or troops from one hex to another. Keep in mind these operations are vulnerable to enemy Air Interceptions or Flak artillery in the operating area.