In the previous DevLog, we looked at how to generate a Planet and start a game.

In this one, we’ll take a look at the most important and immediate task that you’ll have: Expanding your little empire and ensuring its safety against possible attack.

Though in theory it is possible to co-win the game by making an alliance with the winning player, in practice that is a very risky strategy and you’d be better focusing on military conquest to win the game.

Inspecting your initial forces
A default game starts drops you in the game with only a few Militia forces under your command. 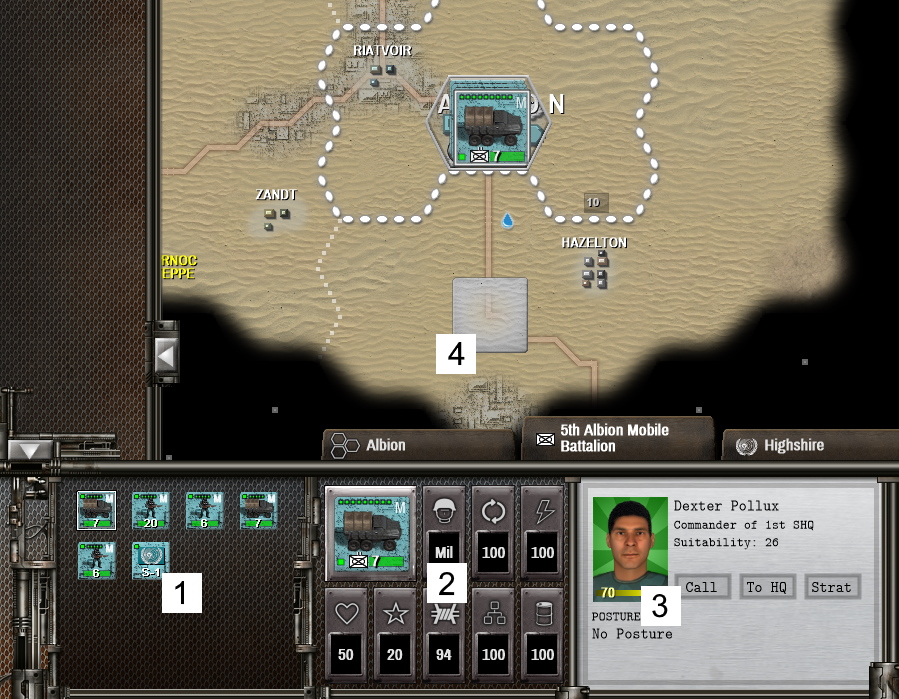 Above we see a typical game start state.

1. The Units initially at your exposure are 4 Militia battalions and 1 Militia regiment (note it has more troops) as well as your Strategic HQ (SHQ).

2. When selecting a Unit you can see if it contains Regular Troops (REG) or Militia Troops (MIL).

3. As long as your Militia Units stay within your HQ Power Range they’ll be able to receive positive effects from Operational HQ Skill Rolls. (note that SHQ Skill Rolls always apply irrespective of range between Unit and HQ)

4. Note that non-aligned Unit close to our City.

Militia forces
Militia forces might be relatively weak,. but they have one big advantage. Their recruitment and support is completely autonomous. As long as a Zone has enough Militancy score it will keep recruiting new Militia and sending you the supplies and/or replacement forces that the Militia in the field requires.

With time, the Militia will be able to improve the statistics of their Troops and they might even well start using older Models which you have developed for your Regular Troops.

Militia are rather sensitive, however, to your empire creating large amounts of Regular Troops. You can offset this by making certain Decisions, but as a rule of thumb the Militancy levels will start declining once you have constructed a sizeable Regular force.

Create some safe space around your City
Having enemy Units (like non-aligned Units) close to your City will give your initial Zone so-called Danger Points. Claiming about 2 Hexes around your City should remove any such effect. 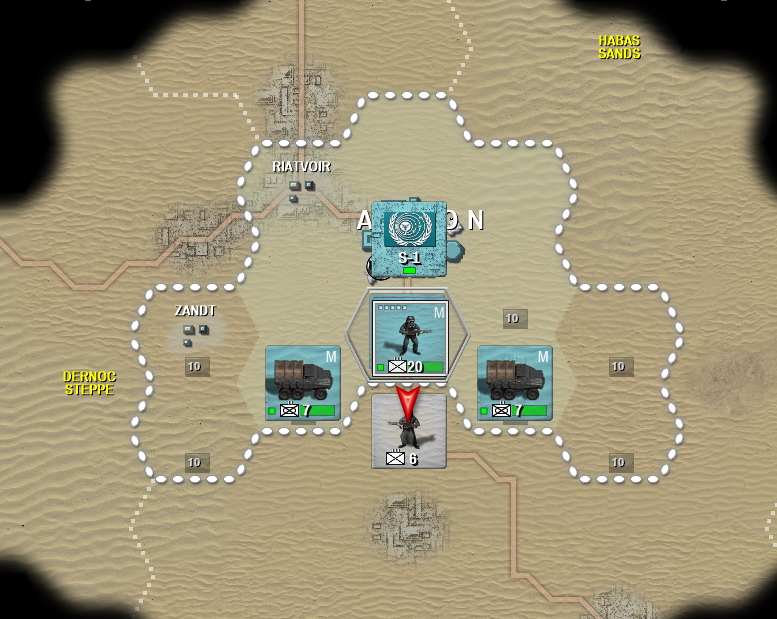