Panzer Corps Gold - A new chapter for a historic saga...

Starting on February  6th we will be retiring Panzer Corps Wehrmacht and its individual DLCs from sale. It won’t be possible to buy each individual expansion anymore after that date.

If you own Panzer Corps Wehrmacht or any of its DLCs, you will still own them and be able to download the installers and updates from the Members Area and play them.

Furthermore, we are discounting Panzer Corps Wehrmacht and all its DLCs for one week, until February 6th, so if you are missing some DLCs, this is your last chance to complete your collection, after which you will need to buy Panzer Corps Gold in order to have the full collection.

Don't miss the discounts, and check them out here. Remember you only have until February 6th in order to take advantage of these discounts!

We've also prepared a list of FAQ to better explain what will happen to the Panzer Corps 1 saga on February 6th, so if you have any question please refer to the FAQ here

6th February will be a big day for all Panzer Corps fans, as it is also the day when we will start the pre-orders for Panzer Corps 2, and we will give you all the details on pre-order bonuses. Are you ready? 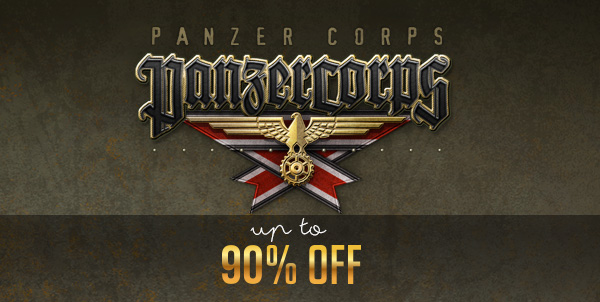