Because the upcoming Axis Operations 1943 is so jam packed with goodies, we have a very special second Developer Diary for you to get another preview of even more of the upcoming additions to Panzer Corps 2!

First off, the important news! Axis Operations 1943 is releasing the 26th of May!

With no time to waste today, we're going to jump right into a general game improvement first with...

One request we have received time and again is to increase the portrait variety of heroes the game hands out, especially from those players with highly veteran and many times imported CORE forces.  To you I say, we have new assets!

Panzer Corps 2 has expanded its German hero portrait variety with a number of new images, which should reduce the repetition of seeing the same hero image repeatedly.  This new batch of heroes is focused very heavily on Panzer and StuG crew portraits, to complement the existing infantry and Luftwaffe portraits we already have in game.  And the six images you see here are just a few of the added portraits!

This change is actually not unique to the upcoming Axis Operations 1943 campaign, but will be available to all owners of any edition of Panzer Corps 2.  Everyone should be seeing these awesome new portraits begin to appear in any German campaign they play as soon as the update rolls out. 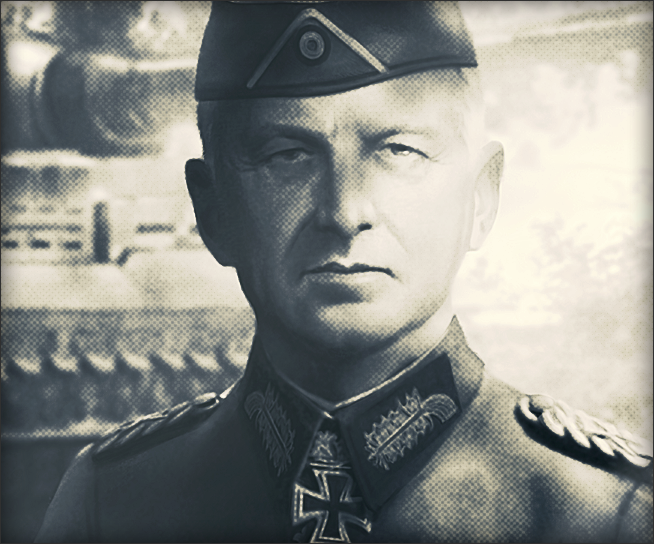 In our extensive historical research of the Eastern Front of World War II, one name seemed to come up time and time again:  Erich von Manstein.  Considered by some to be the most brilliant German military mind during this conflict, von Manstein's list of battles and victories is extensive as it was incredible.  Even before his infamous combat career on the Eastern Front, he lent his genius to the Western Front of 1940, with the so-named 'Manstein Plan' that resulted in the collapse of France in just six weeks!

We really wanted to do this historical figure justice, so we armed him with amazing looking new portraits as you can see here.  Additionally, players will get deep insight into Field Marshal von Manstein's mannerisms, thought processes, and abilities in this campaign, as we scoured many historical sources to properly represent this historical figure in the campaigns of 1943. 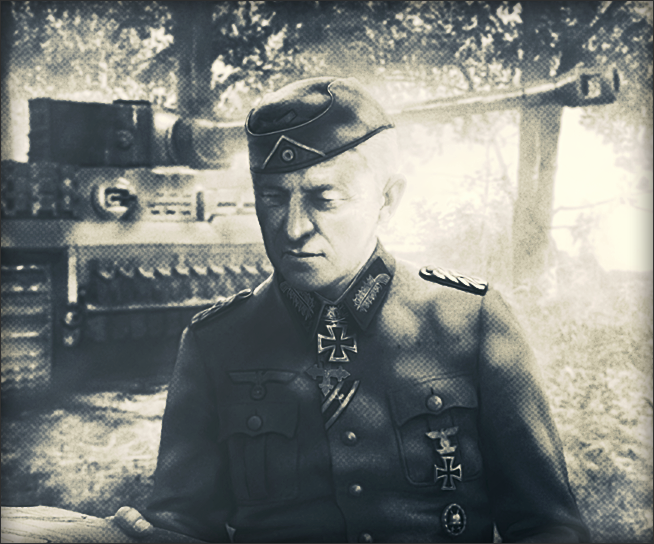 In fact, one of our BETA testers gave us feedback that described our depiction of him as  'the Gigachad himself'.  When I inquired what this tester meant by that, they elaborated with this visual they created. 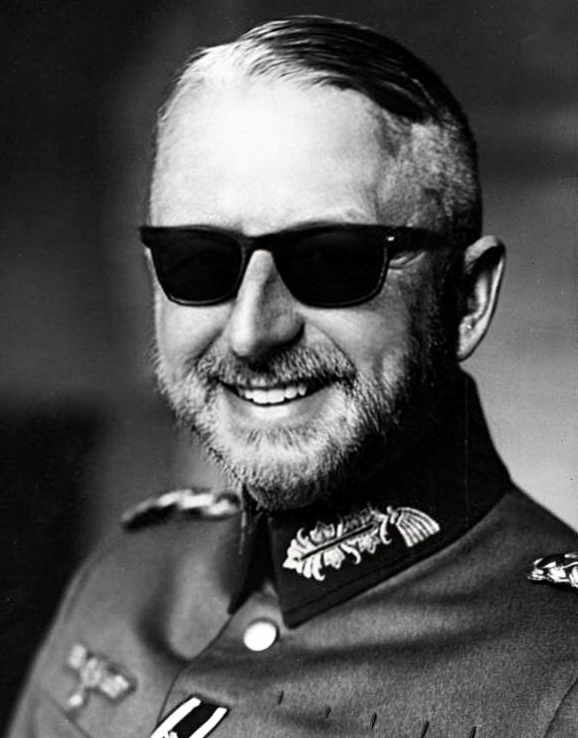 Jokes aside, this attention to historical characters definitely adds extra flavor to Axis Operations 1943, and could be an intriguing trend for future campaigns to really spotlight specific historical characters!  Maybe one day we'll see the likes of Patton, Bradley, Zhukov, or Nimitz done in such detail?

As has been tradition with the new Axis Operations DLC series, we once again have a few new units to showcase!

After the rude shock of seeing Soviet heavy tanks as early as Operation Barbarossa, German engineers were working overtime to close the gap between their Panzers and Soviet tanks.  By the spring of 1942, the first designs were being prepared, and by early 1943 they were being produced for combat!

Captured Soviet tanks had a very clear influence on these designs, as this particular Prototype Panther tank shows a very close resemblance to the Soviet T-34/76 tank. 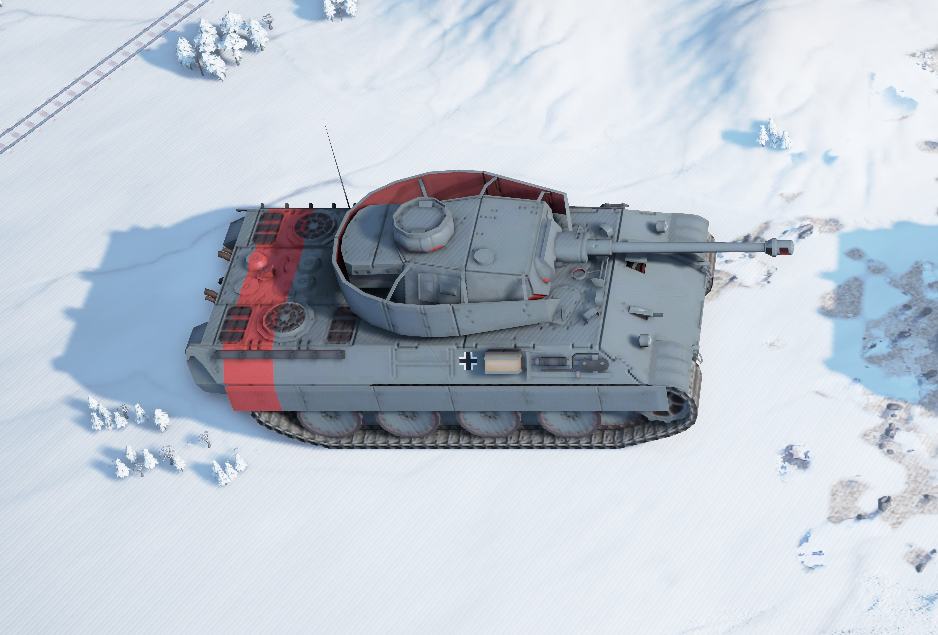 Some astute players have found this strange tank in the game files earlier than we anticipated, and now the time has finally come to talk about it!

The strangely low Hard Attack value of this vehicle is very much intended, because it is not meant to be a combat vehicle.  In fact, it is not a production model chassis at all.  This particular vehicle resulted from a myriad of circumstances.  Specifically, a shortage of Panther turrets combined with the need for frontline commanders to be better protected in an enclosed command vehicle.

So the gun in this tank's turret is actually completely inactive, a dummy weapon purely meant to intimidate any potential enemies from engaging the vehicle.  Given a certain Oberst's previous injuries during Barbarossa, this enclosed command vehicle is meant to be his new personal command vehicle in cases where he is forced to take to the field! 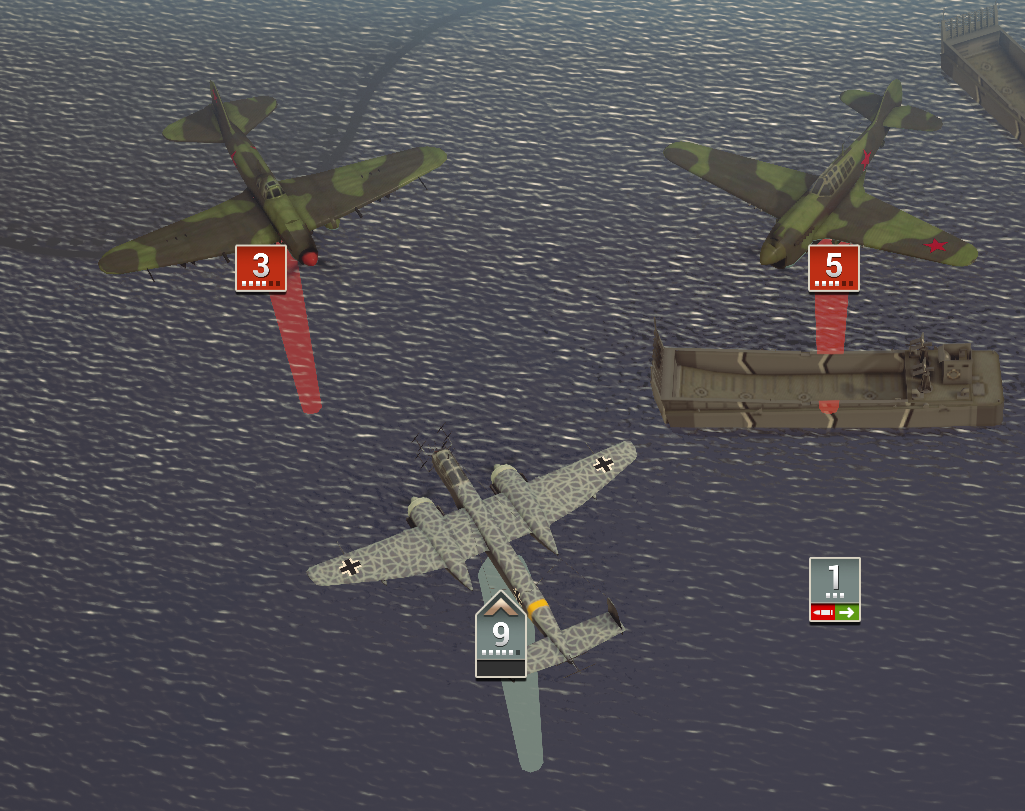 Armed with a variety of anti-aircraft cannons, including some of them orientated in a fixed vertical position to attack bombers from below, the HE-219 was an aircraft meant to take on the steadily increasing amount of Allied bombers pounding German military and industrial targets.

It has poor initiative values, making it a weak dogfighter, but air attack values even stronger than the venerable FW-190. 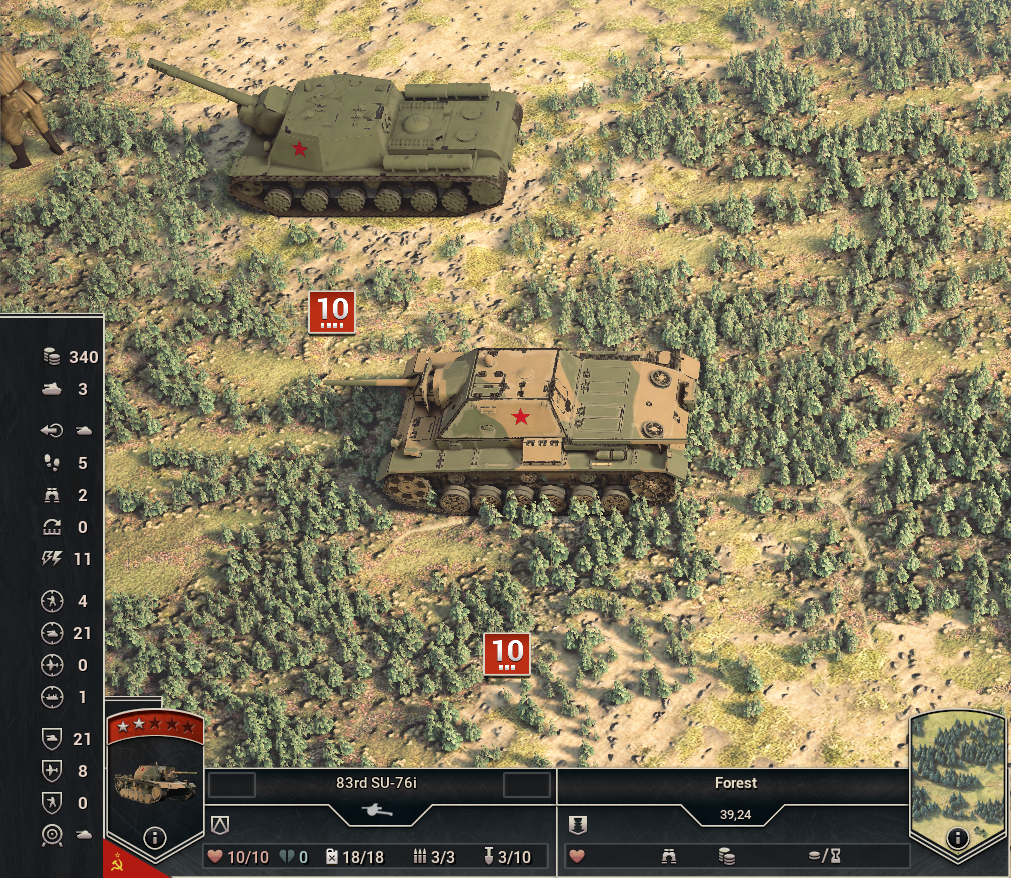 After the debacle of Stalingrad, Allied forces actually had a significant number of captured German vehicles at their disposal.  This was a first, as before this deploying captured vehicles to combat was a luxury enjoyed mainly by the Axis as they rolled across Western and Eastern Europe.

To better integrate all of their captured Panzer IIIs and StuG IIIs, the Soviets modified the captured German vehicles slightly.  While the hull of these vehicles is distinctly German, the upper structure has been re-armed with the standard 76.2mm weapon seen on many Soviet tanks. 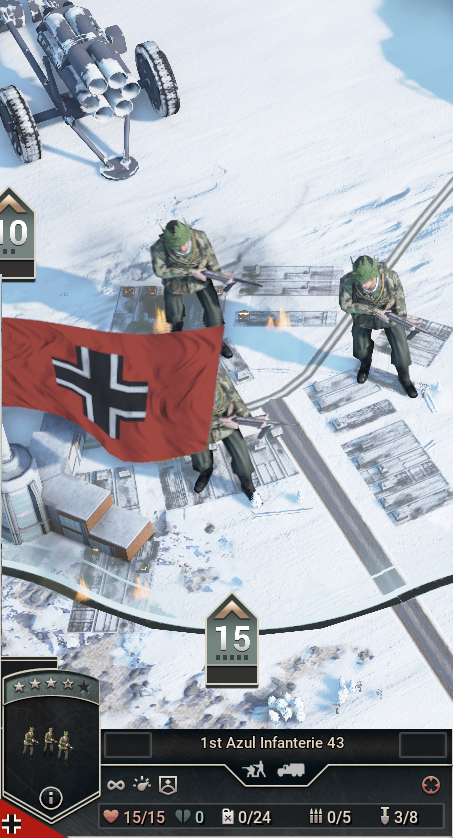 Although Spain was ostensibly neutral during World War II, the Blue Division volunteers did fight for the Axis Powers on the Eastern Front.

As other infantry units upgrade to their 1943 variants to increase their firepower, especially anti-tank firepower, so too do the Spanish Volunteers get an upgrade.

A different kind of Historical Campaigning

In the past, there has always been a lingering issue with Late War German scenario content.  The question of 'Why am I winning every battle, but losing the war?'.  We are going to finally attempt to settle this issue with the split Historical and Ahistorical Branches of the Axis Operations campaigns.

There has been a huge rethink on how scenario design and objectives are approached.  Thanks to having the Ahistorical Branch which can explore the player desire to fight and win and continuing winning now, the Historical content is no longer obliged to grant outrageous winning conditions in its scenarios.  What exactly does that mean?

Well it means by the time we get to Berlin 1945, there is probably no objective to magically defend Berlin, and miraculously suddenly turn the tide in this final hour.  The Historical Branch can now focus on being purely historical.

This probably means it is going to be a very rough campaign, that is extraordinarily punishing to players who think it possible resist the tide of history.  A lot of effort will be directed for the player to actually make history play out as it has.

For example, less objectives to Capture all Victory Hexes and clear the map of all enemies.  More objectives to say... escort a historical figure to their historical end.  Adolf Galland is preparing to surrender to the Americans, but he and his unit must not only escape the advancing Soviets, but also evade other German forces that are attempting to stop any and all surrendering of their fellow Germans!

We will only see the very first glimpses of this in the 1943 campaign, but the foundation is being set in scenarios such as Taman Peninsula where there really isn't the opportunity to win a glorious victory against the approaching Soviets, the only real path laid out in that scenario is to safely evacuate a series of very understrength German and Romanian units before they are overrun and destroyed.

As always, we are reading and listening to your feedback.  Many thousands of posts and messages have greatly improved Panzer Corps 2 for its entire playerbase, and we encourage you to continue to share your thoughts and wants for the game into the future!

Axis Operations 1943 is currently wrapping up its BETA testing, and we want to give a special thank you to all of our BETA testers for their hard effort to help us make each installment of Panzer Corps 2 content the best it can be!

We hope you enjoyed this extra look into even more of the new additions coming in the Axis Operations 1943 campaign.  Even more surprises await in the campaign itself, so prepare your Panzers for its imminent release!