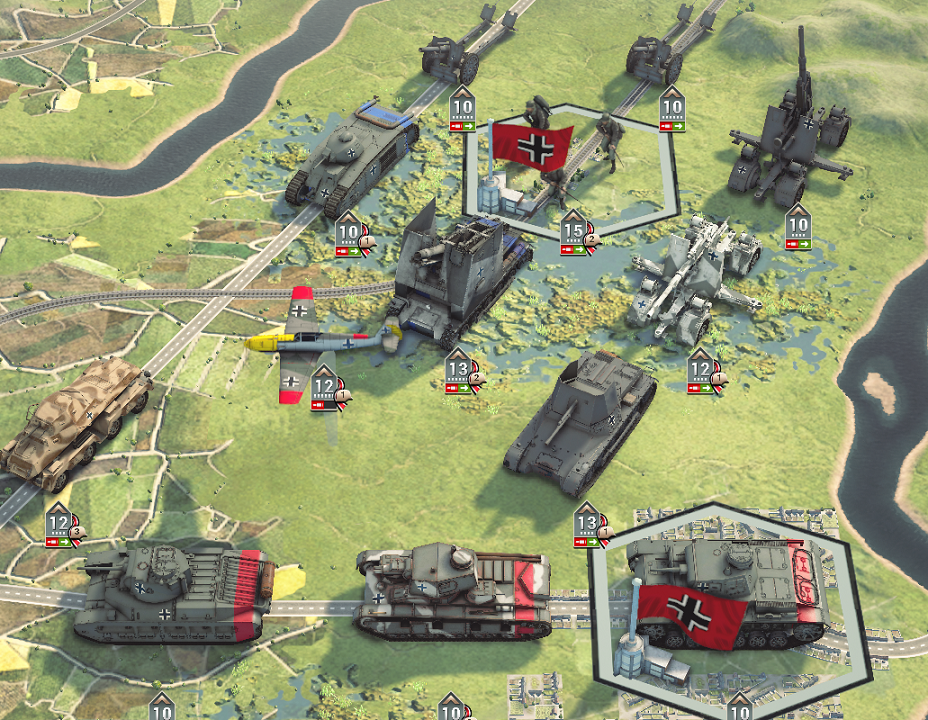 First detailed look into Axis Operations 1940
One of the most burning questions repeatedly asked of us is what will become of the current content chain, the Axis Operations?  Last we left off, they've barely entered into the year 1940, stopping just short of Norway.

To get right into it, we're going to be covering new features in this third chapter of the Axis Operation Grand Campaign, reveal more new unit models being added to the game, introduce a very different kind of AI ally, and more!

As always, our primary mission with ongoing Panzer Corps 2 content is to provide our players with more fresh and exciting twists to the gameplay that they already thoroughly enjoy.

One of the best ways to do that is to continue to innovate with new types of missions and objectives, such as this one:

We have a mission objective to find and locate friendly units.  Time to get those recon units out, it's a big map out there to scour in search of a missing Panzer Division!

Not only do we have more new objectives, there is an entirely new scenario type being introduced:  Training scenarios!  These scenarios provide our players with a chance to fast track experience on newly purchased or badly damaged units, encounter some very unique situations, and make special preparations for the battles ahead. 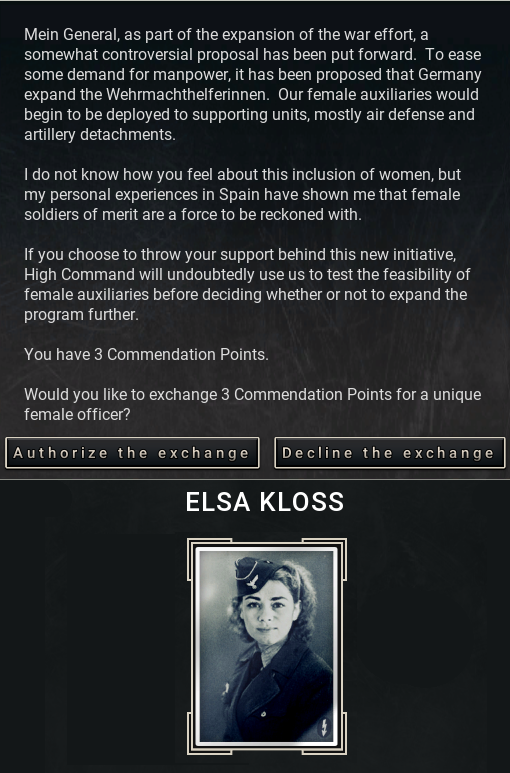 But standing in your path will be more numerous and more powerful enemies.  From special RAF fighter Squadrons to Charles de Gaulle himself and more, the Allies will test you do everything in their power to stop your blitzkrieg in its tracks. 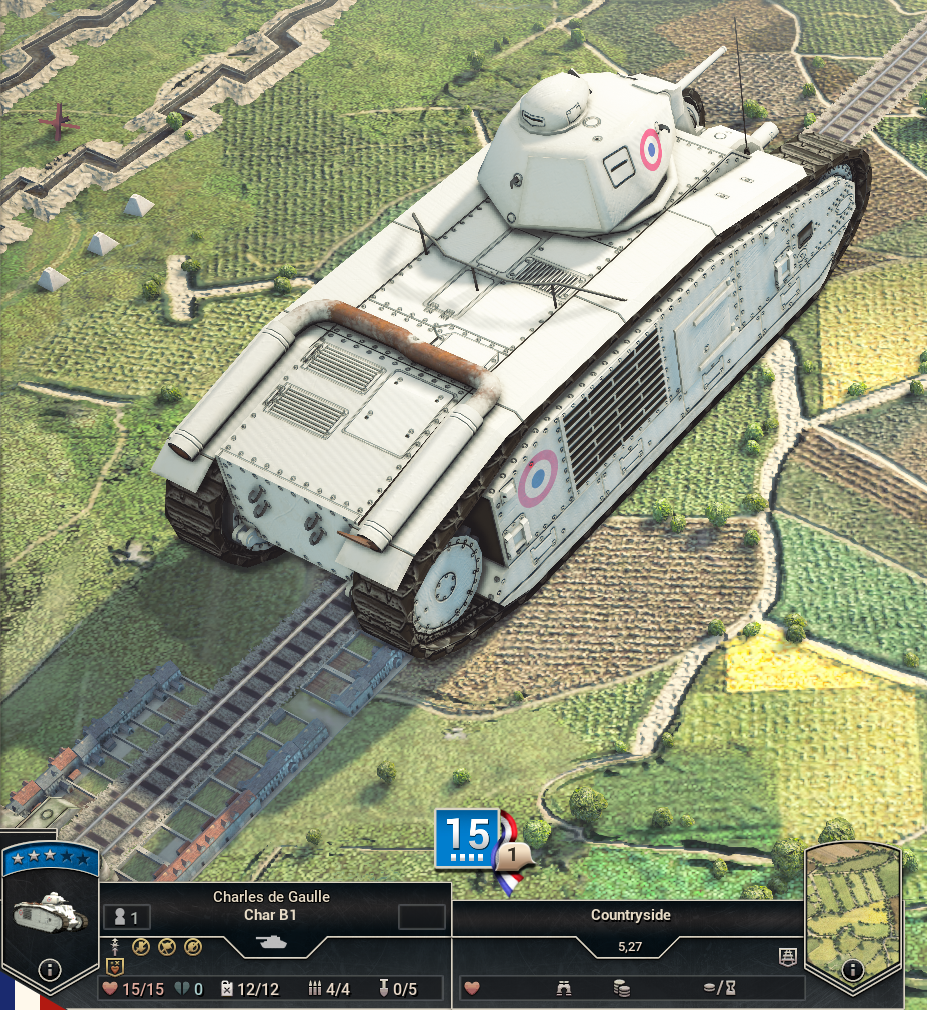 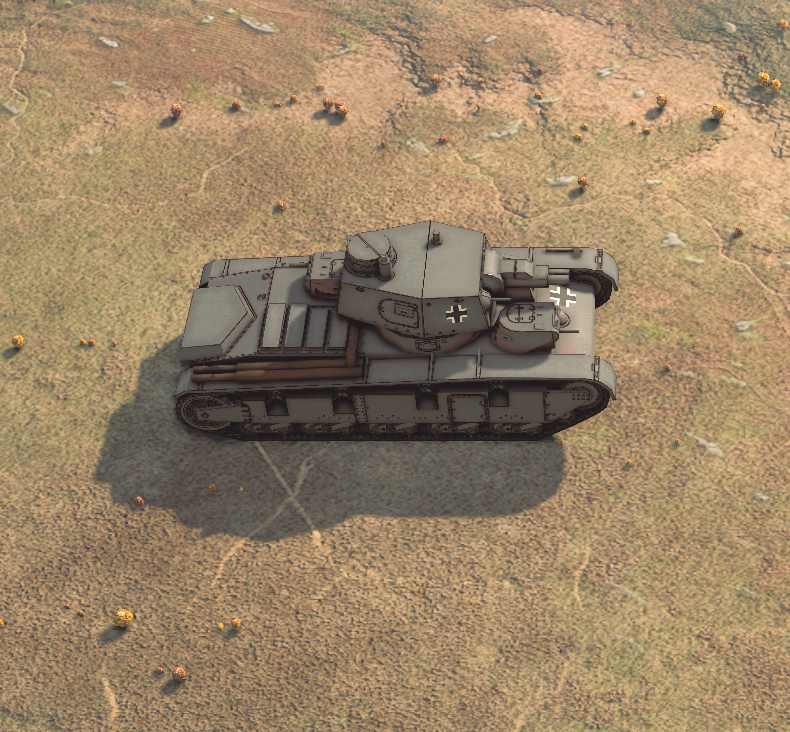 •             More Wehrmacht theme content naturally leads with a very unique German tank; the extremely difficult to pronounce Neubaufahrzeug.  This large, multi-turret vehicle was a German experiment with heavy tanks.  Unlike some late war paper Panzers that only exist on drawing boards, several Neubaufahrzeug were actually constructed and participated in combat action in Norway.
•             Despite their overwhelming firepower, their slow speed and surprisingly light armor did not make for an impressive showing, and future German heavy tank experimentation would have to wait before following a different design philosophy... 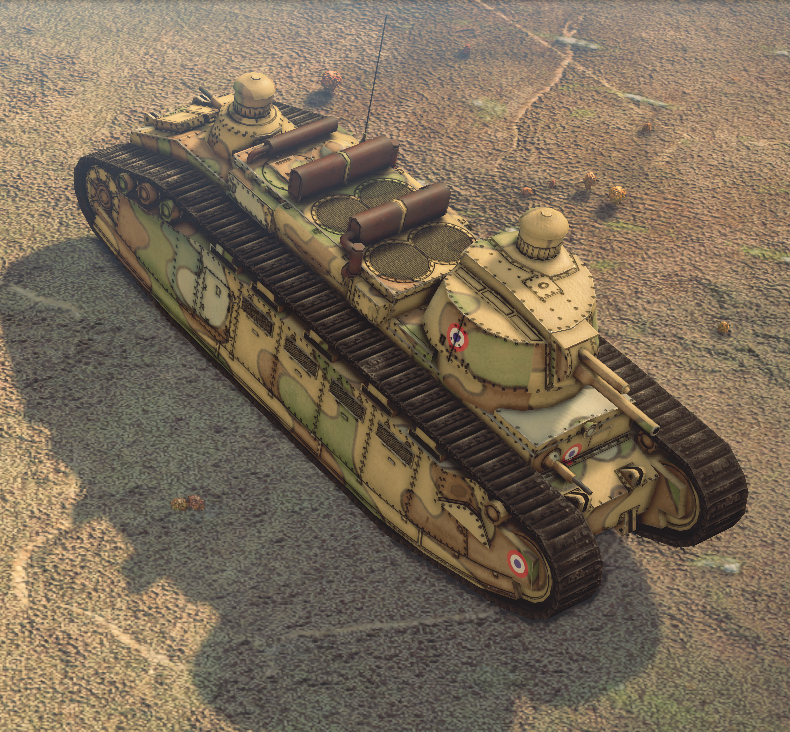 •             The largest constructed and operational tank, not just of World War II but of all time, makes an appearance in the France 1940 campaign.  Despite their astounding size and outrageous 69 ton weight, these vehicles were somewhat antiquated by the time World War II had begun.  They were available for, but did not take part in, the failed Saar Offensive because of the impracticality of their design.
•             Unlike the Neubaufahrzeug though, the Char 2C boasted impressive armor surpassing even that of the Char B.  Somewhere out on the battlefields of France you and your army just might run into this behemoth of a vehicle, so make sure your Stukas and 88s are at the ready just in case! 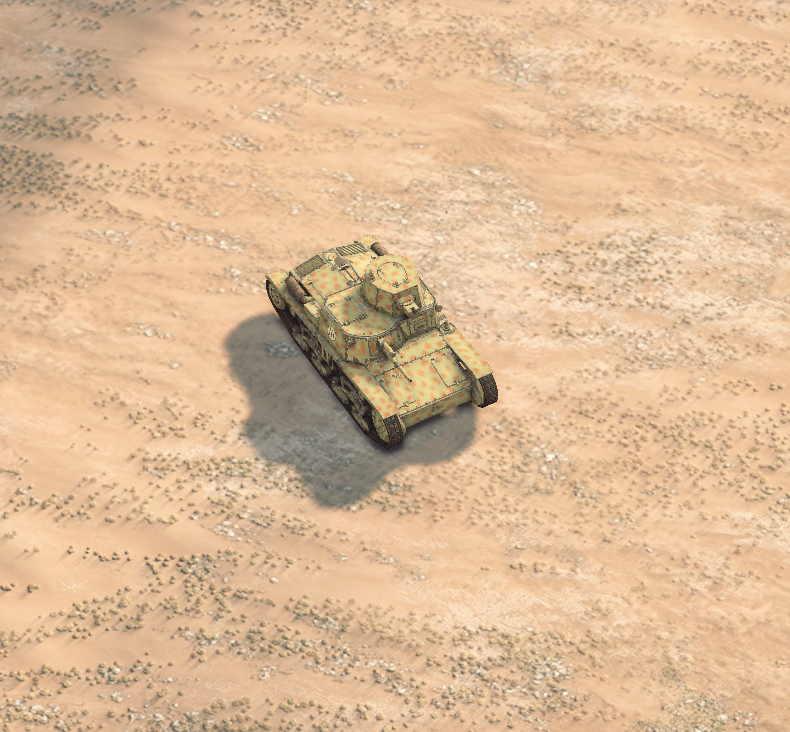 •             Predecessor to the more widely known and somewhat decent Italian M13/40 medium tank, this unit will be getting a unique model instead of having to borrow the skin of the M13/40. 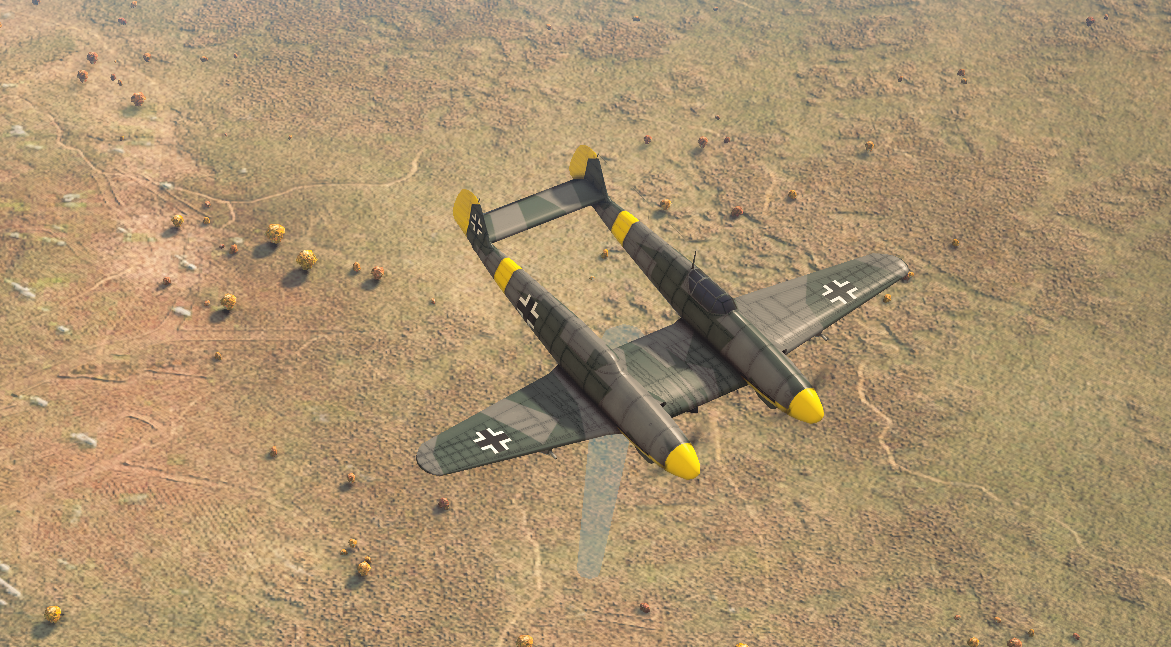 •             A very experimental design attempting to boost the range and firepower of the excellent Bf-109 by attaching two of them together.  Very few of these aircraft were ever actually built, but it is likely they might have been formidable fighter-bombers and bomber killers.
•             How you might get your hands on this experimental prototype remains to be seen. 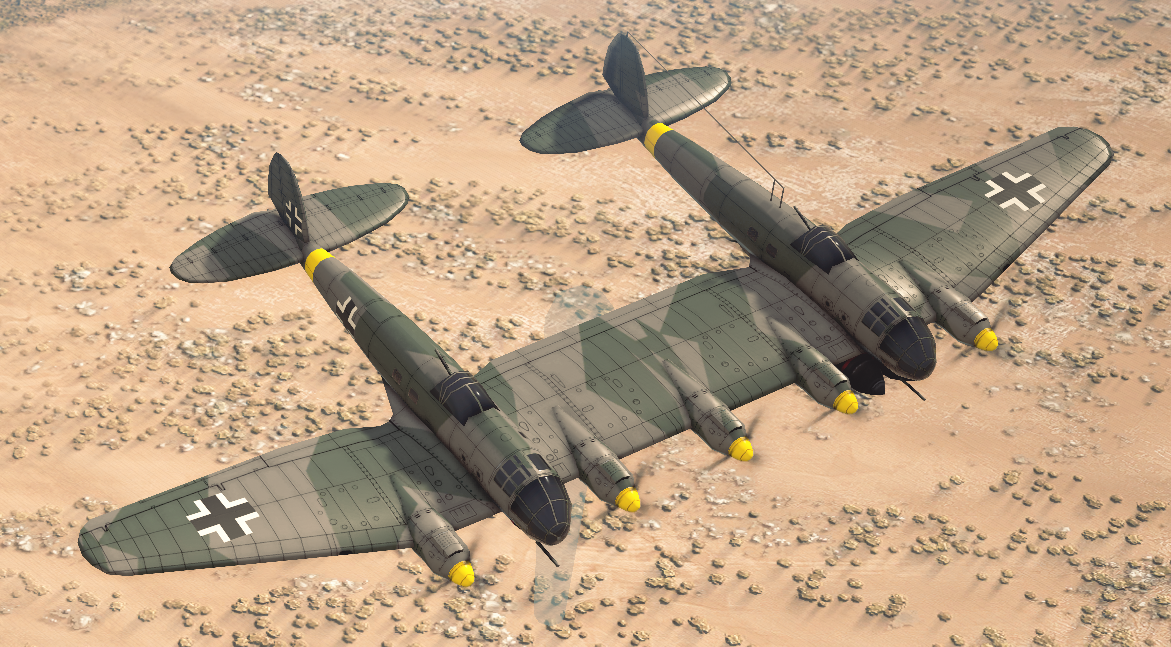 •             What happens when Germany realizes their long range, heavy bomber force is non-existent?  Trying gluing two existing medium bombers together!  Like the experiments with the Bf109z that would follow, the He111z was an attempt to fill new aircraft roles with extreme modifications of existing ones. 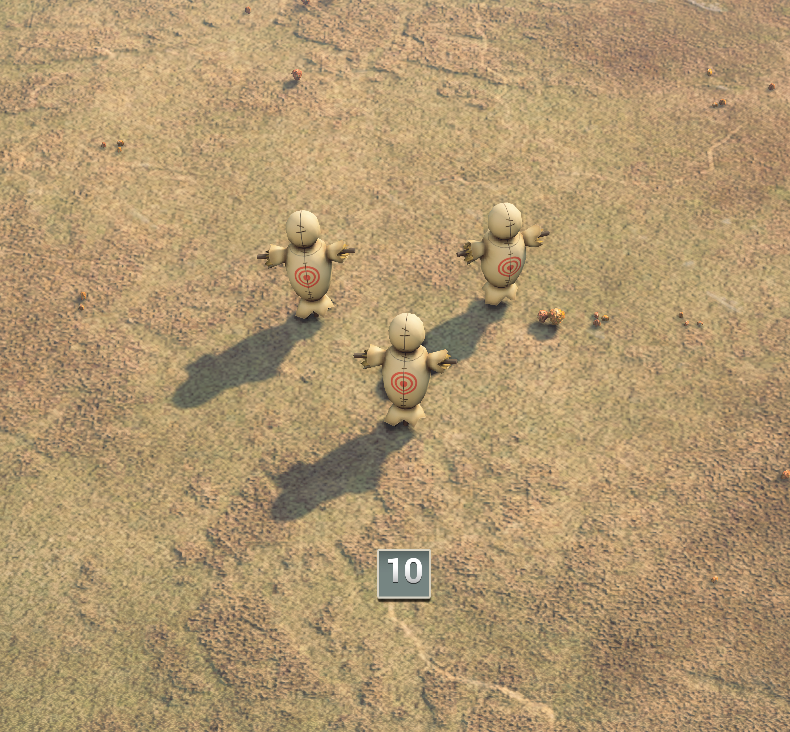 •             We couldn't have training scenarios without target dummies.  Engage in target practice with these units to turn those 0 experience recruits into well disciplined and starred troops in no time!

These are only a few of the new models being added to the game that will appear in Axis Operations 1940 or the near future.  There are still even more, but this is all we have time to spotlight for the moment... 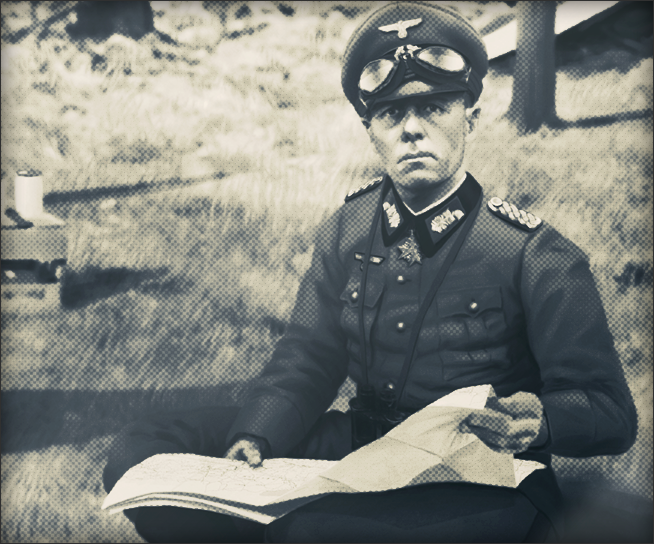 While it would be a few years before Winston Churchill would utter this famous quote about the German General now best known as the Desert Fox, the truth is that Rommel's military career was incredible even before he set foot in Africa.

During the Battle of France in 1940, Rommel was commander of only a single division, the 7th Panzer.  By the end of the campaign, the division would earn the nickname of Ghost Division.  They would earn this name for their ability to seemingly appear out of nowhere, much to the surprise and devastation of the Allied efforts in France and even to the shock of the German High Command who on more than one occasion lost track of their advance from the sheer speed of it. 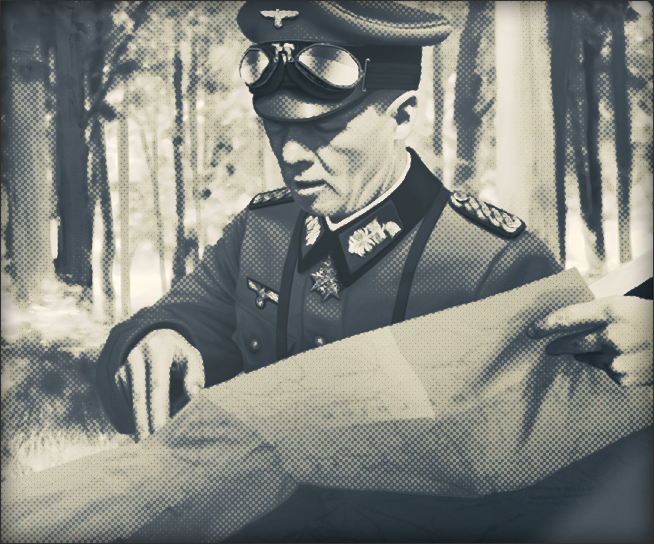 To explore this incredible historical figure's campaign through France, one of the biggest features of the 1940 campaign will be your opportunity to fight alongside Rommel and his elite 7th Panzer Division across multiple scenarios.

Rommel will participate in briefings and join your forces on the battlefield.  To make sure Rommel and the 7th Panzer are given their historical dues, their forces are comprised of Elite and Overstrength units, and their AI scripts and settings are the most advanced that Panzer Corps 2 has ever seen. 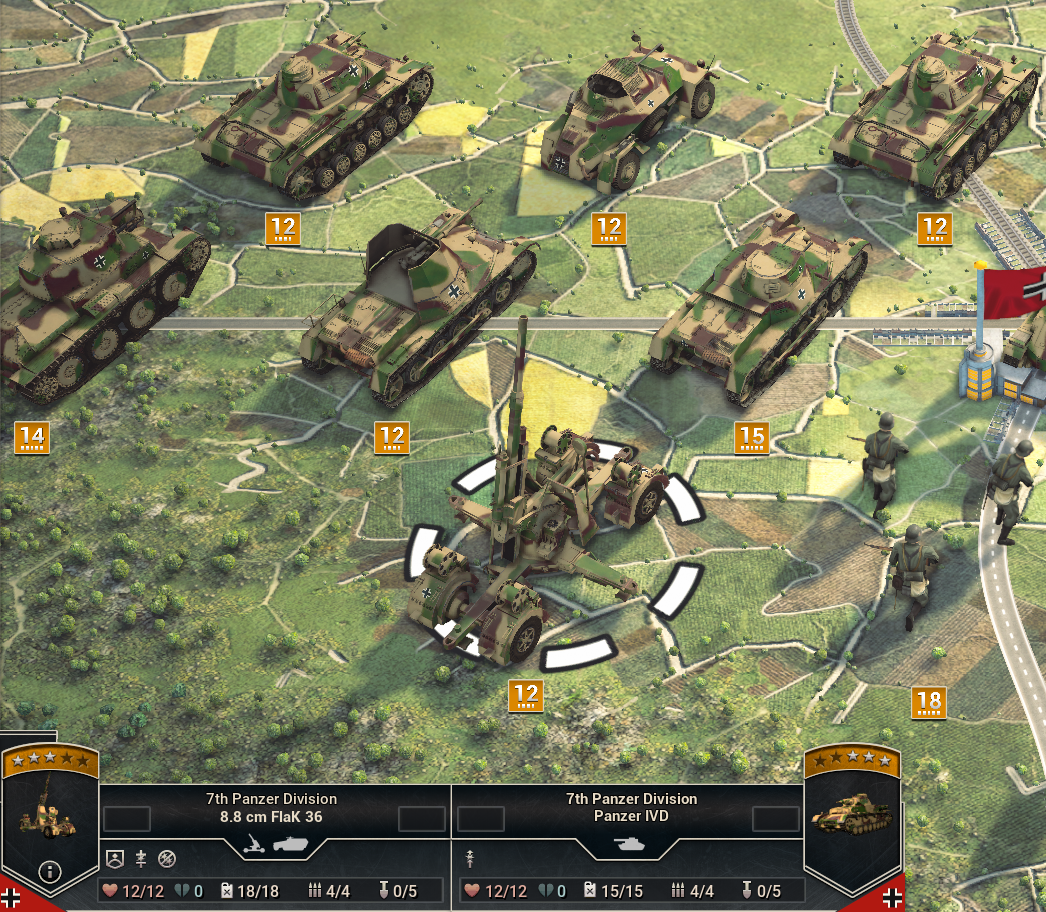 Fall back when damaged to refit and repair... 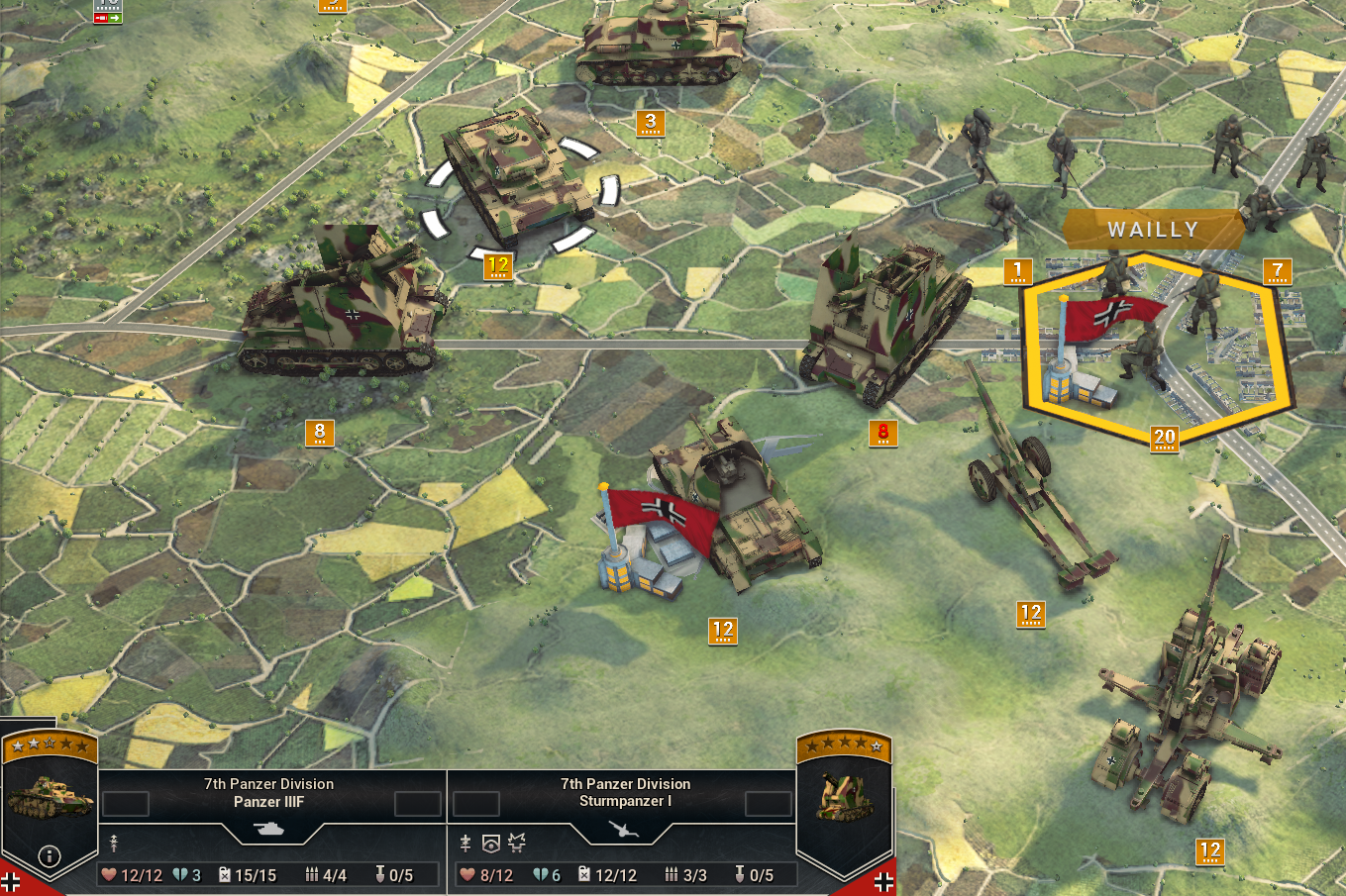 And even help participate in performing humongous encirclements of enemy forces! 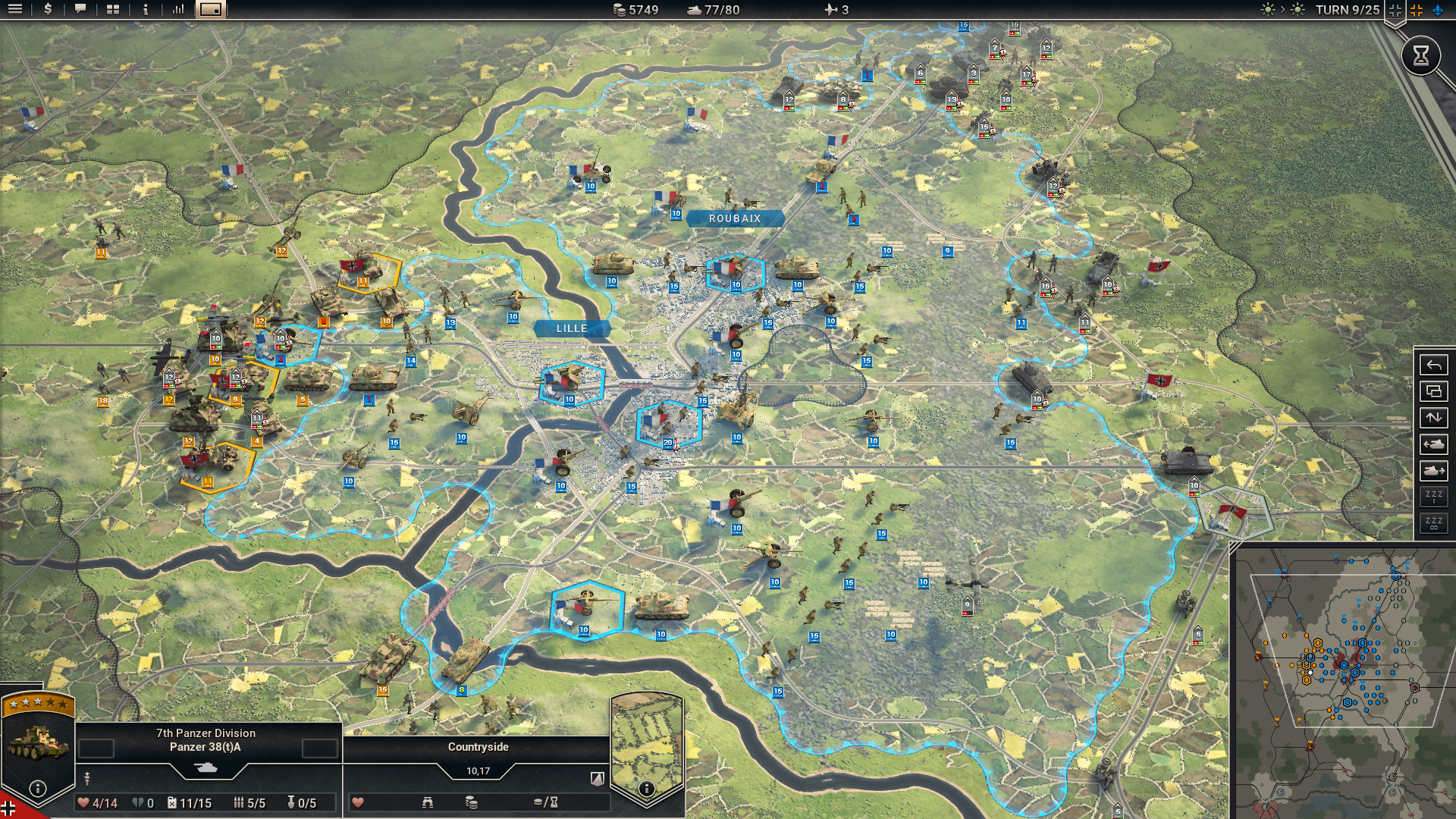 All of this should combine to provide the player with a very powerful AI partner for a part of their campaigning experience!

Your Feedback
As always, we are reading and listening to your feedback.  Many thousands of posts and messages have greatly improved Panzer Corps 2 for its entire playerbase, and we encourage you to continue to share your thoughts and wants for the game into the future!

In fact, when some eagle eyed community members spotted a bit of an issue with Holland in an earlier screenshot, we made it a priority to make sure it's going to get adjusted while the campaign continues to be put through testing... 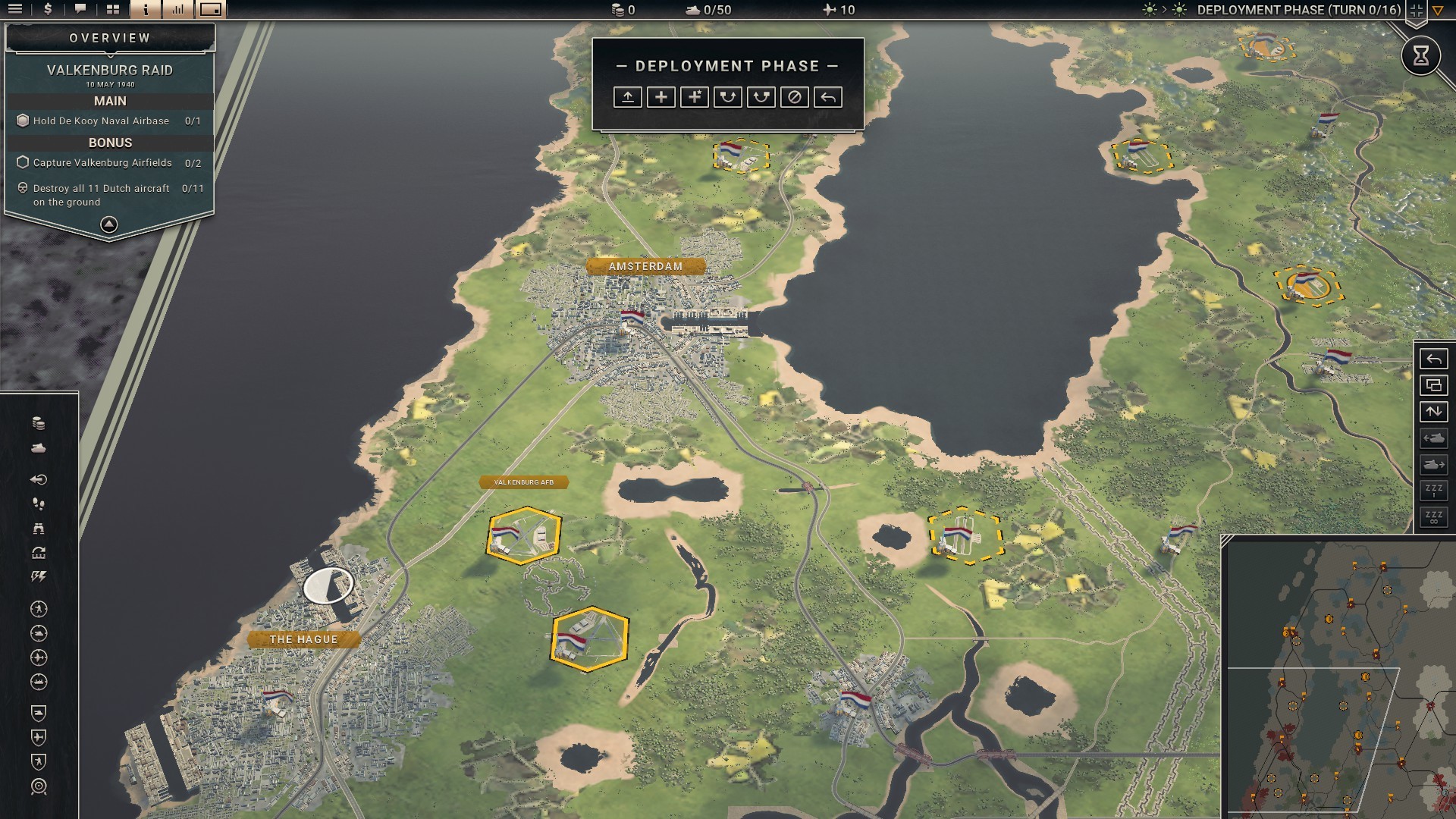 Conclusion Teaser
We hope you enjoyed this extended preview of the upcoming Axis Operations 1940 DLC and look forward to returning your units to combat soon.

Axis Operations: 1940 is currently finishing it's testing phase, and is scheduled to deploy in early December 2020.

But to those players who have been pining for some non-Axis Campaign content...  It's still too early to say anything concrete on this, but just know that we have heard you, and it's absolutely on our radar!