Order of Battle is coming to PS4

Order of Battle is coming to PS4 on August 19th. 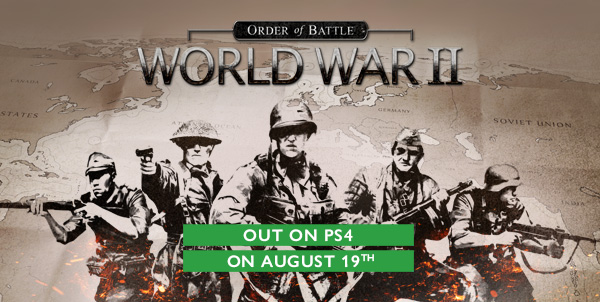 The PlayStation version will release at $19.99, and it will include the full Blitzkrieg campaign, one of the most popular Order of Battle expansions, which is distributed on PC as a separate DLC.

All the other premium campaigns previously released on PC will be available for purchase as separate DLCs on PS4 starting on August 19th.