The Nuclear War Simulator includes a number of modern nuclear weapons delivery systems. It simulates the most important characteristics of these delivery systems like the range and timing of the impacts. In NWS you can mount ballistic missiles, cruise missiles and gravity bombs on submarines, TELs, silos and on aircraft enabling the simulation of the most relevant modern delivery systems.

Ballistic missiles are one of the most widely used nuclear weapons delivery systems. After launch, they accelerate leaving the atmosphere and then move through space on a ballistic trajectory. Intercontinental ballistic missiles (ICBMs) often carry not one but multiple warheads that can be targeted independently (MIRVs). The acceleration phase and the movement on a ballistical trajectory are reproduced in NWS making realistic time-of-impact and radar detection estimations possible. Individual MIRVs can be distributed inside of an elliptical area on the ground approximating the targeting limitations of real systems. 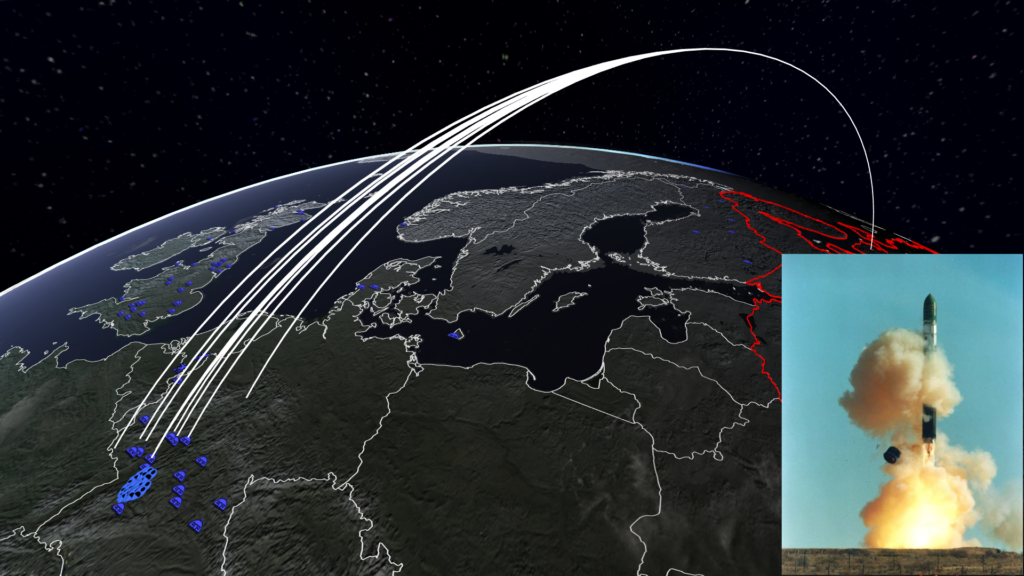 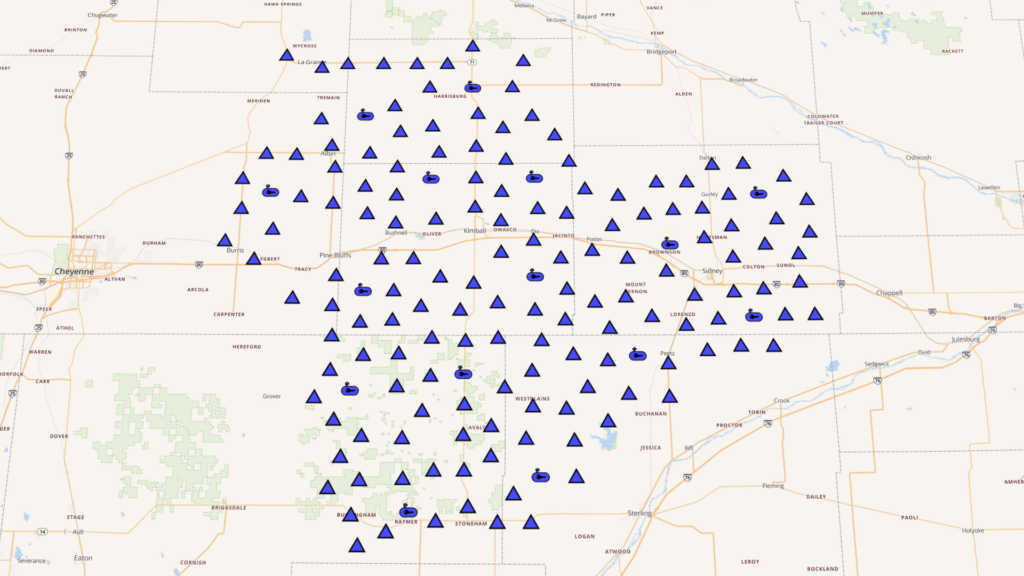 Silo-based ICBMs are often hardened but remain vulnerable because their position is known and they can be destroyed by blast or they can be buried by crater ejecta.

In order to improve survivability, many countries resort to mounting the missiles on mobile transporter-erector-launchers (TELs). The TELs can be parked at their base, they can patrol an area and they can be dispersed in crisis. This behavior is reproduced in NWS. 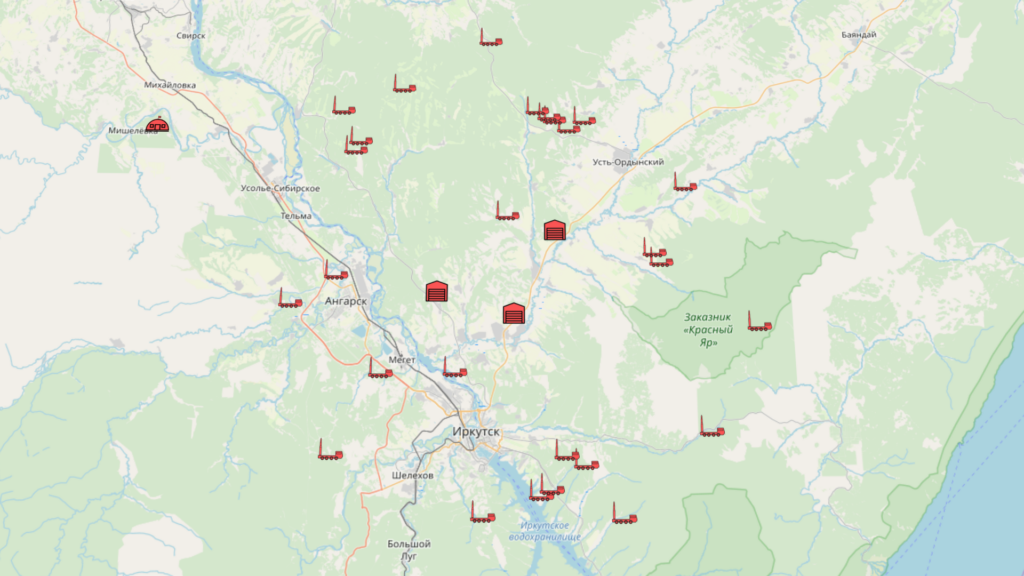 Another option is to transport the missiles on a submarine. Similar to TELs, the submarines can patrol an area and be dispersed in crisis. They usually carry multiple ballistic missiles with multiple warheads each. 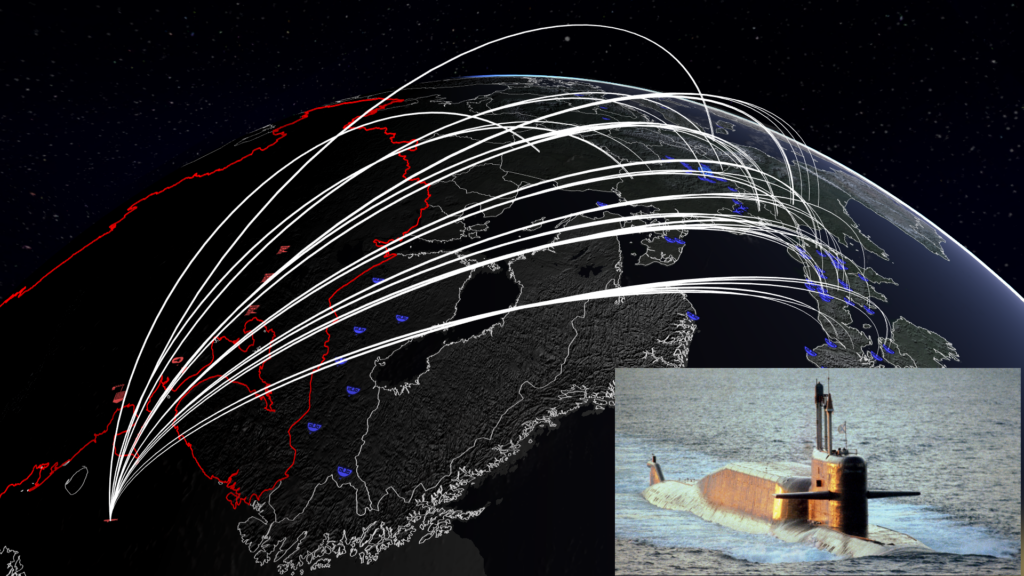 Some ballistic missiles can be delivered by air to extend their range. One such missile is the Kinzhal recently deployed by Russia. The missile is carried by aircraft through the atmosphere (blue line) and then follows a ballistic trajectory after release (white line). 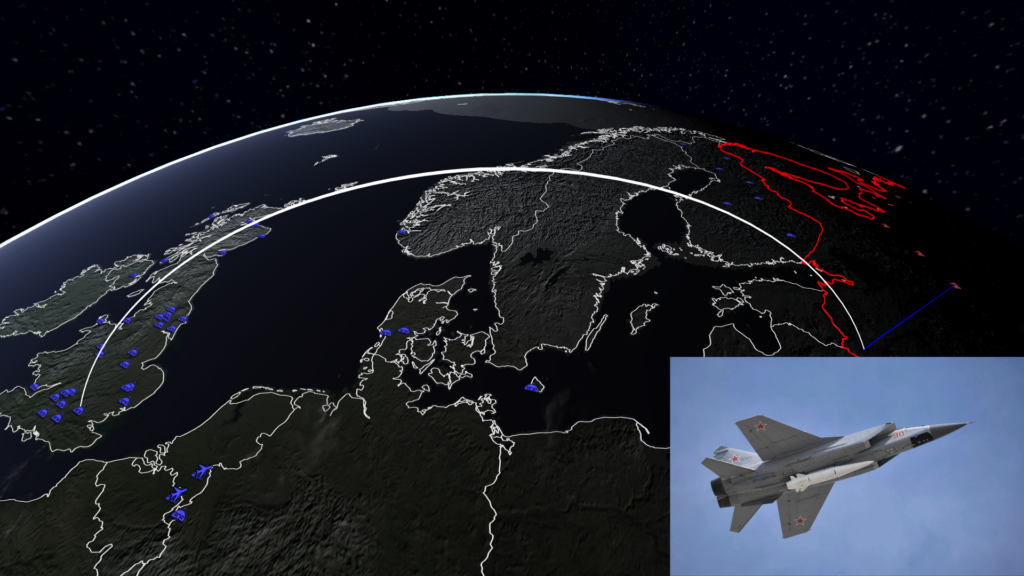 Russian and US strategic bombers can carry a number of air-launched cruise missiles. The missiles are transported by the aircraft (blue line) and then released before entering hostile air space and then travel autonomously through the atmosphere (yellow lines).

Tactical nuclear weapons can be delivered as gravity bombs and dropped from aircraft. Because the gravity bombs have no propulsion themself, they must be carried to each target by aircraft (blue line).