Diplomacy is an integral part of the Master of Magic gameplay. It refers to the interaction between the Wizards. This interaction ranges from the initial meeting, to trade agreements, peace treaties, throwing out threats or joining an alliance, as even though there can be only one, sometimes it is a good strategy to work together to beat a common enemy. All of this is of course handled by the AI that decides how and when a Wizard will react to the player and to other Wizards. In the original game, there were a lot of things that never really worked beyond the concept, so we hope our AI will bring to life the ideas of the previous designers.

The AI behaviour is based on the concepts from the original, so there will be the six personality types : maniacal, ruthless, aggressive, chaotic, lawful and peaceful. Based on those personalities the Wizards will have modifiers to their behaviour both in tactics and diplomacy. So a peaceful Wizard will be much more likely to try and have a treaty with you, and much less likely to resort straight to violence, while a maniacal one will be almost the opposite, quick to attack and generally paranoid.

One mechanic that we expanded on is trade. In the original Master of Magic, you could exchange or bribe the opposing Wizards with spells and that was that. We decided that this mode of exchange was fairly limited, and so we added more options.

In our Master of Magic, you will be able to trade other things, like Mana, Gold or artefacts. Furthermore, the ‘price’ you may receive for such trade will also depend on various factors, like: your relationship with the Wizard, their Personality and their current ‘need’ for the object you are offering.Furthermore, when you do trade things that are valuable to the opposing Wizard, their relationship to you may increase/decrease accordingly. So the Ai may make special offers for something among player wares that the Wizard needs at the moment more than other things. The AI will bump up the trade value of that offer above what it will normally offer for it and it will try to trigger trade when it has such need. 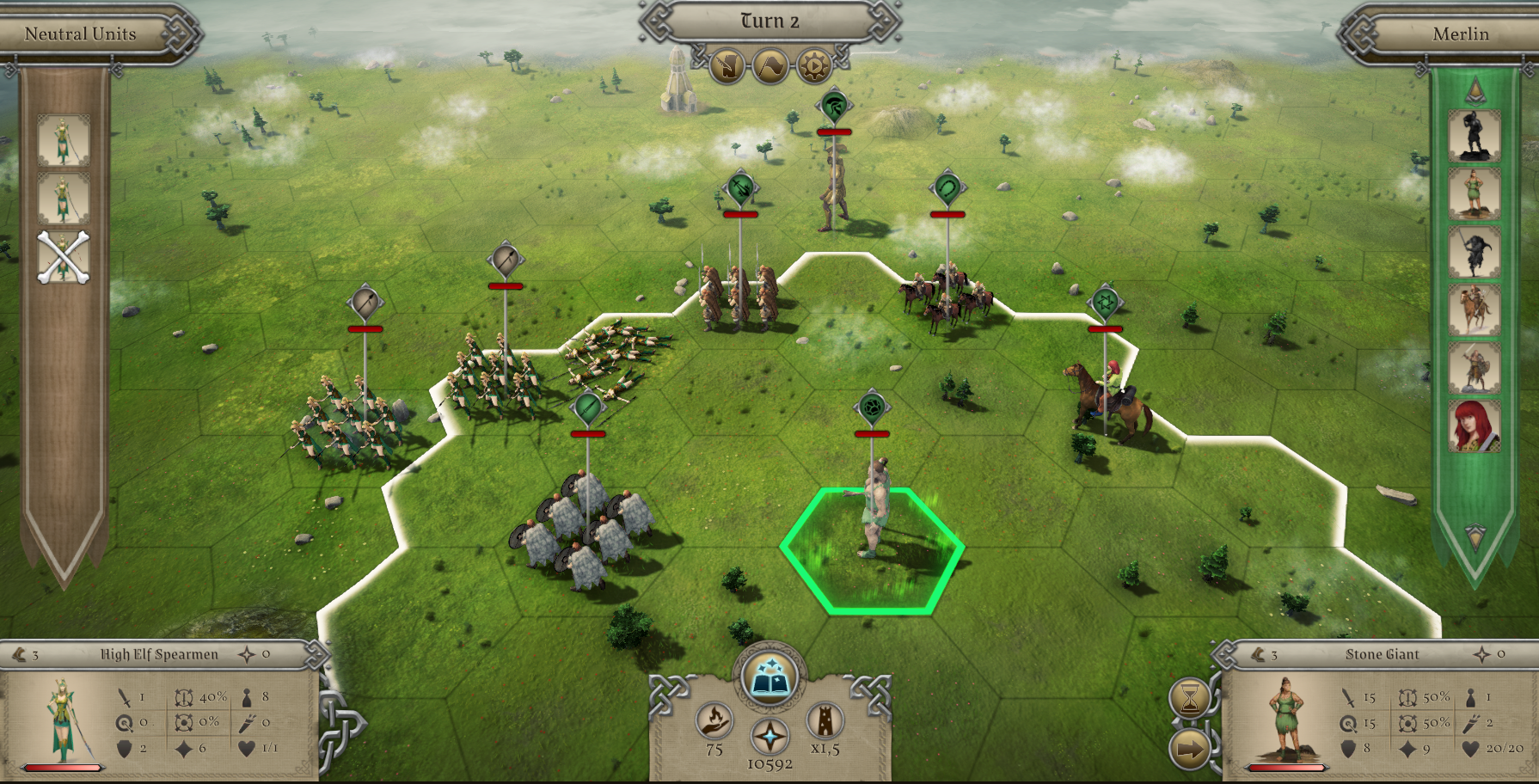 Work in Progress tactical battle map. You can also zoom out more, for a broader view of the combat.

We had a lot of people asking about combat in Master of Magic, so we’ll share some of the progress we have in that area. The reason this topic was not mentioned much before is really that we have not changed the battle mechanics much. Still , let us go through how tactical battles work.

1. Before you enter a battle, you have a choice to either fight manually,or to use the auto resolve (the possible outcomes are visible, so you can make an informed decision) 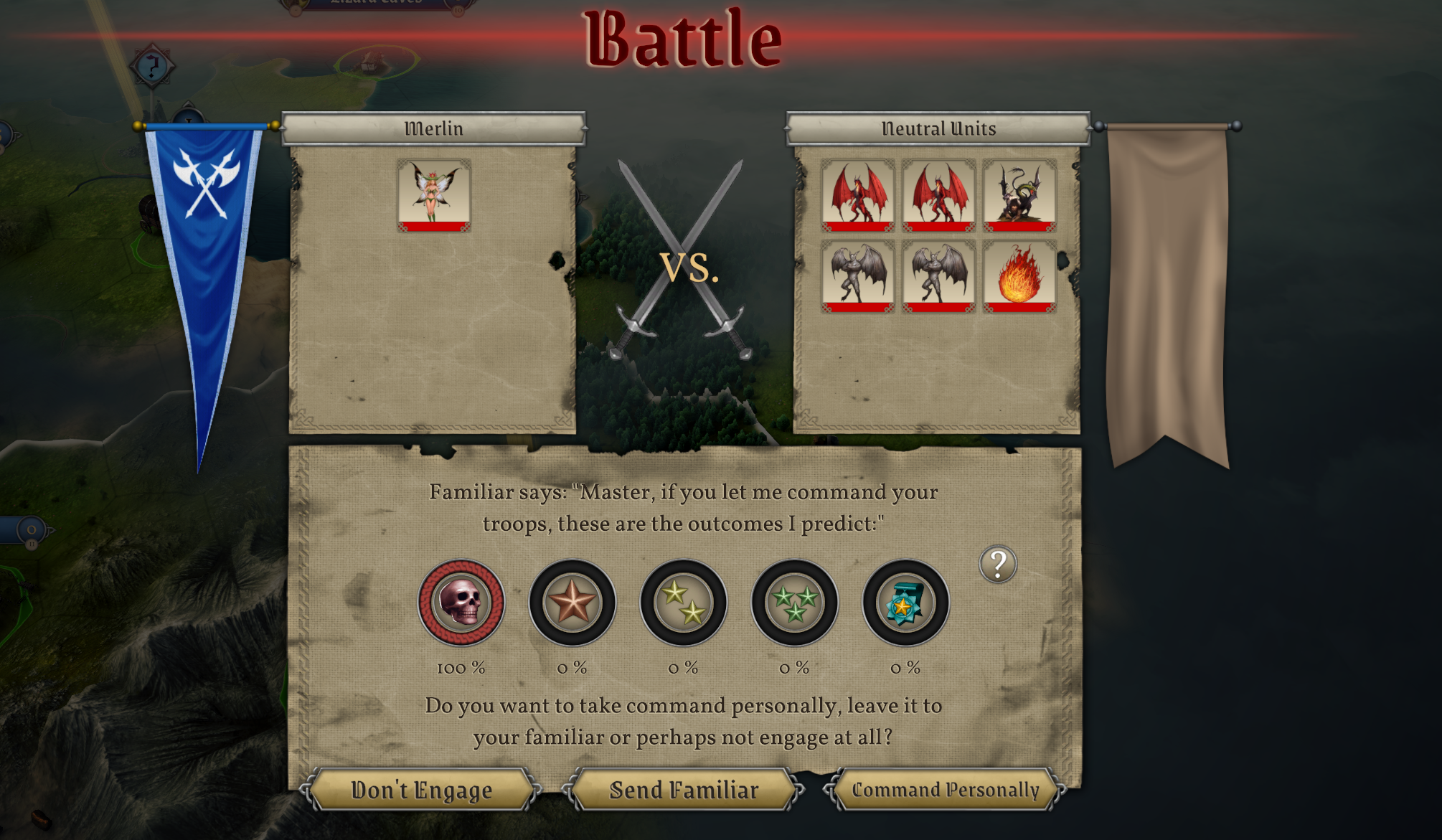 2. Entering into combat takes you away from the world map and into the tactical map.

3. The tactical maps are also hex based.

4. You enter combat with the maximum of nine units from the world map, and if you have the full set, you cannot summon additional units via spells (apart from taking over enemy units).

5. Power nodes have special effects on them that modify the combat. For example:  Chaos node has boosted stats (resist, attack and defence)  for Chaos units and non Chaos spells are dispelled (or attempt to be dispelled).

6. Other location modifiers may also come into play in combat, so for example, city enchantments or fortifications.

7. Combat on water is limited to units that can move on water or fly. Units that cannot take part in the combat will remain in the ship.

8. Each figure in a given unit attacks the enemy and vice versa (apart from exceptions to the rule, of course).

9. Units can have a variety of special skills and abilities that can be used in battles.

10. You can use your spellbook to cast combat spells, and some units will also have their own spell books for use. You can also have enchantments that you cast on the world map that will carry forward into the combat.

Work in Progress tactical battle map and Spell book with all the combat spells you can use.

11. You can turn autocombat on.

If you flee from combat early enough, you may get away without a scrape. 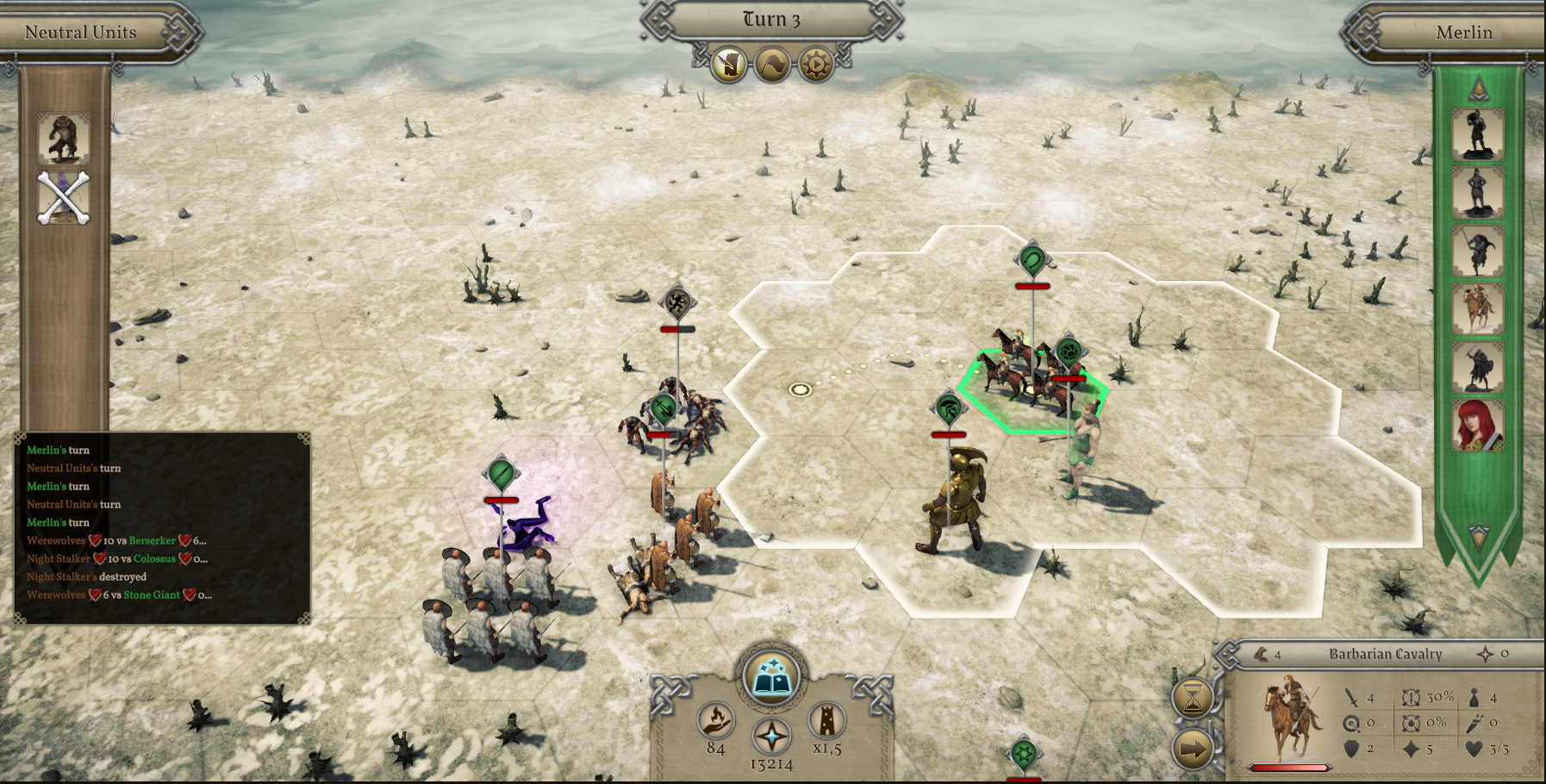 Work in Progress tactical battle map. The combat log displayed on the left provides details of the combat.

14. And of course the key element is the AI that decides how your enemy reacts to the combat, what spells to use and when, and what tactics to use to beat you.

That is where we are with our combat at the moment. All of the skills and spells (there are a few world spells in the queue, and invisibility is still causing a few headaches, but apart from that...) from the original are now implemented and awaiting the true test of player feedback once we reach the Beta stage (which we hope should be soon).