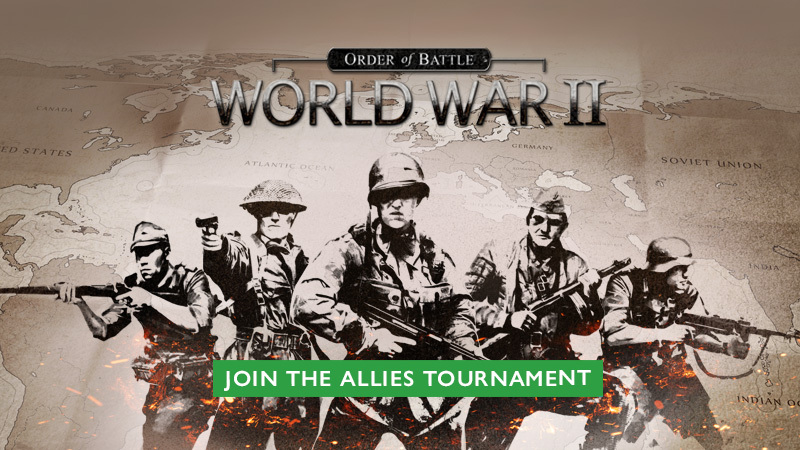 The Order of Battle “Allies” tournament will start on October 27th.

The tournament features three scenarios, the last two of them brand new. All battles are fictional to keep the maps more balanced, but they also reflect the course of the Allied campaigns in North Africa and in Italy 1942-43.

• Sandstorm at the Oasis (August 1942) - In this scenario, the British have to battle both German and Italian Forces on a desert map, while periodically occurring Sandstorms pose additional challenges to each side.

• GIs vs. Bersaglieri (January 1943) - This new scenario depicts American and Italian forces in a struggle for control of a few important roads through the Atlas mountain chain in Tunisia. The map is a mix of mostly desert, rough desert, hills, and mountains, so movement is limited to certain paths and needs to be planned carefully.

• Muddy Beachheads (September 1943) - British and American forces have established beachheads in a surprise naval landing on the Italian coast. As the Allies aim to expand their gains Axis forces attempt to stop them. The area is parted by a river, so control of the few bridges is crucial. The map also allows air deployments, and the Allies enjoy a slight advantage in command points and resources. After many days of rainfall, both sides have to deal with muddy terrain, though.

Sign up to test your skills and climb the leaderboard!
All you need to do is opt-in here and own at least one Order of Battle DLC.