How to research and improve Satellites in ICBM

Knowing the position of your enemy assets is essential to improve your chance of winning a match in ICBM. Radars are a good option to detect and intercept enemy facilities and weapons, but they are relatively vulnerable to attacks and they have a limited range of effectiveness.

You can research and build Satellites to greatly improve your knowledge of the other continents’ strategy: satellites can’t be taken down with artillery, and they can observe larger territories. 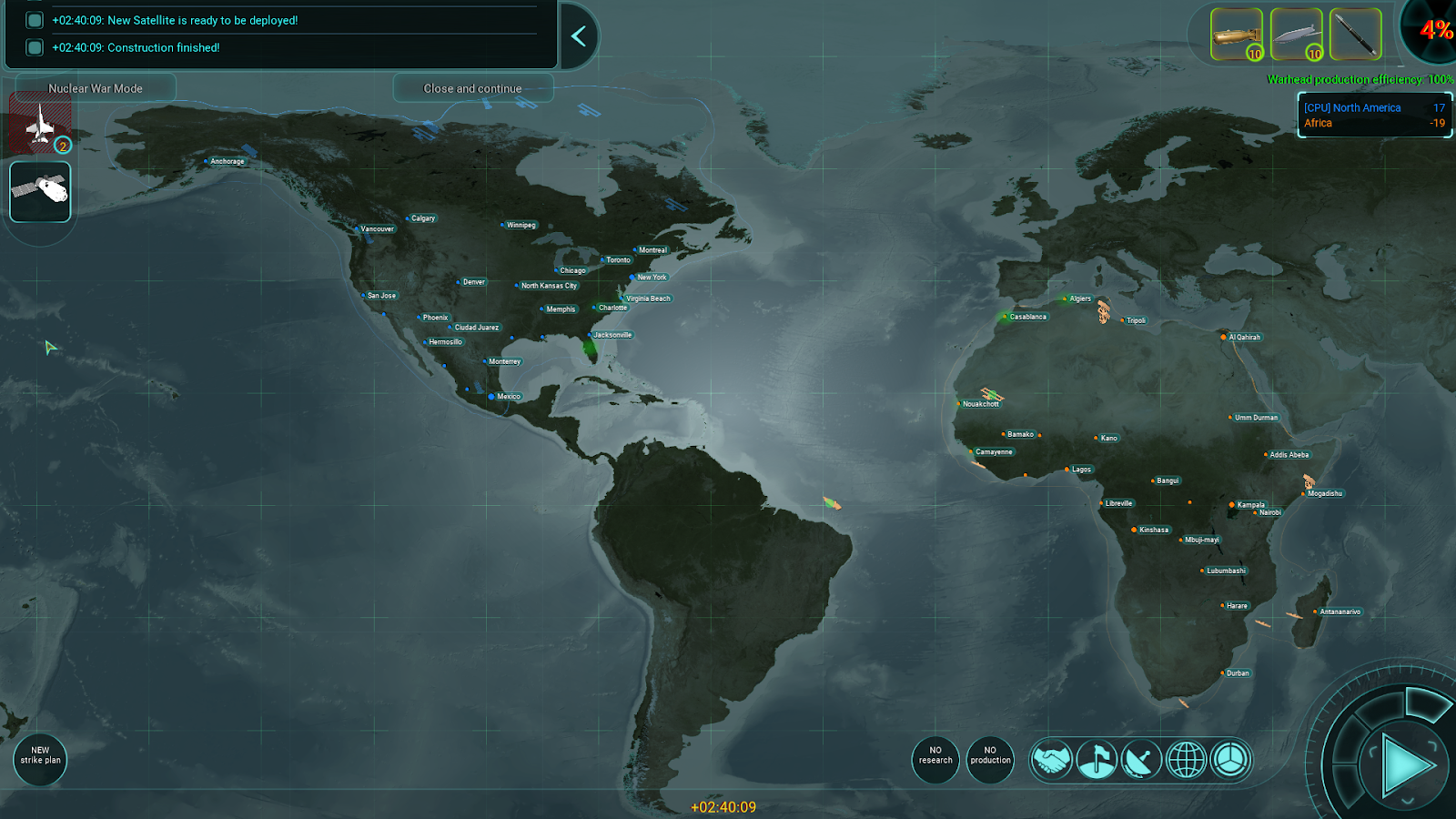 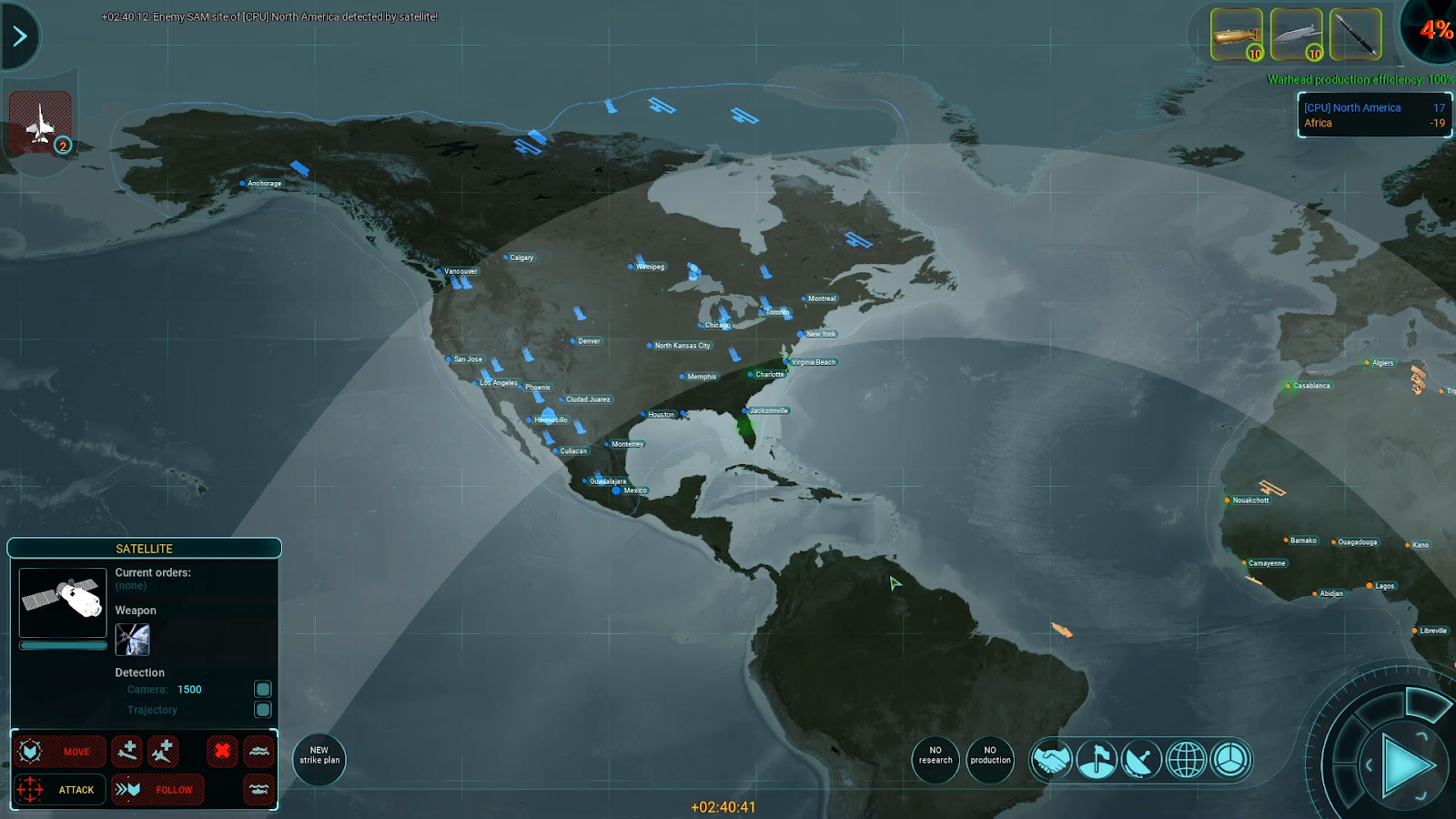 The Same Portion of Territory Before and After the Satellite Deployment

How to deploy Satellites

When you deploy a Satellite, ICBM gives you more deployment options compared to any other unit in the game. Any time you build and deploy a new Satellite, you can establish its trajectory and its height.

Setting up the trajectory is a mandatory step to deploy a new Satellite. You can set it up both in map view and in globe view. In any case, its trajectory follows the natural curvature of the Earth. Choose it with care as you won’t be able to change it later. 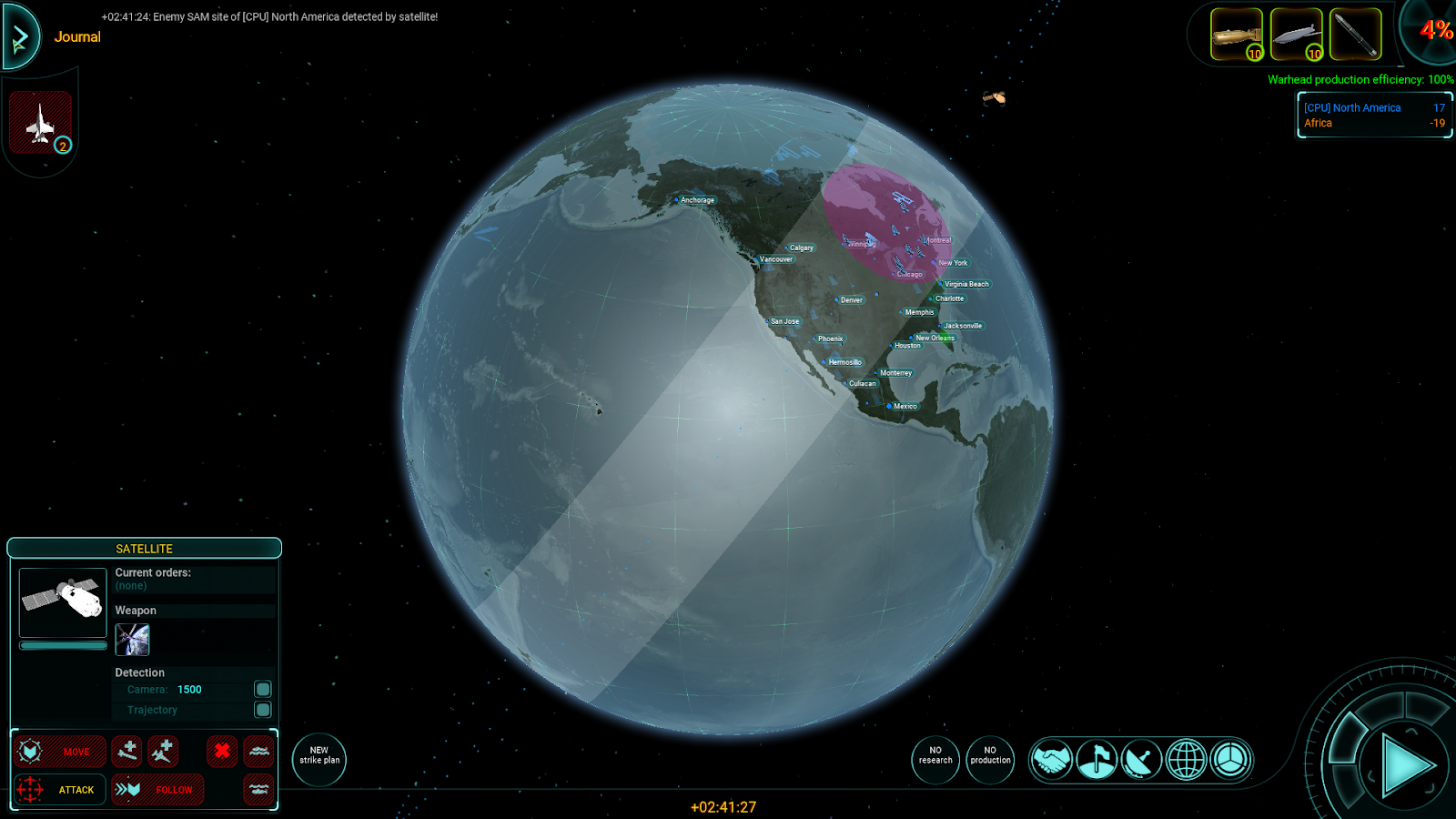 The same Trajectory in Globe View

The Satellites’ height can be set up in globe view only. The higher the height, the longer it will take to complete a full rotation around the Earth. If you deploy a satellite in map view, the height is automatically set to the minimum.

Basic Satellites, though, aren’t fully capable of taking clear images of key objects. To unlock their full observation potential, take one more step in the research tree and research Advanced Optics: this technology replaces the regular optic system with an optic-electronic one and with panchromatic, infrared and multispectral images. Once researched, Advanced Optics automatically apply to all your Satellites, that become able to control both space and hidden objects on the surface. Planning a surprise missile attack will no longer be an option for your opponents.

Even if there are no operative orbital weapons systems in the real world, strong lasers with nuclear cores could theoretically destroy warheads while they're in the space stage of their trajectory. This is why in ICBM, Satellites can be used not only as a key part of your intelligence but also as defence weapons.

After researching Advanced Optics, you can research Laser Weapons to allow your Satellites to intercept enemy warheads in flight.

The only way to get rid of a Satellite standing in your way is to research ASAT (Anti-Satellites Weapons), special missiles specifically designed to destroy enemy satellites. You can launch them with Missile Silos and Mobile Missile Silos from the ground, or with your Cruisers from the sea.

Don’t forget that to unlock Anti-Satellite Weapons, you need to research SAMs, ABMs and Space Radar first. You also need to have a Space Radar to be able to see the satellites above your territory.

Join the Discord server to chat with the developer and have a look at the product page.