Yesterday has been an important day for us: the year’s biggest live event, the Home of Wargamers Live+ Winter Edition went live on our Twitch channel.

We had tons of fun, many new strategy games were announced, we gave updates on games in development and it was also an occasion to celebrate our community.

You can watch the full event here:

Slitherine and Skydance Media announced the development of Terminator: Dark Fate - Defiance, a new real-time strategy game set within the reinvented franchise. The game follows the war between humanity and Legion's synthetic intelligent machine network. In the single-player campaign, players take the role of a commander in the Founders faction and guide their army to foil Legion's plan to destroy humanity. In skirmish and multiplayer modes, three very diverse factions are available: Founders, Legion and Resistance. The game is set to be released on PC in 2022.

Headquarters World War II is a new turn-based platoon-level wargame set in the aftermath of the D-Day landings. Headquarters World War II is a fast-paced turn-based strategy game where your battlefield tactics are as important as your army management skills. Experience both sides of the war, battling in Europe as the USA, the UK, or Germany. Storm bunkers, occupy houses, win tank duels, or set up ambushes for the enemy armor. All units and scenery are created with the finest attention to detail using Unreal Engine 4 to achieve a very realistic visual style with state of the art graphics. HeadQuarters World War II will be available in 2022 both for PC and consoles. 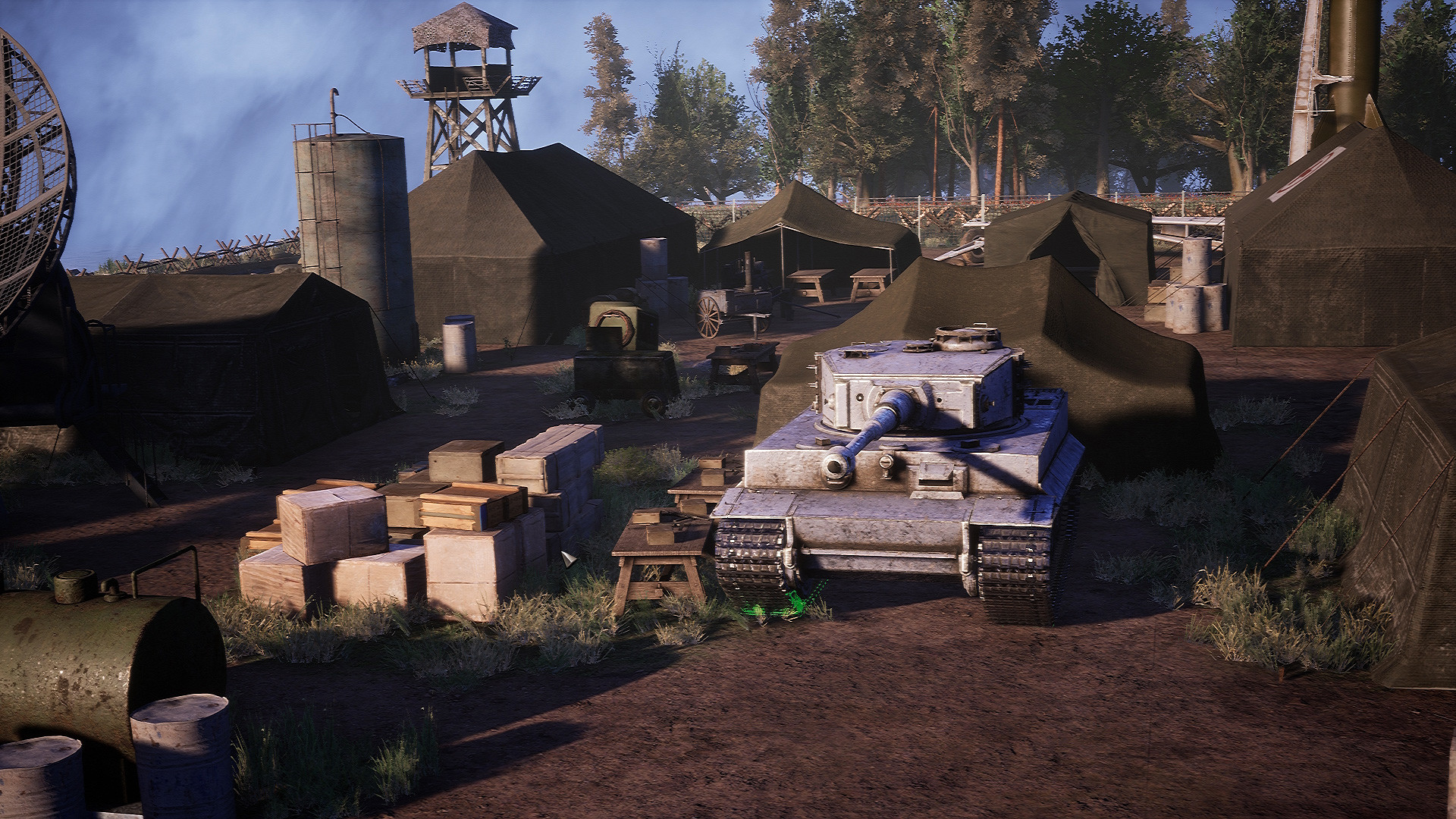 Modern Naval Warfare is the new generation of nuclear submarine simulators. You will take command of a USS Virginia class submarine into the dark and unforgiving world of the modern, high tech naval battlefield. Track your enemies, avoid patrols and mines, engage in covert operations, fight your way with torpedoes and unleash devastating cruise missile attacks. Modern Naval Warfare is set to release on PC in 2022, with additional support for VR.

Flashpoint Campaigns: Southern Storm, a grand tactical wargame set in the 1980s Cold War era centered on asynchronous WEGO turns where players will command battalion or brigade or regiment forces. The wargame will cover areas of Southern Germany on 40 plus maps with 29 scenarios and five campaigns with forces from the US, France, Canada, West Germany, Soviet Union, East Germany and Czechoslovakia, with a totally new user interface. The game is set to be released in 2022.

We showed, for the first time, actual gameplay from Stargate: Timekeepers. Stargate: Timekeepers, developed by Creative Forge and produced with MGM Studios, is a tactical game in which players lead a team of specialists through a story-driven campaign featuring an original narrative set in the Stargate SG-1 universe. They are tasked to sneak a newly formed team behind enemy lines, use their characters’ unique skills, craft the perfect plan to unravel a time loop mystery, and defeat the Goa’uld threat. Stargate: Timekeepers departs from the end of season 7 of the Stargate SG-1 main plot to create an original story, unfolding over 14 narrative-rich missions. The game is set to be released on PC in 2022.

Stargate Timekeepers is now available to wishlist on multiple digital storefronts and on the Slitherine store.

Yesterday Broken Arrow’s real-time gameplay was unveiled for the first time. We showed a full scale battle with US and Russian armies; also, how you will be allowed to customize their units with improved weapons and armours, and how the scenario editor will enable you to create your own battles with unprecedented ease. Broken Arrow, the large-scale real-time modern warfare tactics game, is set to release on PC in 2022.

Then, Lead Designer Lukas Nijsten sent us a video blog in which he went through the latest news in development and gave us more details on how the team decided to interpret the feedback they received during the Steam Next Festival’s demo.

We announced the release date of Distant Worlds 2, the next chapter in the critically acclaimed 4X space strategy game. Players will experience the full depth and detail of this real time strategy game starting from March 10th, 2022, on PC.

We showed our progress with Panzer Corps 2: Pacific, with producer David Sharrock showing new never-seen-before screenshots and talking at length of the new gameplay mechanics.

As a holiday gift for all our players, we’ve also just released three new free scenarios available to everyone 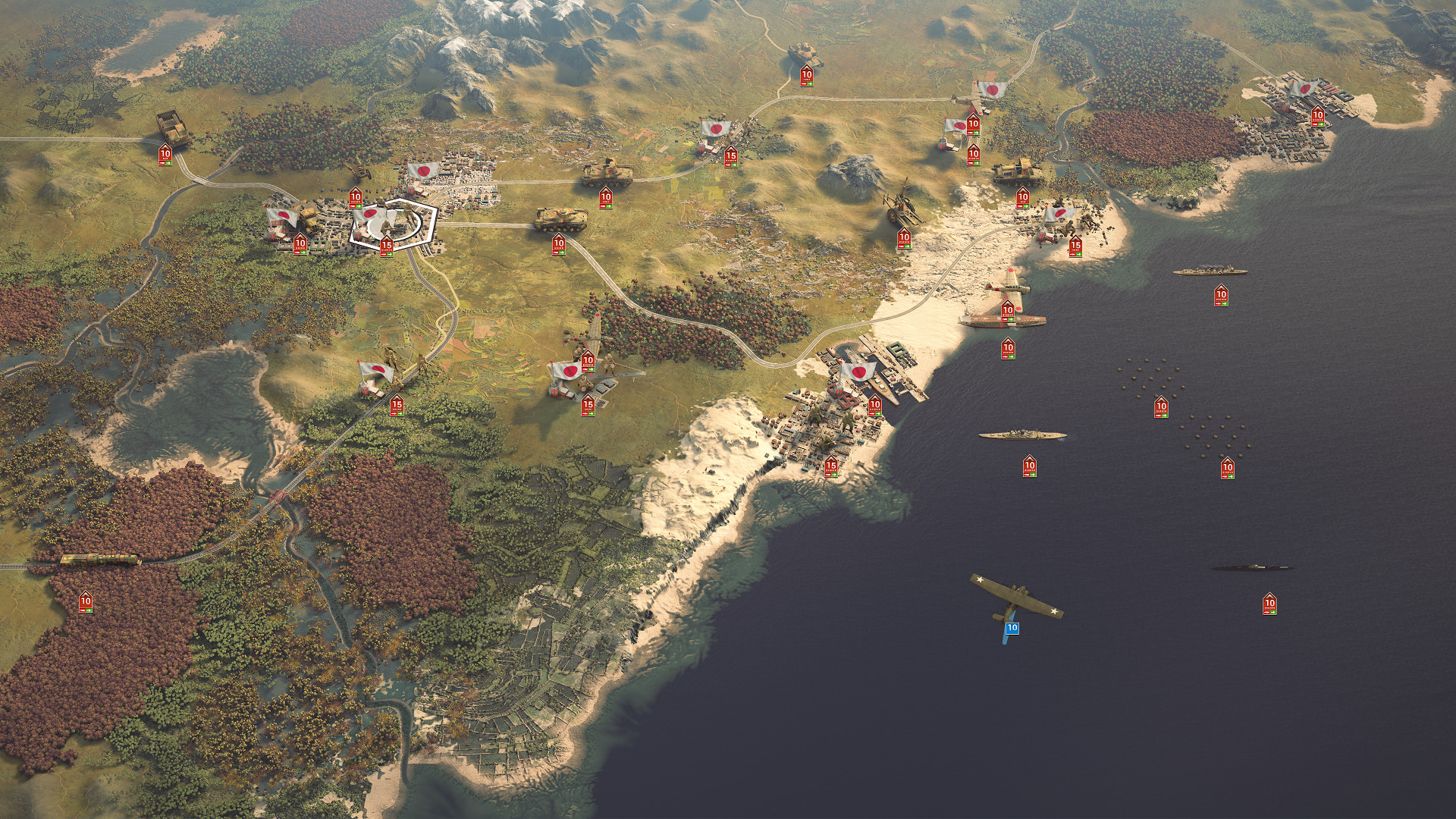 We announced the next step for Warhammer 40,000: Battlesector, the definitive battle scale turn-based strategy game set in the 41st Millenium, recently published on Xbox, Playstation and Windows Store. In 2022, a new Faction that will land on Baal Secundus: the ancient Necrons, with a full new roster of unique units and heroes. Also, the game will receive a new procedural campaign type as part of a free update, for greatly increased replayability. 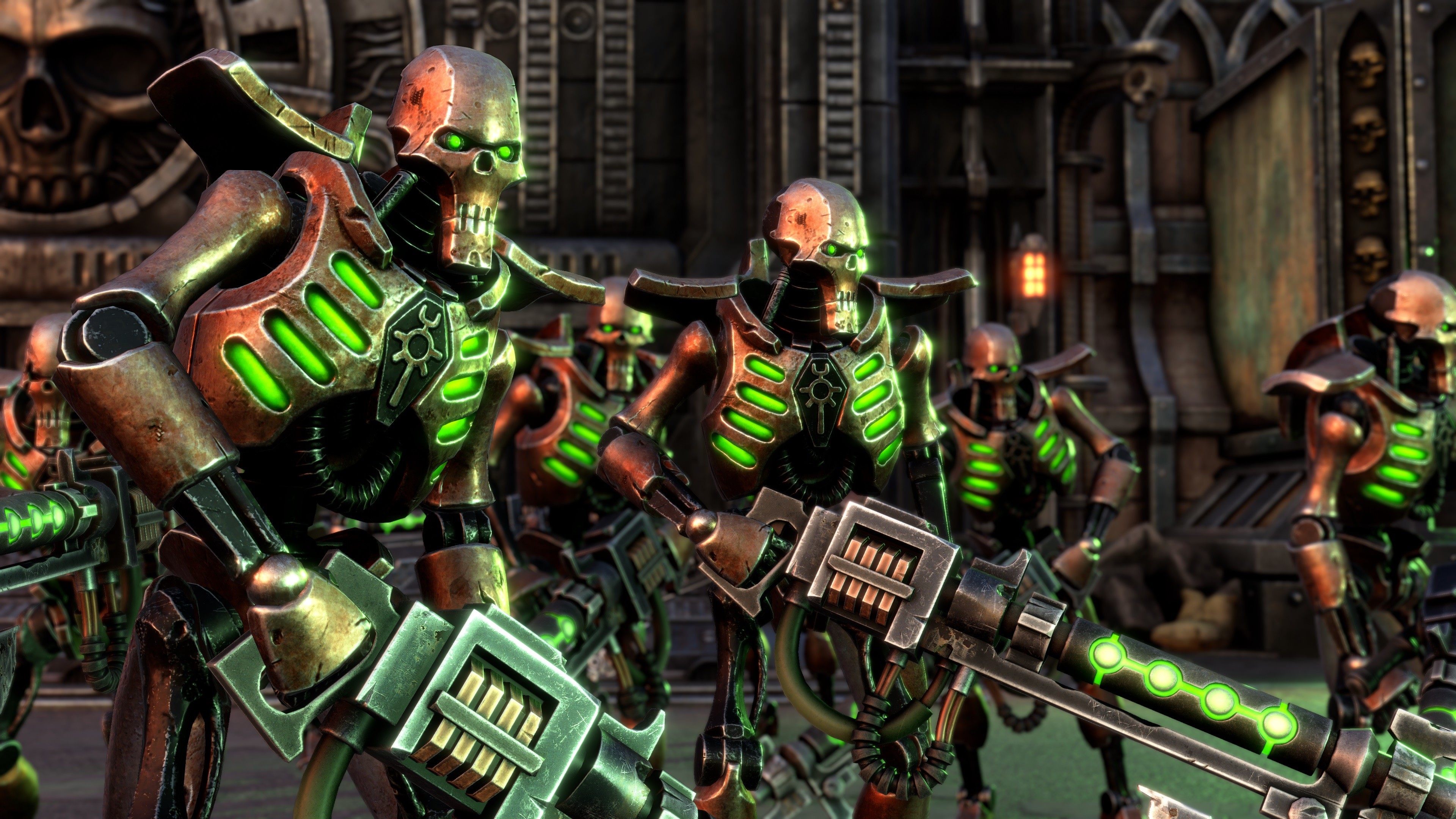 Storm of Arrows is the new DLC for Field of Glory II: Medieval. The one and only tactical strategy game with “tin digital soldiers” set in Medieval age, reaches the golden era of the mighty heavy knight charge and the longbow with Storm of Arrows DLC, set in the 100 Years War. The new DLC will be available on February 10th, 2022. 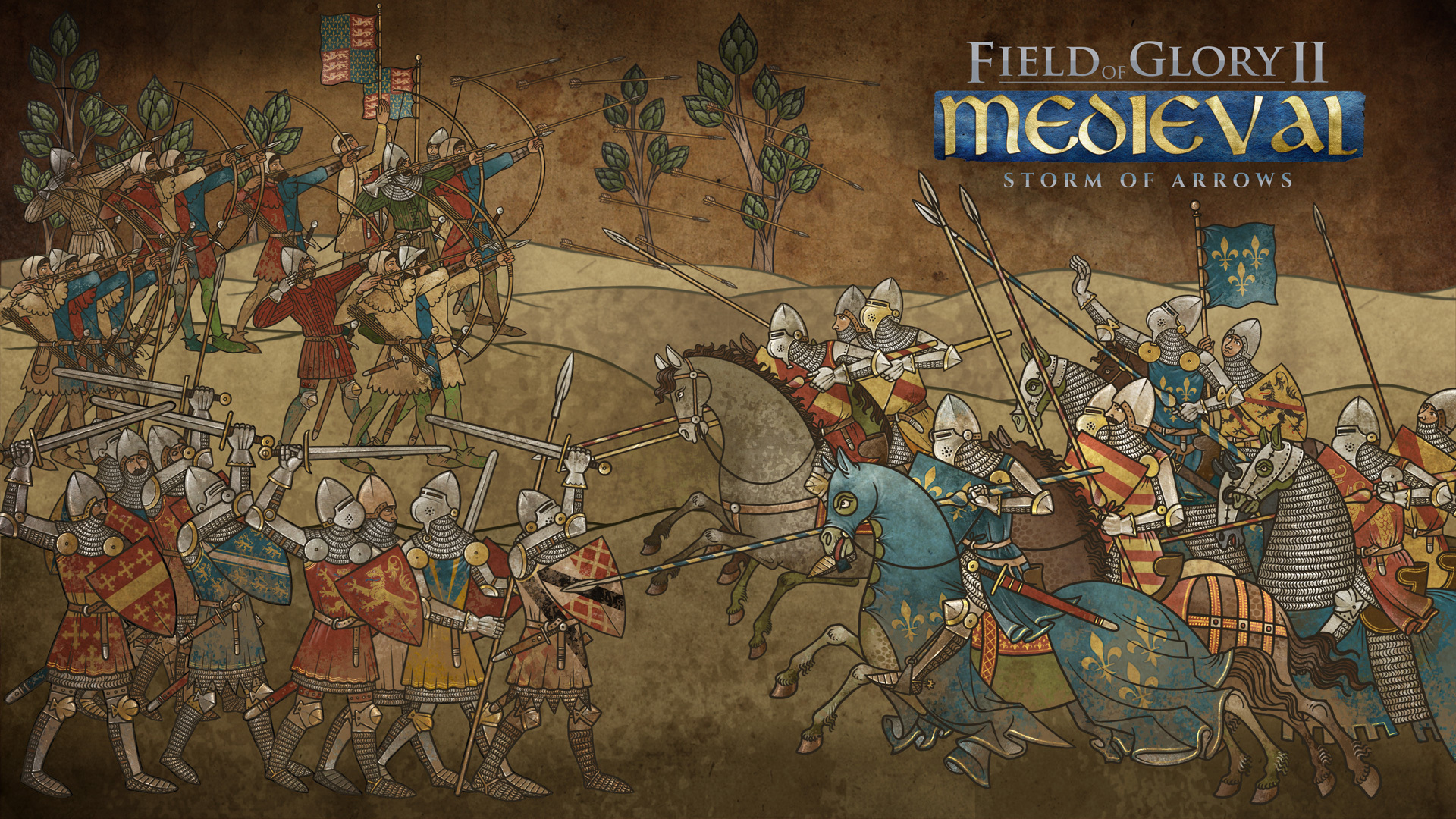 We announced the roadmap for Valor & Victory, the fast-playing easy to learn World War II squad level turn-based game. Valor and Victory is getting a new DLC set in Stalingrad / East front and a new “Advanced Squad Leader” mode, both available in the first half of 2022. 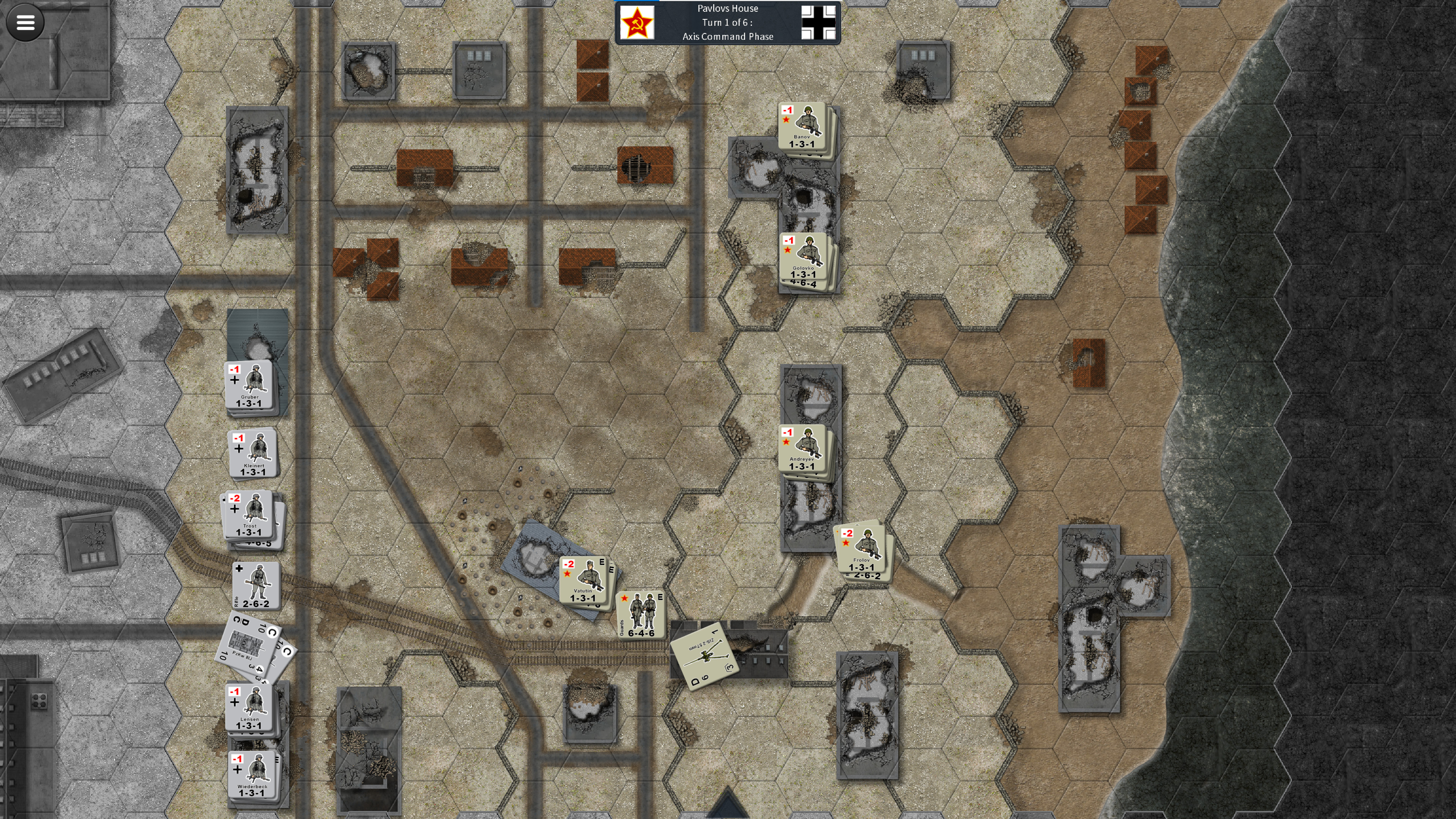