Field of Glory: Empires Triumph Update is out

Field of Glory: Empires “Triumph” Update is out. Version 1.04 brings tons and tons of improvements and additions, the most important (as previewed last week) are:

But other game features have been looked into, such as an Administrative Burden increased for developed nations has been added, now there is a naval interdiction link in Mesembria, Imperial Roman Legion decision won't be given before being an Empire, and many more.

Check out the full changelog here 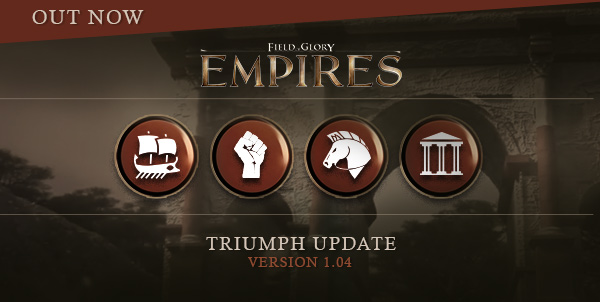