One of the most intriguing features of Field of Glory: Empires is the care put into creating unique traits and playstyle for every playable Faction.

Every Nation has a distinctive culture, type of Government, tradition, Lineages and weaknesses.

In this first Faction Highlight, we'd like to talk a bit about the Seleukos Nation, which offers a good example of the extreme attention to details and variety depicted in the game. 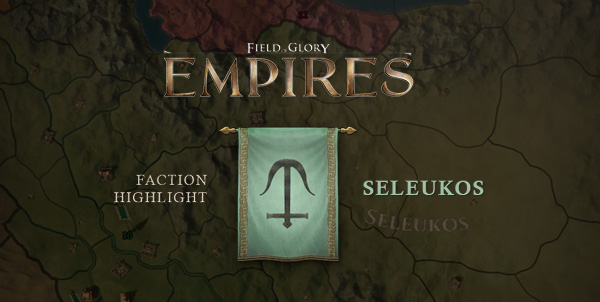 At the beginning of the game, this Factions is already a large Empire, comprising many regions and provinces in the East.

Being one of the Diadochi – heirs of the Alexander the Great Generals – the Faction has access to a greater Leader Force Pool and to particular advantages toward a population of Hellenistic Culture.

From the Administrative stand-point, Seleukos can employ the Satrapy System, a relatively efficient structure of de-centralized Provincial Governments that grants a good flow of income and units. The twist with the Seleukos lies with the Decadence mechanics. In fact, being a Diadochi brings some disadvantages too, in this particular case represented by your shared heritage. You’ll need to avoid Decadence at all cost, as you can lose regions to the other Diadochi if your Nation becomes old or decadent (even if you are not at war with them). 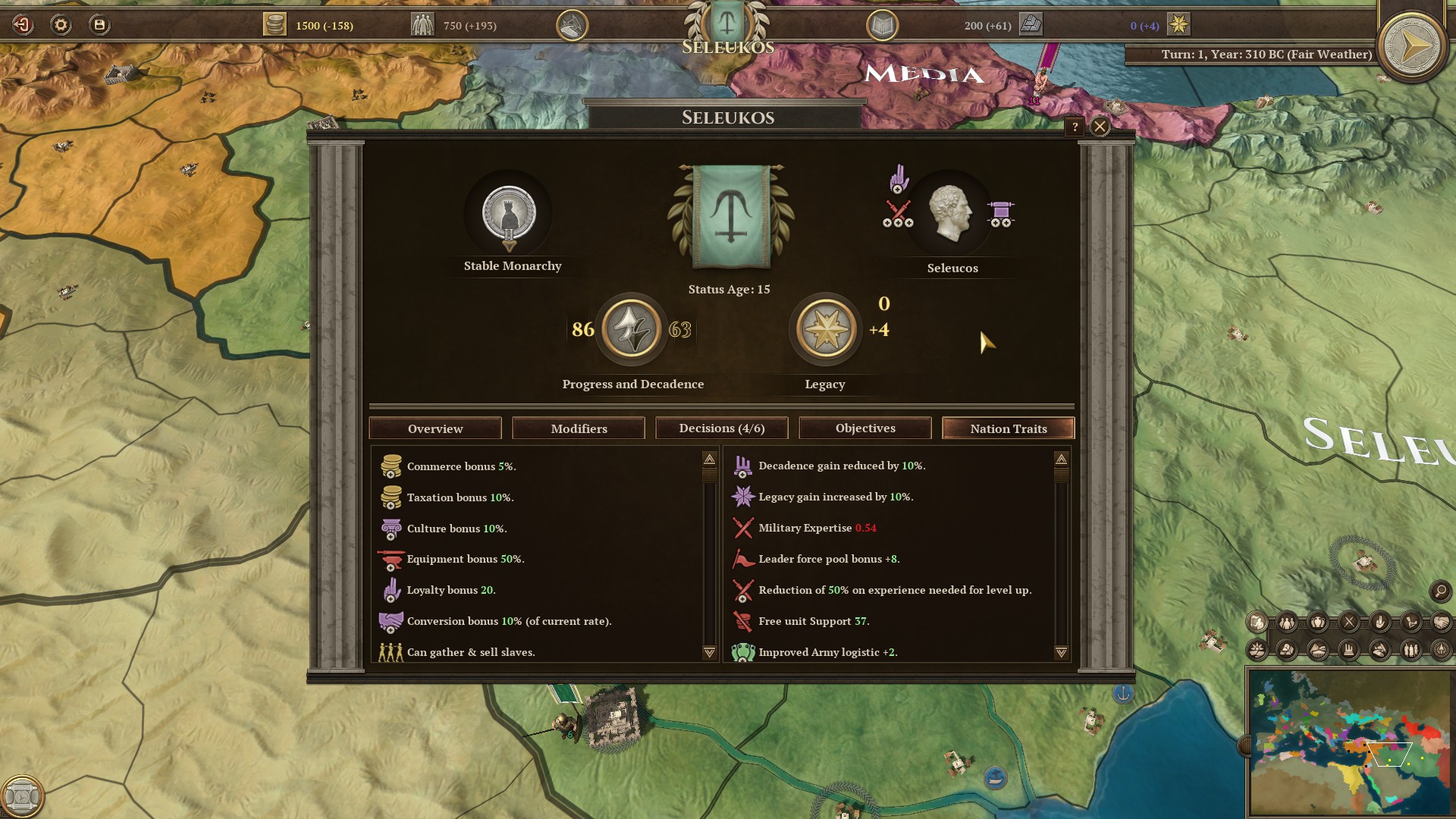 Your neighbours could drag you in multiple conflicts and given your size you could find hard to fend-off invasions or incursions coming from different directions. A good Strategy should involve stable trade relations as long as you can, to make your overall economic growth robust enough to sustain the impending periods of crisis. In the beginning, you are at war with the powerful Antigonos on the West and at Peace with Maurya o the East frontiers with India.

With a wise mixture of internal reforms and selective military interventions, Seleukos can steadily gain the upper hand in the balance of power in the region, bringing full glory to the Seleucos lineage. What do you think? What have been the hardest challenges in playing with Seleukos? Feel free to comment in the forum