As we started in an interview recently, improving the user interface and the overall user experience has been a primary driver in the development of CMO. It is only natural, then, that many of the new features that we introduce in this release are related to the user interface and the overall gameplay experience. Let’s have a quick roundup of the greatest hits. You can also check the post published on the WarfareSims site here 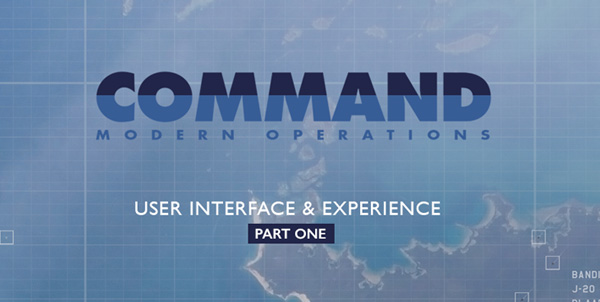 
Arguably the single biggest criticism leveled against CMANO v1.x has been that its user interface, and primarily the map engine, felt slow and clunky. In some cases this was the result of various technical circumstances, such as users not not keeping their systems updated, shovelware and intrusive apps sinking their rusty hooks inside Command without any recourse (looking at you, Valve & MSI), and other factors. But most of the time it was plainly a matter of users being accustomed to smooth-flowing globe engines like Google Earth, and Command’s map engine, with its typically-brief-but-noticeable lag coming up short by comparison. (Some people asked us in all honesty “if Google can do it, why can’t you?”. I guess being compared to a trillion-dollar behemoth is flattering, even so.)

Now, anyone who’s followed us on the journey from CMANO v1.0 to v1.15 knows well that the map engine’s responsiveness has been improved by leaps and bounds. But there is only so much you can tweak an engine before you run up to its fundamental limitations. So a complete re-write became necessary.

And that’s what we did:

So, we got the globe part down cold. But what about the map itself? One of the most persistent requests after the v1.0 release has been for greater map detail and clarity, for map layers that provide better environment information to aid in the player’s decision making. Well we got some good news on that front too.