The third - and last - part of the Dev Interview on the upcoming Command: Modern Operations is available.

This time, a great focus on how the new system processes the huge amount of information, what changes have been done to the AI, new UI  and menus, e many other additions. 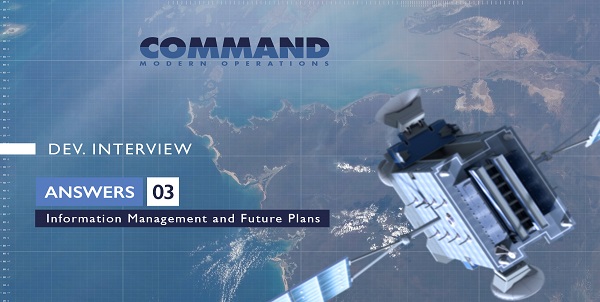 10) We can assume that AI will play a key role in C: MO, given that multiplayer won’t be added at release. Could you give us more details on how the AI has been improved?

The improvements to the AI in this release have been mostly incremental, in accordance with the “game first” direction. However, there are some new features that are likely to please new and existing players alike: