Close Combat - Wacht am Rhein is available on Steam

The Battle of the Bulge or Hitler's last gambit is the bloodiest battle fought by American soldiers in WWII. If it had succeeded, it would have led to the destruction of 4 Allied armies and, possibly, a separate peace with Germany. Wehrmacht codenamed it Wacht am Rhein.

Close Combat - Wacht am Rhein, originally released in 2011, is landed on Steam! This version benefits of many improvements and changes made specifically for this release, including new setting available for HD resolutions.

Revive the battle the could have changed World War II.

To celebrate this important event, we have created a Close Combat Collection Bundle (The Bloody First, Gateway to Caen, Panthers in the Fog, Last Stand Arnhem, Wacht am Rhen) at 30% off! Check it out!

Important note for Matrix users. Close Combat - Wacht am Rhein Matrix version will need to be uninstalled and installed again to get the improvements working. 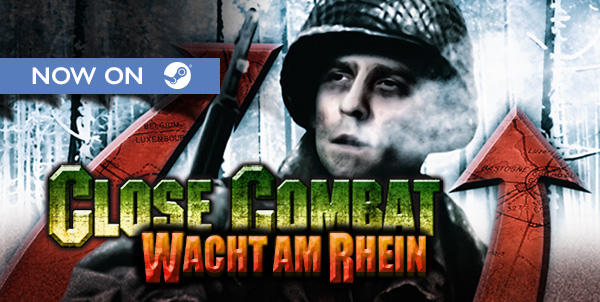