Close Combat: The Bloody First has been updated.
Version 1.0.1 fixes many bugs encountered, from fixing the crash/save file corruption, tanks accuracy in close range, the STEEP ANGLE ISSUE and more.

Please check the full changelog below 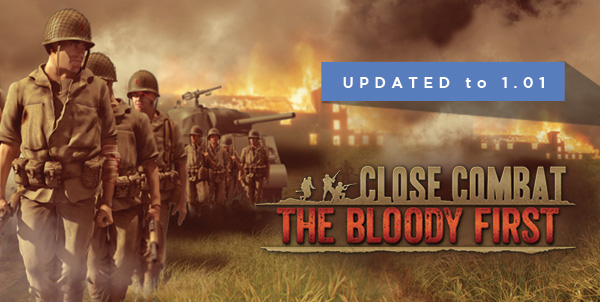 IMPORTANT
ISSUES WITH SAVED GAMES CREATED UNDER VERSION 1.0.0
Several issues related to saved games have been addressed in the 1.0.1 update. For best results it is recommend that you start new games after installing the update. The game will attempt to restore and continue saved games that were effected by the earlier problems but may not be able to do so in all cases.