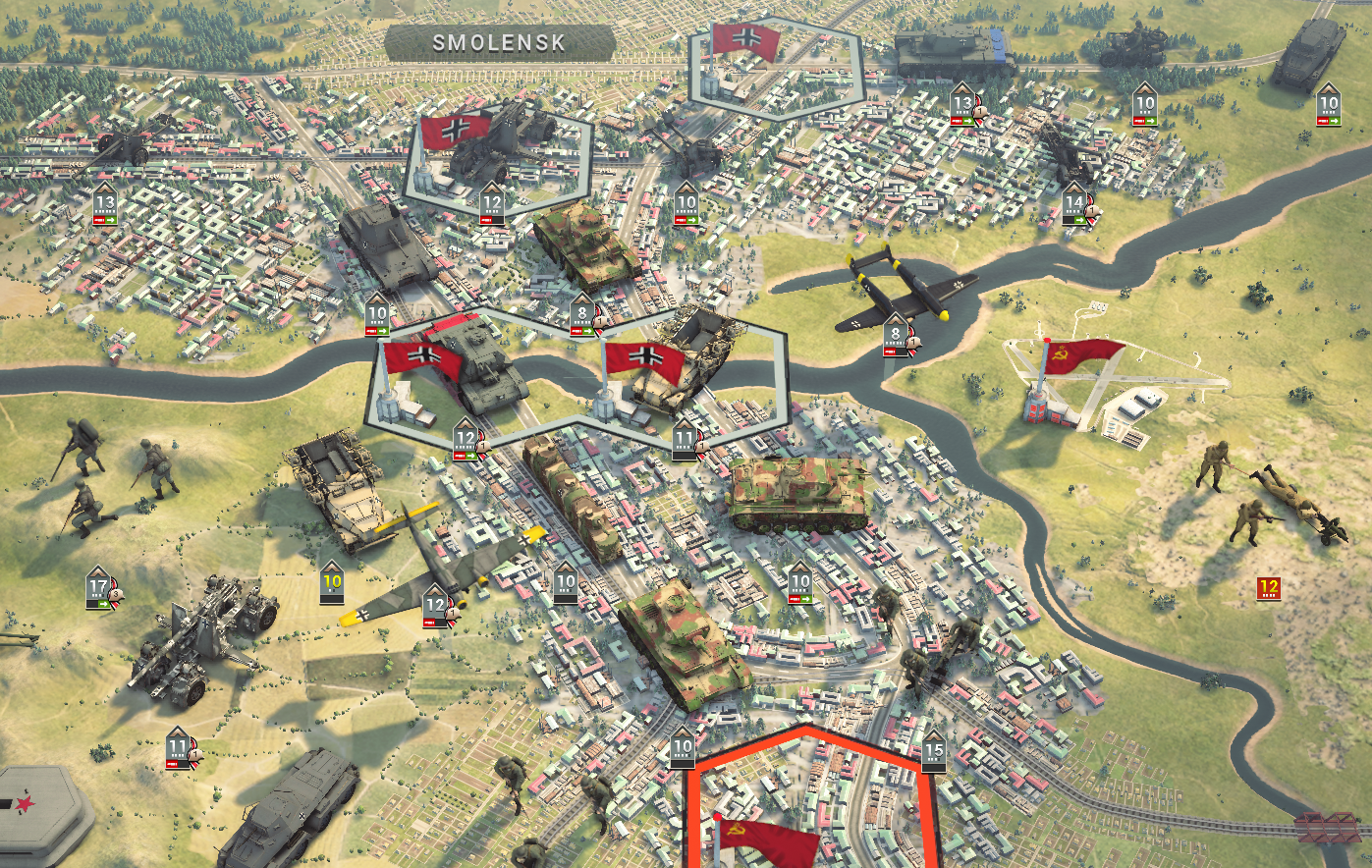 Before we begin, we just want to take a moment to thank all of our players for making Panzer Corps 2 the success it has been.  Many thousands of you have helped make the past year an incredible time for our game.  Thank you for your feedback, your cool screenshots, your awesome war stories documenting your campaign triumphs, and for supporting our game.  Stay awesome, stay safe, and stay healthy out there!

Panzer Corps 2 development has not been idle, and we have the next DLC Campaign to preview to you today.  We are aiming for another big year for Panzer Corps 2, and this is just the first content drop we will have for our players to look forward to.

First detailed look into Axis Operations 1941
With the conclusion of the campaigns of 1940, there is a huge question of where exactly the Axis Operations will explore next.  As our historically minded players are probably well aware, many new fronts opened up in 1941, from Africa to the Balkans to Russia.

Ultimately, with the base game providing a well-developed Afrika Korps set of content, but omitting scenarios in the Balkans, Axis Operations 1941 is going East!

In our biggest DLC campaign yet, clocking in at a full 20 scenarios, Axis Operations 1941 has a ton of new content for players to dive into.  In the fourth chapter of the Axis Operation Grand Campaign, we once again have more new, high quality unit models to showcase, a new utility vehicle, and a whole lot of Ostfront content to explore.

For starters, we have finally worked out the technical wizardry required to give the Commendation Point currency a permanent home in the UI!  At long last, players can see their Commendation Point values at all times, instead of having to rely on temporary pop ups to keep them informed.

This feature is currently only available in Axis Operations 1941, but we will be working hard to retroactively apply it to the past Axis Operations DLC as soon as possible.

As always, our primary mission with ongoing Panzer Corps 2 content is to provide our players with more fresh and exciting twists to the gameplay that they already thoroughly enjoy.

Speaking of twists, one of the biggest ones will be a flipping of the presence of minor nations.  In past DLC, there have been a huge number of nations opposing your Wehrmacht forces, from Poland to Denmark to Norway to France and more...

But after such a string of historical victories, the political landscape of Europe has changed dramatically.  Many nations have begun to sign pacts with Germany, so instead of just fighting a new variety of enemies, your campaigns will begin to see a new variety of allies to help! 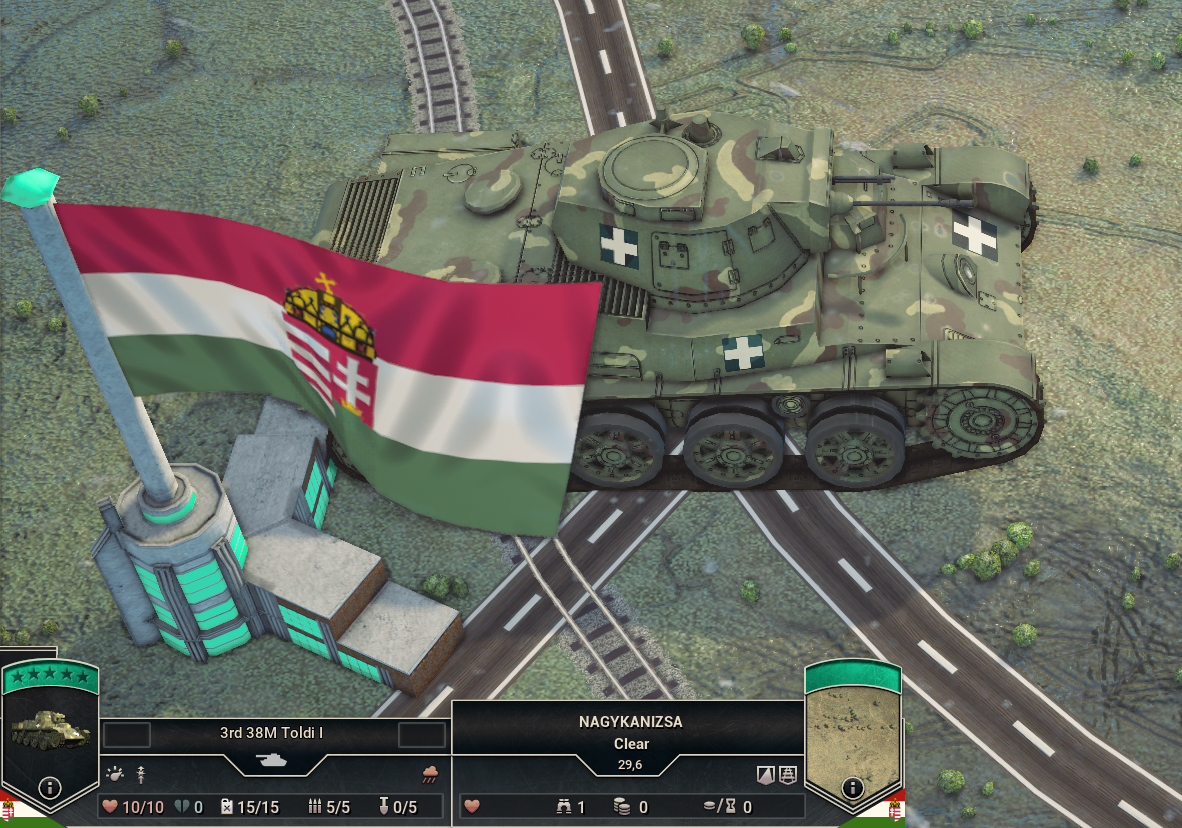 But not every nation has accepted a pact with Germany...  Elements within Yugoslavia are plotting something, which is where your new campaign will begin. 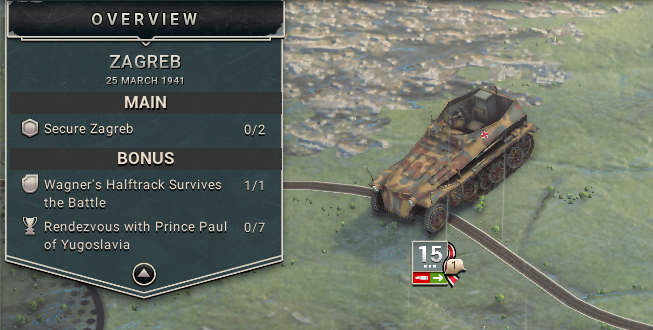 Assaulting Greece will also be a huge scenario, stretching from Italians on the Albanian front to Bulgarians trying to break through the Greek Metaxas Line.

In additional to historical allies, prepare once again for powerful historical figures make their appearances known in many scenarios.

Another wave of new unit models
One big improvement we wanted to add to the game was a graphical overhaul of the various Soviet infantry types present in the game.  Previously, Soviet regulars, guards, conscripts, mountain, and paratroopers all shared similar model assets.  For such a huge variety of units, this lack of visual variety was a problem, especially given their unique abilities and stats.

So as part of the 1941 DLC, we have upgraded all of these special Soviet infantry units with new unit models! 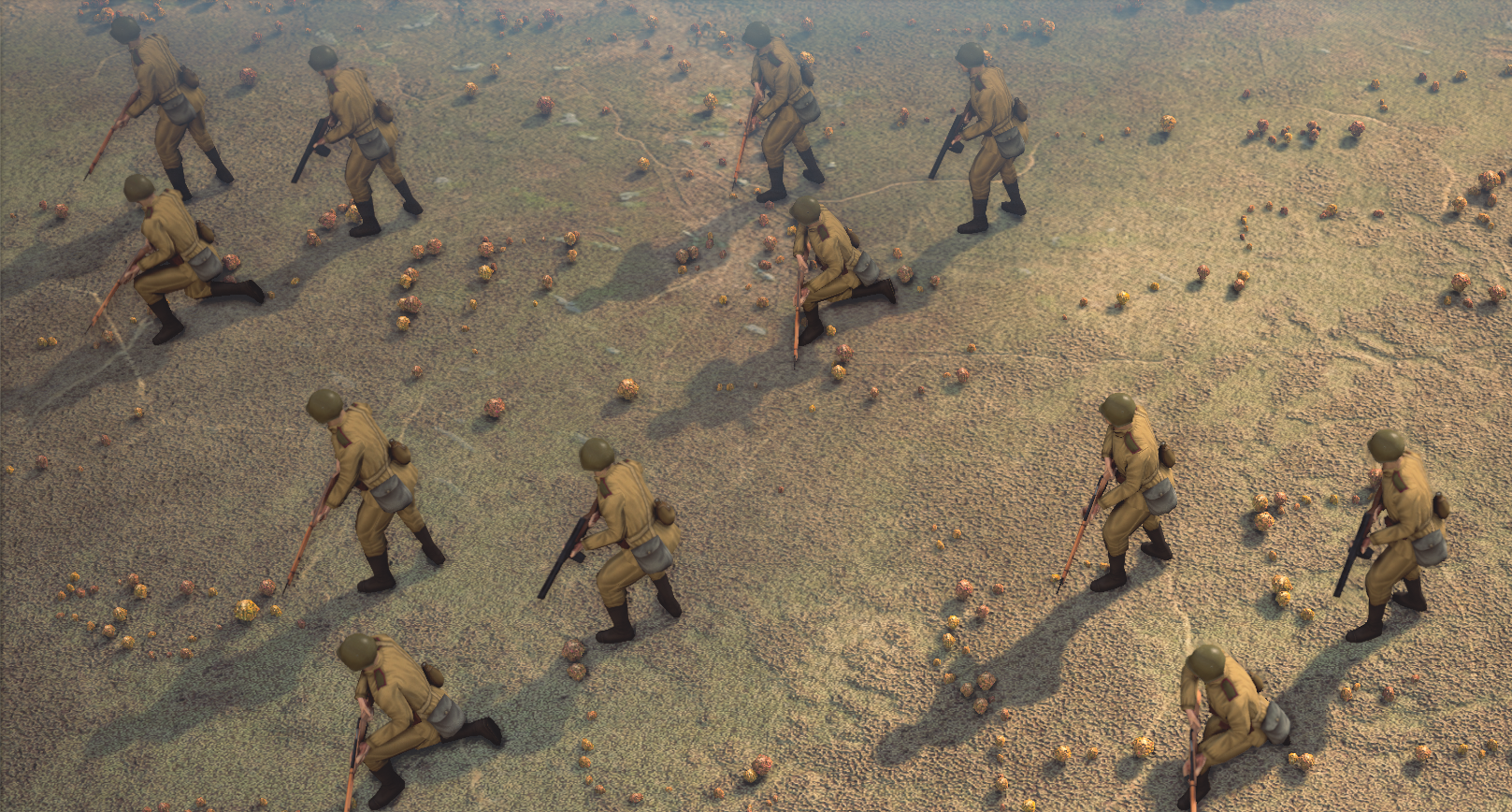 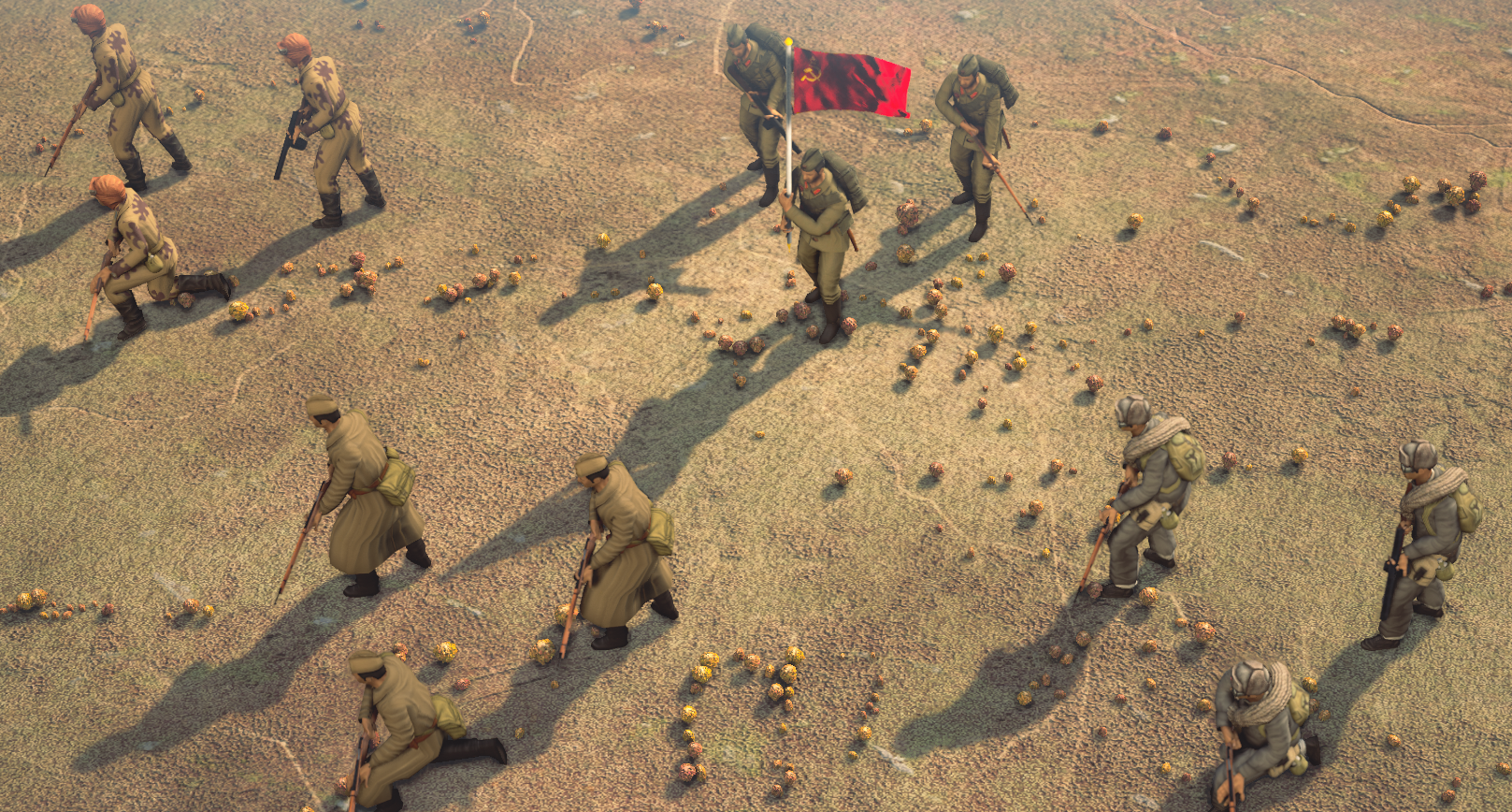 •    Soviet Guards
•    Soviets Guards did not actually exist on the onset of Barbarossa.  But as the operation began to take an enormous toll on the Red Army, the need to spotlight units that were fighting with at least limited success against the German Wehrmacht became apparent, at the very least for purposes of morale.

•    These veterans were first established following the Soviet Yelnya Counteroffensive, and any time you encounter them in combat you should expect them to be well experienced and heavily supported in their efforts to halt your advance.

•    Mountain
•    Pay close attention to these units, as their alpine trait will have them hitting much harder than expected in hilly and mountainous terrains that you will occasionally fight across on the Eastern Front.

•    Conscripts
•    Overwhelming in fighting spirit and numbers, but underwhelming in equipment and training, the Soviet conscripts present a unique challenge as the only unit in Panzer Corps 2 with a base strength of 20.  When isolated and unsupported, all of that strength is easily defeated thanks to their low combat values, but when fighting en masse in close terrain, conscript hordes can quickly cause terrifying amounts of damage to even mighty panzers as they swarm over the tanks to throw explosives down any loose hatch they can find.

•    Romanian R1 AH-IV Tanks
•    The Romanian R1 AH-IV is more tankette than tank, but it serves its role adequately with dual machine gun armament giving them an above average rate of fire and a very low slot deployment cost.
R1

•    Airfield Construction Vehicle
•    The most unique new unit in terms of game mechanics, the Airfield Truck serves one very specific purpose.  As the player advances across the vast Ukrainian Plain of the USSR, their logistics will be stretched to the limit as road networks and airbase infrastructure of Russia prove to be underdeveloped compared to Western Europe.  Not only this, but soon the Soviets will enact their Scorched Earth policies to further deny access to usable airfields.

•    To cushion against this historical reality, the Airfield Truck allows the player to deploy an airbase exactly where they need it most to continue to support the ongoing advances of their leading panzers.

•    Just watch out, because Soviet counterattacks can and will destroy your temporary airbases, so it will be up to you to decide where exactly to deploy them best so that they can be protected but also are close enough to the front to serve as useful bases for your air fleets.

•    Fighters, Tactical Bombers, and Strategic Bombers will all be able to use these constructed airfields as bases to operate from.

The Eagle of the Eastern Front Arrives
As our players have been noticing across the DLC campaigns, we have been dropping more than a few hints on a certain historical Stuka pilot.  By the end of his career, he would have flown an unheard of 2,500 combat missions.  This figure created quite a buzz in even the original Panzer Corps Grand Campaign, and we wanted to try and make such a legendary pilot even more interesting this time around.  But this will be just the beginning of his career, and we are of course referring to Hans-Ulrich Rudel. 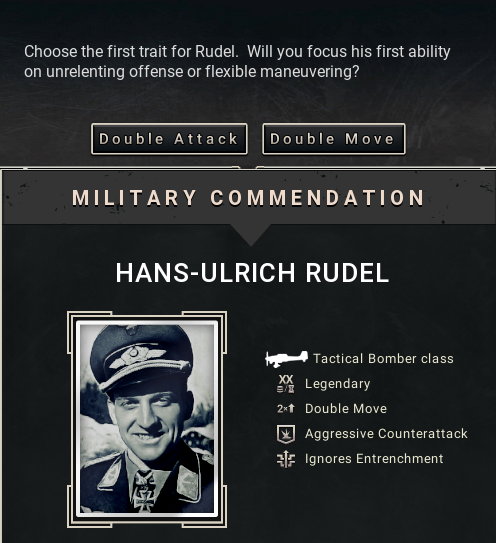 To this end, we have given Rudel extra special treatment that has never been seen before, even amongst other elite historical figures.  Players will get an opportunity to do more than just recruit Rudel, you will have some influence in choosing his capabilities to best fit into your CORE force.  This will make Hans-Ulrich Rudel the first ever customizable hero!

Barbarossa in the Axis Operations DLC
Of course after your stint across the Balkans comes the gigantic Operation Barbarossa, and we will have more details on that content alongside a complete scenario list coming soon.
As always though, our players can look forward to an extensive list of both familiar and perhaps some lesser known battles of the East Front to populate this latest DLC.

Your Feedback
As always, we are reading and listening to your feedback.  Many thousands of posts and messages have greatly improved Panzer Corps 2 for its entire playerbase, and we encourage you to continue to share your thoughts and wants for the game into the future!

We hope you enjoyed this extended preview of the upcoming Axis Operations 1941 DLC and look forward to returning your army to combat soon.

Axis Operations: 1941 is currently finishing it's testing phase and will be out soon. 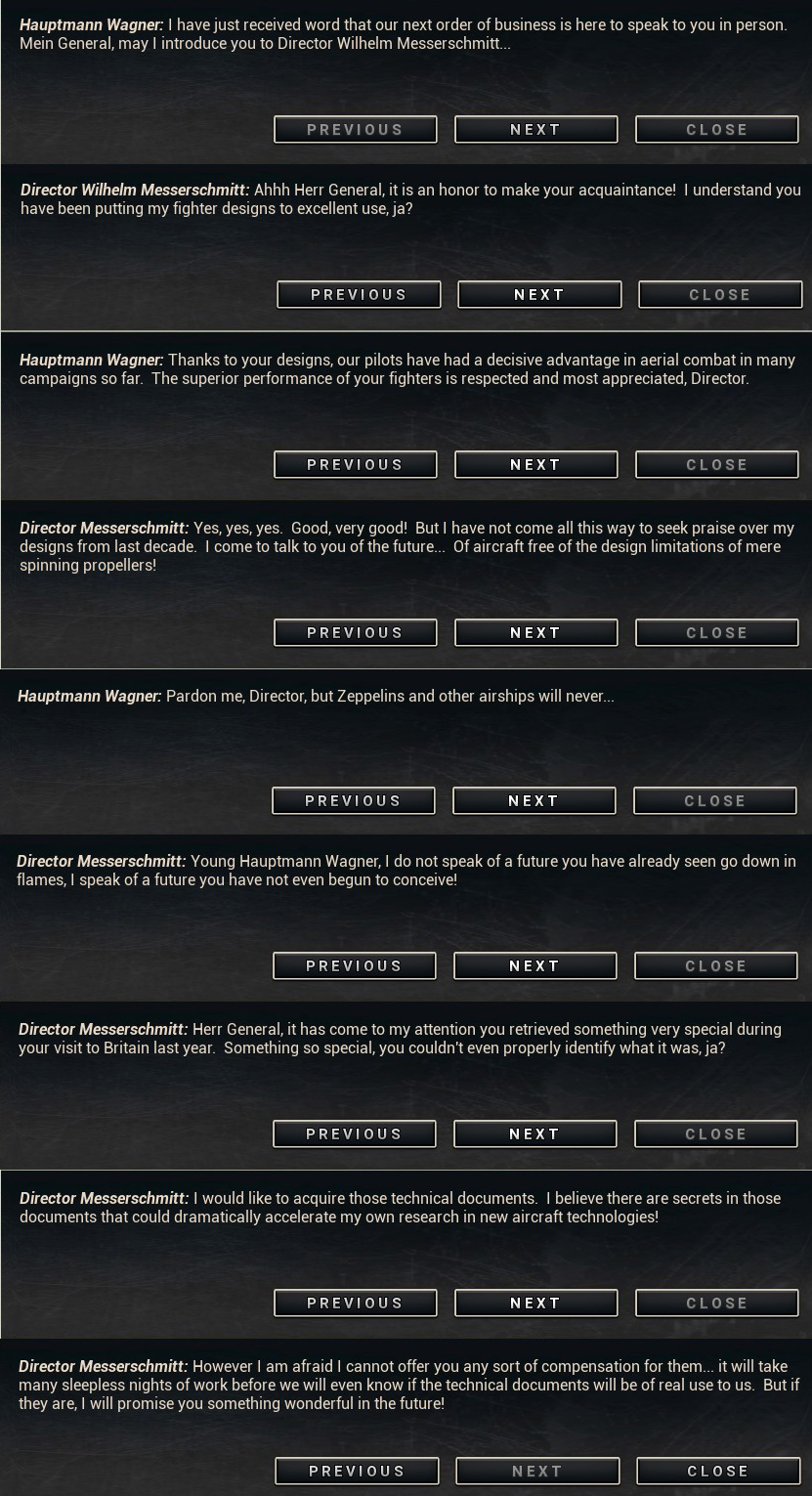