Czechoslovakia and Netherlands will be arriving on our stores and on Steam on February 25th as part of the third Nation Pack.
Have a look at some of the most important units that will be under your direct control. 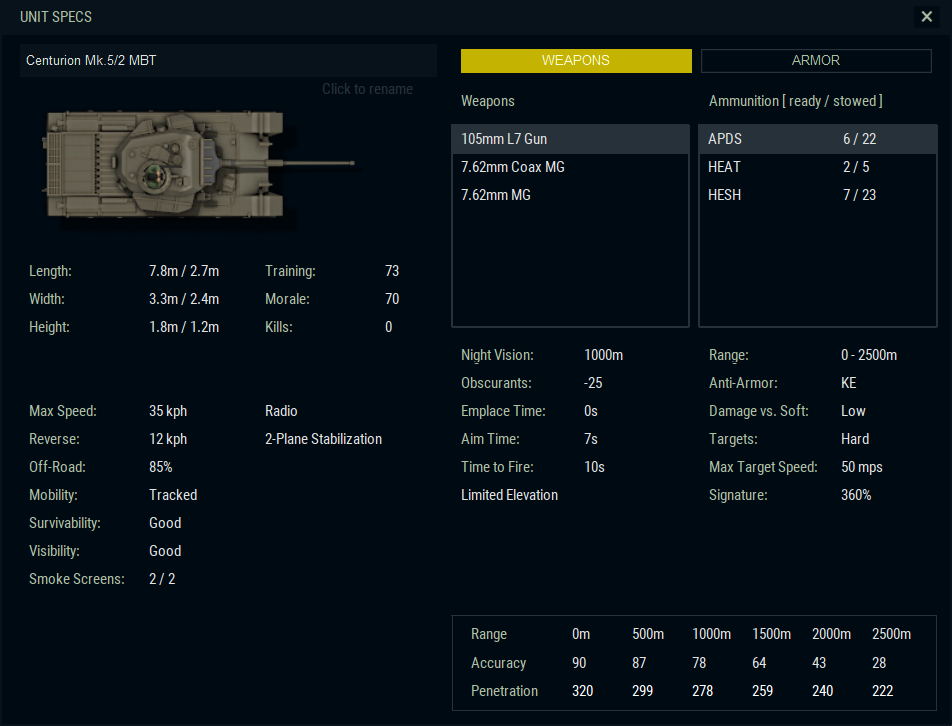 Few tank designs have been as significant, versatile and long-lived as the Centurion, earning a fearsome reputation in nearly every major conflict of the Cold War, from the arid climates of Africa and Middle East to the tropical jungles of Vietnam. The combination of fire-power, mobility, and armour protection ushered the era of the true "universal tank", capable of performing multiple roles on the battlefield. Mark 5/2 variant introduced the famed high-velocity rifled L7 105 mm gun, which was developed after the 1956 Hungarian Revolution - Hungarian insurgents delivered a Soviet T-54A to the British by literally driving it into their embassy. Created to counter the latest Soviet tank, the L7 gun became the mainstay armament of the Western MBTs, adopted by the United States, Germany, Japan, India, Israel and even China. 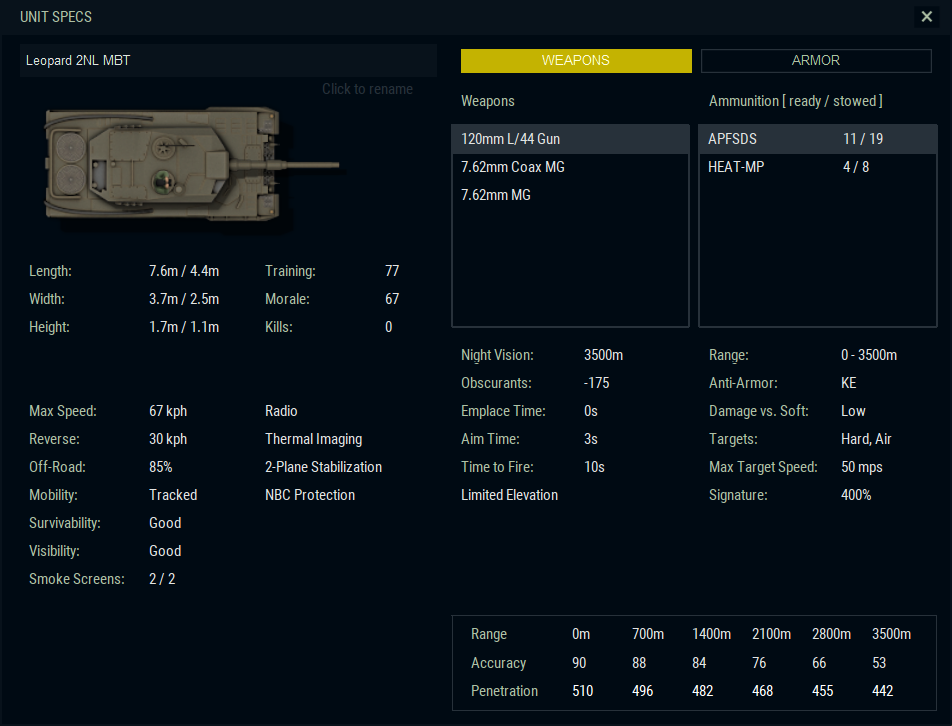 Born out of the abortive MBT-70 collaboration with the United States, the Leopard 2 was developed by West Germany at the height of the Cold War. When it first entered service in 1979, it was indisputably the most advanced and potent tank in the world. This third-generation main battle tank owes its outstanding performance capability to an ideal symbiosis between vehicle crew and cutting-edge technology. During the last four decades it has undergone numerous upgrades and modifications to ensure this versatile superiority. Over 3,500 units are currently serving with the armies of eighteen nations, but it was the Dutch who became a first export client in 1981. 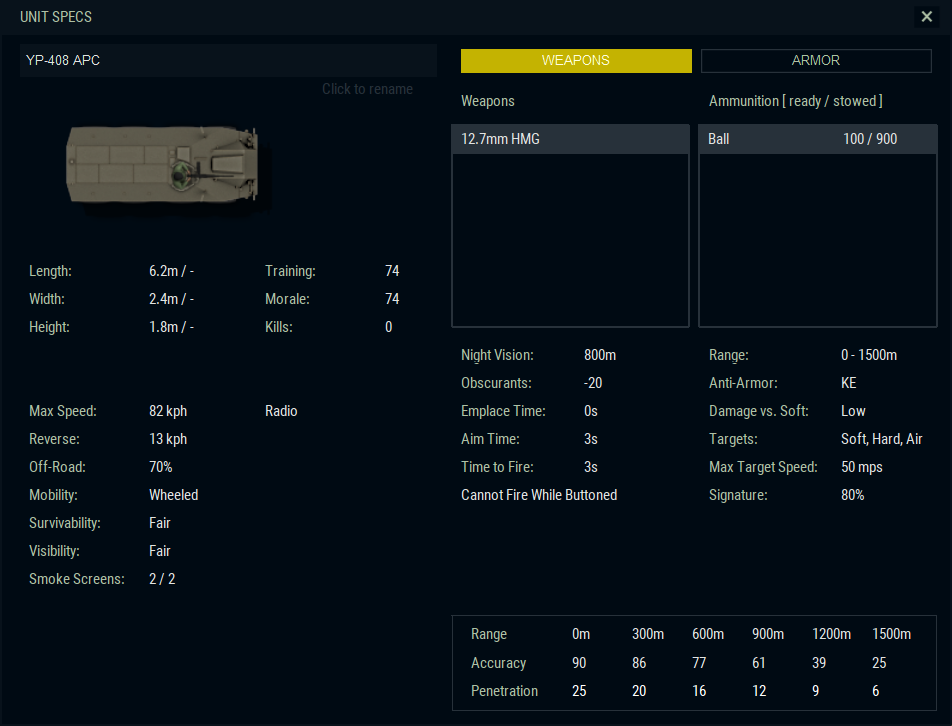 Barely known outside the Netherlands, YP-408 was an unique and odd-looking 8x6 armoured personnel carrier. Designed in the late 1950s, it was one of the earliest examples of wheeled APC outside the Soviet BTR family. Born out of the initial requirement for a domestic armoured vehicle to replace modified M3A1 Scout Cars used to secure and evacuate the Royal Family, it was quickly realised it could be affordably converted into a battle-taxi to move the infantry quickly and safely on the battlefield. Being based on a rugged DAF YA-328 all-terrain truck allowed for part interchangeability, and it was easy to integrate into the existing military supply and maintenance system of the Dutch Army. It was also adopted for several other roles such as ambulance, anti-tank vehicle, ammunition, cargo and radar carrier. 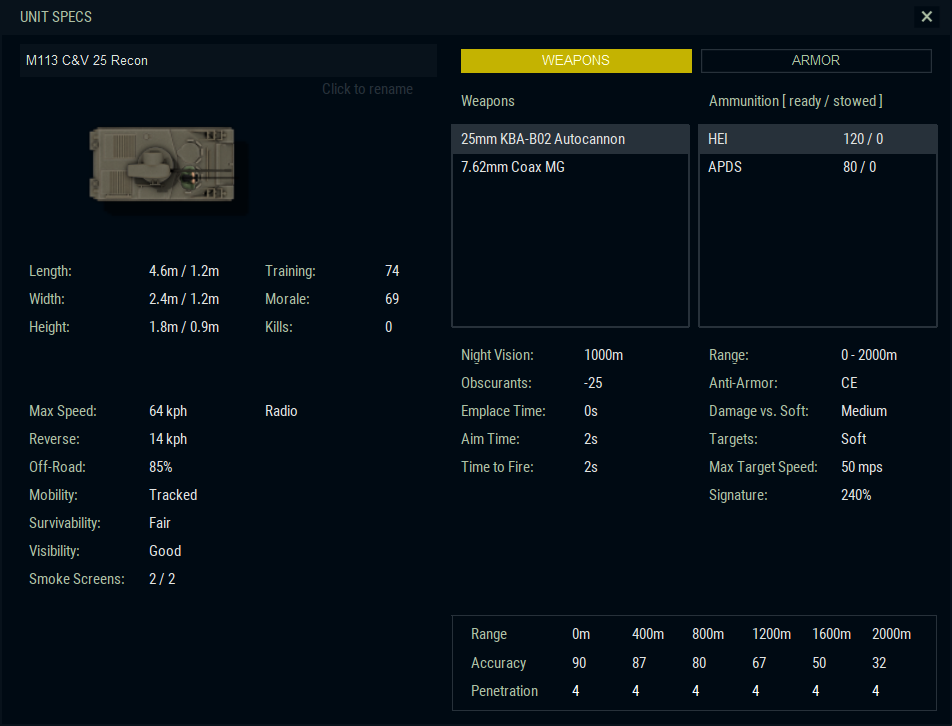 The M113 C&V (Commando & Verkenning) used by the Dutch reconnaissance troops has the same origins as the Canadian Lynx. By 1963, the US Army had adopted M114 ACRC to serve as a command and reconnaissance vehicle. However, the vehicle had proven troublesome in service and it elicited no interest for export. Seizing this opportunity, the FMC Corporation offered their own design sharing components with the proven M113A1 armored personnel carrier. The Dutch Army bought over 250 units, and beginning in 1974 fitted them with a 25mm Oerlikon gun armed turrets, providing a massive increase in firepower. 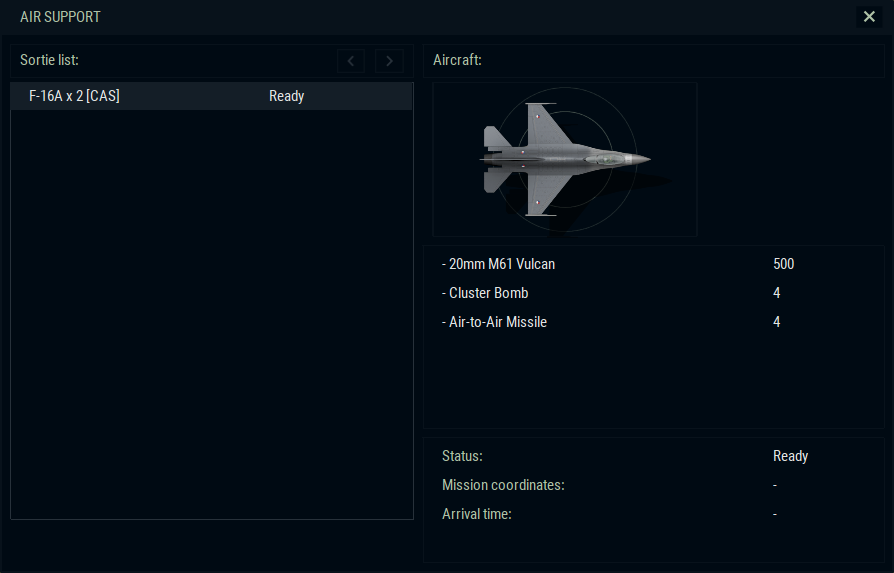 For almost four decades, the F-16 Fighting Falcon has been one of the most significant and versatile weapon systems in the aerial fleets of many Western nations. It was initially built under an unusual agreement creating a consortium between the United States and four NATO countries: Belgium, Denmark, the Netherlands, and Norway. The F-16A that emerged from this development process was a neat, sleek, dartlike aircraft with swept wings and a degree of wing-body blending. With over 1,000 F-16s in service, the platform has been adapted to complete a number of missions, including air-to-air fighting, ground attack, and electronic warfare. 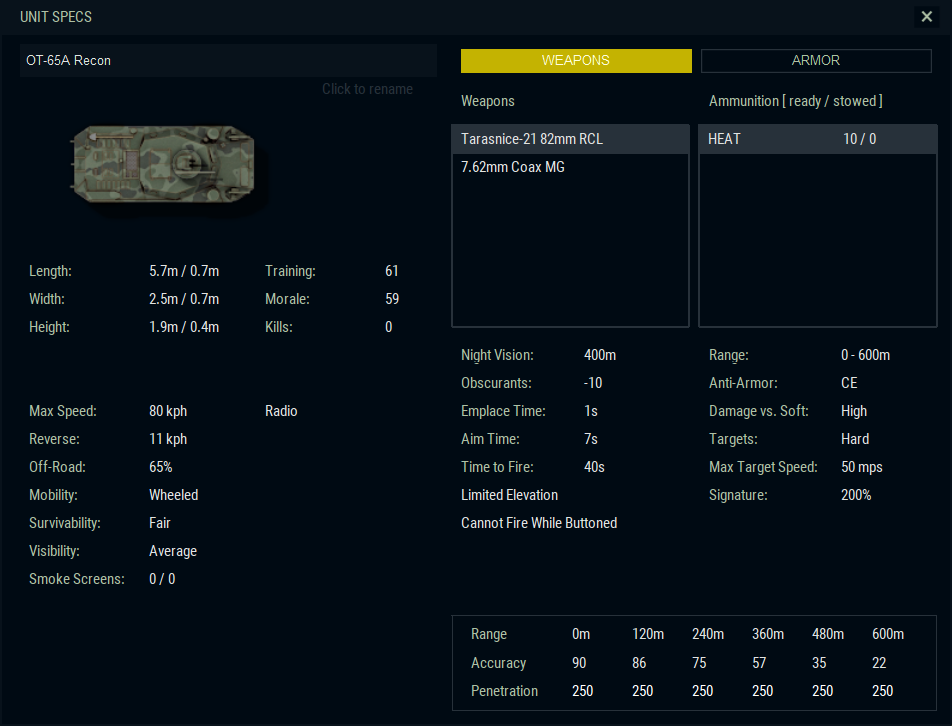 In the early 1960s the Czechoslovak army was looking for a new, multi-role armored fighting vehicle to serve primarily in the reconnaissance role. As their own domestic light armored car failed to enter serial production, and Soviet BRDM wasn't available in numbers due to the limited production capacity, the only remaining alternative was the Hungarian FÚG. Even if the military was not overly satisfied with the Hungarian design, the basic vehicle served in reconnaissance, command, artillery forward observation, and NBC roles. But the most interesting variant was probably the heavy recon variant OT-65A Vydra (Otter). The turret from the OT-62 APC was installed, armed with an 82mm T21 Tarasnice recoilless gun. This additional firepower could engage more heavily armoured targets, although the odds of survival were certainly unfavorable. 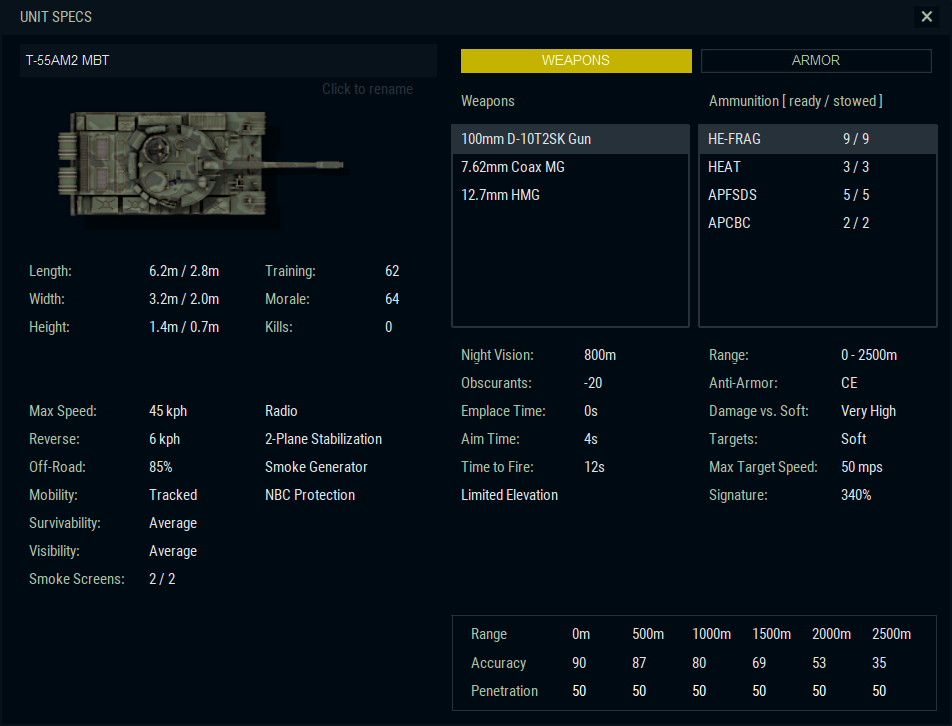 By the end of the 1970s, numerous T-54/55 formed the backbone of the Warsaw Pact armored forces but they were becoming increasingly obsolete. To increase their combat value and extend their service life, a new upgrade program was launched to improve the aging tank fleet for a fraction of the price. The first stage was the T-55AM1, focusing on considerable firepower improvement. Accuracy with a new Kladivo FCS was increased 6.4 times for static fire, and 3 times while on the move. The second stage, T-55AM2, appeared during the early 1980s to address the need for additional protection against man-portable anti-tank weapons by adding applique BDD plates to the upper frontal hull and turret. Furthermore, it had a more powerful engine and a smoke grenade launch system. 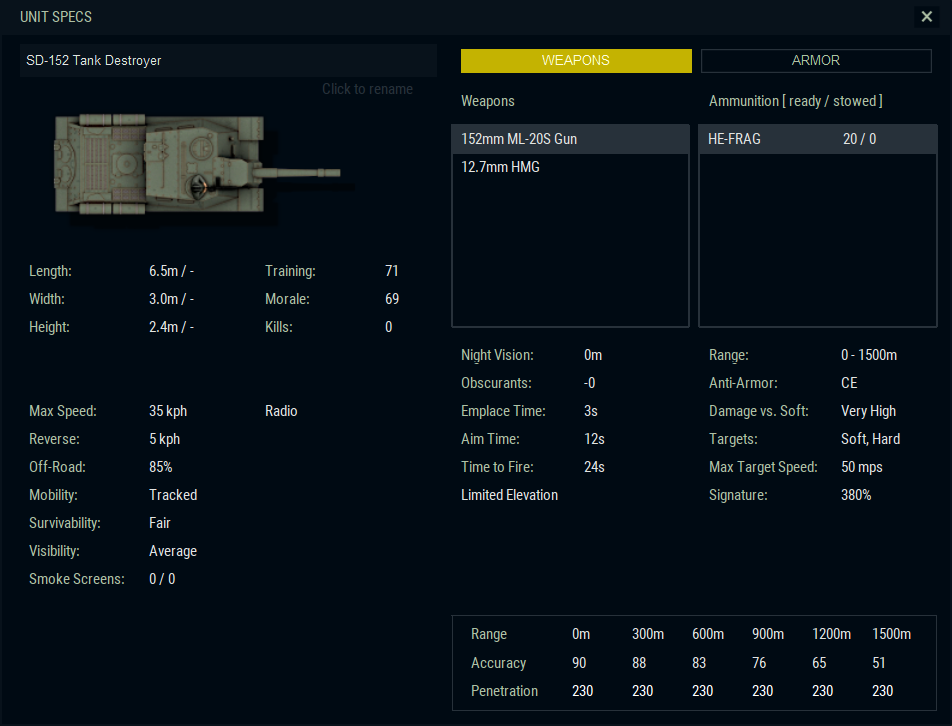 The ISU-152 was a Soviet heavy self-propelled gun developed and used during World War II. Unofficially nicknamed Zveroboy (Зверобой; "beast killer"), it featured a 152mm gun with a multi-role purpose of knocking out heavy tanks, destroying enemy fortifications, and providing artillery support for more mobile units during offensive operations. As part of the USSR military assistance to friendly or pro-Soviet countries, ISU-152s were transferred to the Czechoslovak military after World War II. For several decades it was the heaviest armored vehicle in the Czechoslovak People's Army, and they were often used to test newly-developed anti-tank obstacles. Some were deployed with Border Guards between late 1960s to early 1970s. 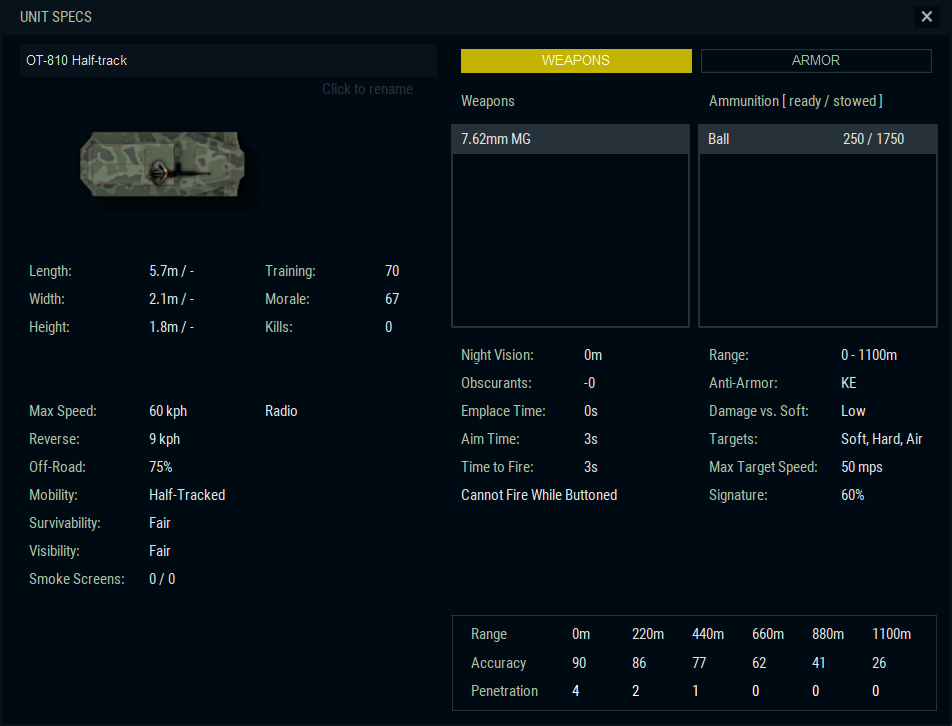 Following World War II experience, the Czechoslovak army was deeply impressed with the concept of halftrack armored personnel carriers. In fact, the “standard” Czechoslovak APC from the late 1940s to mid-1950s was the German Sd.Kfz.251, captured in relatively large quantities. Using captured vehicles was a necessity for the newly re-established Czechoslovak army in 1945, but by the late 1950s, the halftracks were seriously worn-out and a replacement was required. By 1954, a program was underway in Czechoslovakia to develop two domestic variants of the future APC: one with tracks (OT-810) and one with wheels (OT-64). The requirements included mortar carriers and anti-tank variants (carrying an 82mm recoilless rifle) as well. OT-810, while based on Sd.Kfz.251, was a fully-enclosed half-track with different superstructure shape and air-cooled diesel engine. However, it kept predecessors' drawbacks as well: it was hard to steer, the troop compartment was cramped, and maintenance was demanding. It soon got a nickname “Hitler’s Revenge”. It was gradually replaced as troop transport by more modern vehicles, but in other roles it persisted longer and the last vehicles were withdrawn from reserve as late as 1995. 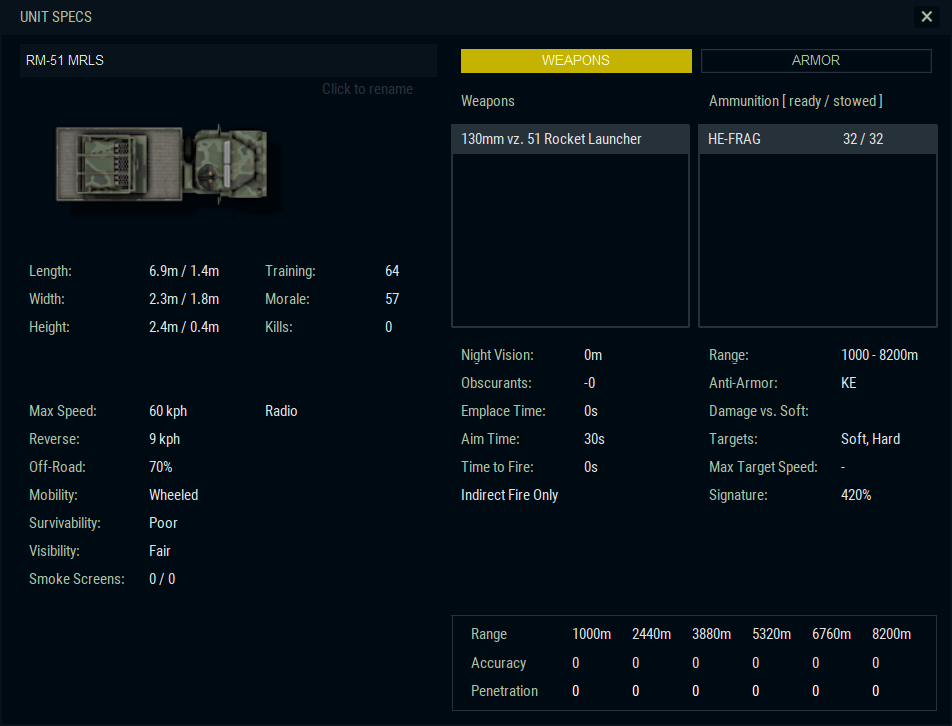 The RM-51 (Raketomet vz. 51) multiple rocket launcher was a Czechoslovak-made alternative to the Soviet BM-14 developed in the 1950s. It was an unarmoured truck-mounted 32-tube 130 mm MRL issued to infantry units at battalion or regimental level. It was designed to support ground troops by the destruction of surface targets, concentrated manpower, lightly armored equipment and field fortifications within a distance of 8.2km.