Advanced Tactics Phoenix Version just made it to Open Beta

Advanced Tactics is the breakthrough wargame-4X that has been going strong ever since its release in 2008 and upgrade to Advanced Tactics Gold in 2011. Combining random scenario generation with solid wargaming and 4X empire building.

Recent releases like that of Shadow Empire have kept Vic from doing any work on Advanced Tactics Gold. Hence Vic has signed up with Phoenix Team to bring some well deserved new life and support to Advanced Tactics. 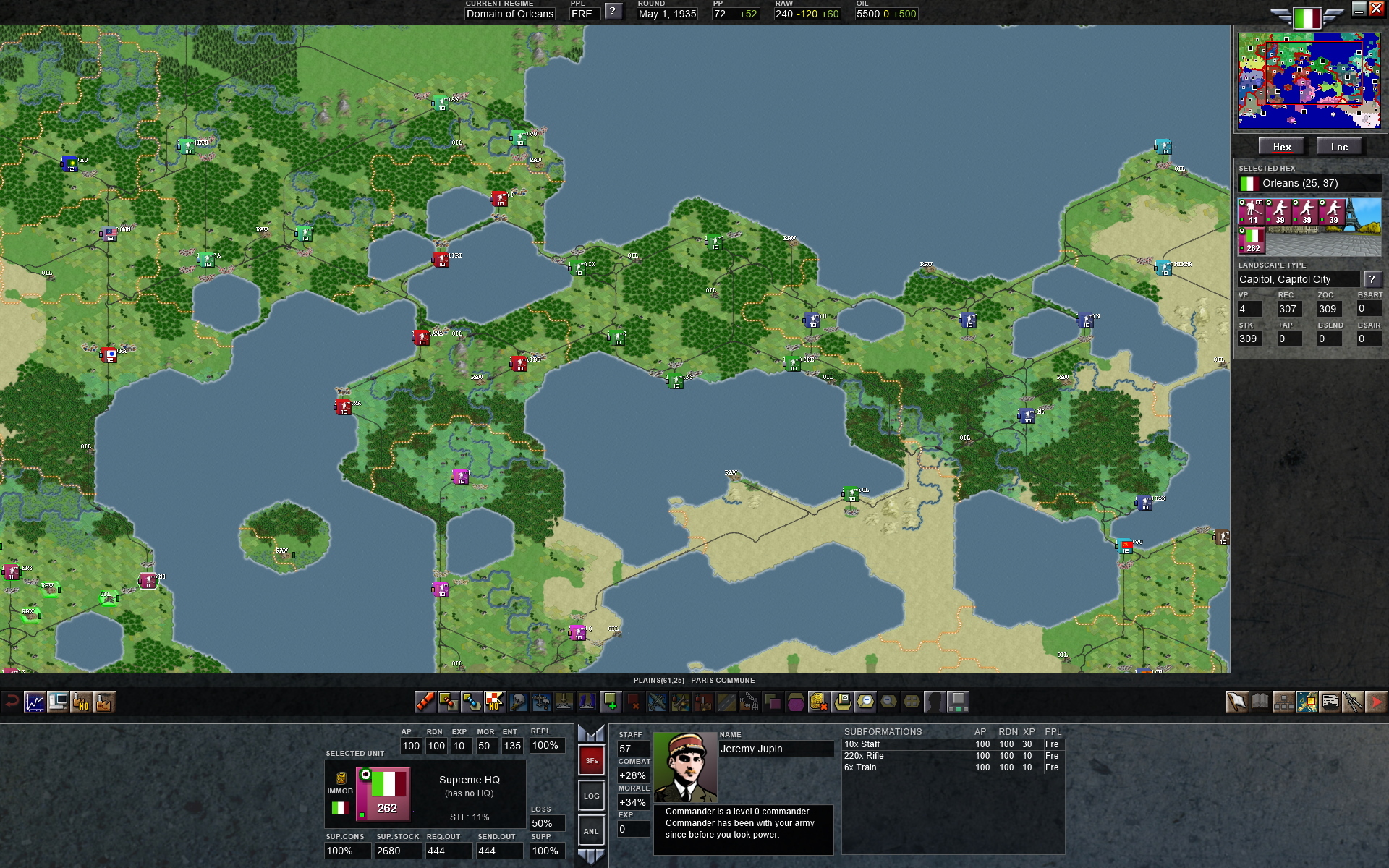 At the moment Phoenix Team consists of Erich Ormand, well known for his Four Seasons Mod, and the prolific Claus E. Füssel, known for his popular Global Domination scenarios and many others. 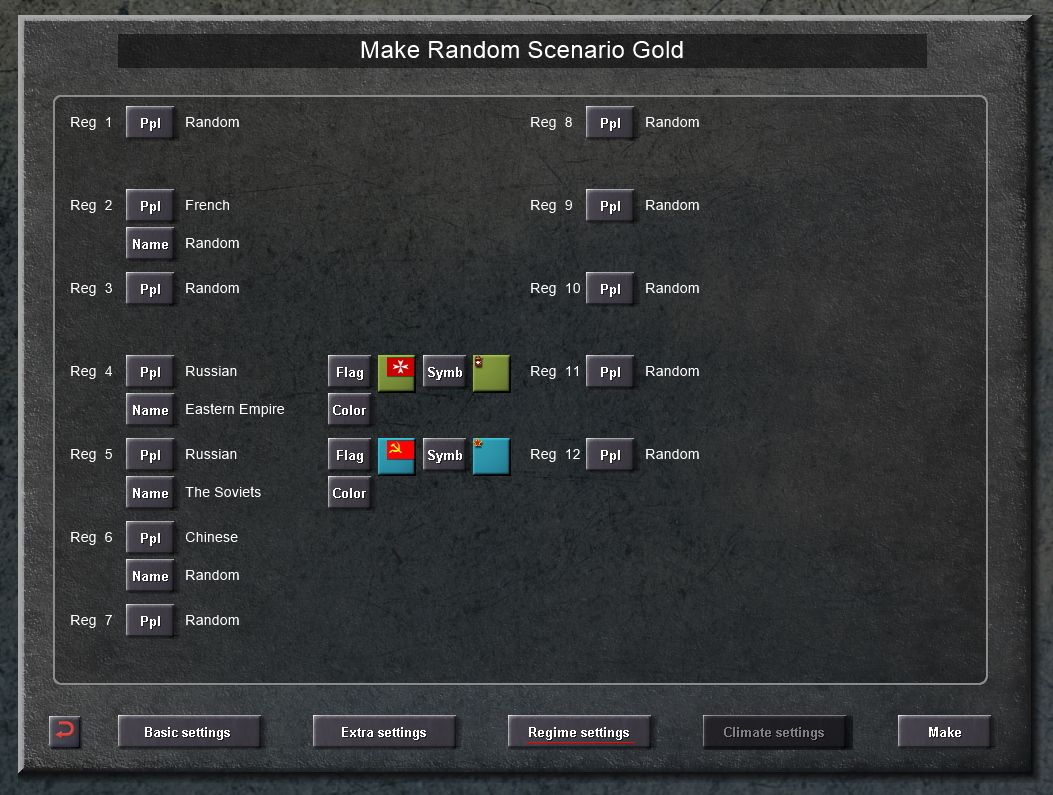 We are starting this cooperation nice and easy. Phoenix Team is currently working on a volunteer basis and focussing on bug fixing, adding some features as well as improving the editor and its documentation. But if all goes well Phoenix Team might consider taking on the task of finally upgrading AT Gold to AT Platinum. 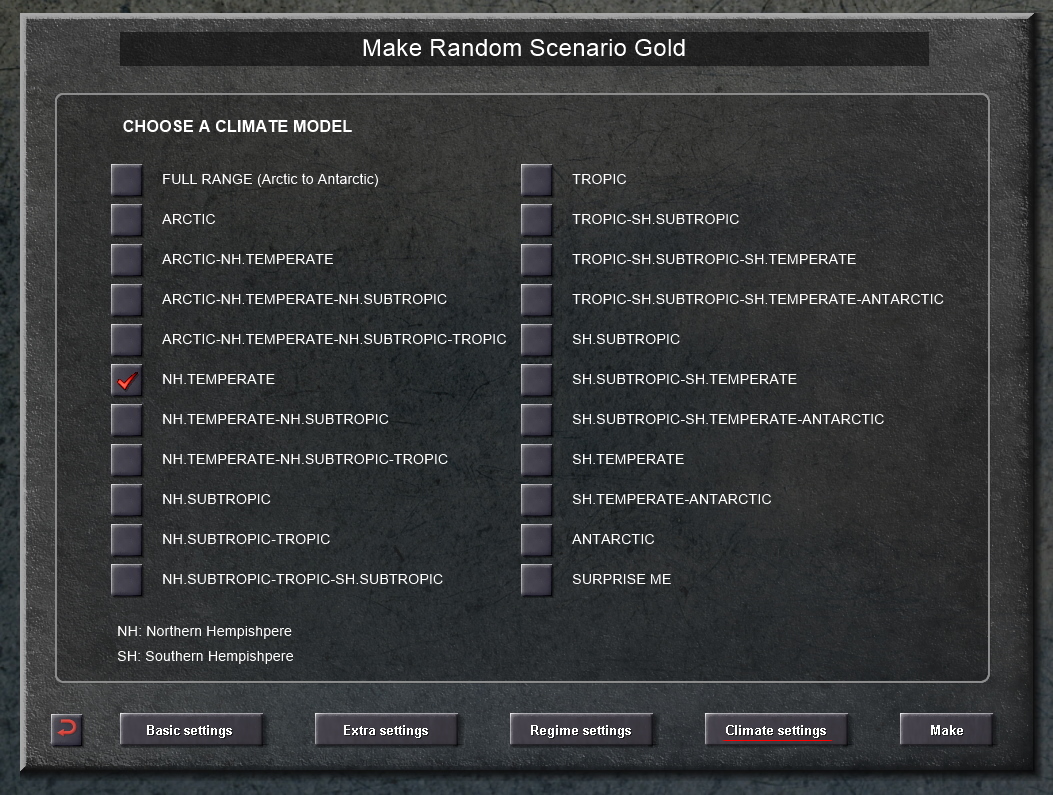 The Open Beta is available for manual install on the Matrix forums and as a BETA branch on Steam.

Here you can see the changelog v2.40:

Major New Features:
1. Added ability to select regime properties, People, Name, Flags, and colors for random games
2. Extended the climate system to cover the globe from Arctic to Antarctic with a selection of 21 different combinations of climate zones.
3. Ability for Scenario Designers to transfer units, leaders, historical units, models, and TOE formations into games that make up a campaign.

Fixes and minor new features:
1. Implemented full 64-bit executable, with larger memory modules – makes it possible to take screen shots of large maps, load larger graphics for overlays, and more units, etc.
2. Changed Zoom mode with wheel so that selected hex is not changed. This removes CTD bug when checking production for a LocType after zooming.
3. Changed focus with zooming to better center on the selected hex.
4. Improved movement calculations with mixtures of mobilizer units.
Now it is based on matching heaviest units with mobilizers with highest capacity.
5. Fixed issues with incorrect sounds being played with mobilizers, in particular with CVs and aircraft.
6. Fixed bug where the preview AP cost for building roads/bridges was incorrect for mobilized engineer units.
7. TOE import/export now reads all four NATO graphics symbols.
8. Fixed bug where TOE transfers were NOT subject to anti-supply interdiction.
9. Anti-supply losses are tabulated in the info screen at the start of the turn and on the info screen in game.
10. Fixed issue with graphics when clicking between HQs with and without a leader. When selecting an HQ with no leader right after selecting one with a leader, the SFType window would be indented. Also, added headers for AP, RDN, XP, and PPL for HQ w/o leader and SFType number exceeds 8.
11. Fixed bug with officers in a disbanded HQ being sent back to the pool with active cards.
12. Modified production so that items will be produced with excess production if the item is no longer viable. Fixed production prognosis so that production of items obsolete items will not appear to be stockpiled each turn, but will stop being produced when excess production is fully used.
13. Fixed uncommon bug where an HQ could be set to a non-HQ TOE model. Occurred when there are no TOE HQ templates, and a land unit and HQ are in the same hex. If the land unit is set to a land unit template, and the user advances to the HQ, the “Change to this Model” button was still active, and the HQ could be set to the template that the previous unit was set to if the “Change to this Model” button was pressed. It is likely this problem could have existed in the reverse as well.
14. Changed counter-battery fire so that attacking artillery unit gets benefit of entrenchment.
15. Fixed bug where the units in the Info window could not be selected for TOE models.
16. Implemented a confirmation to change a unit’s TOE model.
17. Fixed bug where resources and PP production are not updated when giving a city to an ally.
18. Fixed bug where resources and PP production are not updated when setting a city to no HQ.
19. Fixed text when assigning officer to an HQ with TOE model so that when no officer is present, it says “Appoint” rather than “Swap”.
Similarly, when officer is present the text “Selected HQ has no officer”
is displayed, as it is for a non-TOE HQ with no officer.
20. Fixed bug where a call to the exec function to change an SFType name in an event creating a model would not change the name.
21. Fixed bug occurring when attempting to change the SFType Picture sprite and sideways sprite in the event creating a model.
22. Fixed color palate to save custom colors. The colors are stored in RGB format in “MyATGCustomColors.txt” is written to the main ATG directory and can be edited to add or modify custom colors.
23. Fixed LOCType events numbers for AI building not tracking correctly when events are moved up or down in the list.
24. Fixed bug where an SFType reinforcement number was not updated correctly when the SFType was moved in the list.
25. Modified “Change short name” in TOE ModelDesigner so that it also changes the unit name that is displayed in the unit window.
26. Fixed TOE ModelDesigner so that changing the TOE name does not automatically rename and renumber the units.
27. A unique TOE Model name is assigned to the predefined unit so that it can be identified in the editor. Also, the predefined units are created with default morale = 50 and readiness = 100.
28. Modified AutoChangeProdLine to allow switching production lines based on all SFTypes that upgrade to the item being checked.
29. Fixed problem with NationalIconBIG sprite being displayed as the medium sprite
30. Added data element to identify SFType aircraft as CV operational
31. Added data element to modify ATT values for an SFType when conducting amphibious attacks.
32. Fixed bug where it was possible to add more aircraft to an aircraft carry than its capacity while it is at sea.
33. Added capability so that discovering a particular technology will block a specific model concept (and derivative models).
34. Added capability to bypass the rulevars to specify people for random games with the use of a stringlist. In this way, virtually, and unlimited number of peoples can be used for random games.

Modifications to the Editor:
1. Added capability to move SFTypes, LandscapeTypes, LocTypes, Items, Research, Roads, Rivers, and People in the editor lists.
2. Added capability to add multiple Landscapes for graphics overrides (instead of one at a time).
3. Added capability with rulevar(918) to track the movement of data elements, which can then be used to refactor games made with the previous Masterfile to the new Masterfile after it has been modified through moving data elements.
4. Added an ID # to these elements, and a function to find the index of the item based on the ID #.
5. Added 18 new Check functions.
6. Added 10 new Exec subroutines.

Support your classic games and do please do give it a whirl and let Phoenix Team know of any issues!