Can you carve out a European empire that will survive the growing threat from perfidious Albion and her allies? Can you change history and do better than L'Empereur? 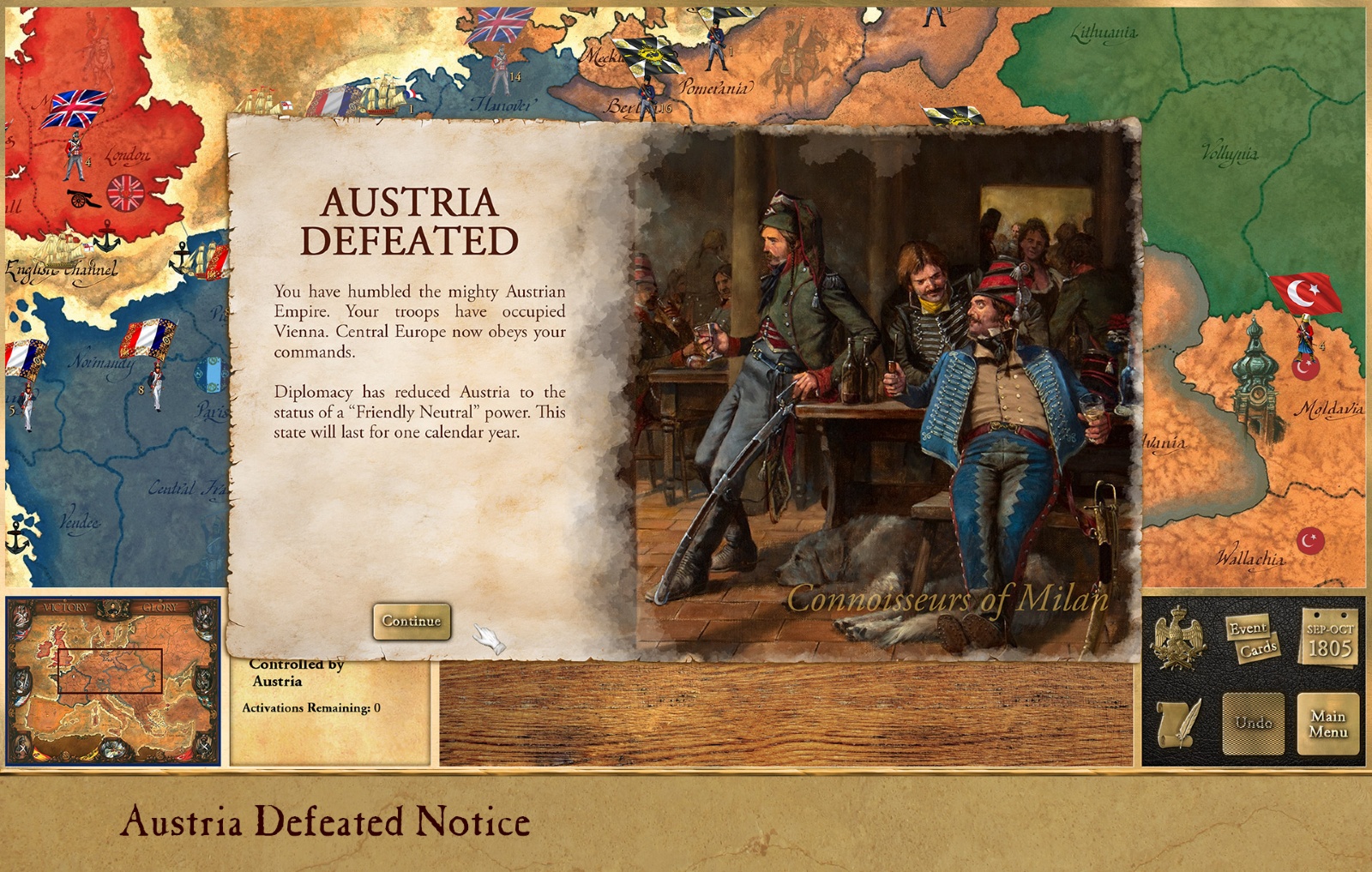 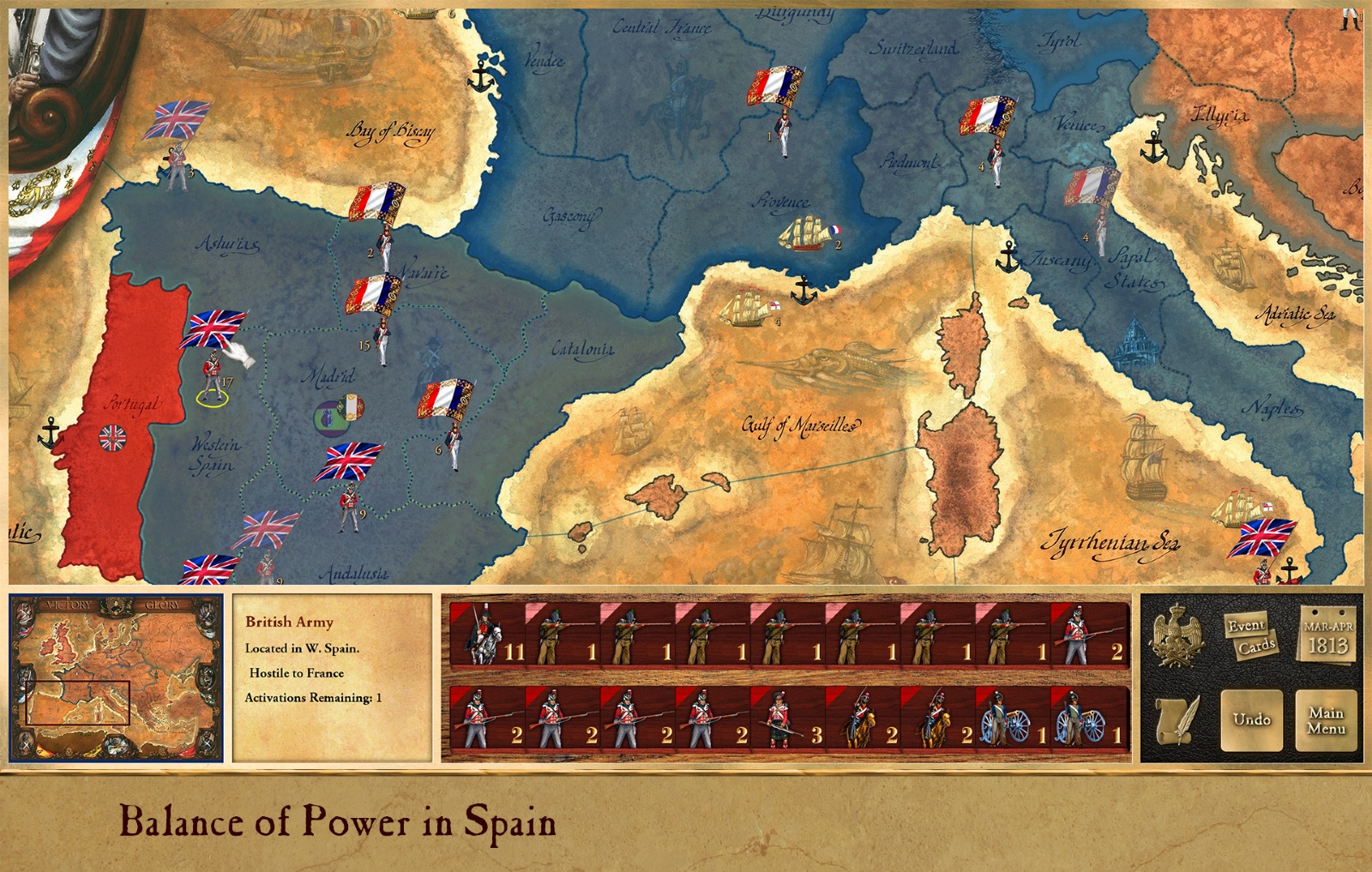 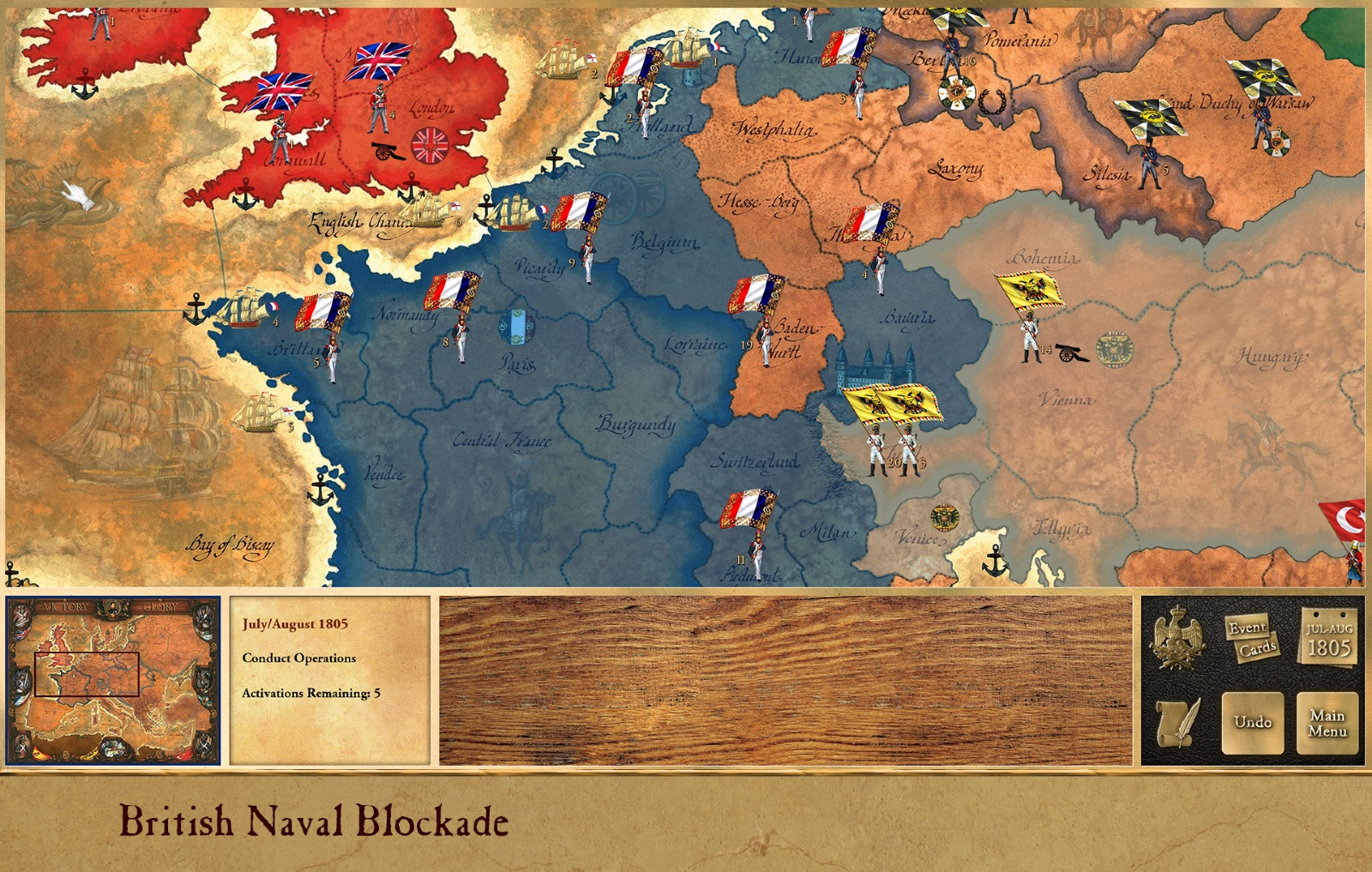 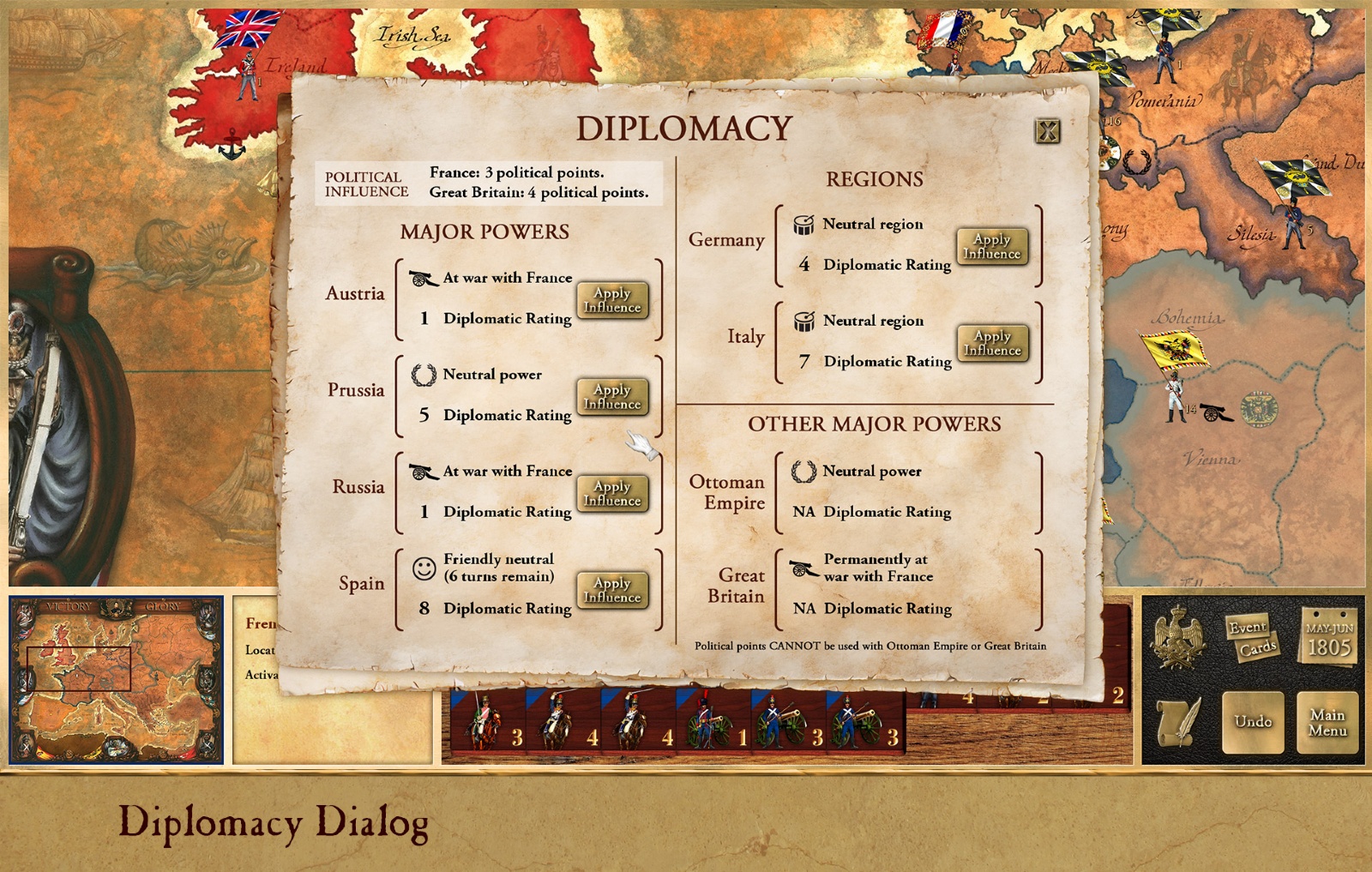 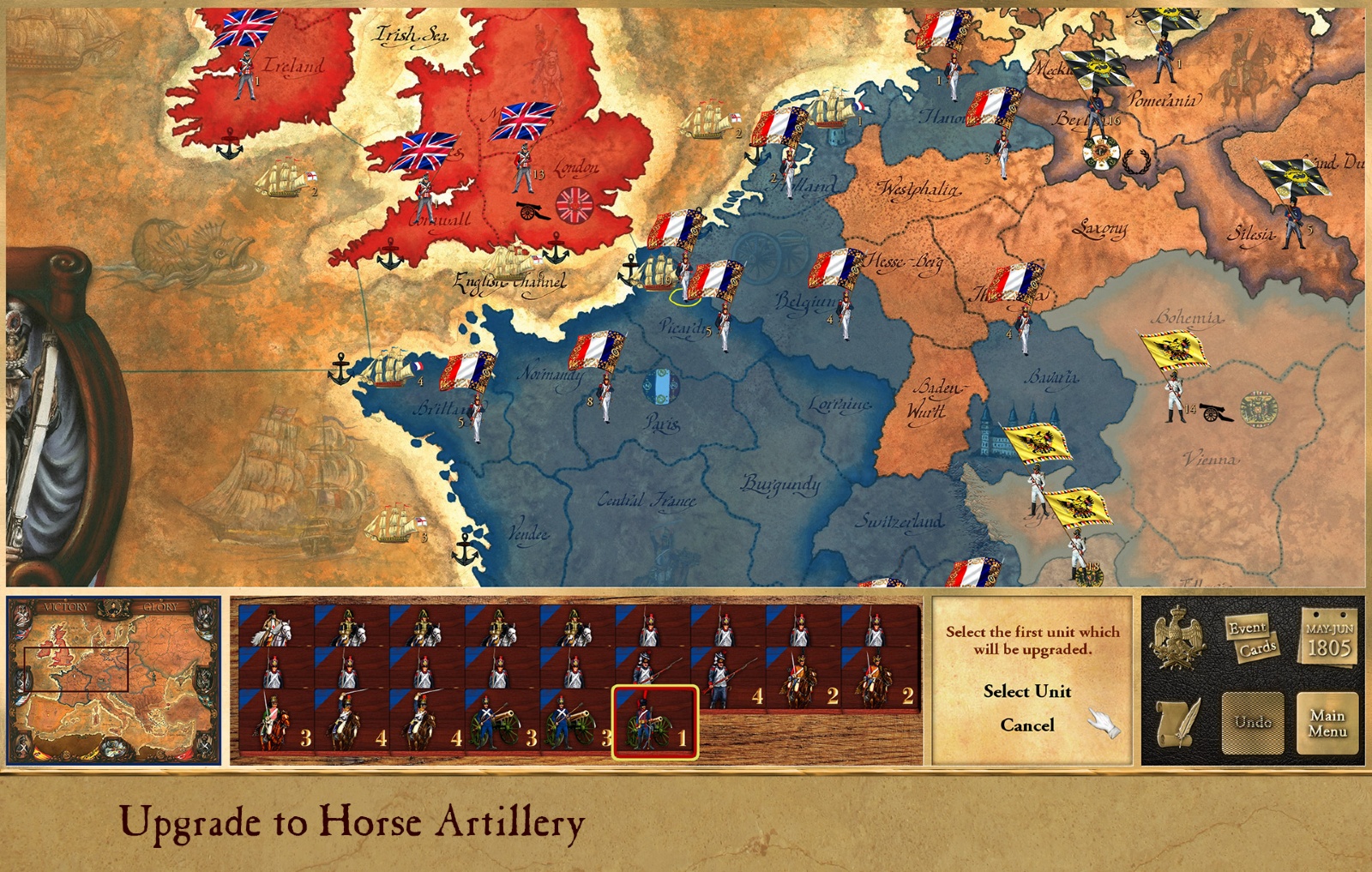 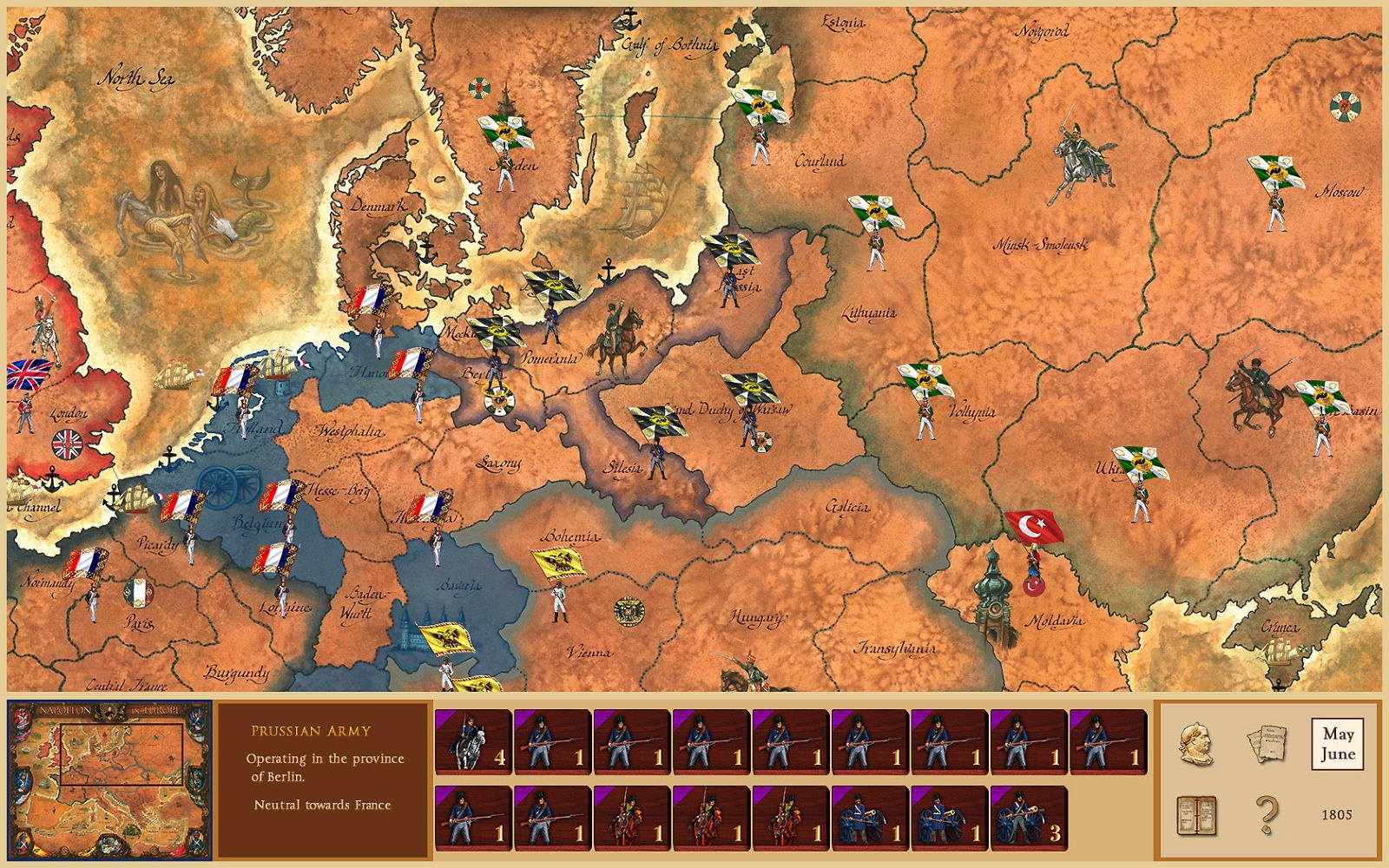 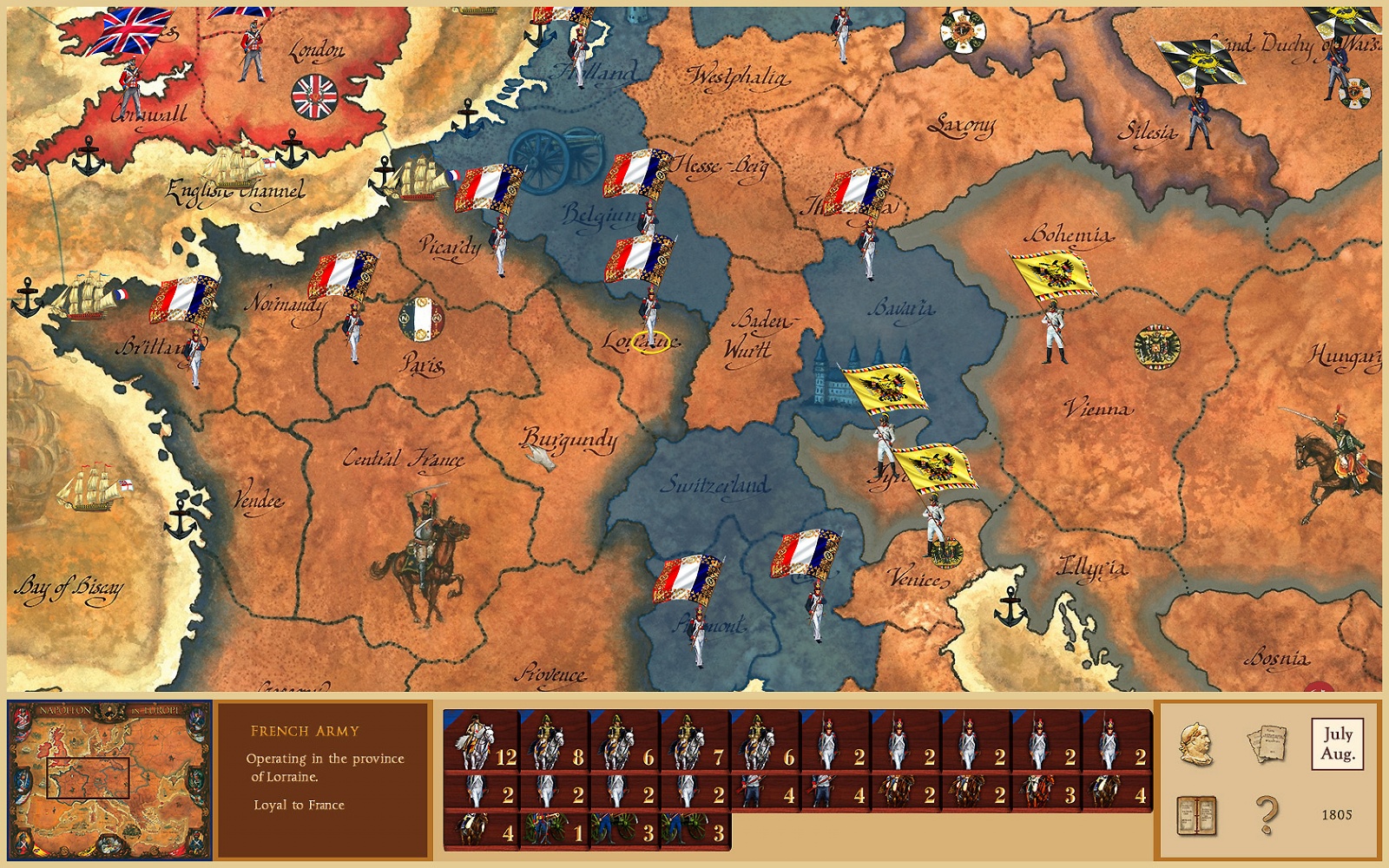 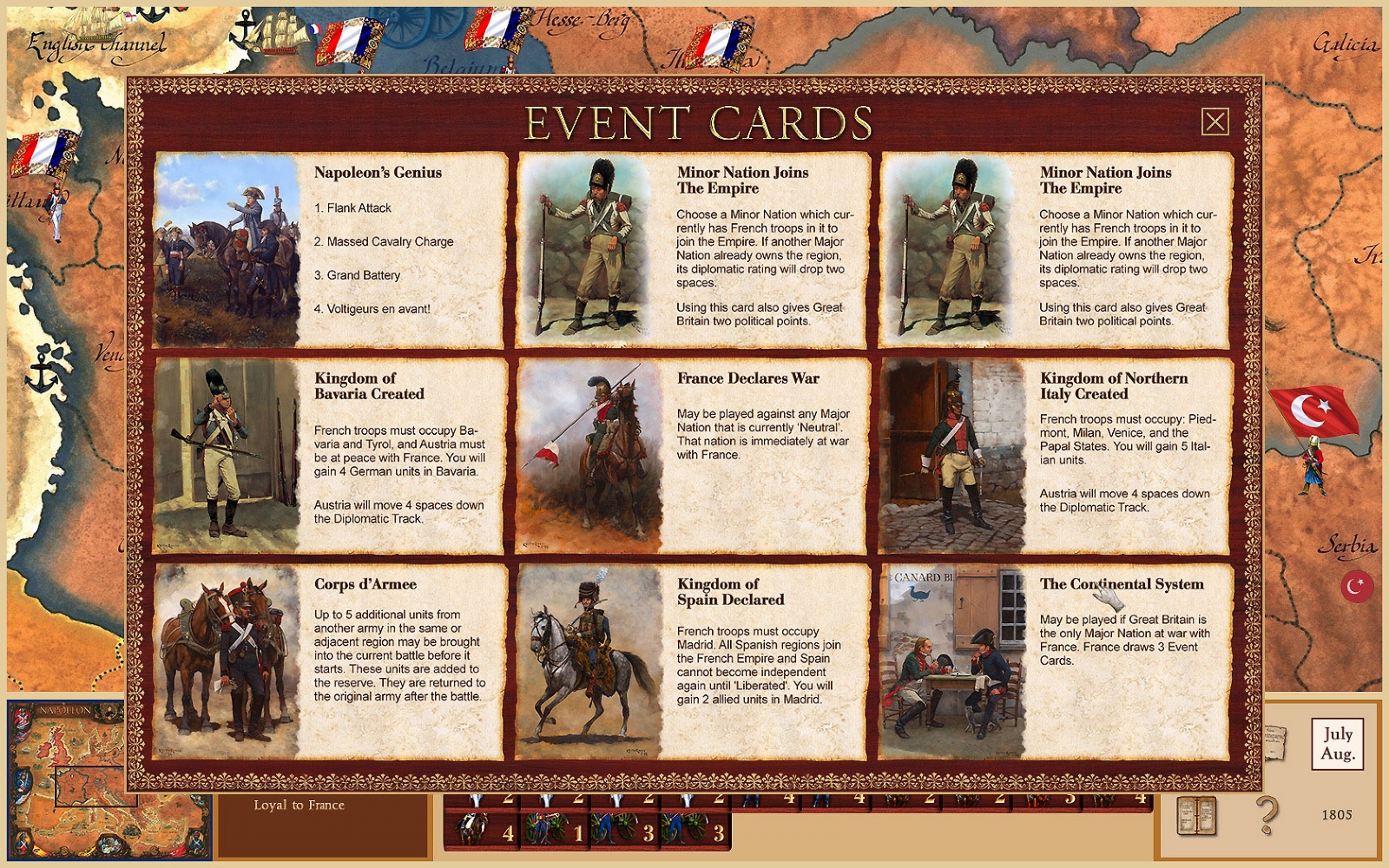 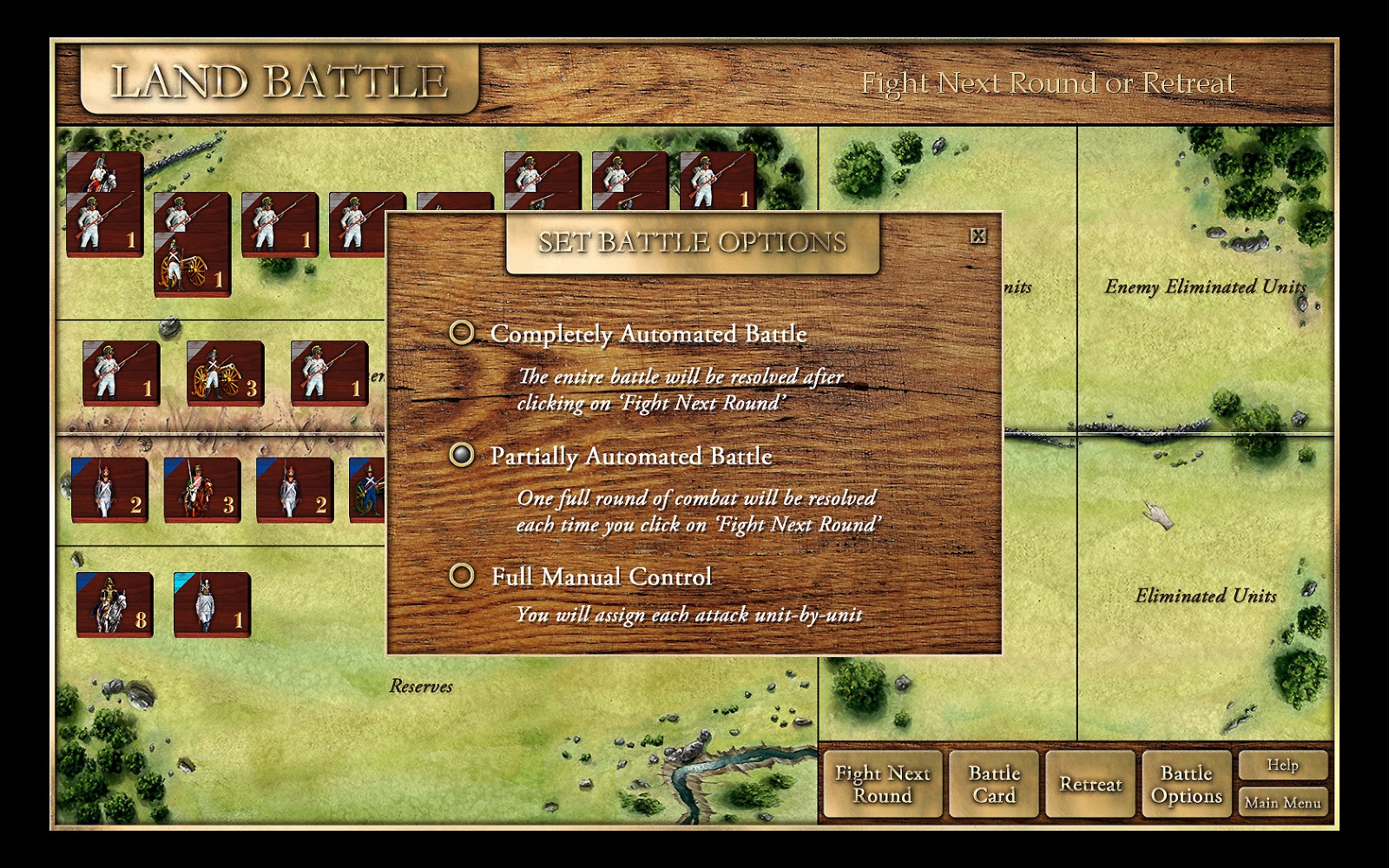 Victory and Glory: Napoleon has been released!

Mar. 17, 2016 - Are you ready to fight as the Son of the Revolution himself? Victory and Glory: Napoleon puts…

Mar. 09, 2016 - Today we have the pleasure of interviewing Glenn Drover, game designer of the upcoming game…

Victory and Glory: Napoleon is a game of grand strategy and fast-play tactical battles where you take the role of Napoleon Bonaparte and attempt to dominate the entire continent of Europe. You will move armies and navies, fight great battles, recruit new troops, and add new regions to your empire. The AI controls Great Britain and the other allied nations and troops that comprise an ever-changing alliance bent on stopping you!

Re-fight the entire Napoleonic Wars! Can you carve out a European empire that will survive the growing threat from perfidious Albion and her allies? Can you change history and do better than L’Empereur?

1809: The Austrian Phoenix and the Spanish Quagmire 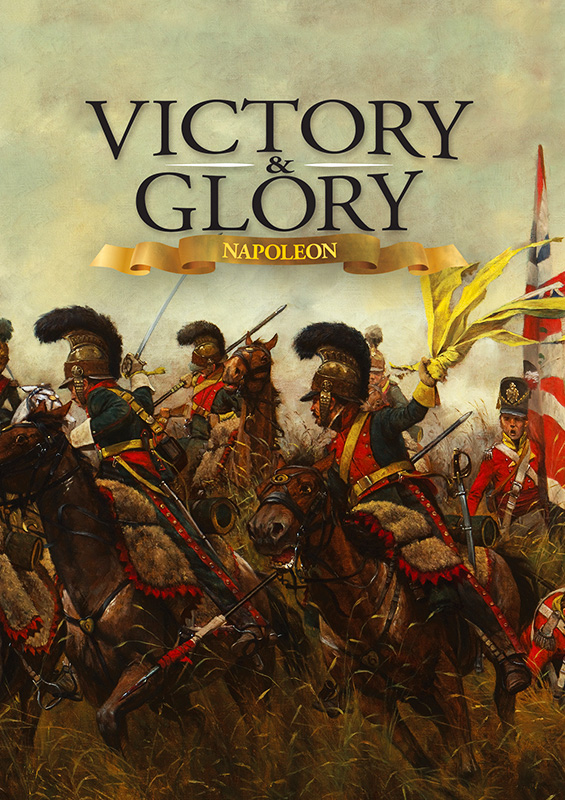