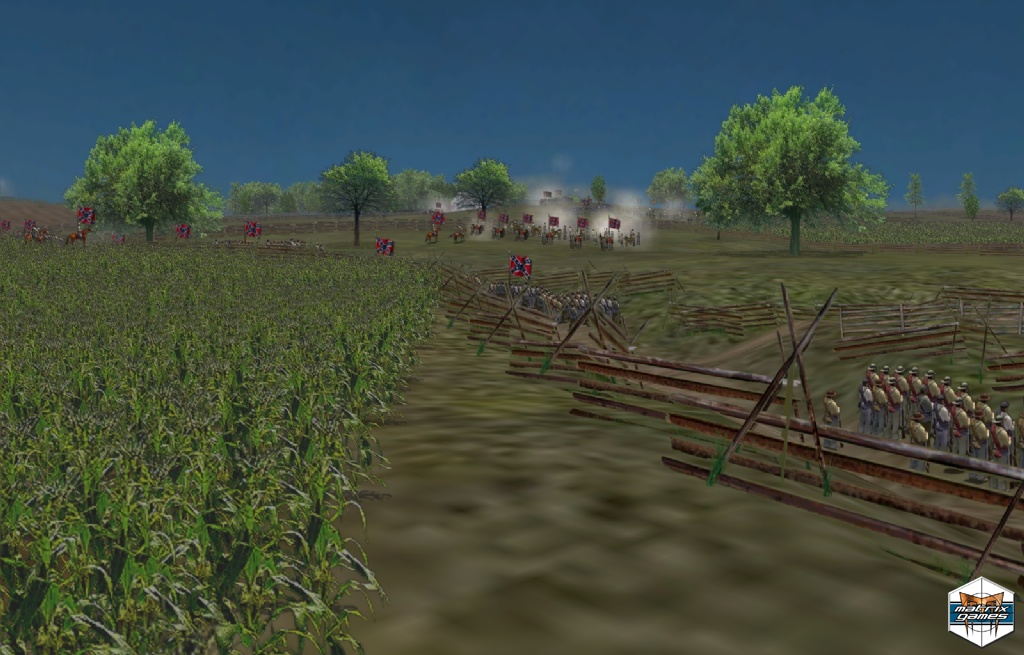 Antietam is an expansion for Scourge of War, the definitive American Civil War grand tactical wargame of this generation. Scourge of War captures the tactical challenges that faced the real Union and Confederate commanders more than 130 years ago. 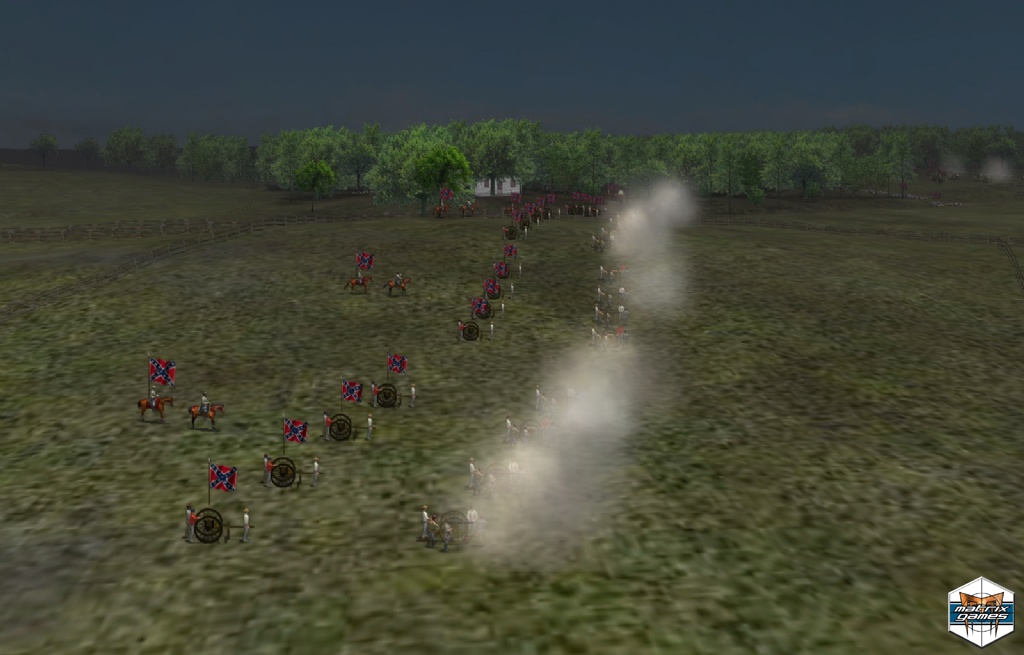 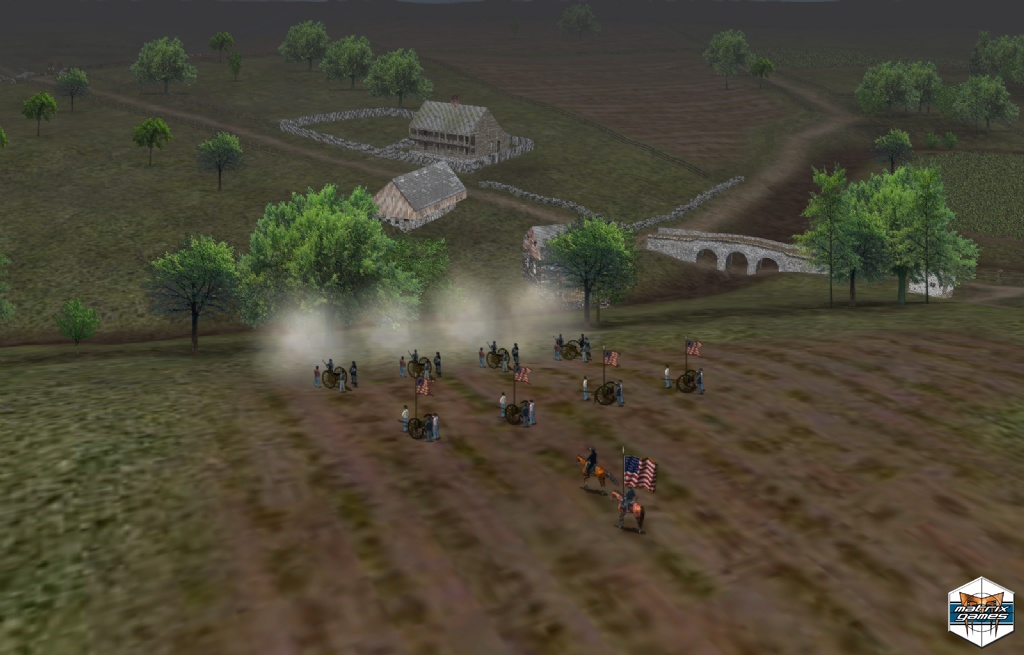 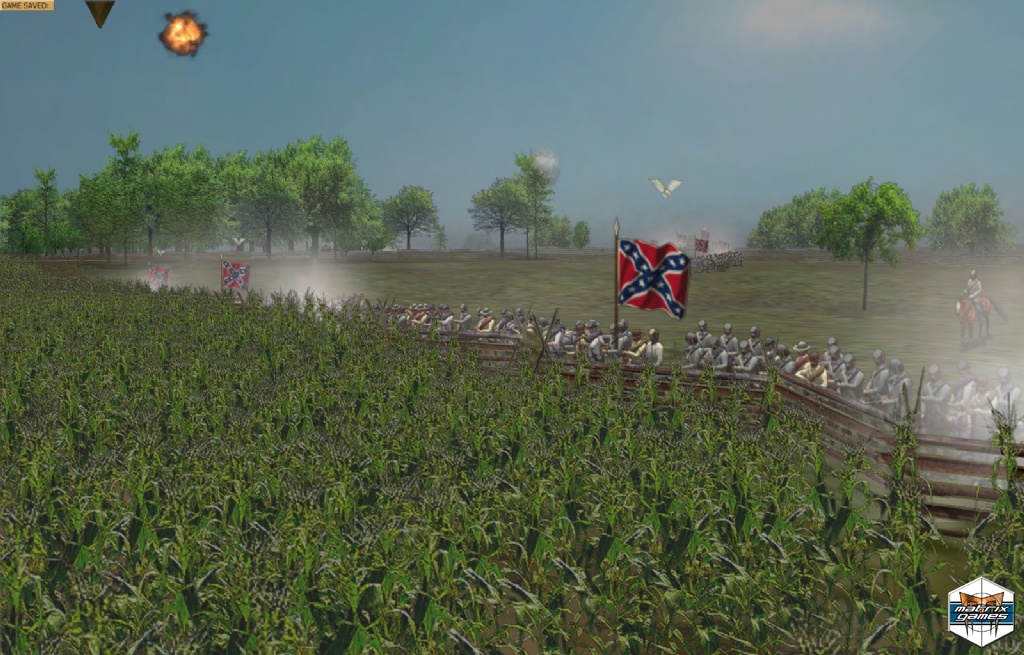 In Scourge of War: Antietam, the second major battle expansion for Scourge of War: Gettysburg, players will take command of the Union or Confederate forces during the battles of Antietam and South Mountain in September of 1862. Scourge of War is the definitive American Civil War grand tactical wargame of this generation.

With impressive 3D graphics, an award-winning AI, pausable real-time play, historical battlefield terrain and orders of battle down to the regiment and battery level, Scourge of War captures the tactical challenges that faced the real Union and Confederate commanders more than 130 years ago.

Antietam became known as the first major battle to take place on Union soil and the single bloodiest day of battle in American history. Incredible heroism and sacrifice on both sides made this one of the hardest fought battles in the entire American Civil War and also gave President Abraham Lincoln the opportunity he sought for the Emancipation Proclamation.

Scourge of War: Antietam contains 26 new single-player and 2 new multiplayer historical scenarios.  Weather and battle times have been authentically and historically recreated. Historical documents are included for players to enjoy and understand one of the most important battles in the American Civil War. The many successful and unsuccessful command choices also leave room for a great many alternate historical outcomes.

The Battle of Antietam or Battle of Sharpsburg was fought on September 17th, 1862 along the Antietam Creek, near the small farming community of Sharpsburg, Maryland. The battle was part of General Robert E. Lee’s Maryland Campaign and was the first major battle to take place in Union territory. It was the bloodiest single day in American history, with around 23,000 casualties.

Shortly after Lee launched his Maryland campaign, McClellan’s Army of The Potomac cautiously pursued him. When the McClellan’s Army was encamped in Frederick MD on Sept. 13th, Union soldiers discovered order 191, a detailed campaign plan outlining the movements of Lee’s forces. This document held the key to completely destroy Lee’s Army of Northern Virginia, yet the timid McClellan acted slowly and did not fully take advantage of it.

However on Sept 14th, he did manage to surprise a portion of Lee’s army guarding the South Mountain gaps, where he achieved a decisive victory. McClellan did not capitalize on his success and instead of pursuing Lee’s forces over the mountain; he halted allowing Lee’s army to consolidate on the high ground west of the Antietam creek.

This set the stage for the largest battle of the Civil War up to that point. Again, McClellan acted timidly and stalled for nearly two days, which gave Lee’s army valuable time to re-enforce his lines. Jackson’s force had captured Harpers Ferry on Sept. 15th and portions of it were still making its way to Sharpsburg. By the morning of Sept 17th, all of Lee’s divisions were setup on good defensive ground near Sharpsburg, minus A.P. Hill’s division who had been left to parole the Union prisoners at Harpers Ferry. He would arrive later that afternoon just in time to provide a crushing flank attack on the Union left, which would end The Battle of Antietam, resulting in a stalemate.

Extensively researched historical order of battle Random play mode to generate battles of brigade, division, or corps size on any of the included maps