World in Flames is Matrix Games computer version of Australian Design Groups classic board game. Covering both the European and Pacific Theaters of Operations during World War II, World in Flames is global in scope while simulating each branch of service in detail. 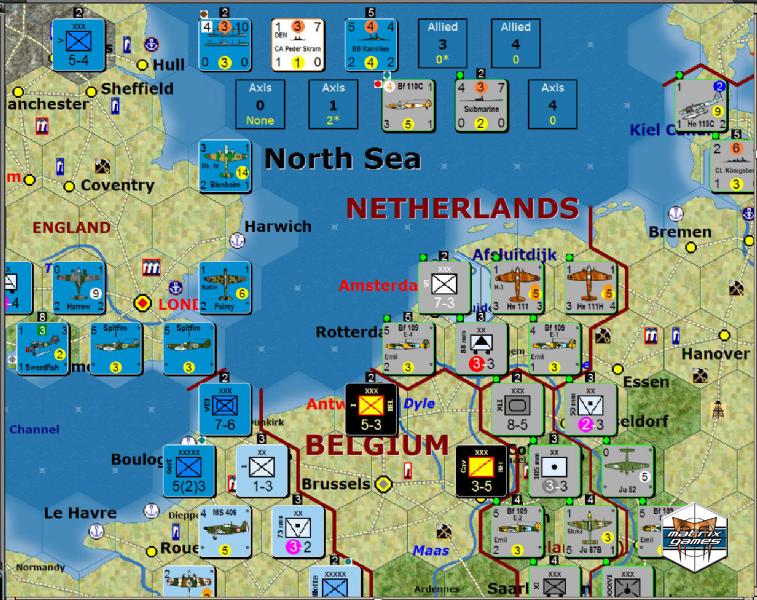 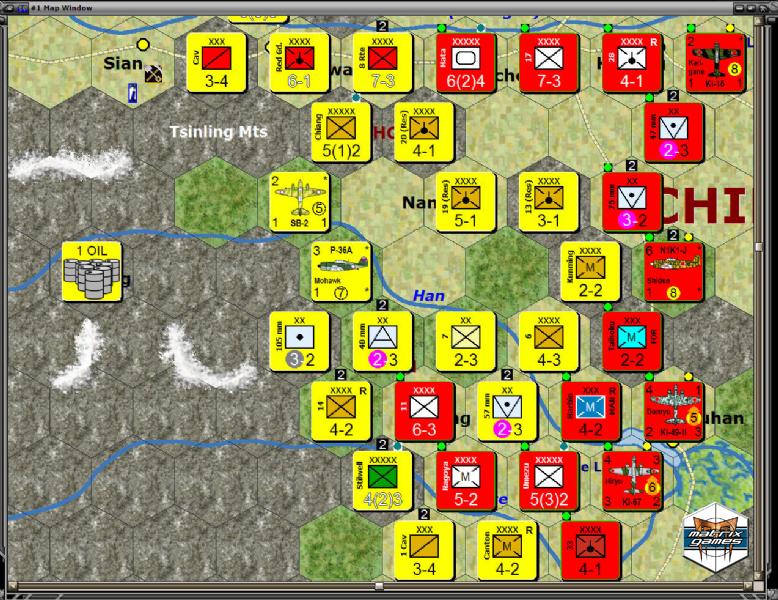 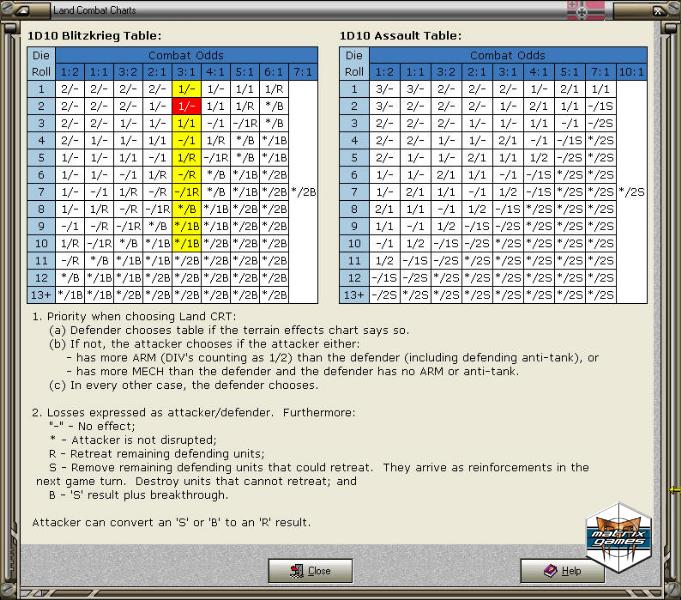 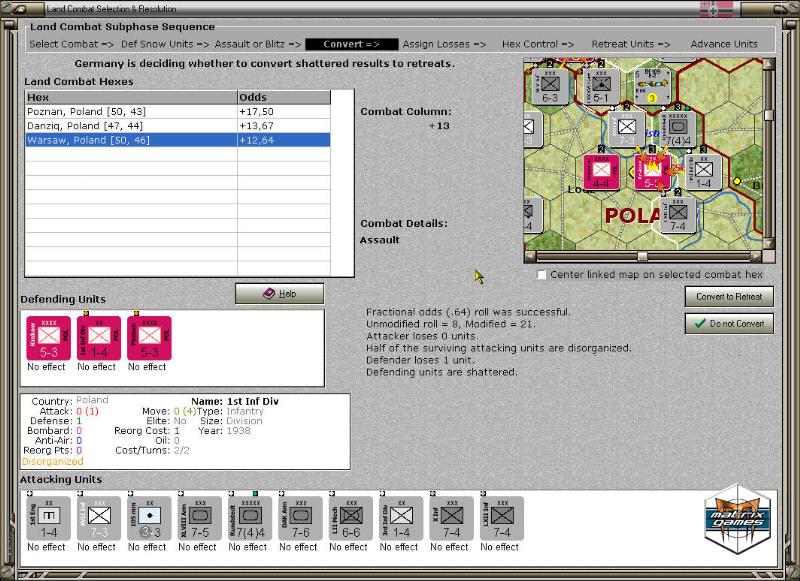 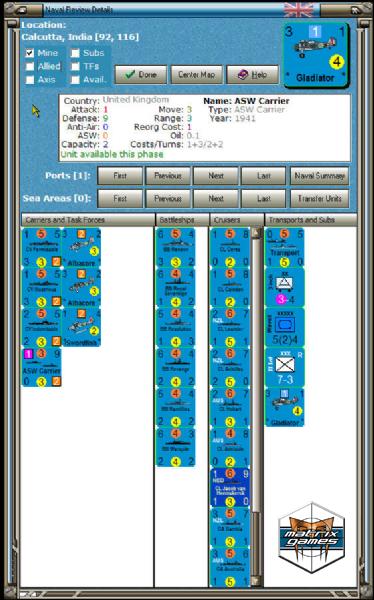 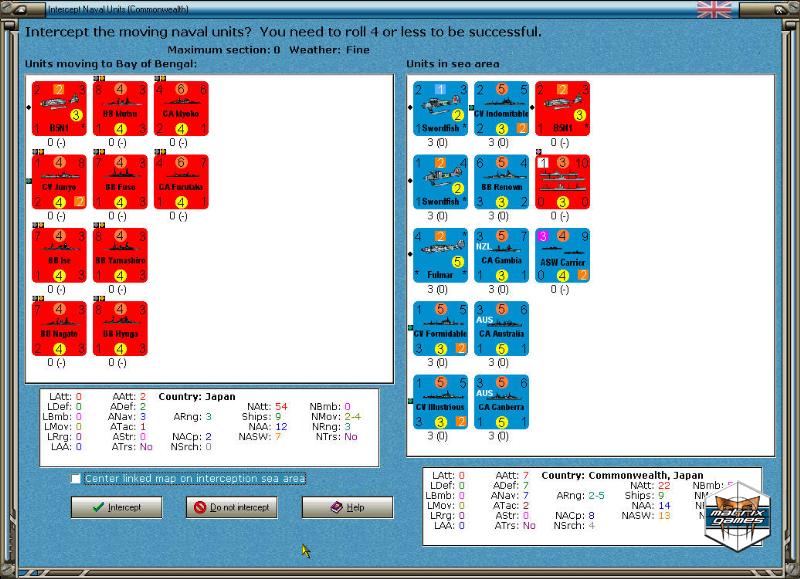 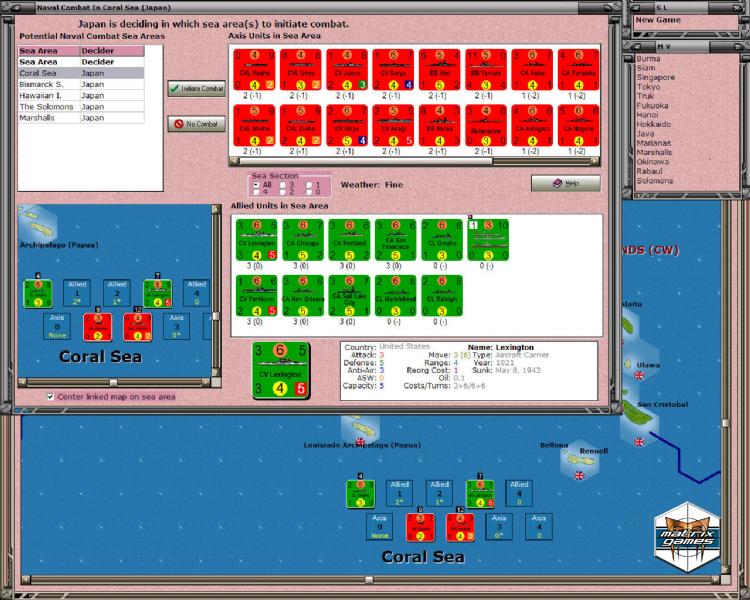 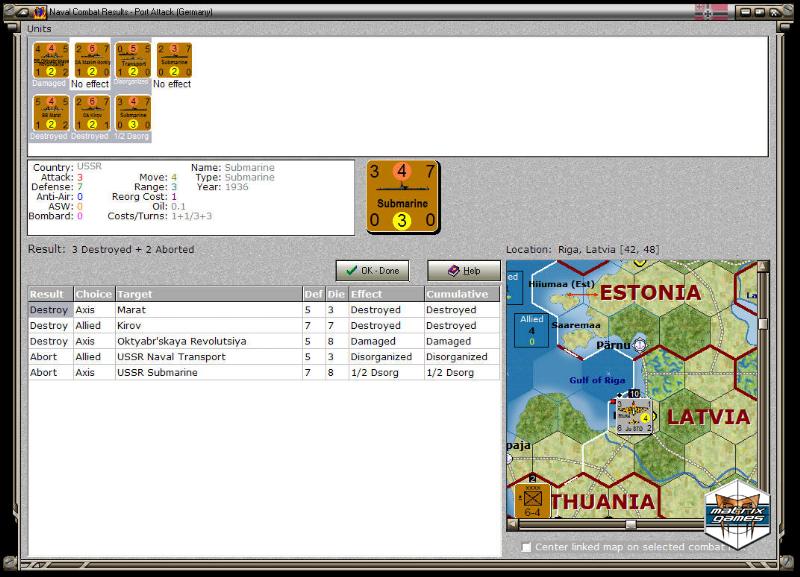 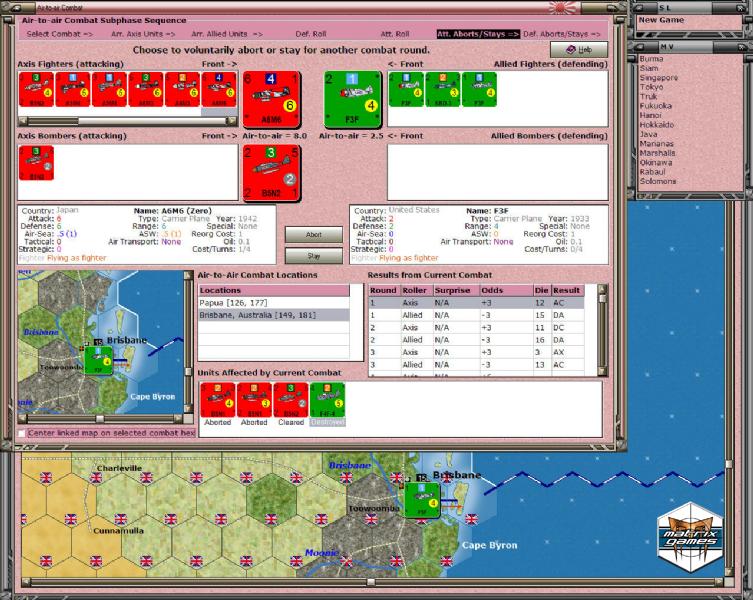 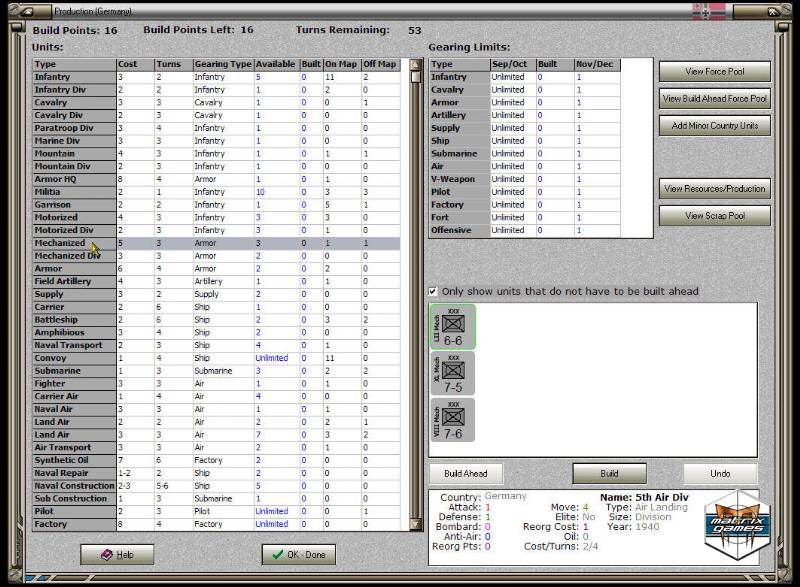 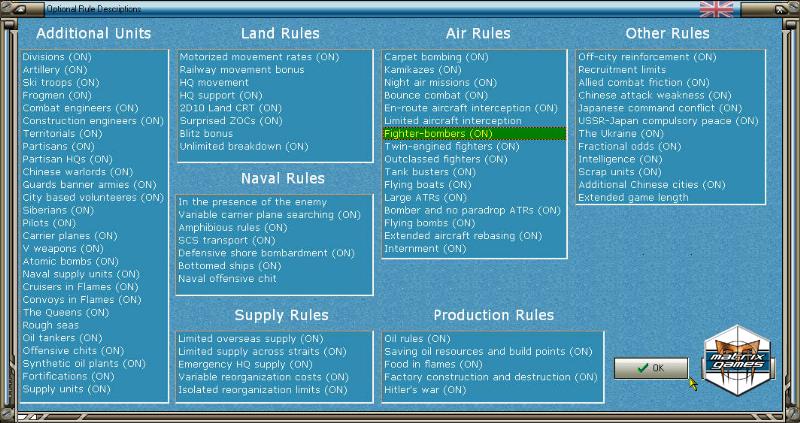 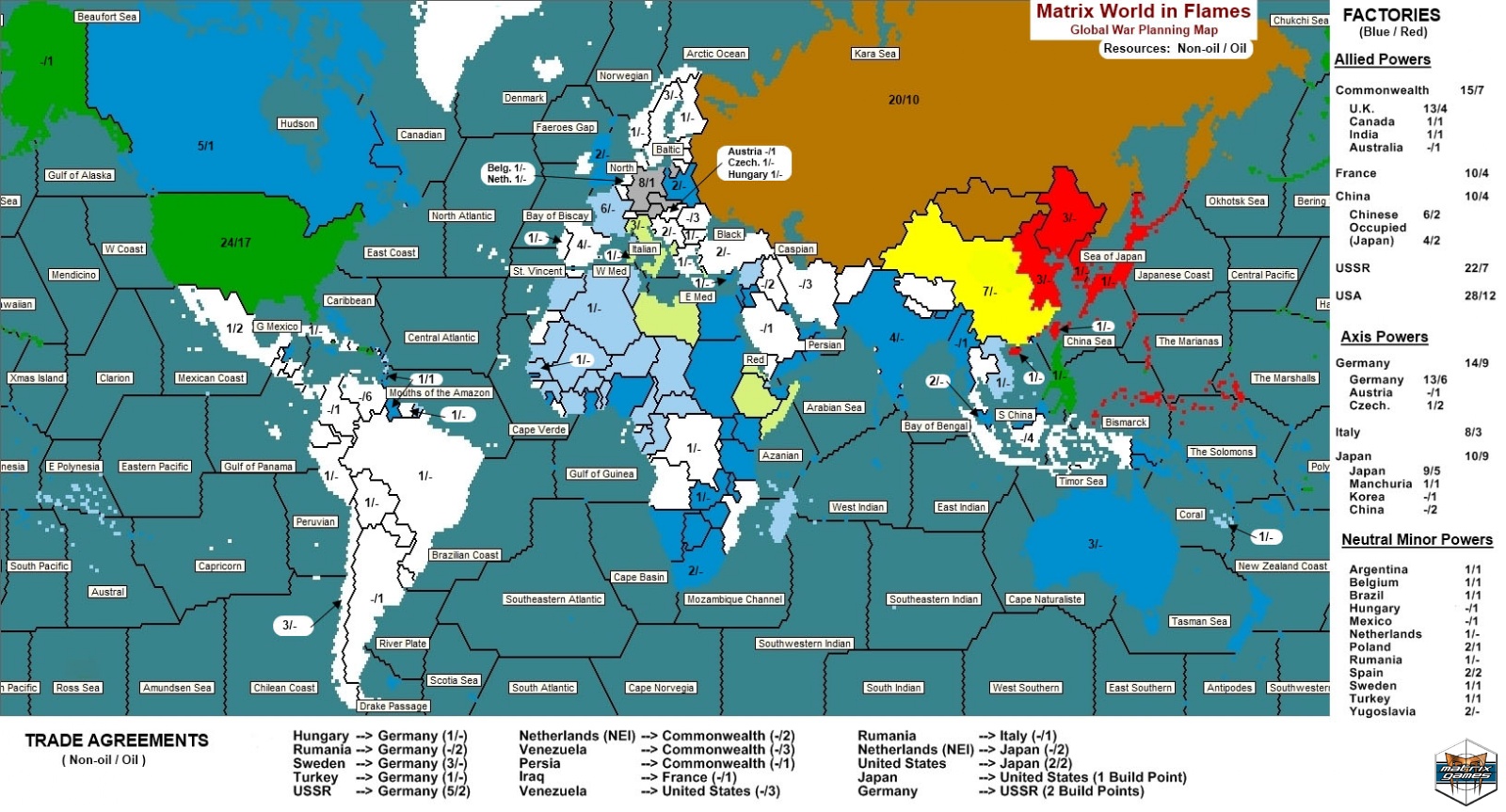 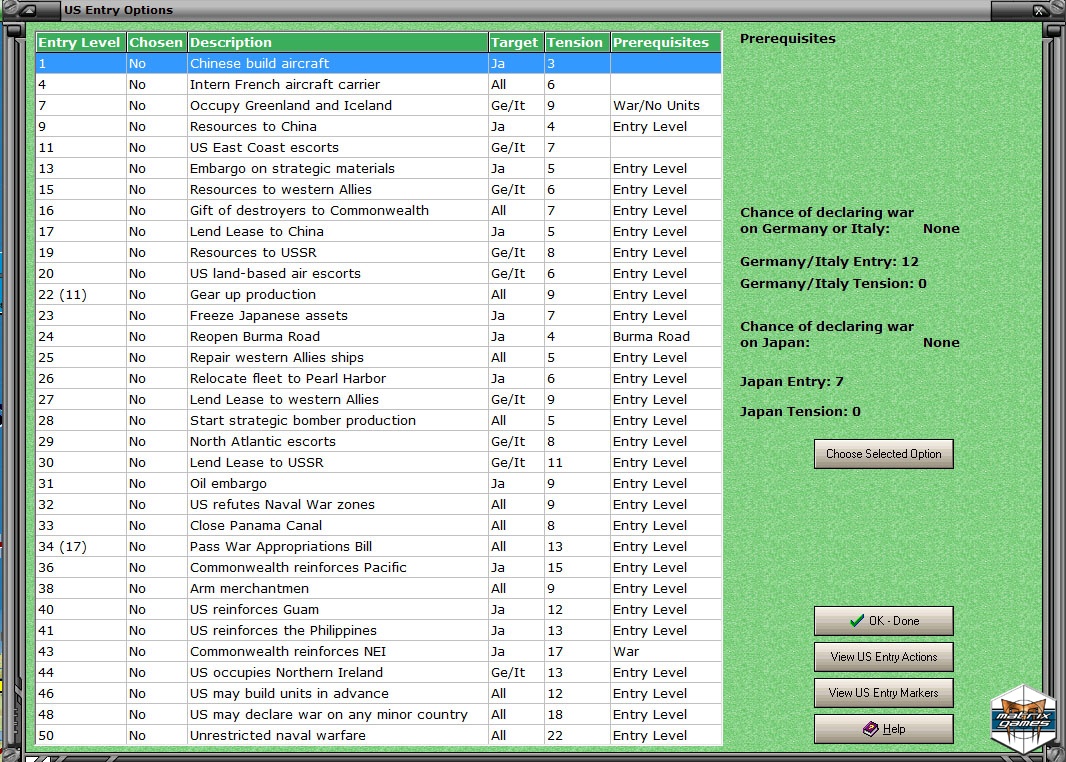 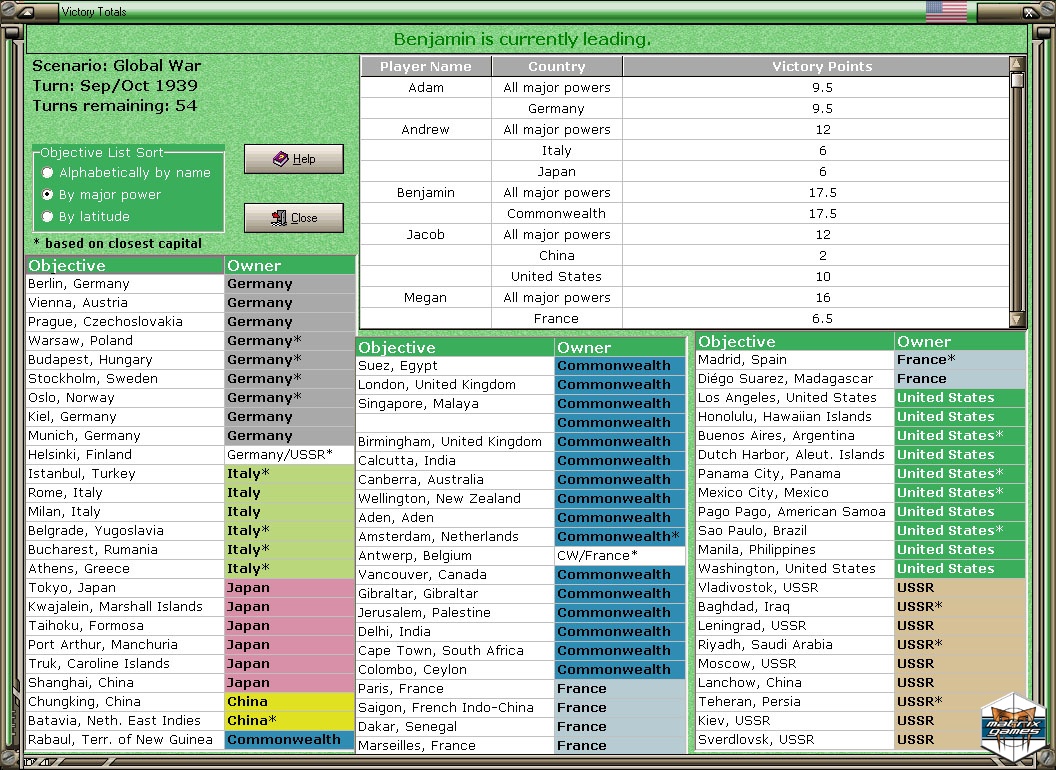 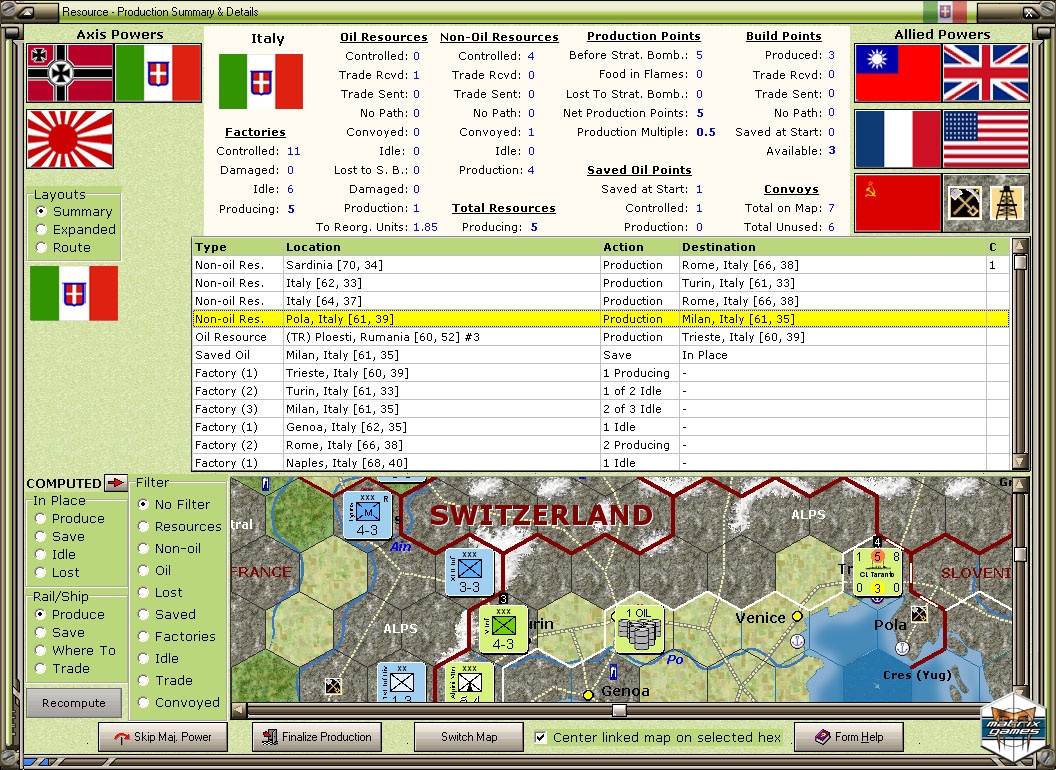 World in Flames AAR by Mayhemizer

Sep. 13, 2017 - Hello everyone! Finally, we have some Community Content for our beloved World in Flames!

A new update for World in Flames!

May. 29, 2014 - Matrix Games is pleased to announce that a new update for World in Flames is available to make…

World in Flames is Matrix Games’ computer version of Australian Design Group’s classic board game. Covering both the European and Pacific Theaters of Operations during World War II, World in Flames is global in scope while simulating each branch of service in detail. Take charge of a global war and conquer a World in Flames!

This title does not include an AI player in the initial release.  It is designed as a computerized, automated and online multiplayer-capable World in Flames, including an integrated multiplayer forum and an official multiplayer server for easy player matching and networking

If you want to change the world then World in Flames is for you.

Game units represent armies and corps, aircraft carriers, naval task forces, and air groups that took part in World War II. Everything you need to re-fight the greatest conflict in history is provided in World in Flames. The players make the strategic decisions that decide the fate of nations. What forces to produce, where to commit them, when and how? No two games of World in Flames play the same, no strategy is foolproof, any decision may have unforeseen, long-term consequences.

Land units are corps and army level, supplemented with specialized divisions. Naval units include individual counters for every carrier, battleship, cruiser, and light cruiser in the war. Using 1000+ unique bitmapped images, air units represent groups of 250 to 500 airplanes. With 6000+ unique units, 250+ countries, and a global map of 70,200 hexes, World in Flames is the premier World War II grand strategy game.

Nine of the eleven scenarios from Australian Design Group’s World in Flames Final Edition are included, and they range from the small 5 turn Barbarossa offensive in Russia and the 5 turn Guadalcanal battle in the Pacific, through to the 36 turn Global War campaign which spans all of Europe, Africa, the Middle East, Asia, the Atlantic, and the Pacific.  You can play either the Axis or the Allied side or take the role of one of the 8 major powers.

Besides hotseat and head-to-head, you can play over the Internet. The last mode of play is for two players, Axis versus Allies.

This simulation models national production from conveying raw resources to factories  using rail lines and overseas pipelines for producing infantry, armor, naval, and air combat units. Because oil was so important during World War II, there are separate optional rules for synthetic oil plants and deployment of oil reserves to the front lines.

This title does not include an AI player in the initial release.  It is designed as a computerized, automated and online multiplayer-capable World in Flames, including an integrated multiplayer forum and an official multiplayer server for easy player matching and networking

Detailed simulation of the interactions between land, sea, and air forces on a global scale