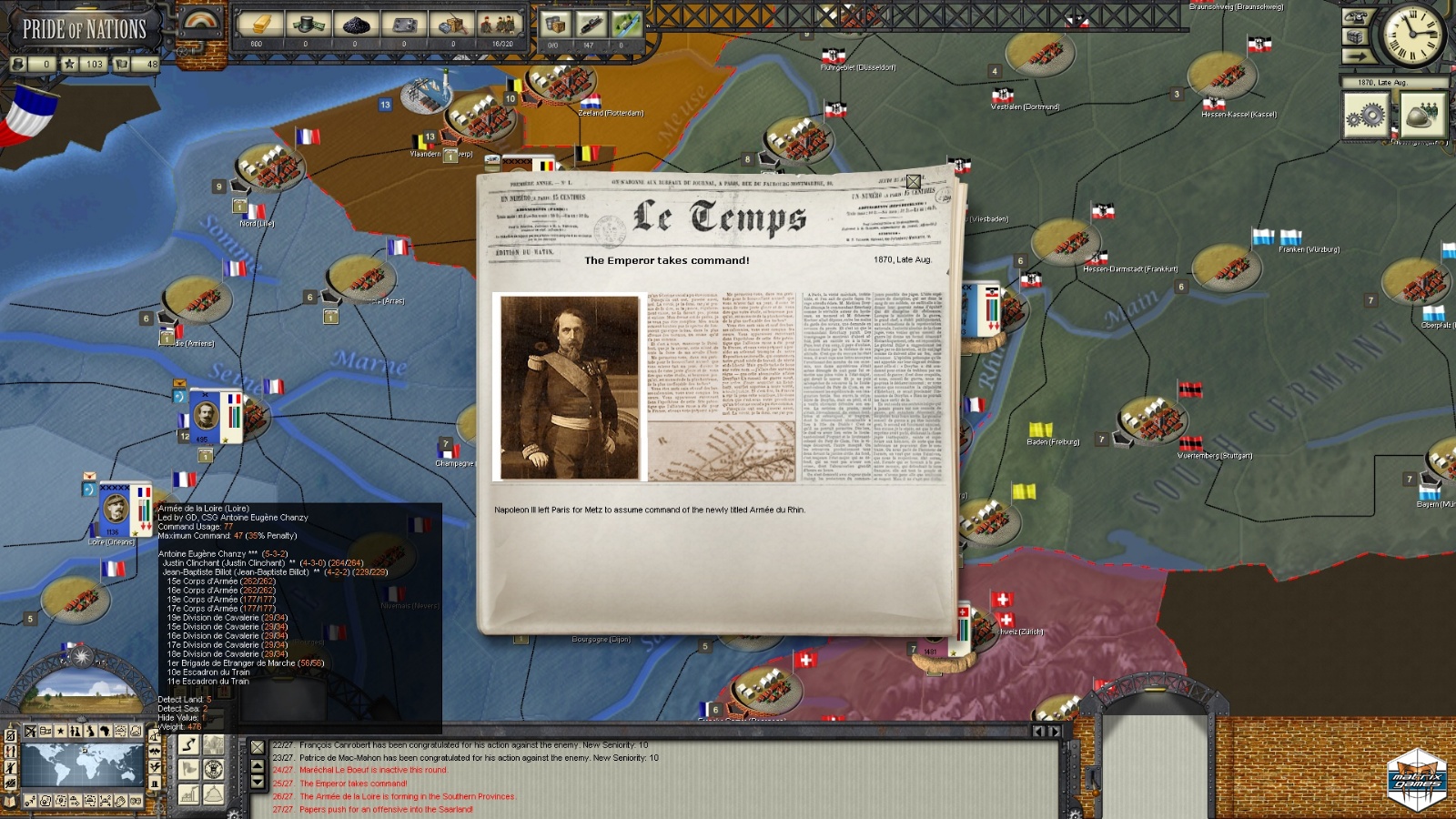 This scenario covers the longest and bloodiest war in Europe during the 19th century, which saw the end of Napoleon IIIs Imperial France and the advent of the Second Reich under the aegis of Otto von Bismarck. 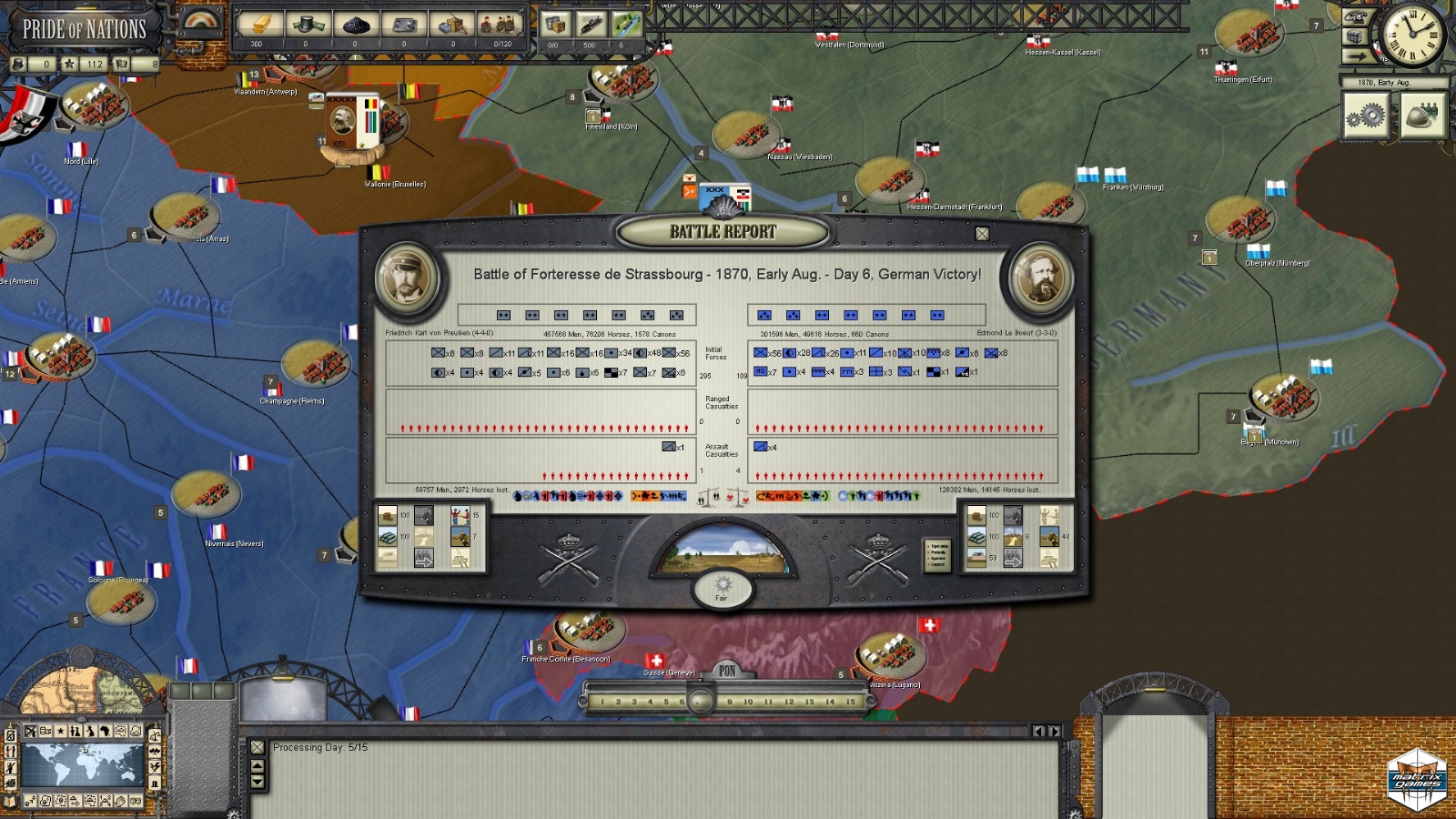 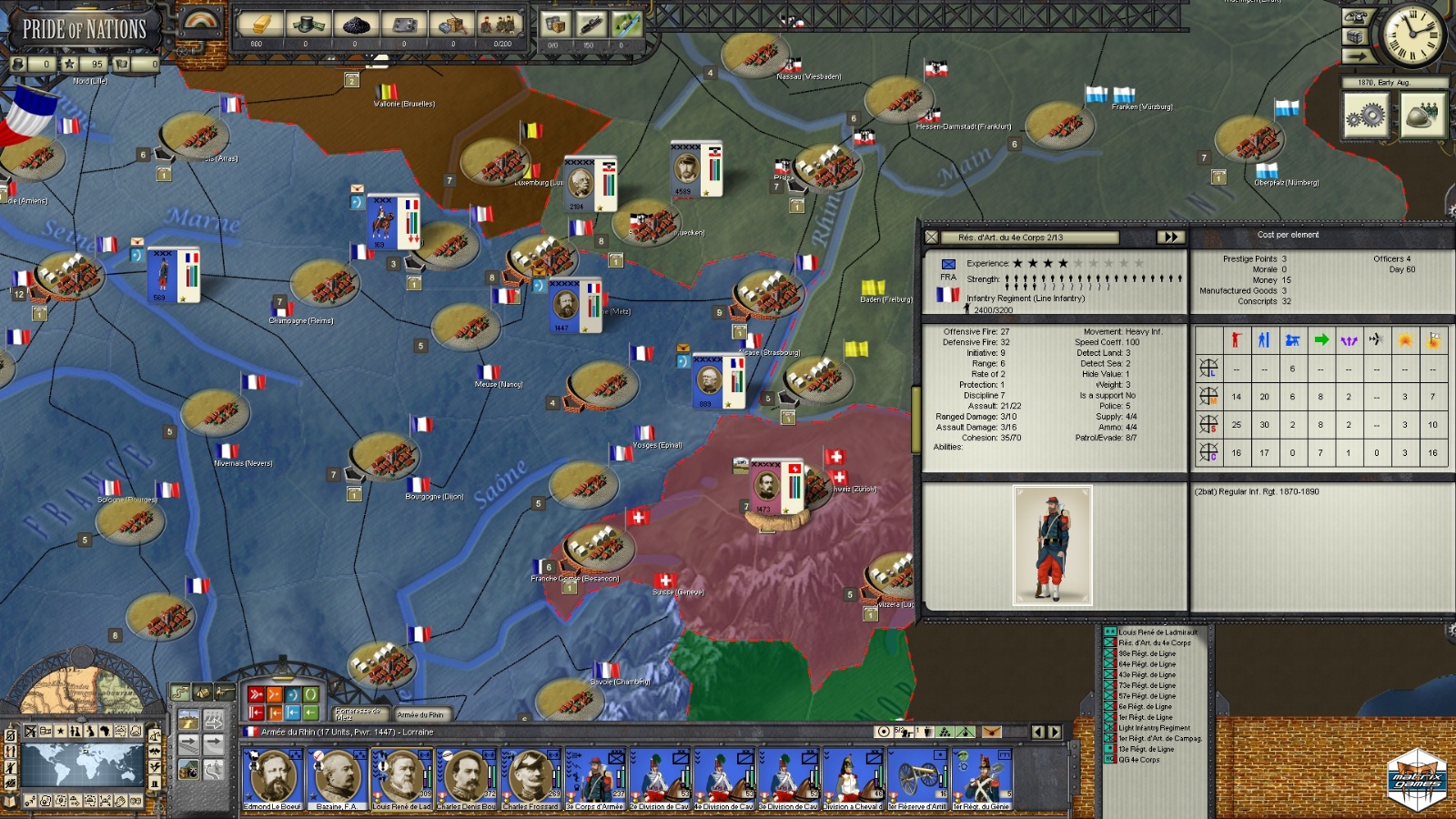 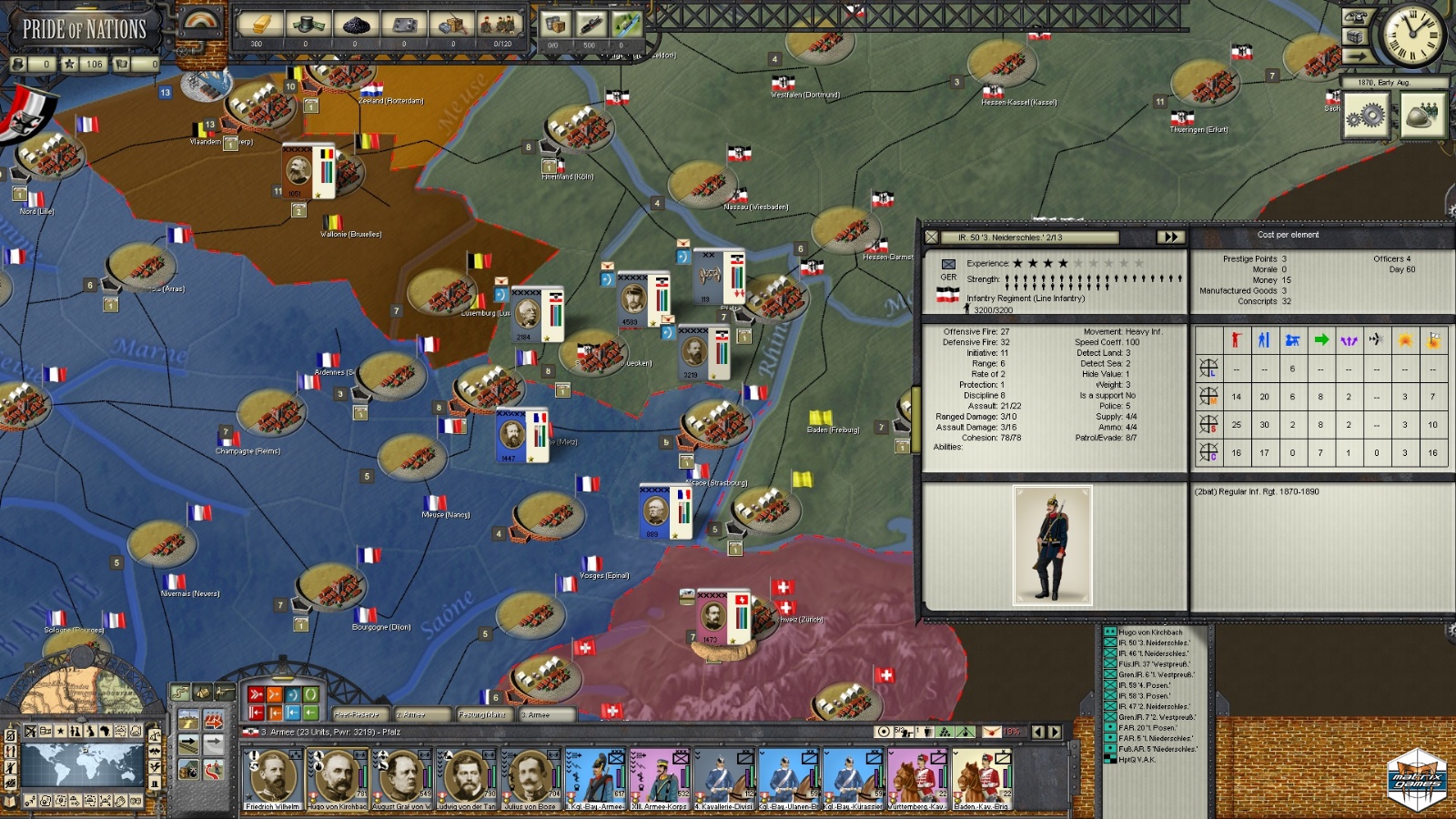 The Franco-Prussian War 1870-1871 is an expansion for Pride of Nations, a turn-based historical strategy game set in the colonial era of the 19th century, where the player takes control of a country and guides it through industrialization, military conquest, and colonization.

This scenario covers the longest and bloodiest war in Europe during the 19th century, which saw the end of Napoleon III’s Imperial France and the advent of the Second Reich under the aegis of Otto von Bismarck. Prussia and her allies must crush the armies of France, invade the country and capture Paris before the end of 1871, using numbers and excellent leadership. France has quality of troops but abysmal command, and can later rely on Republican spirit to may be turn the tide…nothing is decided from start, it’s all yours to re-live!

Eight different countries, each with their own personality and agenda: USA, Great Britain, Germany, France, Japan, Russia, Austria-Hungary, and Italy

A revolutionary system for building armies and fleets

A strong AI, multiplayer with a new simultaneous turn-based engine