Hannibal: Rome and Carthage in the Second Punic War 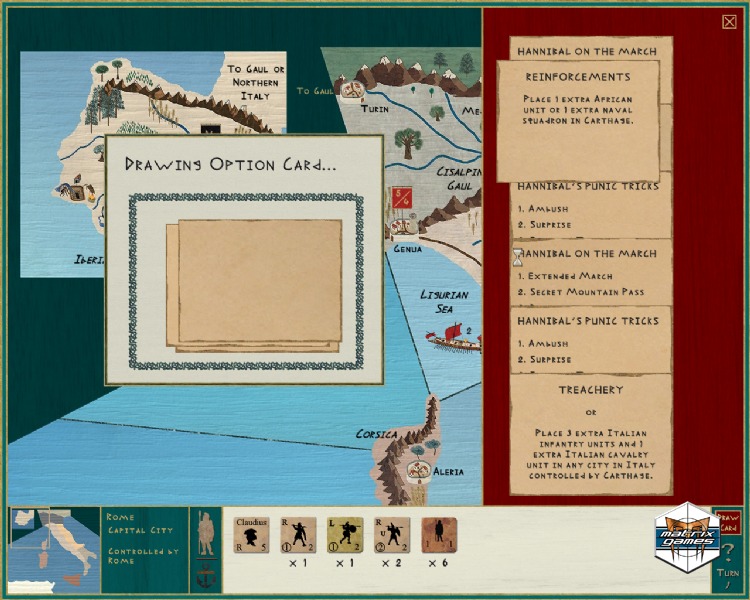 Command the Carthaginian military during a period of total war over land and sea with the young Roman Republic. With this military juggernaut of the ancient world at your disposal, you will vie for control over Italy, Carthage, Spain and the Mediterranean Sea using a combination of strategic political maneuvering and sheer tactical skill both on land and sea. 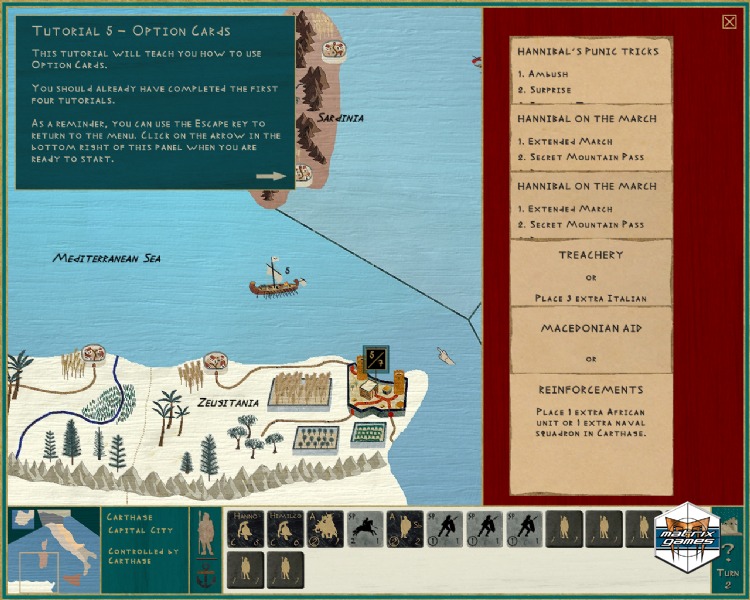 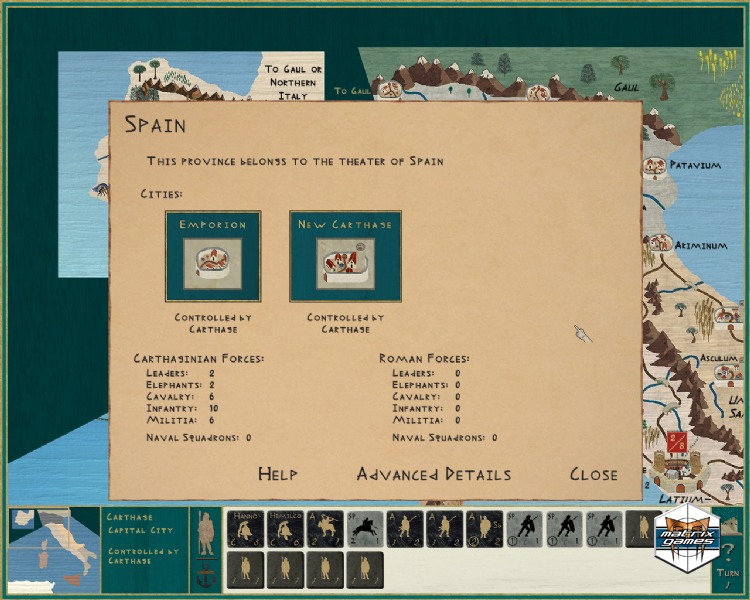 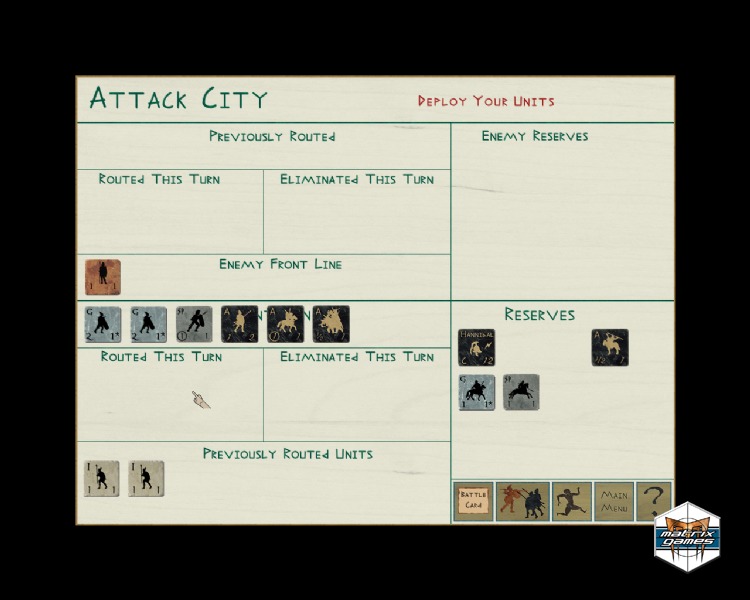 Deal of the Week: Hannibal Rome and Carthage

Hannibal: Rome and Carthage Is Updated

Mar. 31, 2011 - A much improved demo includes additional help for players looking to crush Rome under the boots…

A New Update Now Available for Hannibal: Rome and Carthage

Mar. 10, 2011 - Rule tweaks, balance changes, and a sharper AI all headed to the ranks Matrix Games and…

Hannibal: Rome and Carthage in the Second Punic War is a new and innovative turn-based strategy game that puts you in command of the Carthaginian military during a period of total war over land and sea with the young Roman Republic. With this military juggernaut of the ancient world at your disposal, you will vie for control over Italy, Carthage, Spain and the Mediterranean Sea using a combination of strategic political maneuvering and sheer tactical skill both on land and sea.

From Cannae to Zama – Bring the mighty Roman Empire to its knees!

Build your army from an array of different units and historical leaders each with their own attributes to storm across the Italian peninsula. When meeting the enemy in combat, engage in a simple but tactical siege/battle system. Each side has a deck of option cards that simulate a variety of military and political events such as reinforcements, political influence, revolts, desertion, and battle tactics for Hannibal and Scipio Africanus.

There are three levels of difficulty, with additional game play features added at each of the two higher levels. As the difficulty rises, the player must contend with an increasingly uncooperative Senate and generals that have motivations and agendas of their own. Victory is based on an intuitive points system where there are many shades of grey between outright victory and crushing defeat. Petition the Senate for the replacement of any Carthaginian general who has suffered a defeat. At the mercy of a powerful and unforgiving senate some generals are not just dismissed, but executed!

Wage war across the ancient Mediterranean on a unique and beautiful map divided into 6 theaters of operation, 13 provinces, and 8 sea zones. The system of option cards and the variety of elected Roman commanders makes almost every game different.

Several extensive tutorials and a robust in-game help system make picking up the sword and carrying on the campaign a breeze. Use diplomacy and politics to convince the Carthaginian Senate to cooperate with your plans and to sway the allies of Rome to switch sides and fight alongside Carthage.

Play consists of two layers. The first is a strategic layer where you must prudently steer your forces to the destruction of Rome’s army and the ultimate destruction of the Republic and city itself. At your disposal are a variety of unit types and historical commanders from which to form your armies.  On the tactical scale, when meeting the enemy in battle, skilled leadership and a knack for war come into play as you use a simple but engaging battle system to best your opponents. Commanders would do well to be shrewd in both war and politics as they must use diplomacy and cunning to appease and satisfy their own senate while cultivating key alliances in places like Gaul and Syracuse. To ensure that no two games are alike, a variety of historical option cards are available in every game. These cards simulate a variety of plausible events like reinforcements, political influence, revolts, desertion, specialized battle tactics, and more. The end result is engrossing and addictive turn-based gameplay and a challenging AI opponent that will keep you coming back for just one more challenge and to try just one more different strategy. Hannibal features truly unique historically themed artwork in nearly all aspects of the game. This is coupled with loads of high quality, Ancient period music to make for an immersive and wholly enjoyable experience!

Map divided into 6 theaters of operation, 13 provinces, and 8 sea zones.

Each side has a deck of option cards that simulate a variety of military and political events such as reinforcements, political influence, revolts, desertion, and battle tactics for Hannibal and Scipio Africanus

Three levels of difficulty, with additional game play features added at each of the two higher levels