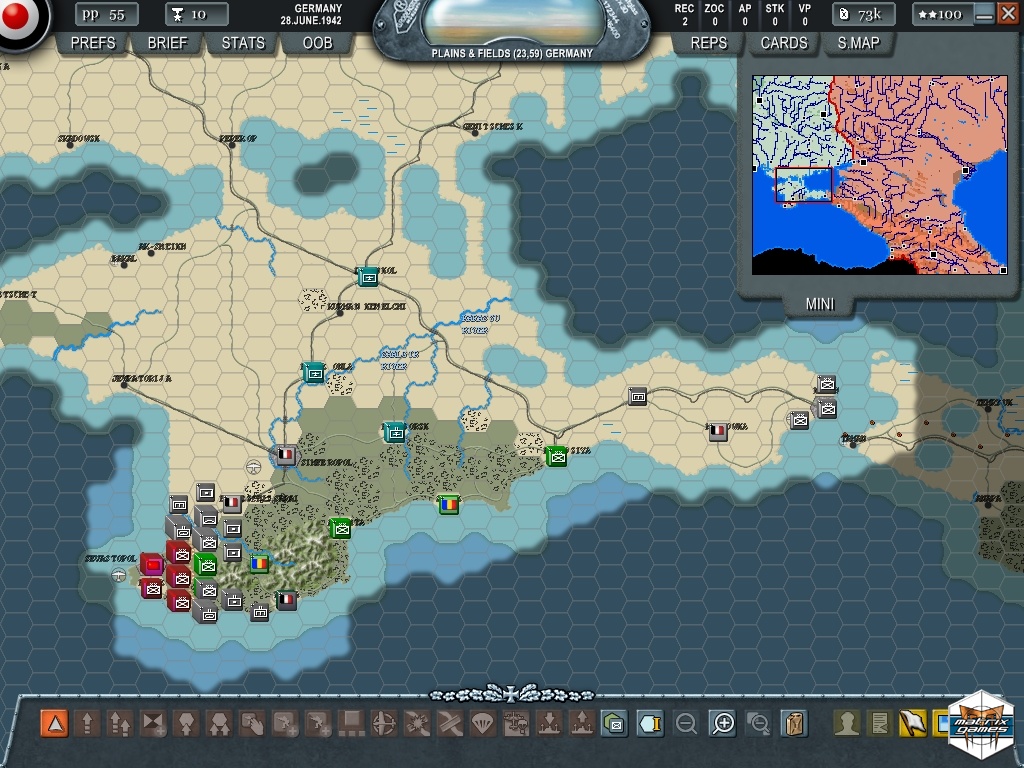 The team behind the award-winning Decisive Campaigns: From Warsaw To Paris is back with a new and improved game engine that focuses on the decisive year and theater of World War II! 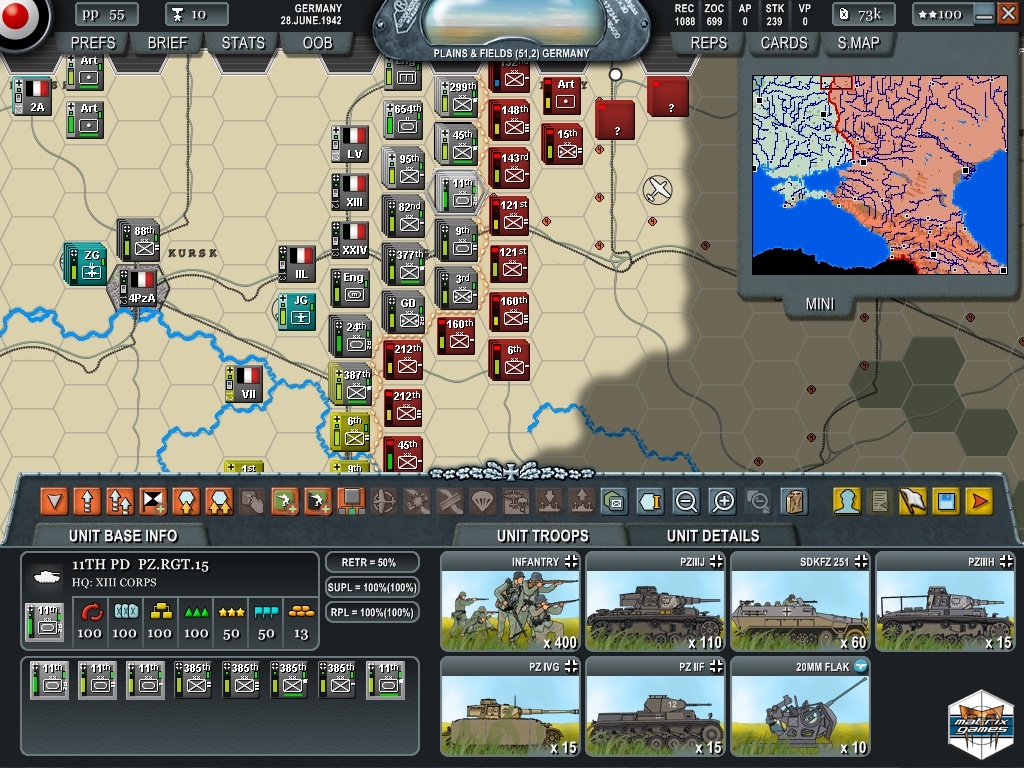 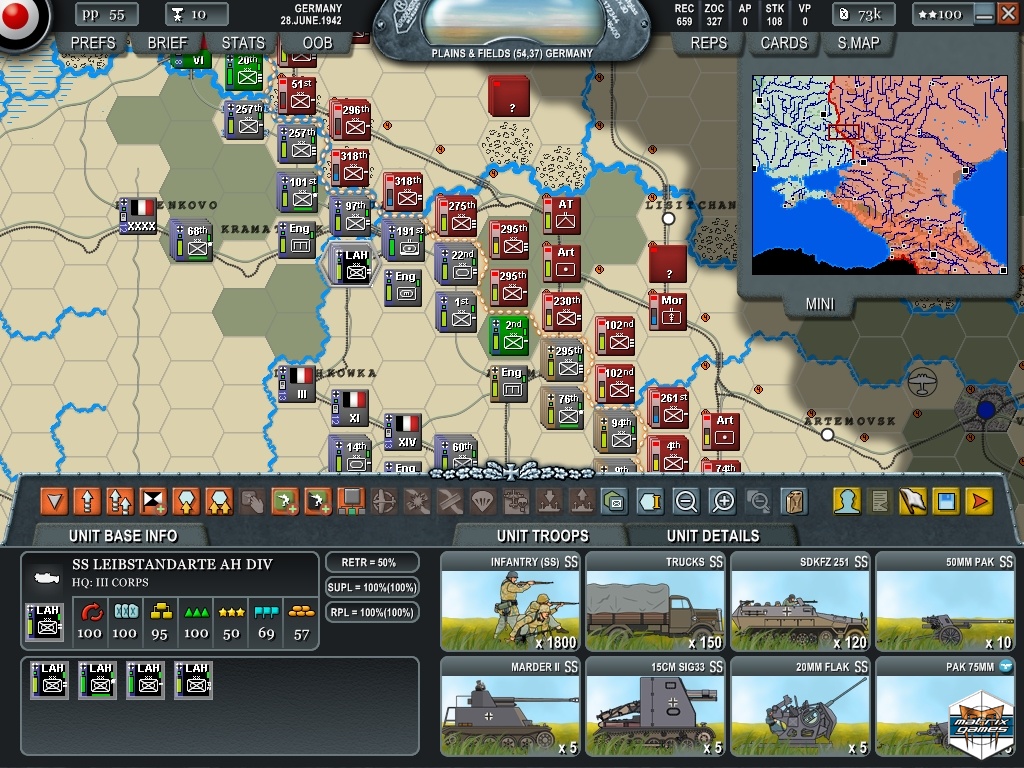 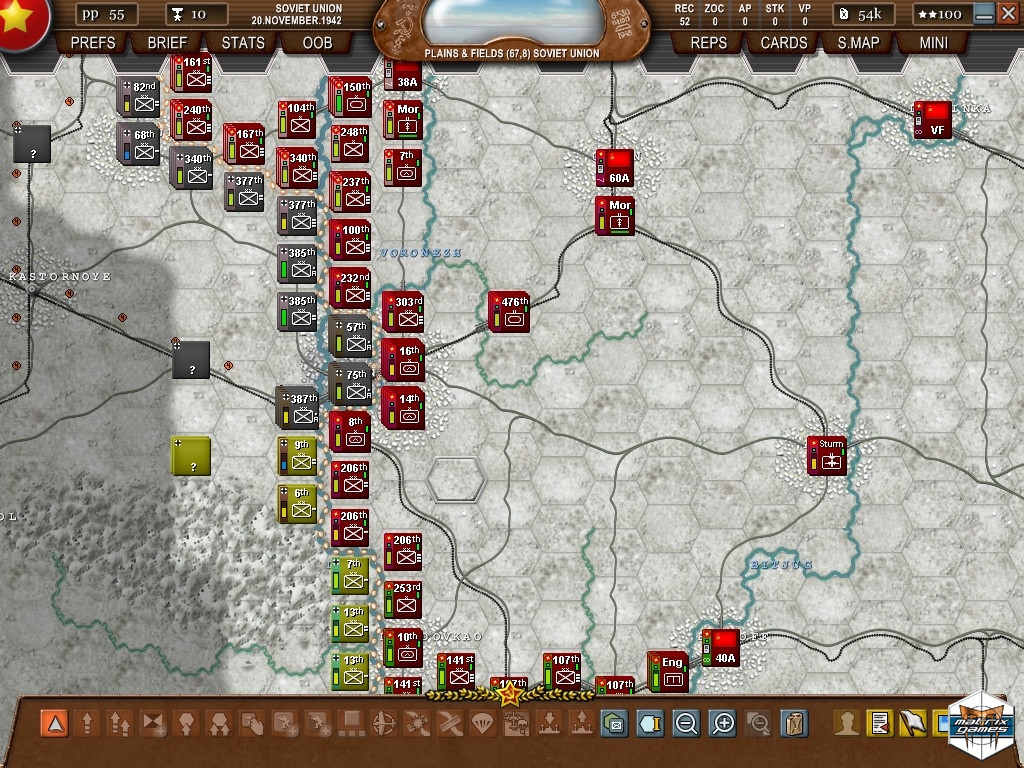 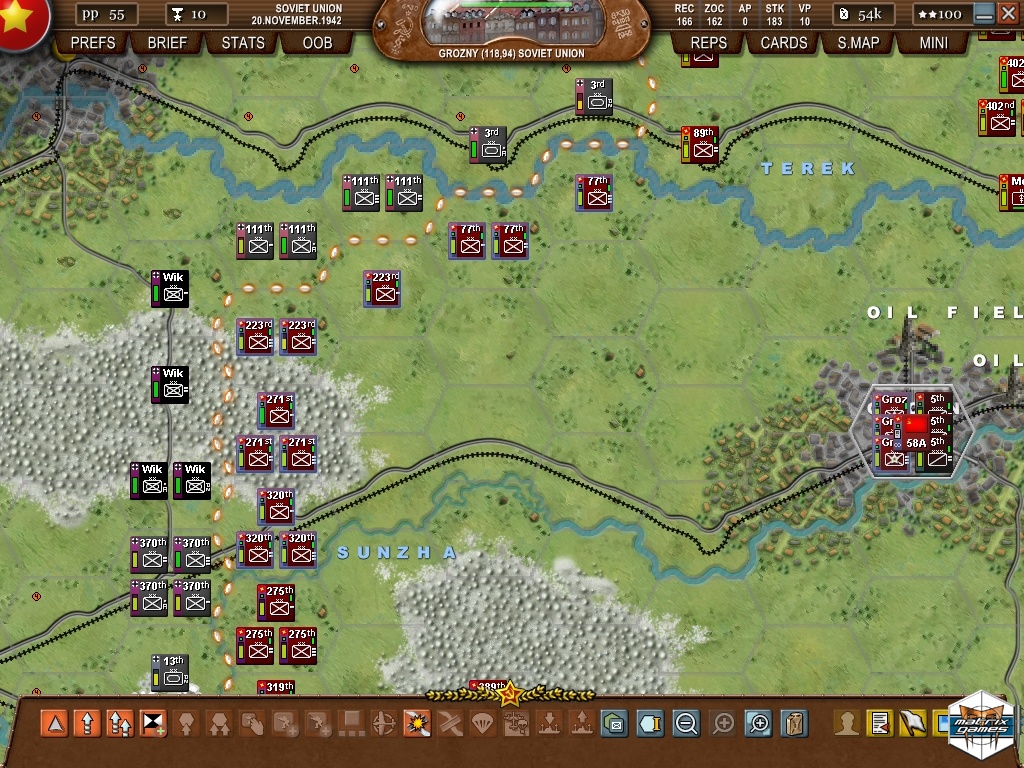 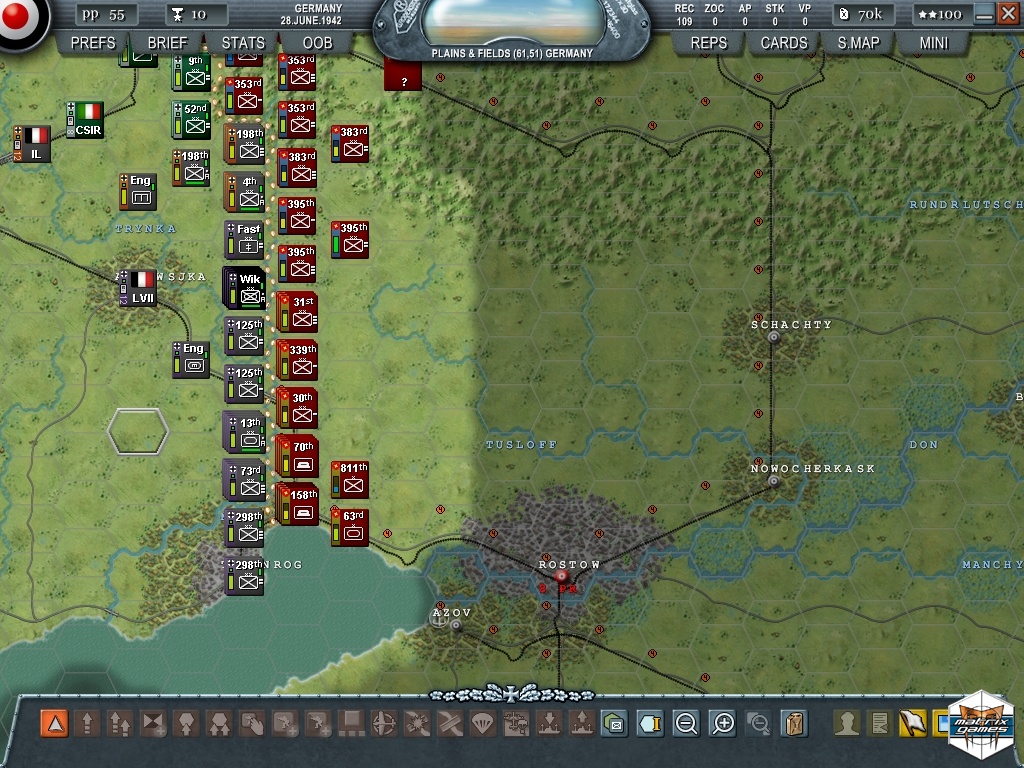 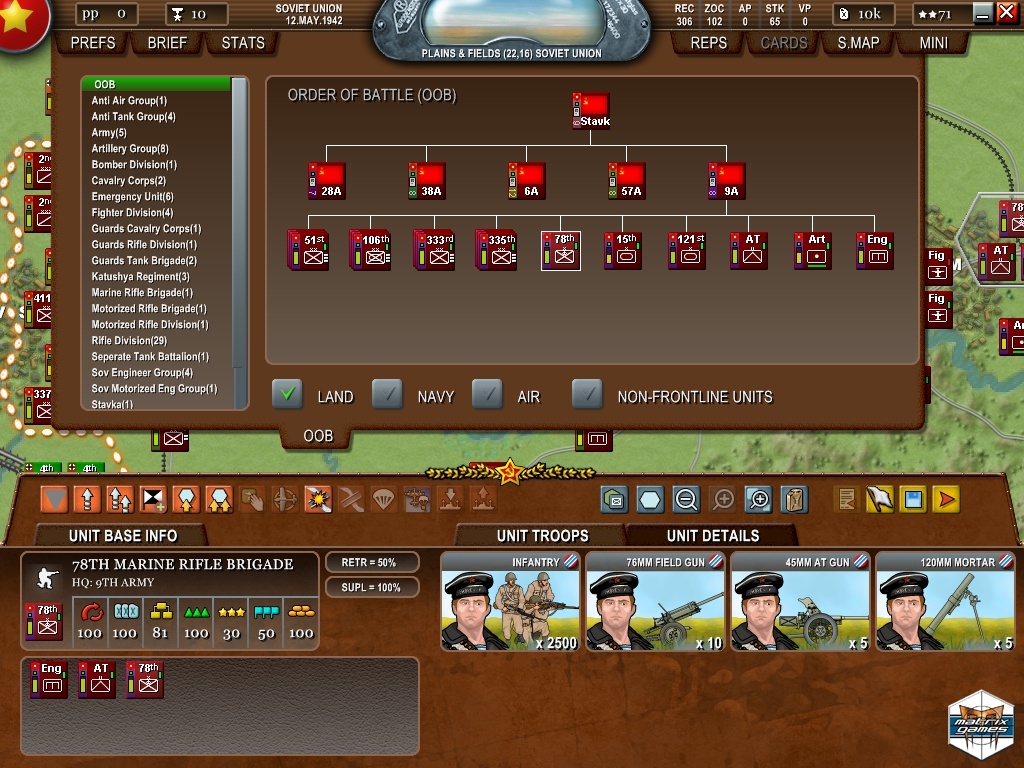 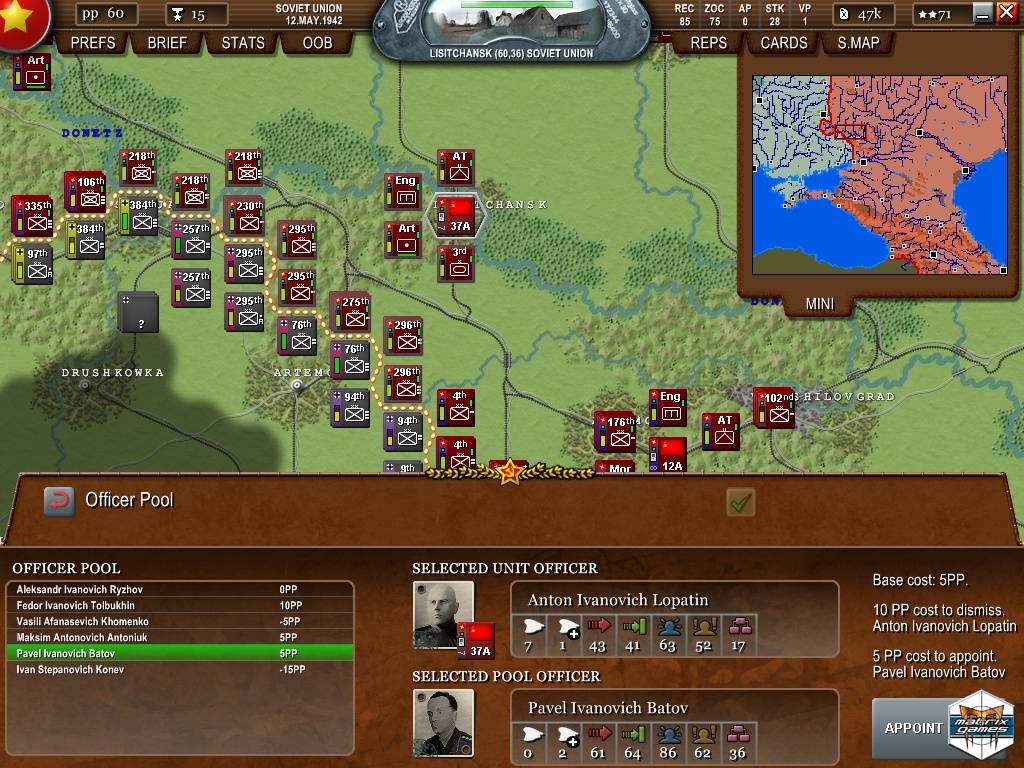 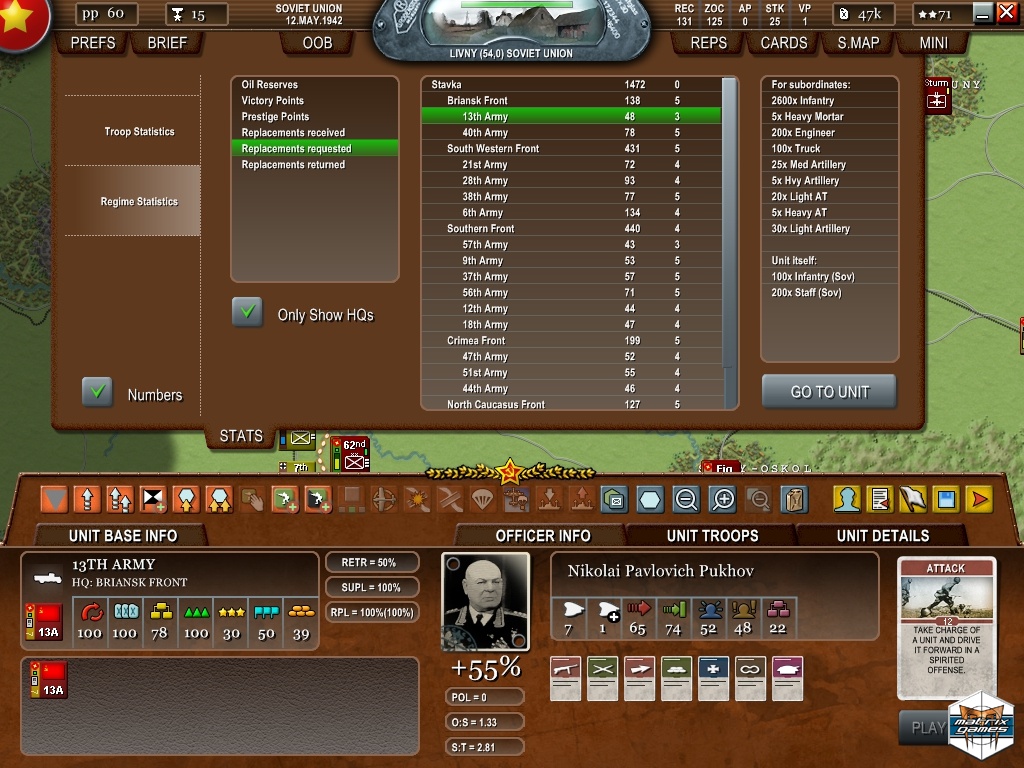 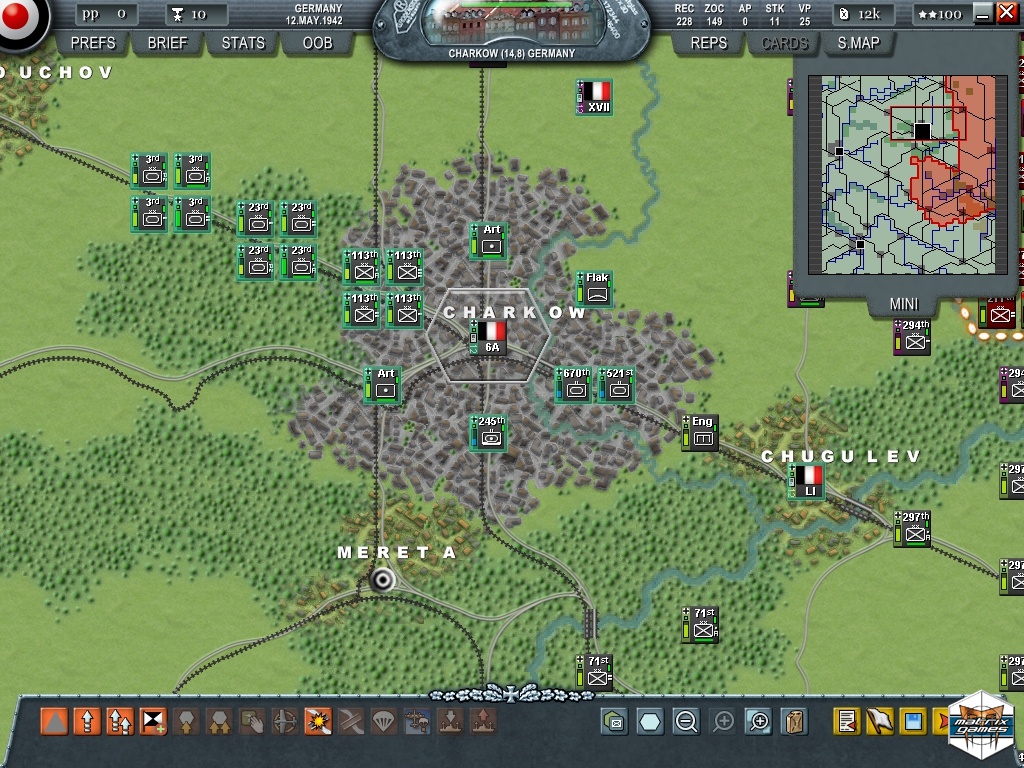 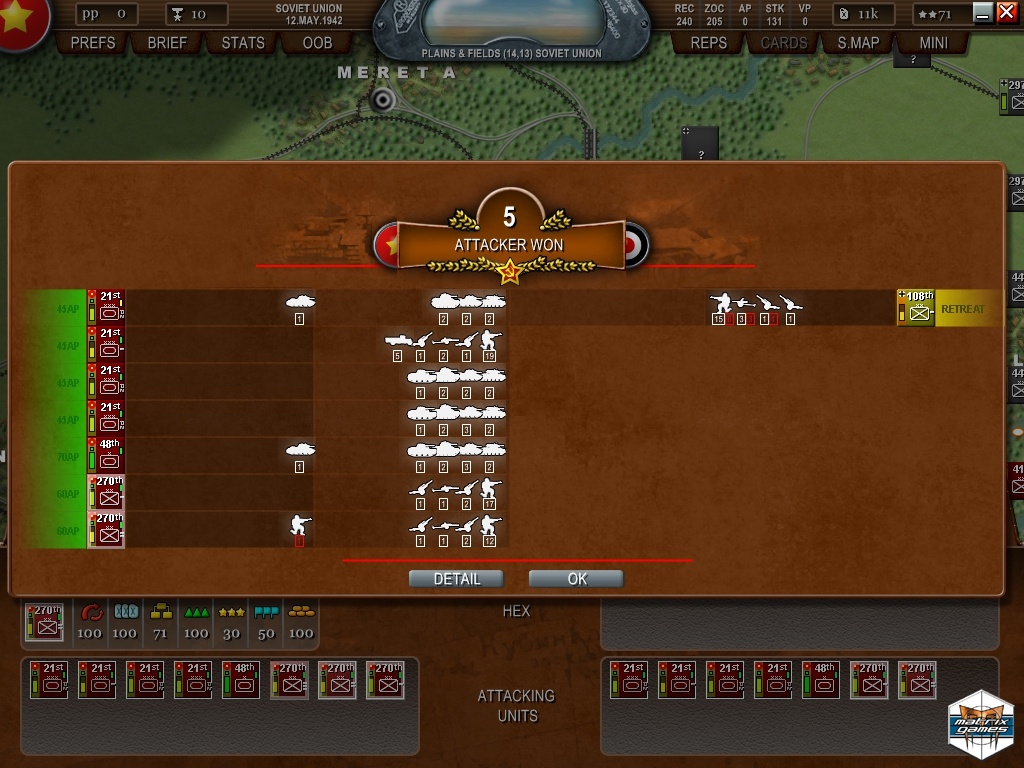 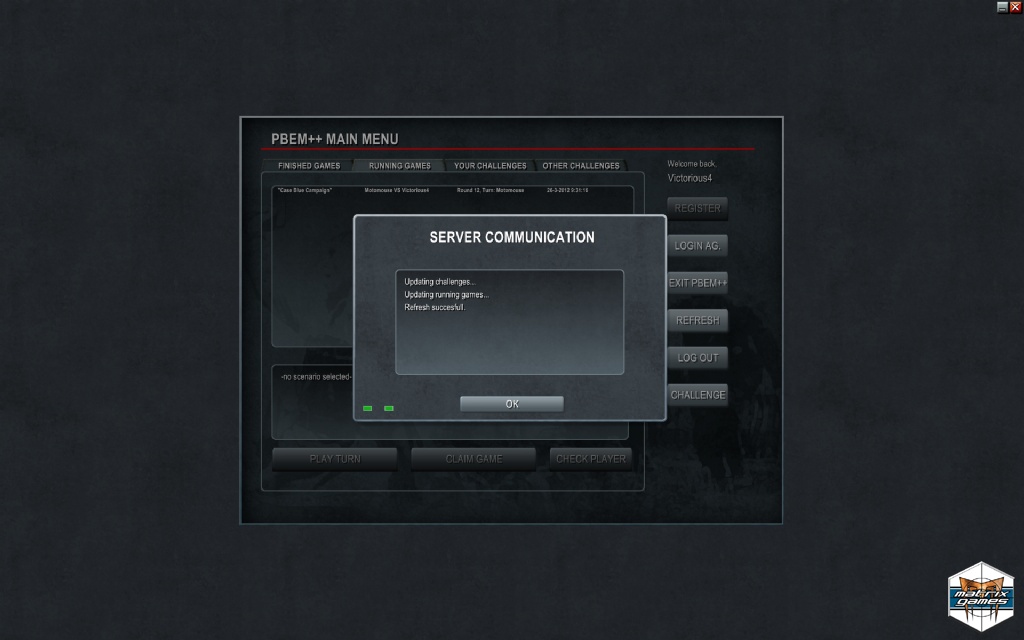 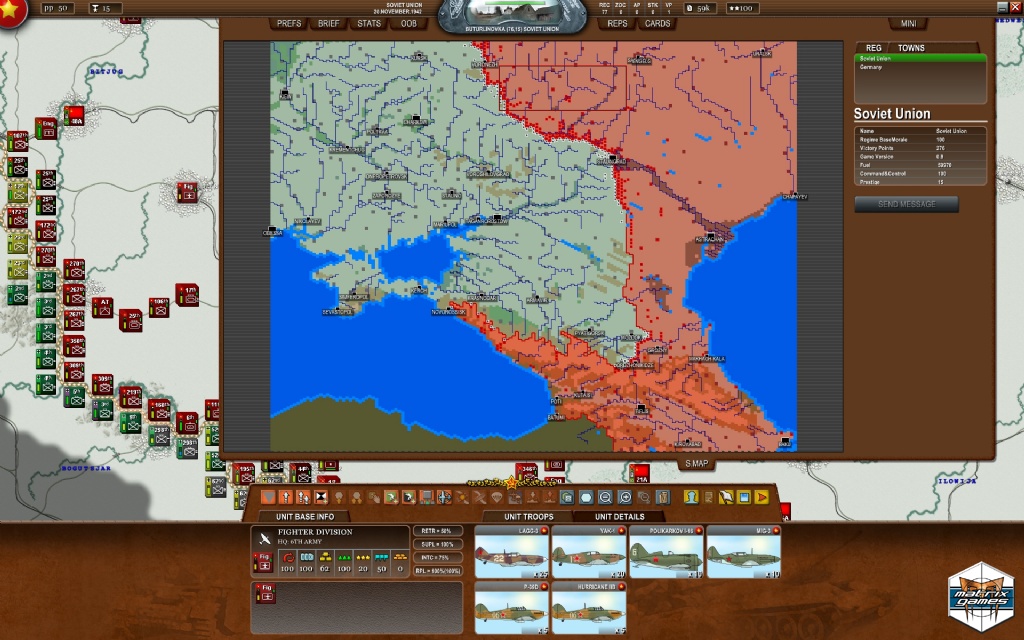 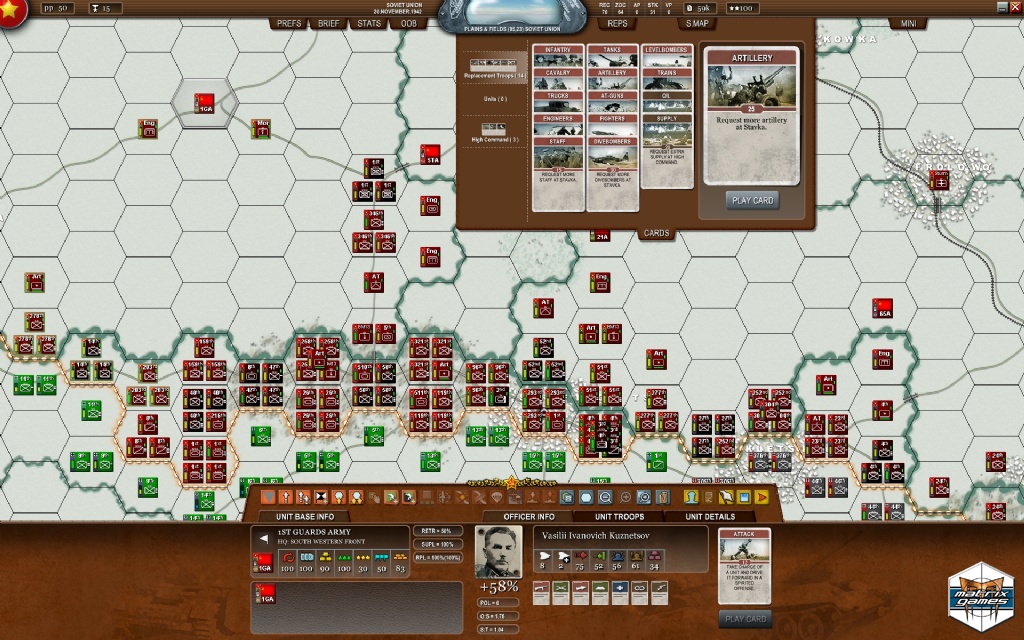 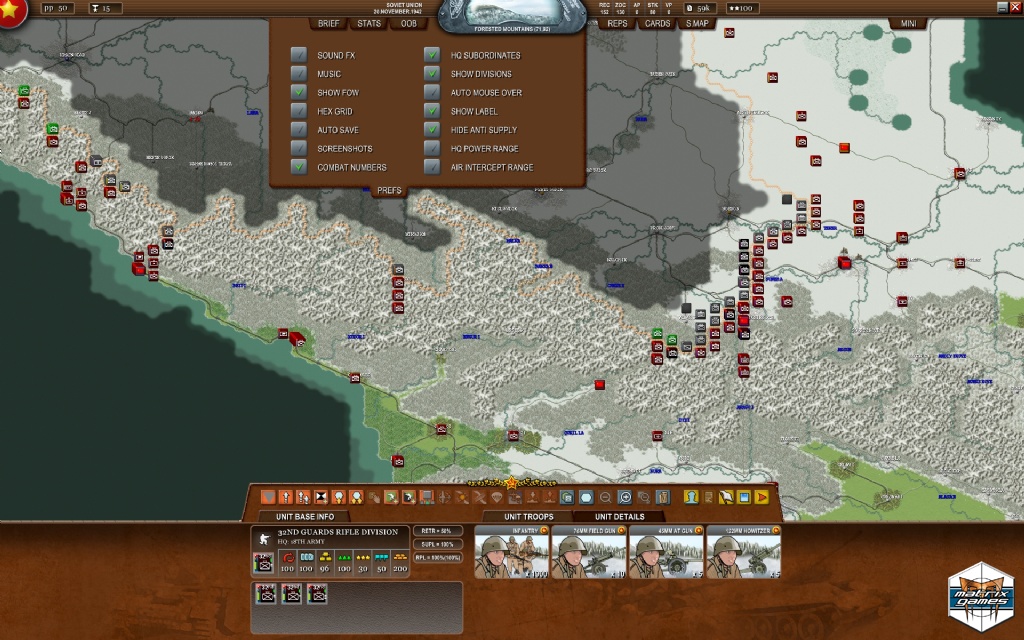 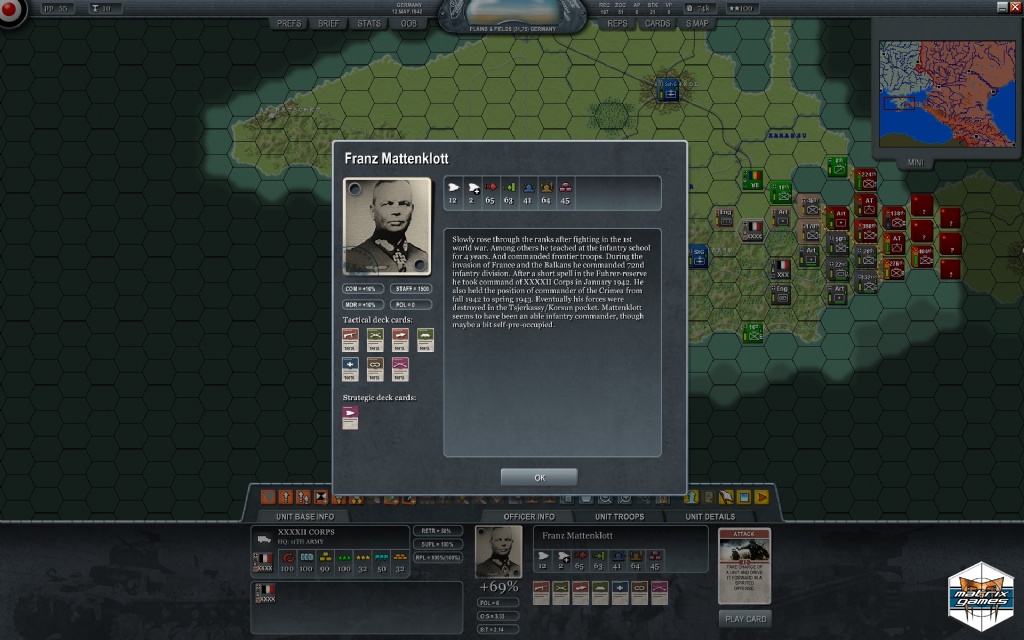 Decisive Campaigns Case Blue has been updated to Version 1.08f

Jan. 09, 2017 - Decisive Campaigns Case Blue has been updated and this new version brings a lot of…

Decisive Campaigns: Case Blue is out on Steam!

The development team behind the award-winning game Decisive Campaigns: From Warsaw To Paris is back with a new and improved game engine that focuses on the decisive theater and year of World War II, the Eastern Front in 1942.

It is the summer of 1942 on the Eastern Front, and Case Blue is about to begin. The German Wehrmacht must continue their drive to Stalingrad and into the Caucasus in order to secure victory against the Soviet Army. As time passes and the battles rage on, winter arrives and with it the Soviet winter counter-offensive dashes hopes of a speedy victory for the Wehrmacht.

Decisive Campaigns: Case Blue features an easy-to-learn interface and a challenging AI for all levels of players. Among the many new features for the Decisive Campaigns series is the optional high command order system, which puts you in the position of the historical commander, with often difficult and unrealistic goals assigned by your superiors. Succeed and you may be able to guide the future strategy of the campaign – fail and you may find yourself removed from command or facing a firing squad!

The new full campaign scenarios cover a remarkable sweep of history, including the full Case Blue campaign with all of its many historical options.  The order of battle may change based on your performance and the entire direction of the campaign is even within your reach if you do well enough. Whether you start in the summer of 1942 or take control as Operation Uranus begins, there are virtually endless “what ifs” in each of these remarkably detailed campaigns.

With three large campaign scenarios, additional smaller scenarios, and a 1st Panzer Army linked scenario campaign, along with a full scenario editor, Decisive Campaigns: Case Blue is sure to delight operational wargamers and fans of the Eastern Front.  Don’t forget to take the battles online through the exceptional PBEM++ system, which makes finding opponents a breeze!

High Command rules, including no step back and dismissal options

Historical and dynamic Order of Battle, including player requests for replacements and reinforcement units

Expanded weather with mud and winter seasons and frozen rivers

Many different troop, equipment, and vehicle types for each side with realistic detailed statistics and artwork 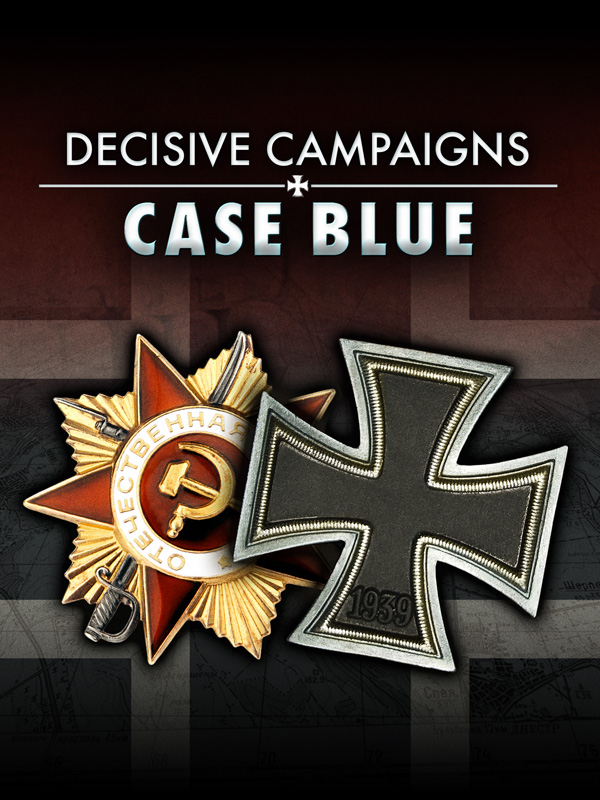 All the games of the Decisive Campaigns franchise in a convenient bundle
-10% $152.96