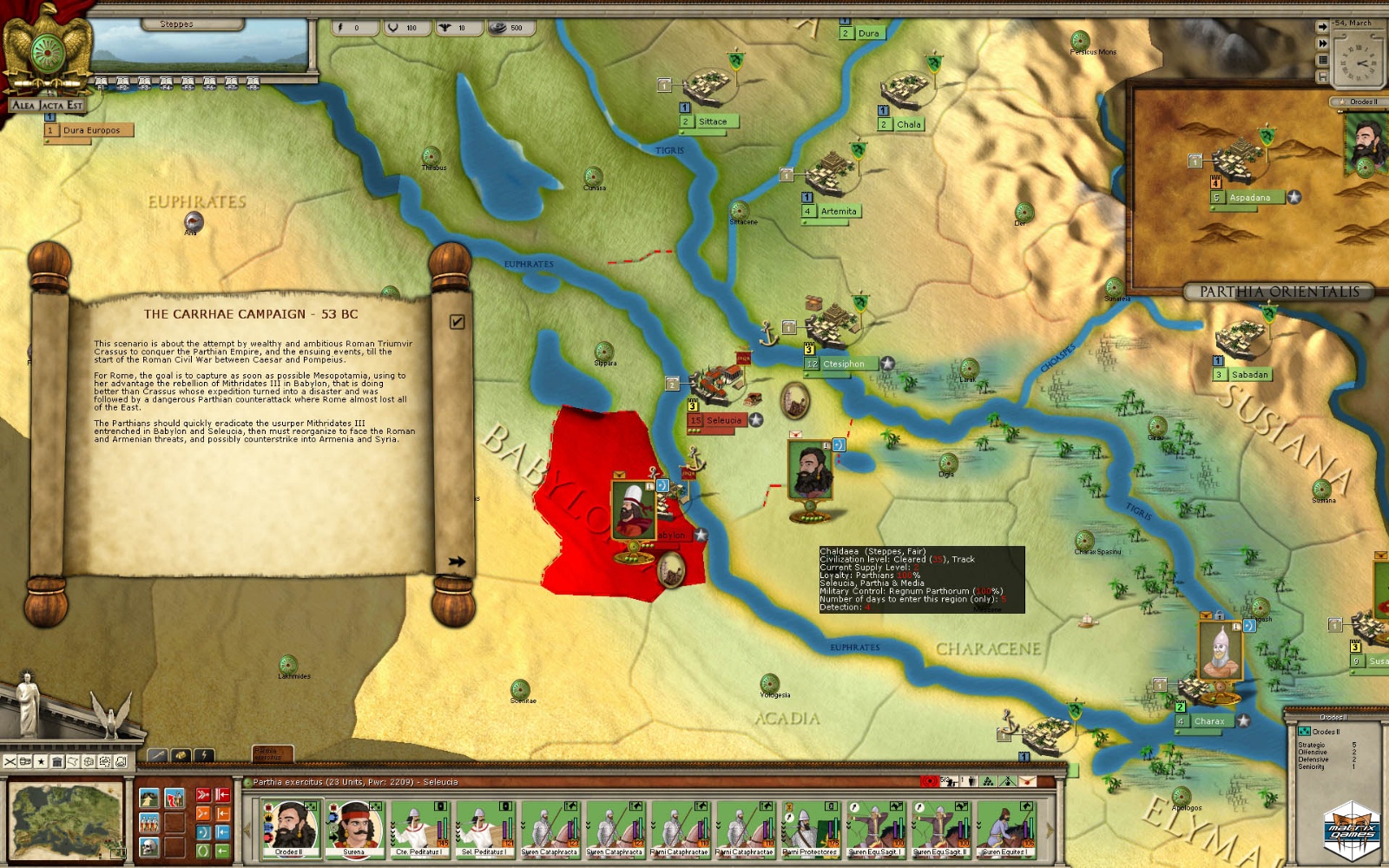 Parthian Wars is the first strategy game covering Romes most tenacious Eastern enemy. It is a turn based regional game with an emphasis on playability and historical accuracy. It is built on the renowned AGE game engine that makes it easy to learn yet hard to master. This is must have game for anyone interested in the period. 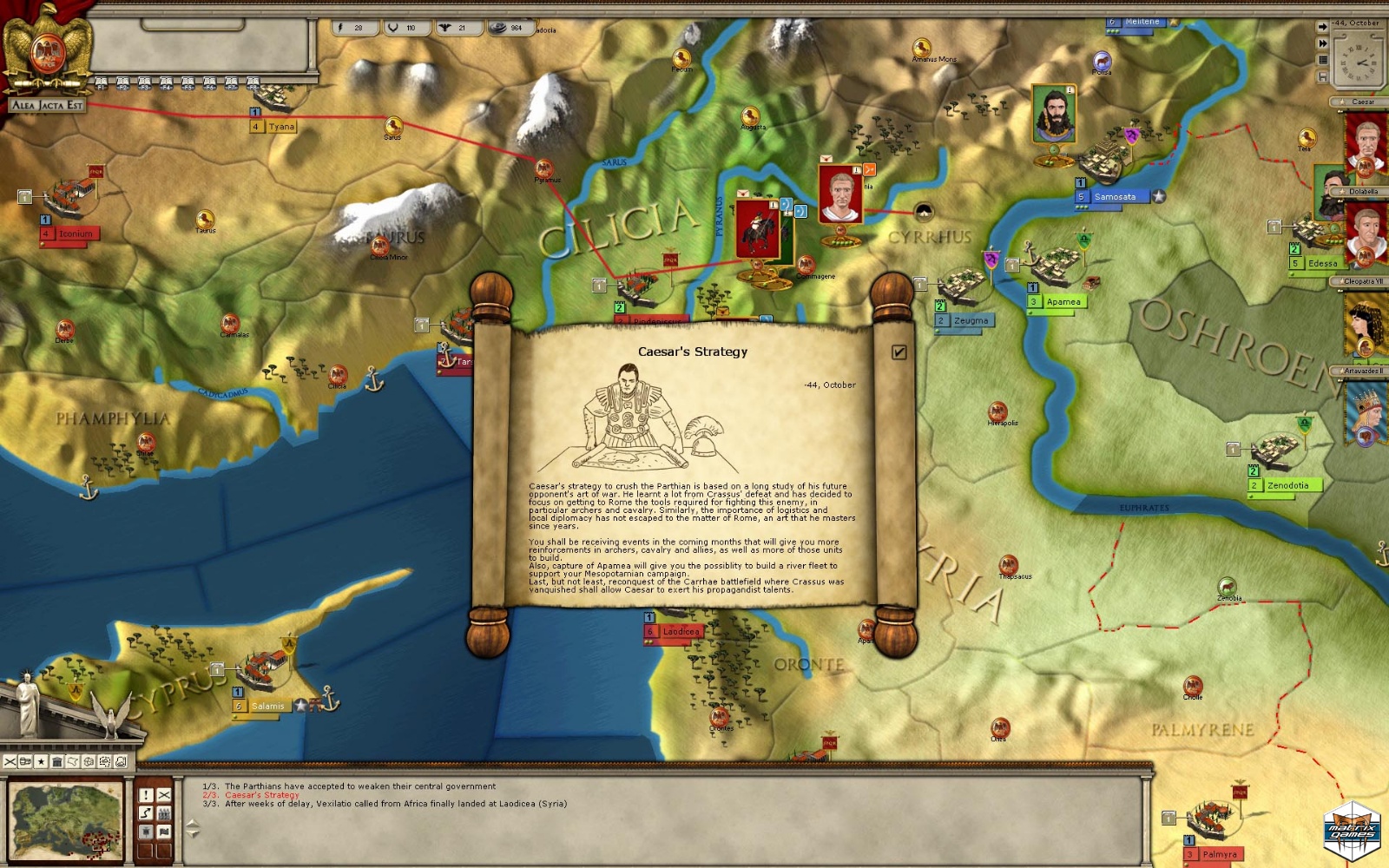 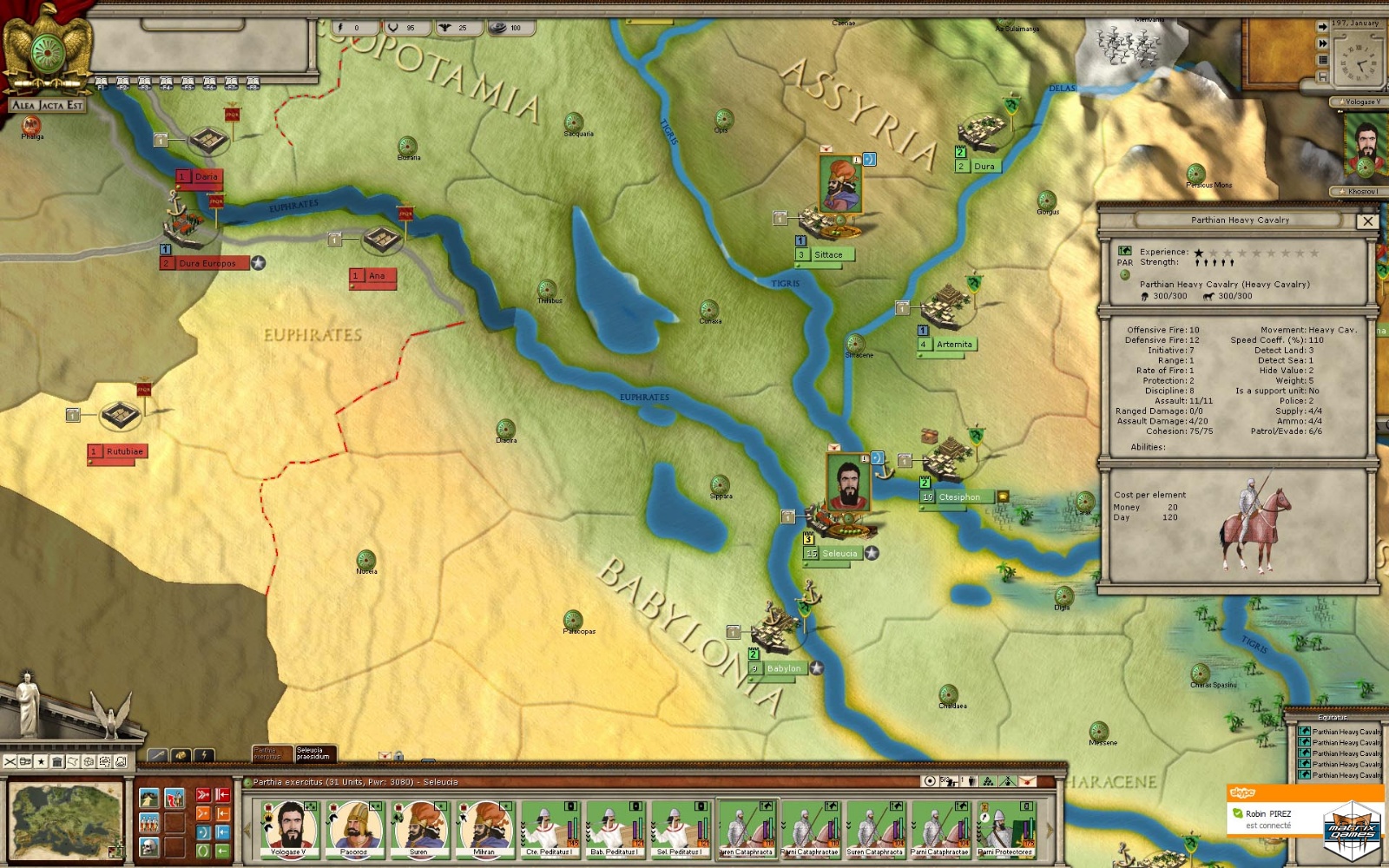 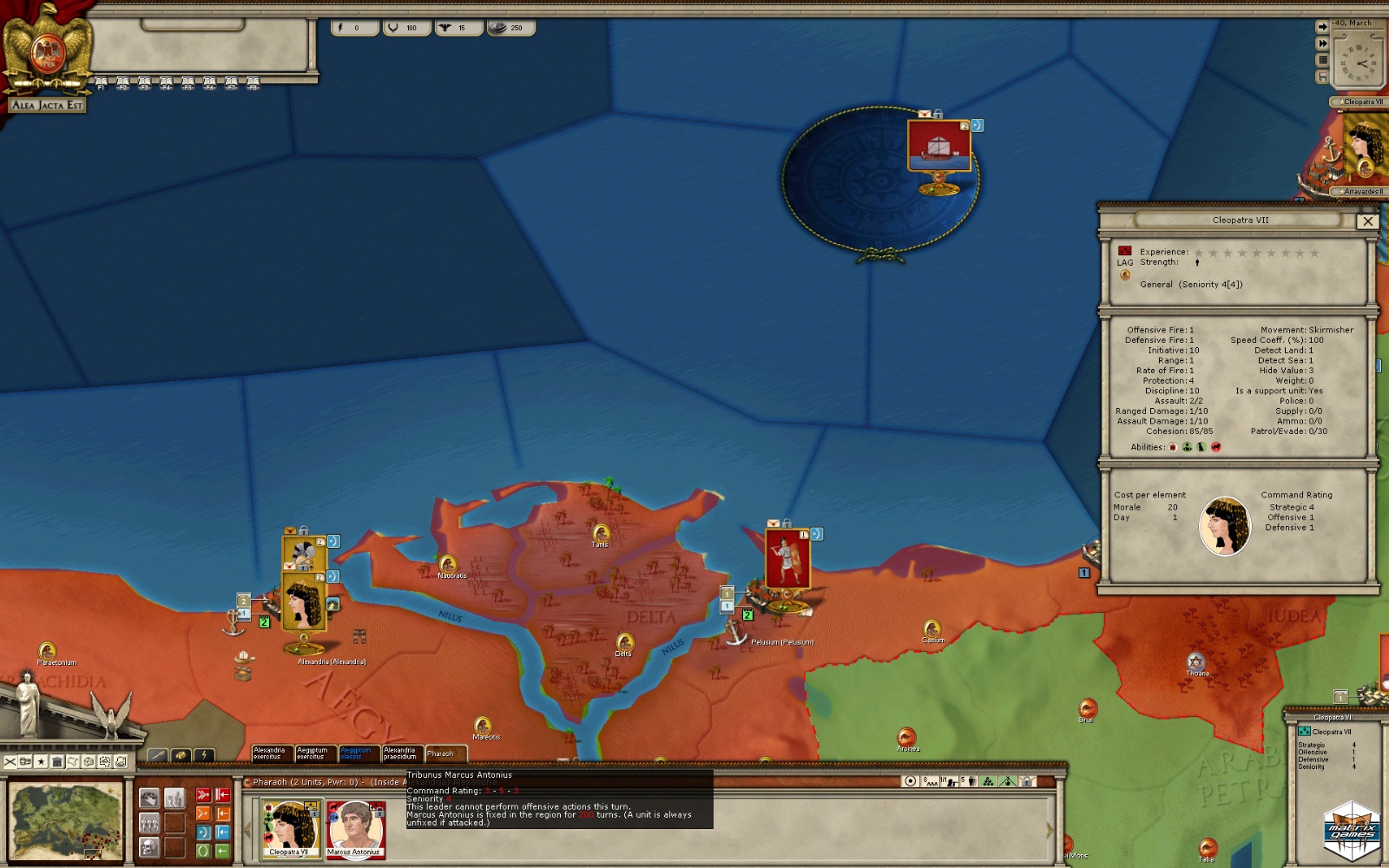 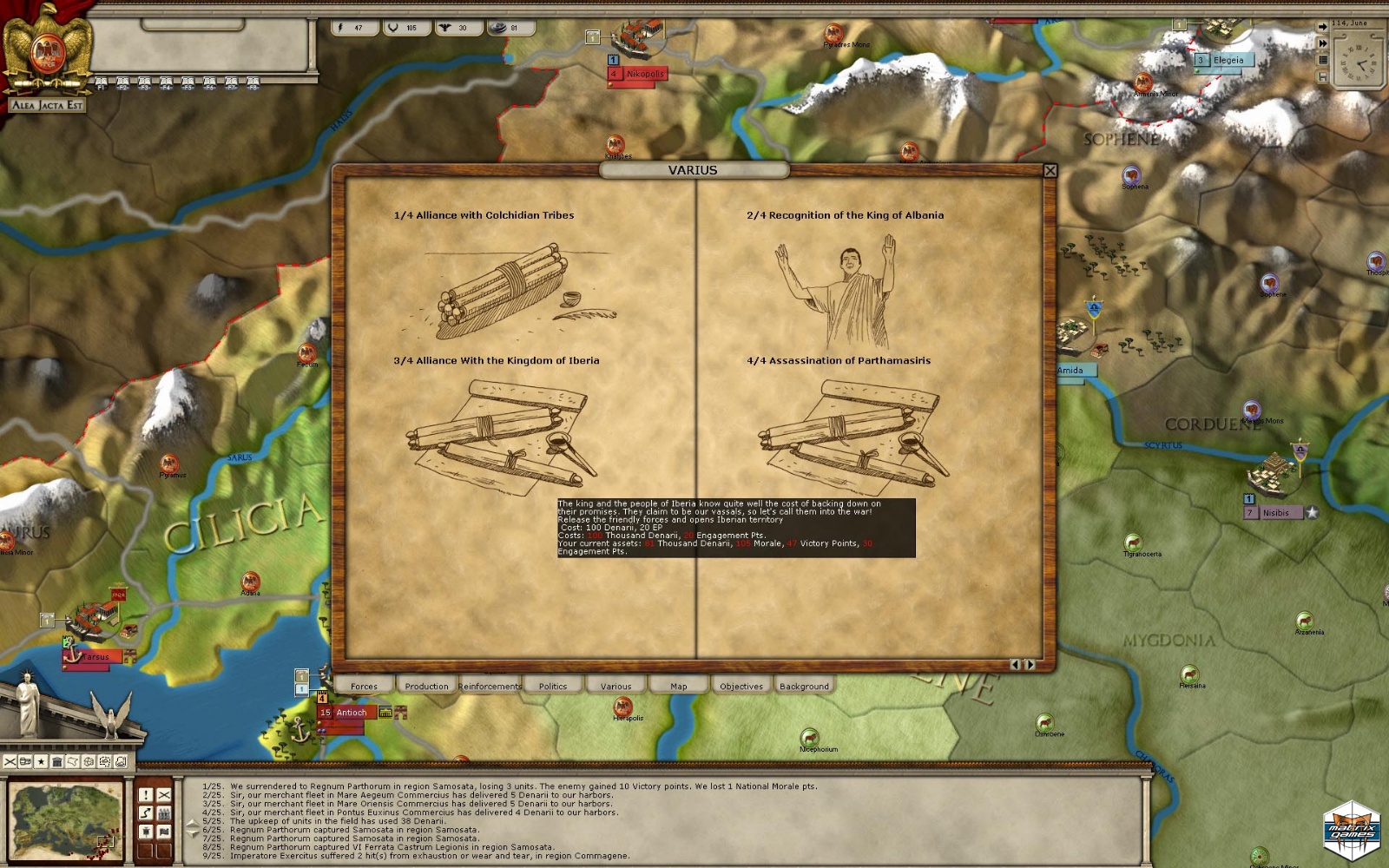 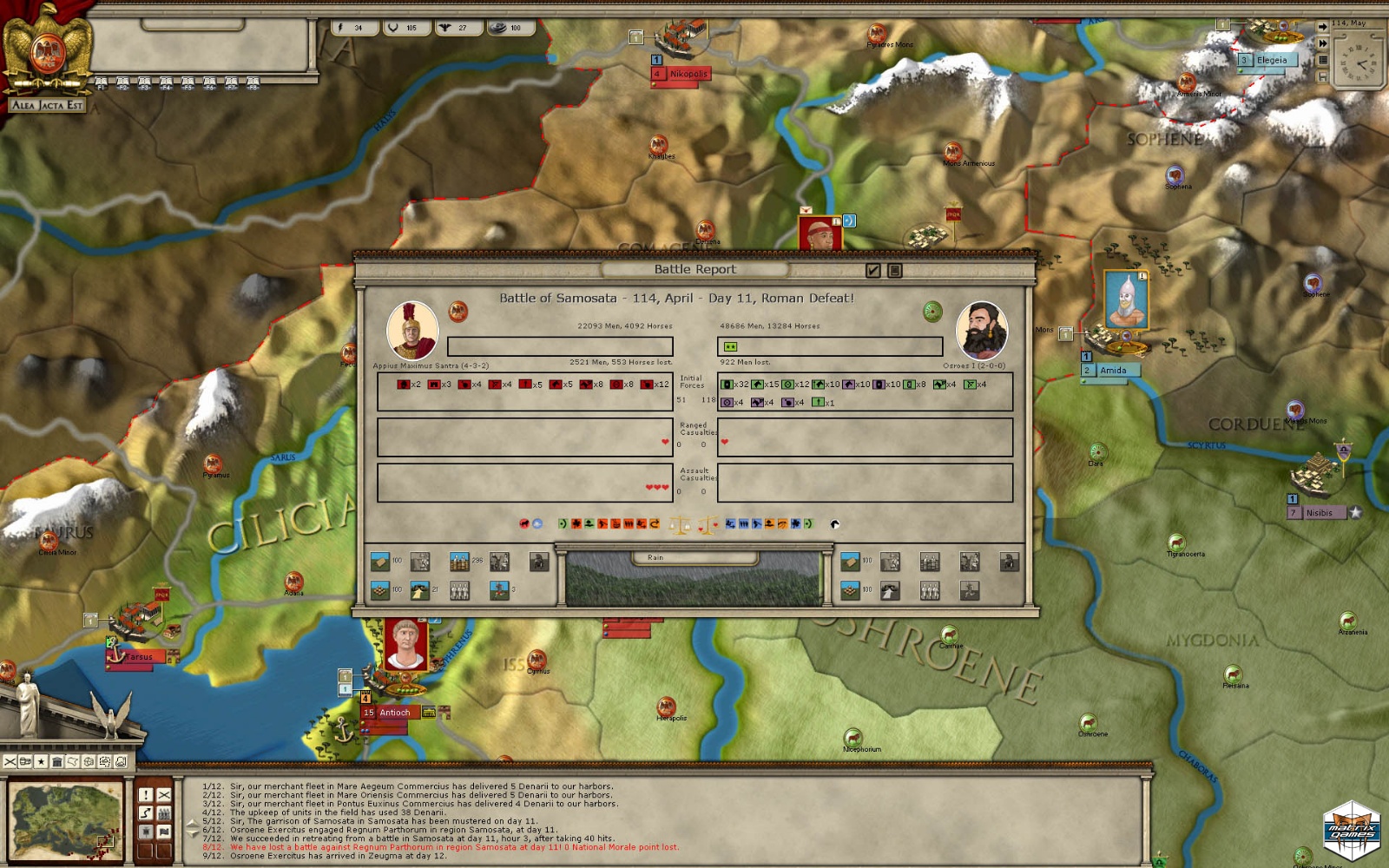 Parthian wars is an expansion for Alea Jacta Est, the first historical strategy game on the PC to cover the main Roman civil wars. In this historical operational strategy DLC with simultaneous turns (WEGO system) you are in command of Rome or their Eastern nemesis, the Parthians (from 53BC to 197AD). The game area covers all of the ancient Middle East, from Byzantium to the wild mountains of Persia and the Caucasus in the north, and the Arabian deserts and Persian Gulf in the south.

In Alea Jacta Est - Parthian Wars you play the part of the military and political leadership, guiding your nation to victory, through some of the toughest conflicts of the Ancient world, represented by 5 challenging scenarios. Historical Events and Options are triggered throughout the game giving the player crucial decision points such as local uprising or diplomatic matters. Original Aleas such as heat waves, mosquitoes or pestilence appear. Technology over time the technologies available will be upgraded using the event system.

4 historical scenarios and 1 hypothetical scenario: - The Carrhae Campaign 53BC - Marcus Antonius 40 BC - Traianus Imperator 114 AD - Severus Strikes Back 197 AD - What if Caesars Revenge 44 BC.

Regional decisions allow the game to model special case events that cannot be covered well by general system, for example events such as Slave Revolts, Siege works, Traitors opening gates and Nomadic raids. Used wisely the cards can change the flow of a campaign.

The engine models a host of factors in great detail including Weather, Attrition, Sieges, Supply and Fog of War to give a realistic picture of the ancient world.

Control the production and recruitment of your nation