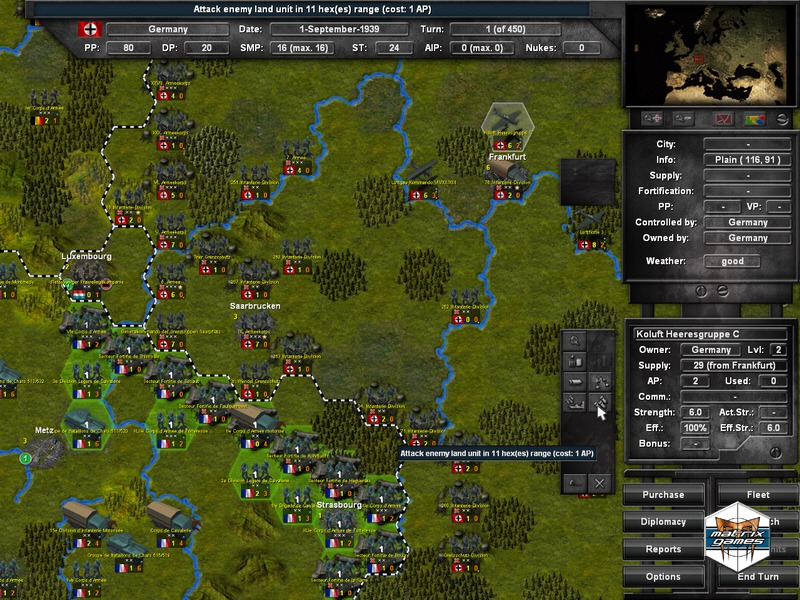 This turn-based grand strategy title, the highly improved and expanded sequel to WW2: Road to Victory, puts the player in charge of the political, economic and military decisions of one or more Axis or Allied nations, including minor nations. 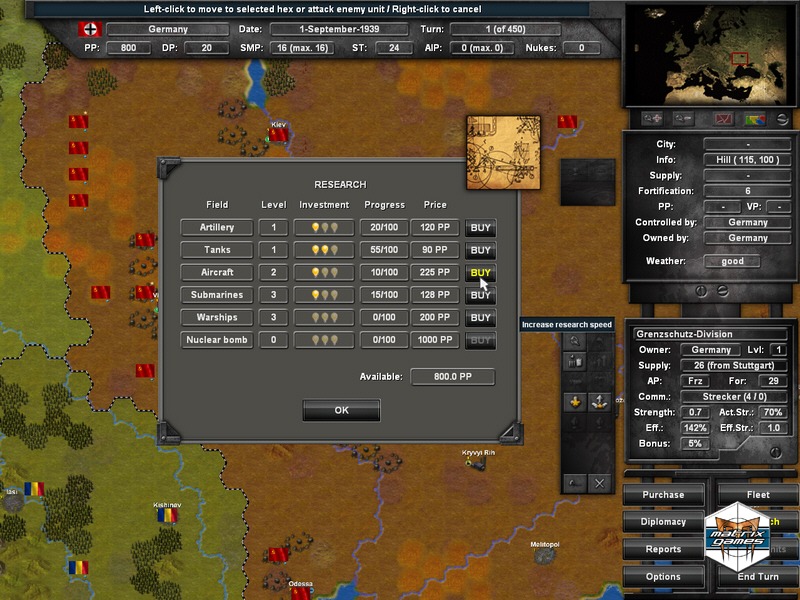 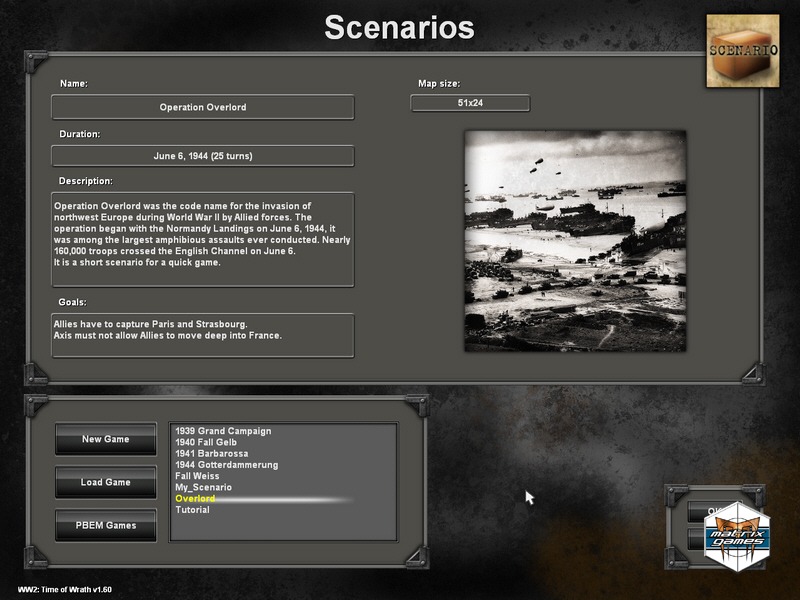 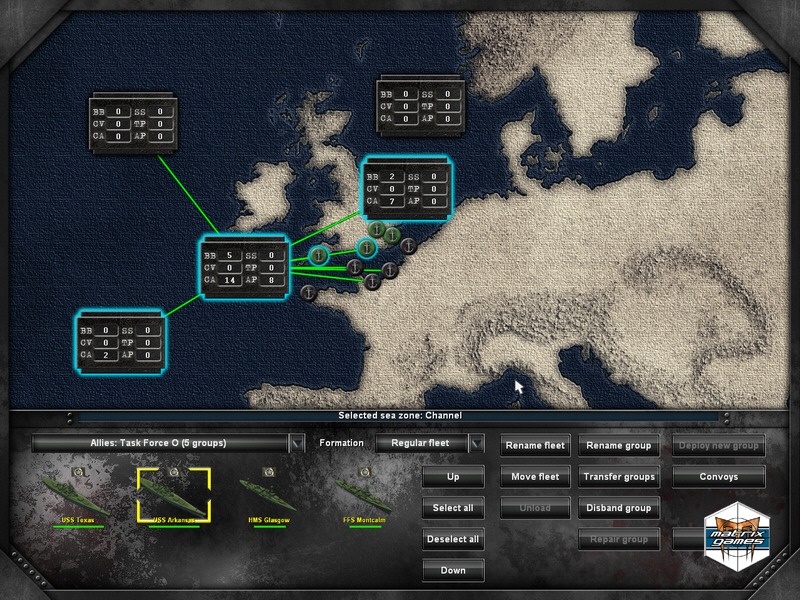 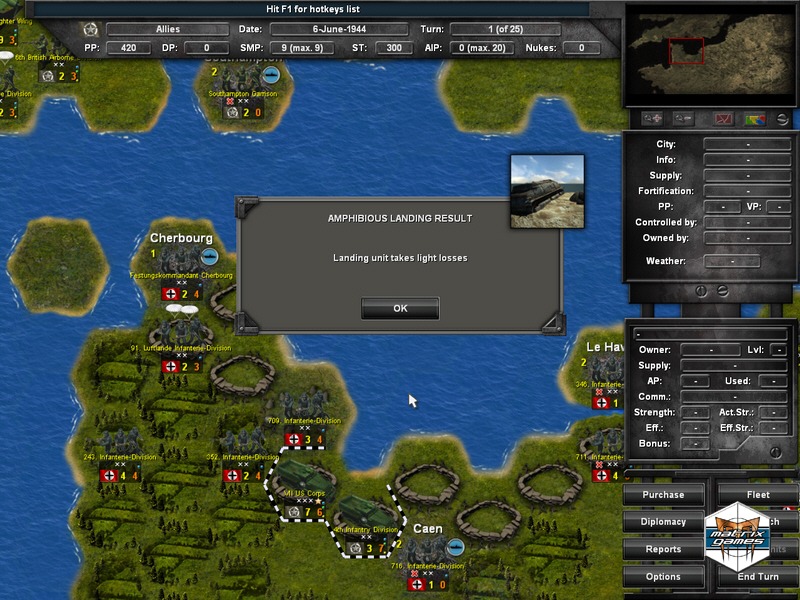 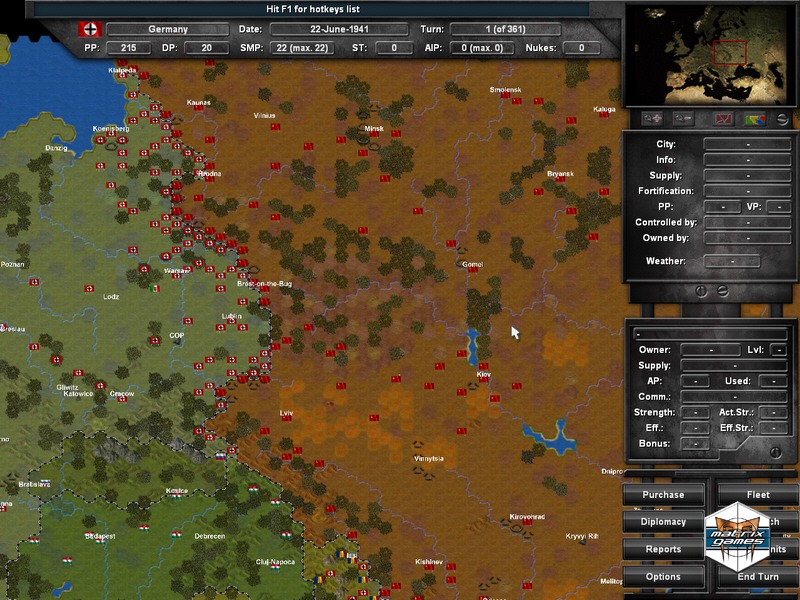 WW2: Time of Wrath is Updated!

WW2: Time of Wrath is Updated

Jan. 05, 2010 - Another update for this WWII grand strategy game is locked, loaded, and ready to fire Matrix Games…

A New Mega Update for WW2: Time of Wrath

Oct. 06, 2009 - Tons of new changes and features improving nearly every aspect of the game! Matrix Games and…

From the front lines in France and Russia to the deserts of North Africa and the airfields and convoys of Britain, the campaigns of World War II are yours to command in WW2: Time of Wrath! This turn-based grand strategy title, the highly improved and expanded sequel to WW2: Road to Victory, puts the player in charge of the political, economic and military decisions of one or more Axis or Allied nations, including minor nations.

Diplomacy has failed, tyranny is on the march, now is the Time of Wrath! A diplomacy system based on political points allows you to sway possible allies to your side. An upgraded and expanded naval combat system includes fleet engagements, combat patrols, massive aircraft carriers, elusive raiders and U-Boats as well as a convoy system.

Concentrate precious industrial resources on building, training and upgrading a wide variety of combat units from airborne soldiers and armored divisions up to nuclear weapons!

The game features four Grand Campaigns (1939, 1940, 1941 and 1944) covering the full war in the European Theater, lasting up to 1948 for maximum flexibility. Play as any nation and as any combination of countries to experience the war through a unique perspective.

Historical leaders enhance the performance of your armies and hundreds of historical events like the Molotov-Ribbentrop Pact, Lend-Lease and more give you choices that can change the course of history. WW2: Time of Wrath is fought across turns that vary in length by season and 25 km hexes with divisions and corps, giving the player a broad strategic picture of the war while still leaving enough room for operational decisions.

Hundreds of historical events such as Molotov-Ribbentrop Pact, Vienna Dictate, Lend-Lease, and many more

Air forces now extend their power over nearby sea zones

Advanced weather system simulates spring and autumn / rainfall and snow. Beware of General Winter! Weather conditions have a different effect on each country

Fully historical, detailed orders of battle in all scenarios with historical names for hundreds of land, air and naval units

Historical commanders boost the effectiveness of units under their care

Improved A.I. to perform better at the strategic and tactical level

A healthy variety of combat units to command from armoured and airborne forces to strategic bombers and battleships even nukes!