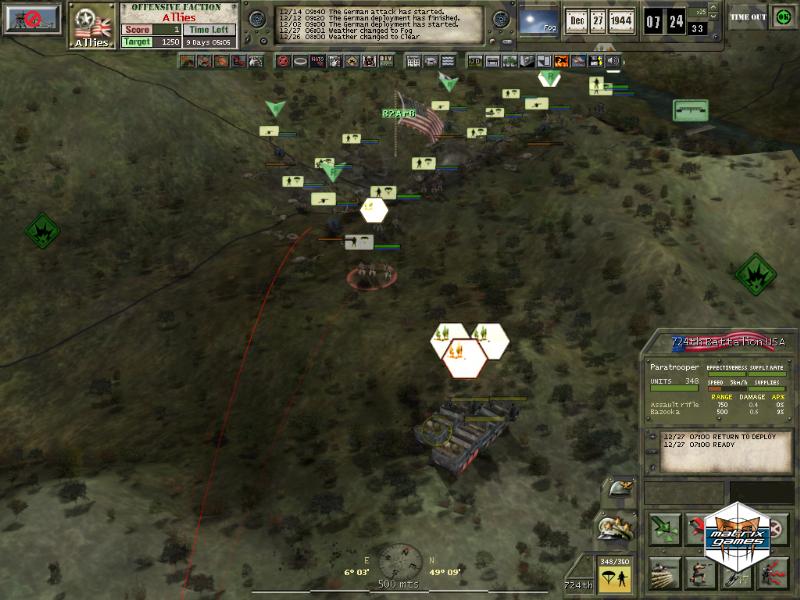 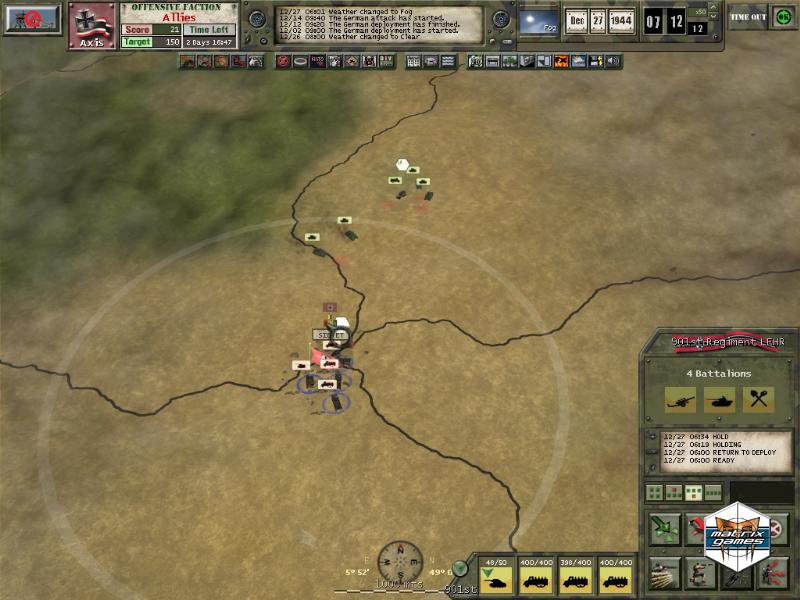 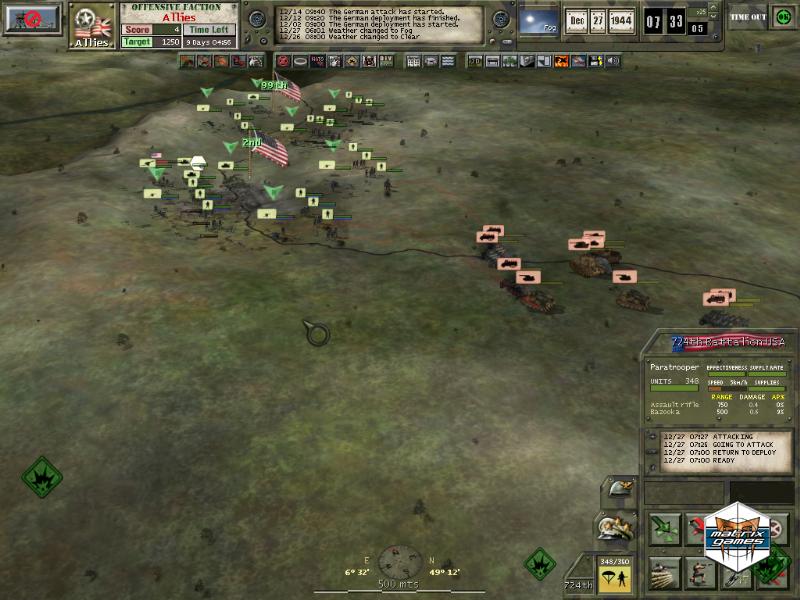 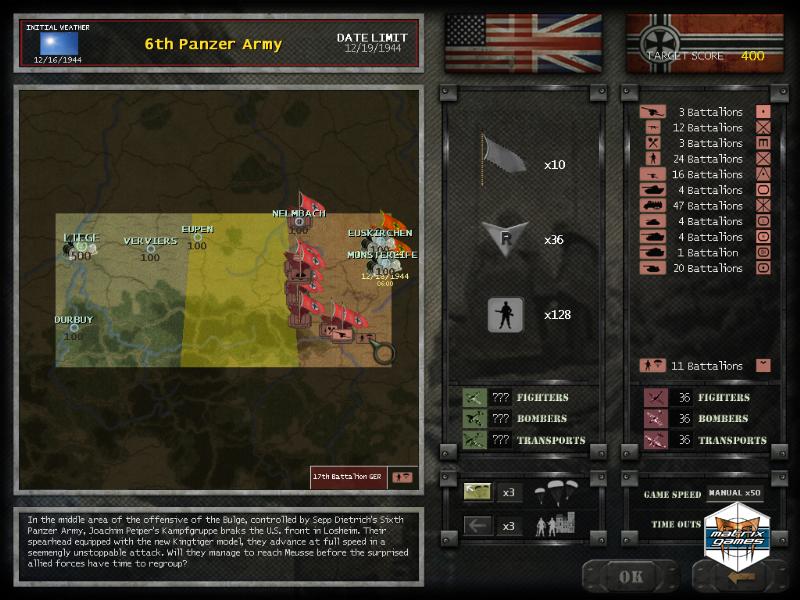 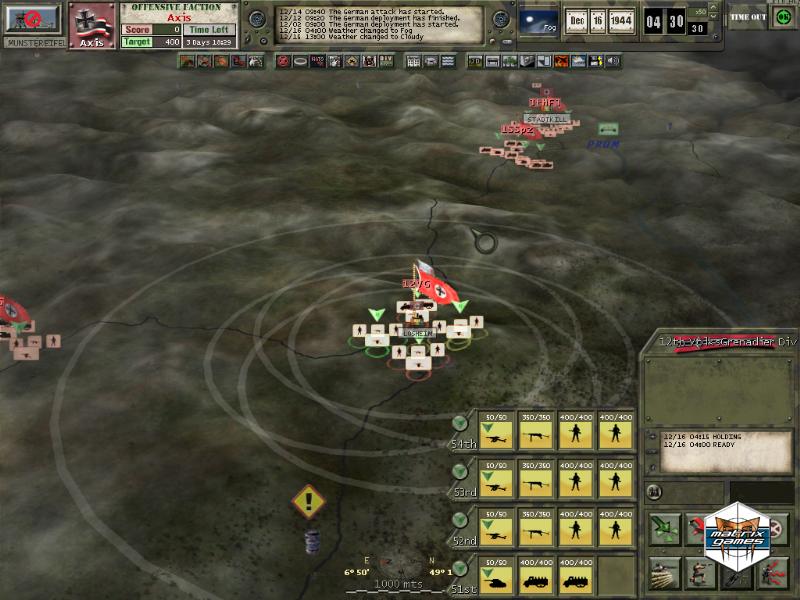 World War II: General Commander is an introductory war strategy game which brings a unique mix of scale, combat dynamics, and force management. An intuitive combination of rules and controls will give beginning wargamers and real time strategy fans the opportunity to simulate Germany’s famous last Blitzkrieg from either side. Evaluate the tactical situation while monitoring your overall strategy over real scale 3D maps.

World War II: General Commander creates an intense command experience with a choice of engagements ranging from defending a single town to the full campaign stretching hundreds of miles and involving all the historical forces! Brilliant Counterattack or Strategic Blunder? You are the General Commander!

December 1944 - Germany conducts her last great offensive of the Second World War in what is known as Operation Watch on the Rhine, or the Battle of the Bulge, throwing her last reserves against a thin Allied front line in a bid to unhinge the entire Western Front.  Tens of thousands of solders, supported by tanks, artillery and airpower fought for three dramatics weeks around the Ardennes forest to determine the outcome of this gamble. Now you can step up to the commander’s seat and lead your divisions to stop the German offensive or break the Allied defenses.

Attempt a last ditch offensive or desperate defence across 14 scenarios including famous engagements like Bastogne and Operation Nordwind. Fight with 3D units over a beautifully rendered topographic map that stretches across hundreds of miles. Set rally points and withdraw areas to slowly draw down a defensive position and delay the enemy before your next line of defense. Order air strikes and air superiority missions to turn the tide of any engagement. This is World War II: General Commander!

14 scenarios including famous engagements like Bastogne and Operation Nordwind Fight 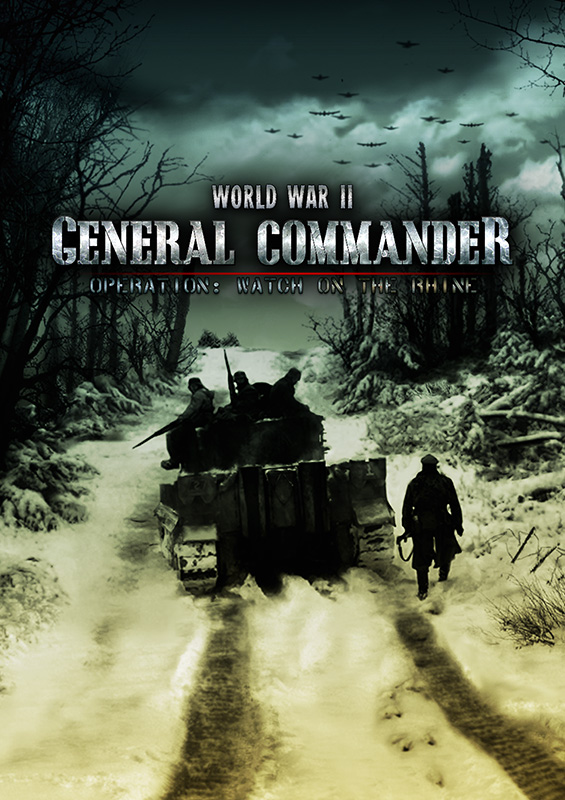