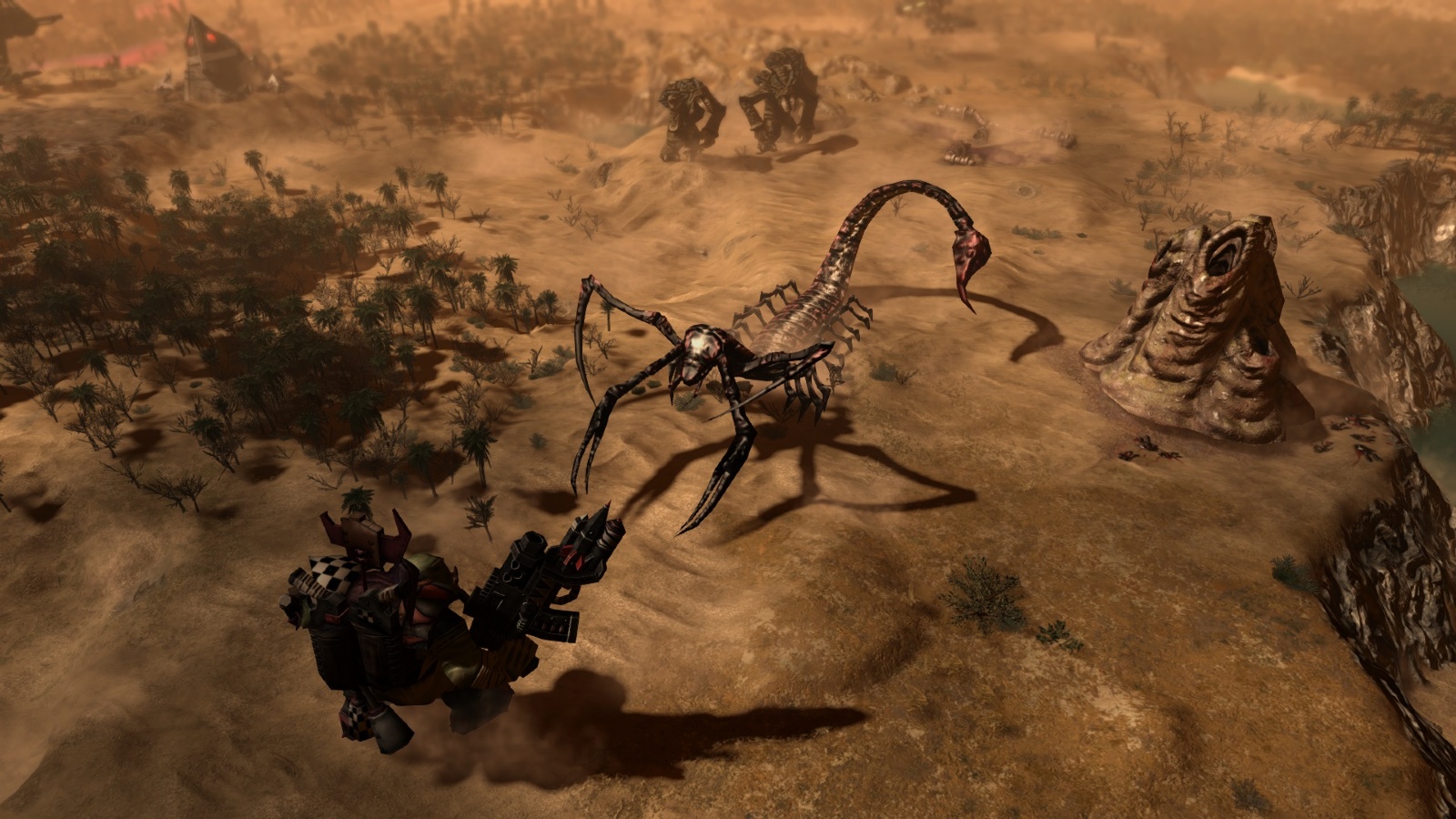 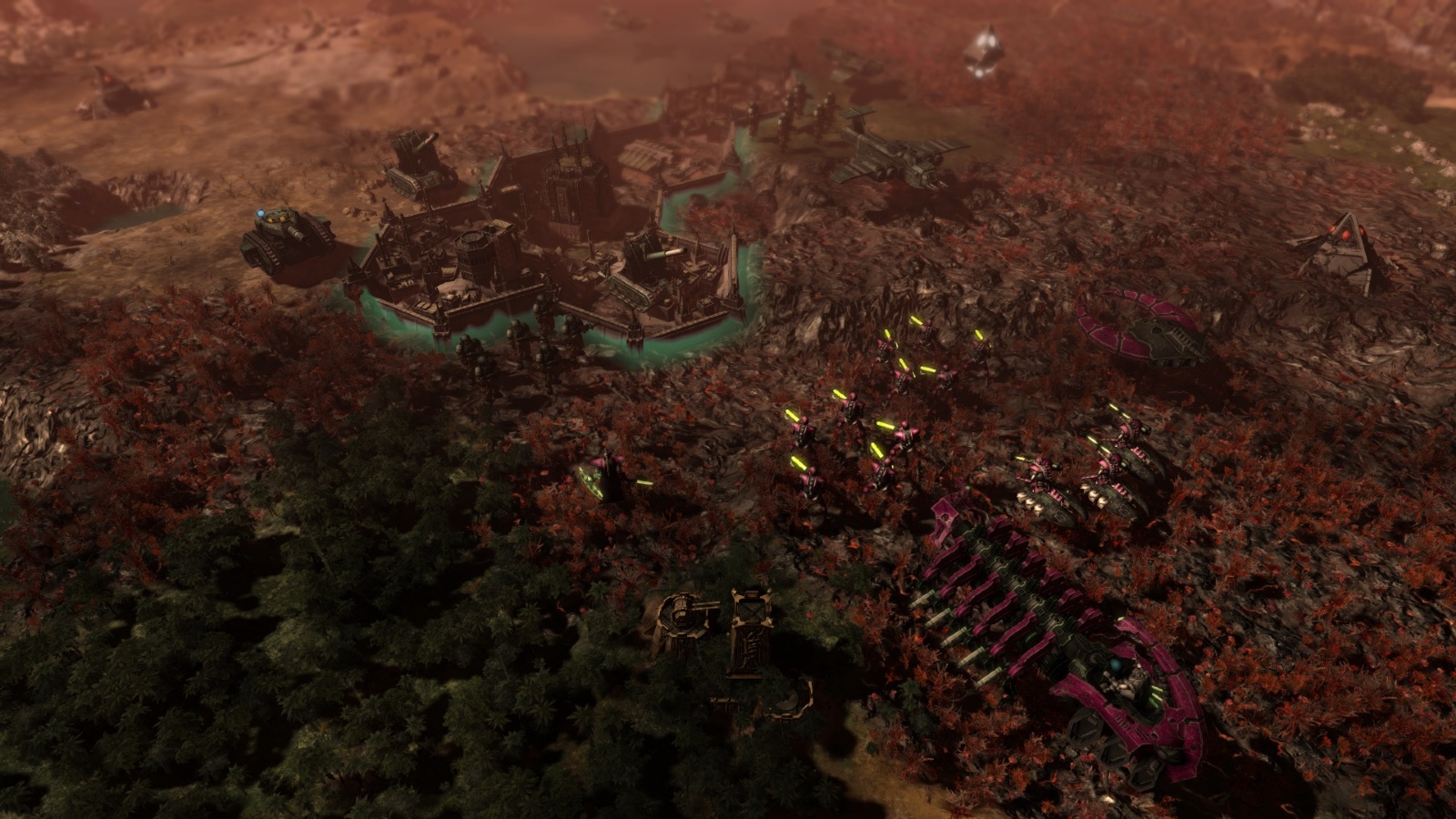 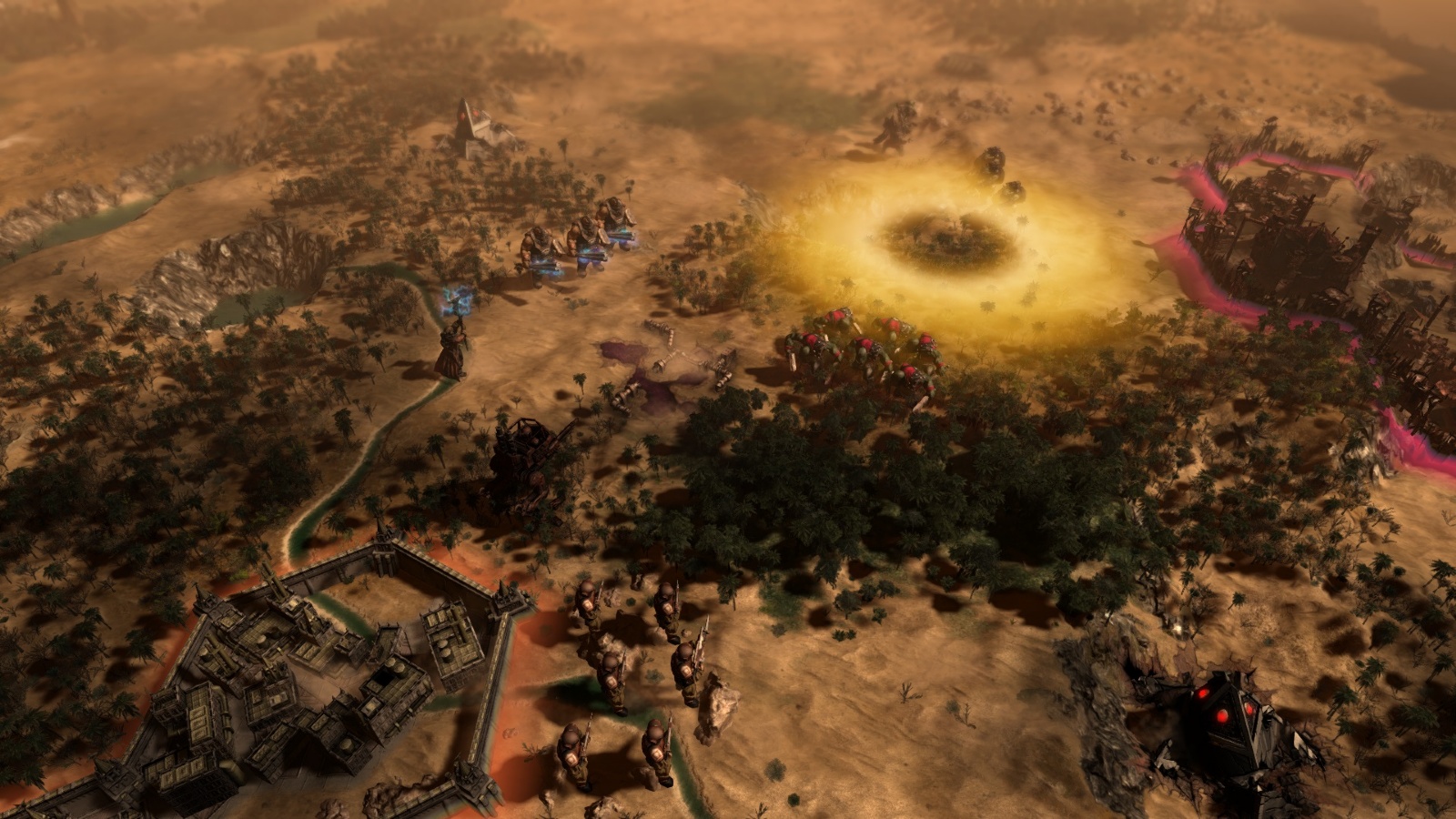 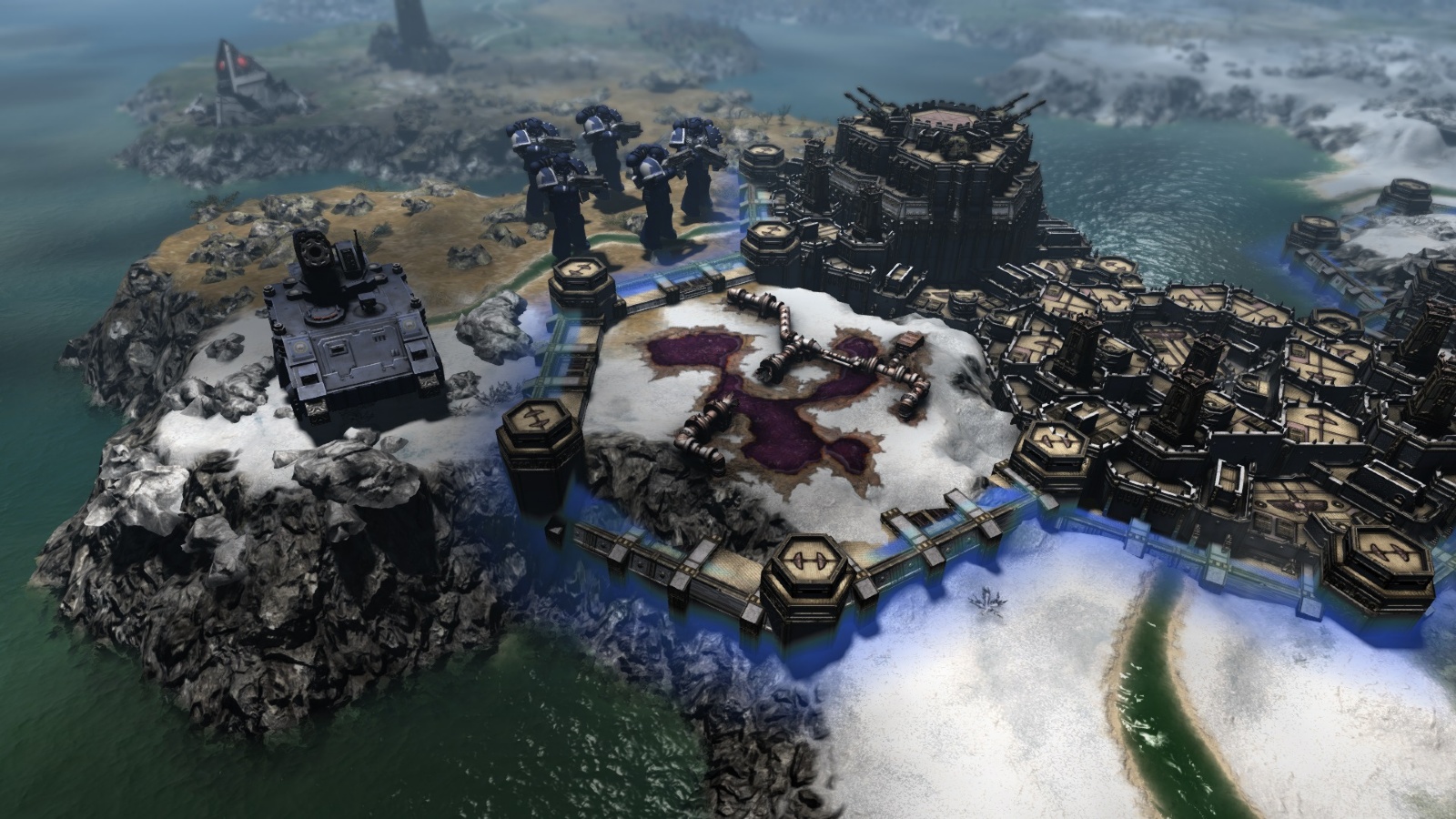 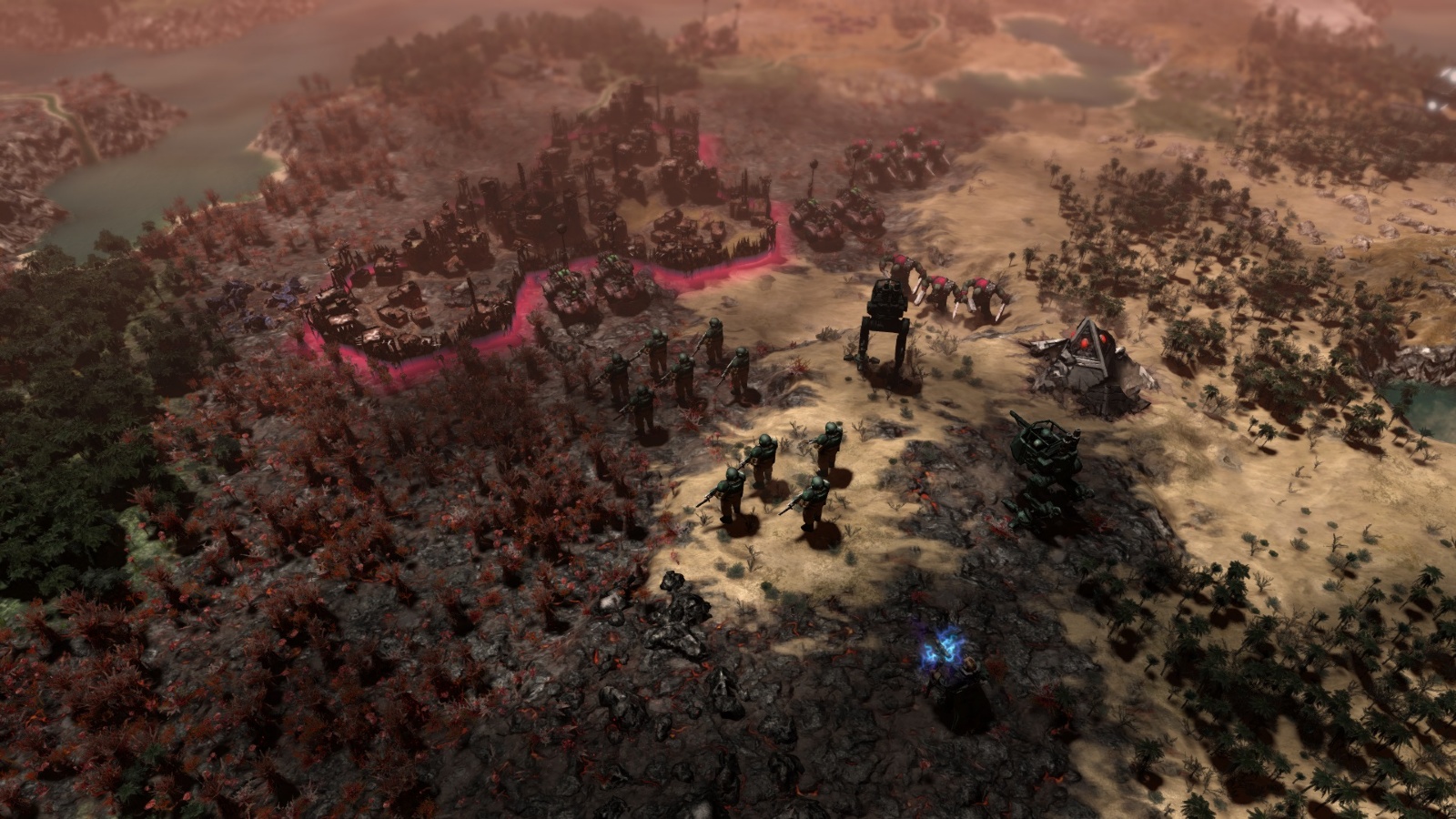 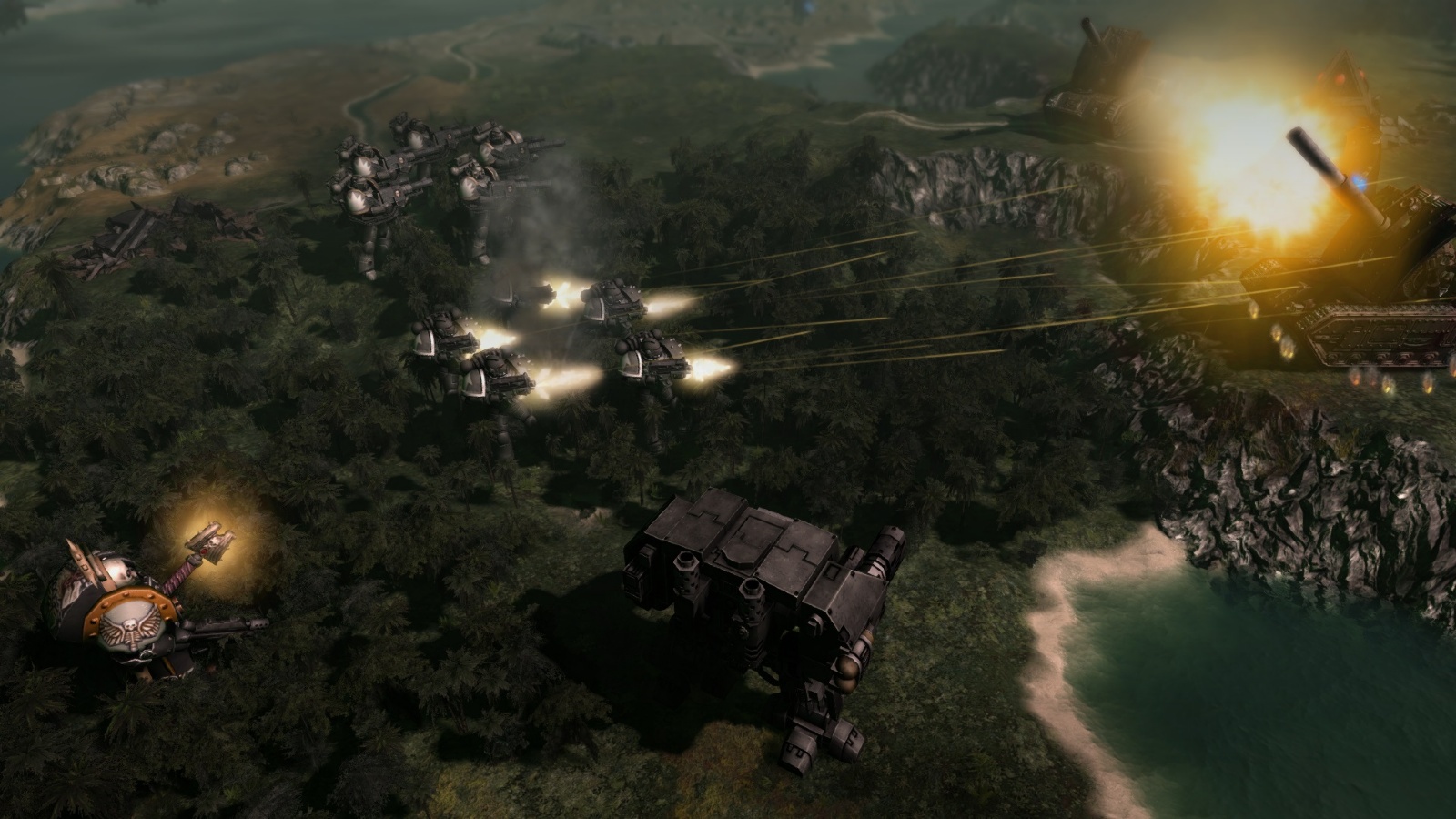 A new faction joins the war for Gladius Prime. The Adeptus Mechanicus are an empire within the Imperium, with their own agenda, their own god (‘The…

New unit types for all factions enter the fray with the Specialist Pack. Each of the new units brings something new to their faction: support…

The Assault Pack DLC greatly expands your tactical options by introducing a new unit for each faction! These new units are entirely focus on…

The T’au Empire joins the fight for the domination of Gladius Prime. Driven by a constant ambition to expand and spread the word of the Greater…

The Fortification Pack is an expansion for Warhammer 40.000 Gladius – Relics of War, bringing one new defensive unit to each faction, widely expanding…

Warhammer 40,000: Gladius is back with a new playable faction, the Chaos Space Marines. Fueled by their hatred for the Imperium, these ancient…

On Gladius Prime there is only war. Orks, Necrons and Men vie for control of a dying world. But something worse lurks in the shadows. Feral Tyranids…

This DLC adds the Lord of Skulls as a new neutral unit roaming the battlefields of Gladius Prime! 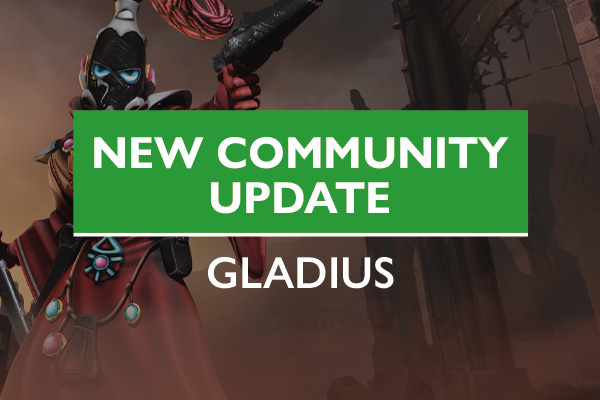 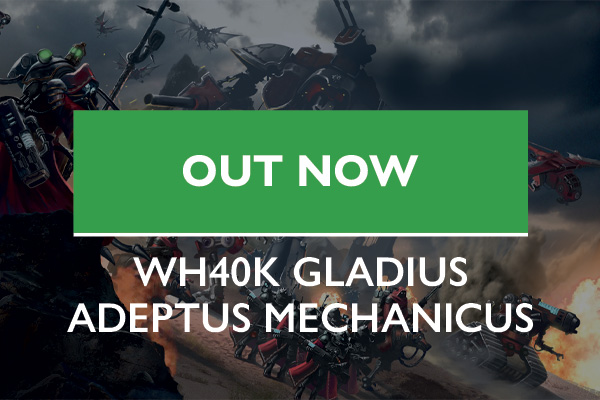 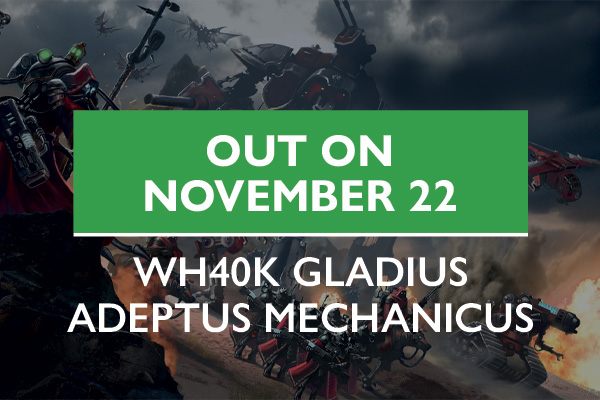 If you are a WH40k enthusiast, this is the game you want!Multiplayer
❮ ❯
Info Features Requirements

Warhammer 40,000: Gladius is the first ever 4X game based on the popular Warhammer 40,000 universe. It features combat-heavy gameplay where your task is to explore, expand, exploit and exterminate your opponents. The base game come with four playable factions: Space Marines, Astra Militarum, Orks and Necrons.

Gladius Prime was known to Imperial scholars as a planet of archeological interest. During its colonization ancient relics were found, revealing hints of a shrouded past. But it was more than relics. Something awakened, an unspeakable horror from an ancient past, and the citizens of Gladius found themselves trapped in a terrible war for survival. Gladius Prime was once a planet of peace. Now there is only war.

Warhammer 40,000: Gladius – Relics of War brings you to a world of terror and violence. Four factions will engage in a brutal war for dominance over the planet’s resources.
In the first 4X turn-based strategy game set in Warhammer 40,000 you will lead one of four factions: Astra Militarum, Space Marines, Orks and Necrons, each with their own unique gameplay, technological tree, units and heroes. Face a challenging AI or cooperate or compete with friends and strangers across the globe.
EXPLORE
Play as one of four iconic Warhammer factions (Astra Militarum, Space Marines, Orks or Necrons), each with their own unique playstyle and technology tree. Explore a randomly generated world filled with special features and threatening wildlife that can crush your troop's morale. Secure control of powerful ancient artefacts to grant you an edge against rival factions.
EXPAND
Construct cities, buildings and fortifications to expand your empire and produce an army to vanquish your foes. Harvest resources and research new technologies to fuel and upgrade your machinery of war.
EXPLOIT
Progress through a different storyline with each faction as their destiny on Gladius Prime, a world tainted by the warp, unfolds. In the end, when all the dust has settled, only one faction can emerge victorious.
EXTERMINATE
Command a wide array of devastating weaponry, issue city edicts and deploy tactical operations. Recruit hero units that possess distinct special abilities and can be equipped with items, ranging from advanced grenades to mighty relics of the past. As they become more and more powerful with each rank, they turn into true champions of your cause.
Warhammer 40,000: Gladius - Relics of War © Copyright Games Workshop Limited 2018. Gladius - Relics of War, the Gladius - Relics of War logo, GW, Games Workshop, Space Marine, 40K, Warhammer, Warhammer 40,000, 40,000, the ‘Aquila’ Double-headed Eagle logo, and all associated logos, illustrations, images, names, creatures, races, vehicles, locations, weapons, characters, and the distinctive likeness thereof, are either ® or TM, and/or © Games Workshop Limited, variably registered around the world, and used under licence. Published by Slitherine Ltd. Developed by Proxy Studios. All rights reserved to their respective owners.

Unique questlines for each playable faction

+18 different units for each playable faction

Combat-heavy gameplay with emphasis on units details, weapons and experience

Heroes that can level up, gain new abilities and equip items 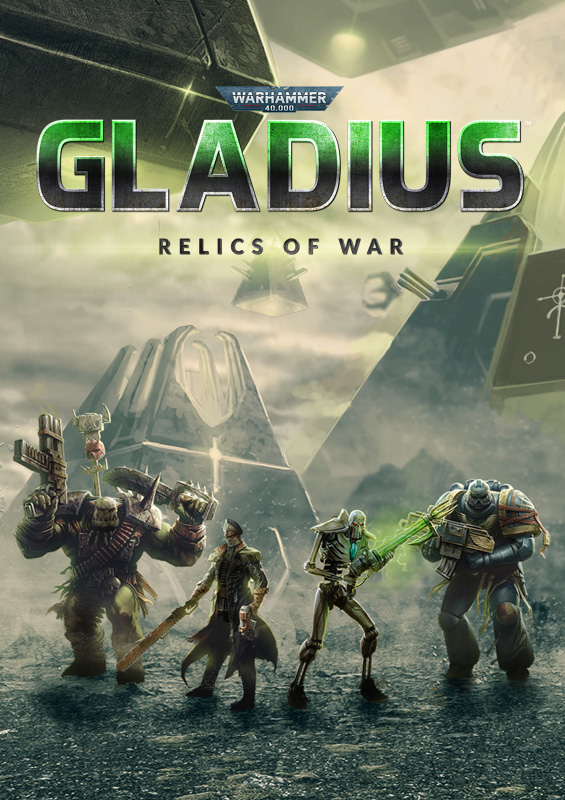 The Deluxe edition of Gladius, containing the base game plus the following DLCs: Lord of Skulls Exclusive Unit, Soundtrack and Digital Wallpapers!
-10% $44.96