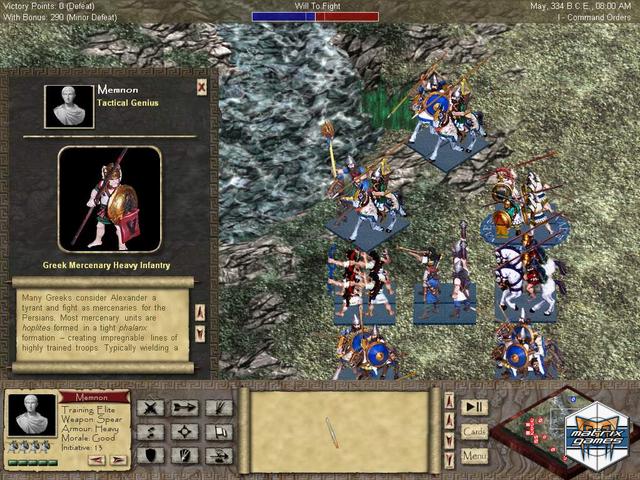 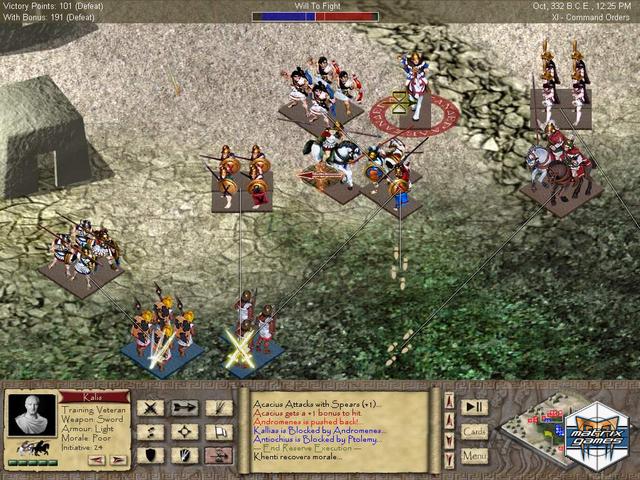 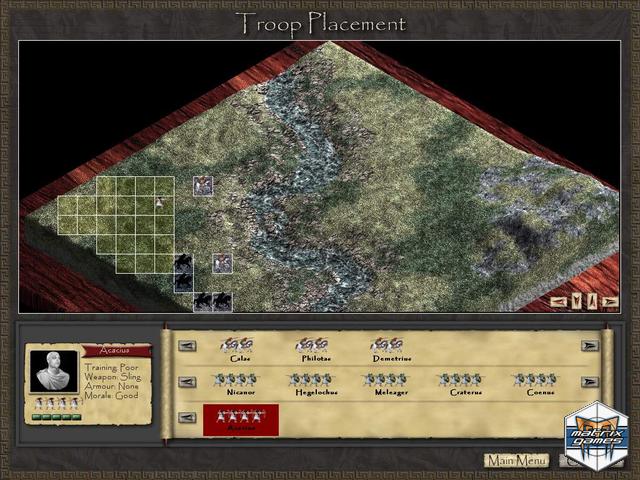 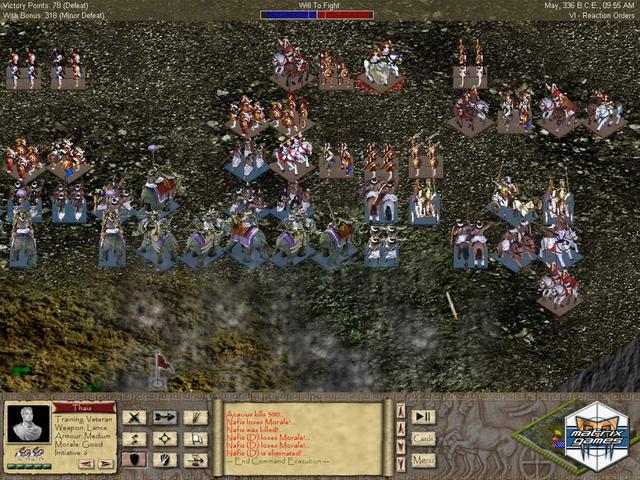 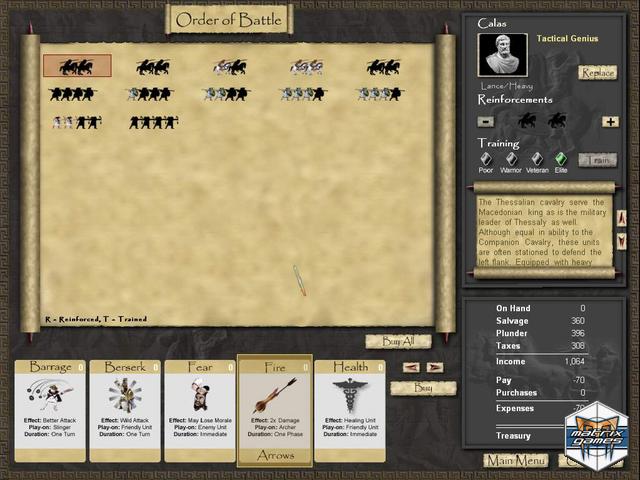 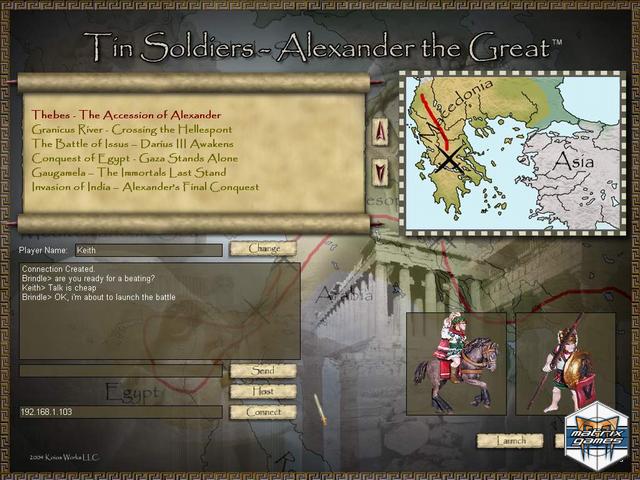 Tin Soldiers: Alexander The Great Gets an Update

Alexander the Great Decrees the Release of a Demo

Tin Soldiers: Alexander The Great “Win Your Own Army” Contest!

Oct. 15, 2004 - One Month After Release, The Persians Will Have A New General! Matrix Games and Koios Works…

Favoring the grandeur and hand crafted look of miniature figures we are eschewing the current gaming trend toward ultra realism. Our artists spend their time drawing hundreds of individually adorned soldiers rather than countless hours animating clones of identically clad animations scratching their backsides! The game plays like a beautiful miniatures battle from the historical units down to the table terrain, but with the advantages of a computer opponent and a more dynamic turn structure.

Tin Soldiers: Alexander the Great is indeed turn based, but with a twist. It makes use of an engine for simultaneous turn based strategy. A player does not take turns with his opponents, instead each opponent plans out their strategy and issues orders to their units simultaneously, then presses a play button and the battle rages as all the units execute their orders for that turn in unison - just like RTS, but for the twitch impaired. In addition, our unique "reaction" system enables mid-turn adjustments to battle strategy.

The campaign unfolds with 3D panoramas of the different battlefields. The battle scenarios and troop placements are based on real historic events with entertaining, educational, and non-fiction cut-scene storytelling. More than just a set of separate battles, the campaign allows you to make decisions in between battles on which units to reinforce, whether to recruit new units and how many of your resources to focus on training. Commanders can be replaced and "battle cards" with a variety of game effects can be stockpiled against future need.

Fight as Alexander as you face off against Greeks, Persians, Egyptians and the Indian Army with its Elephants. Battles can be won by breaking the enemy army or by achieving a series of historical objectives. The alternate victory conditions combine with the reaction system, the battle cards and the between battle campaign decisions to create incredible replayability. Moreover, as each battle in the campaign is unlocked, it becomes available for single player skirmish play.

For those seeking a living opponent, Tin Soldiers: Alexander the Great includes support for multiplayer over the internet and local network (via TCP/IP). Any of the campaign battles can be selected or players can choose one of the two special multi-player scenarios: Bactria and Elysium. Tin Soldiers: Alexander the Great does not have a steep learning curve - to the contrary, it's easy to pick up, fun to play and difficult to master.

We believe that historical strategy gamers, miniatures gamers and fans of Alexander will be interested in this title for its value as a game and as a way to experience the campaigns of Alexander and test yourself against perhaps the highest of benchmarks in military history.

3D panoramas of the different battlefields

Battle scenarios and troop placements are based on real historic events

As each battle in the campaign is unlocked, it becomes available for single player skirmish play