Tigers on the Hunt is a World War 2 hard-core tactical wargame that creates a perfect combination of PC interface and streamlined play with in depth tactical simulation. 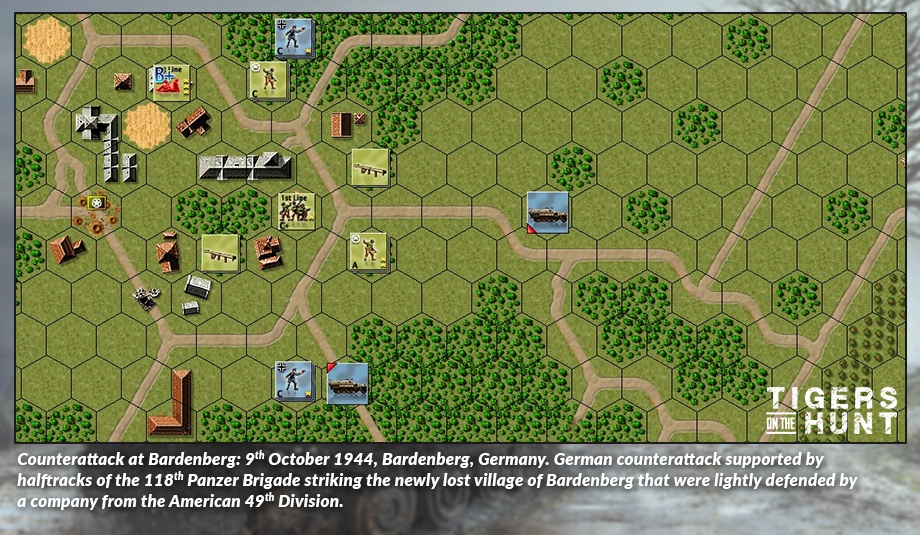 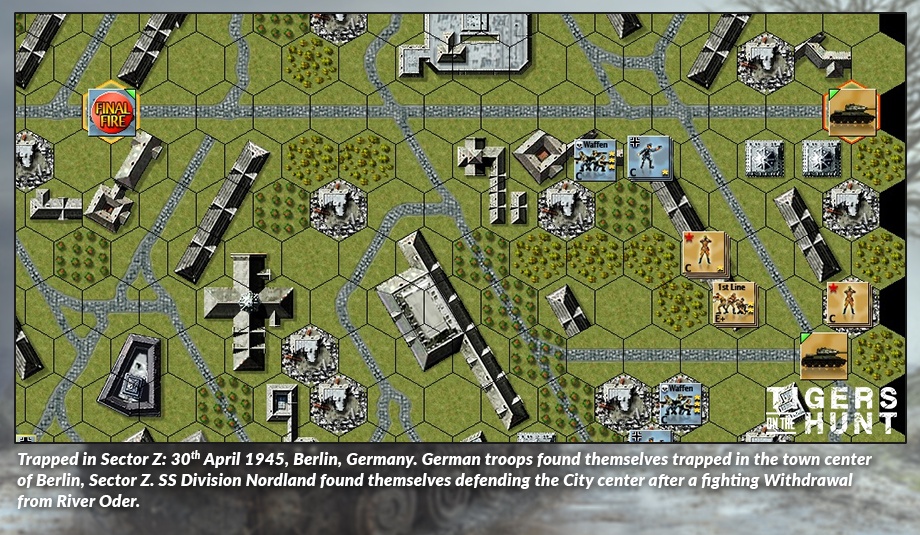 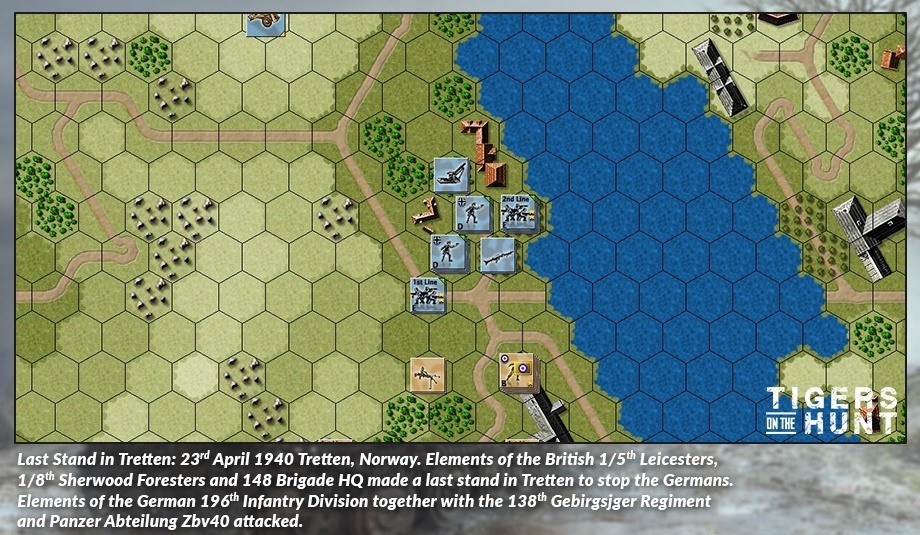 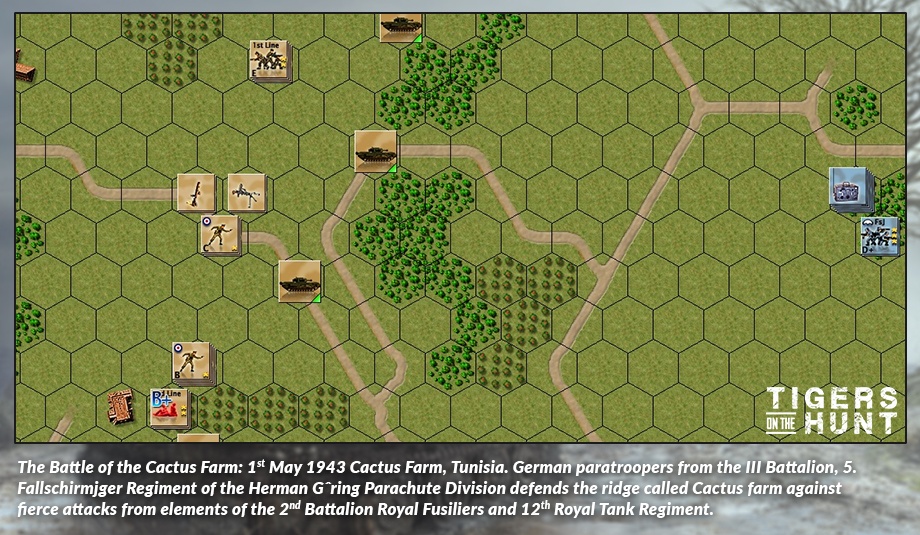 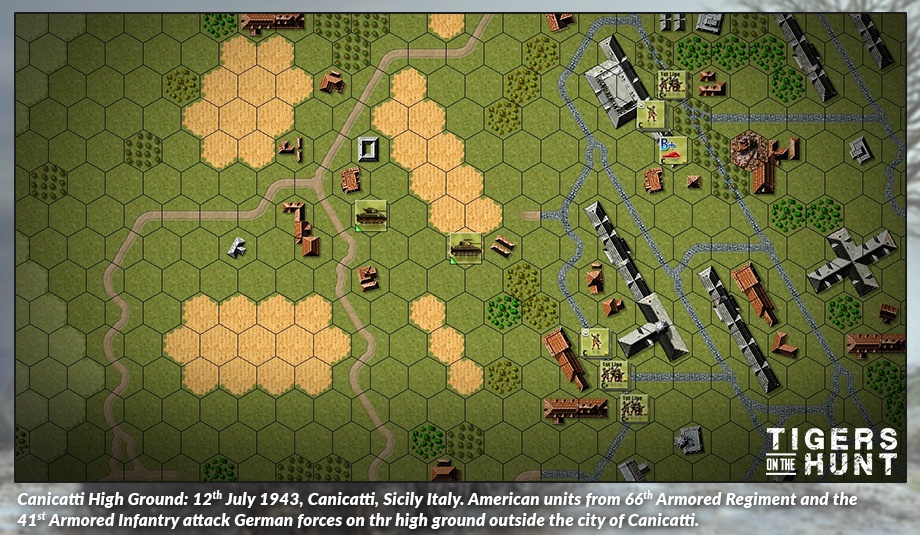 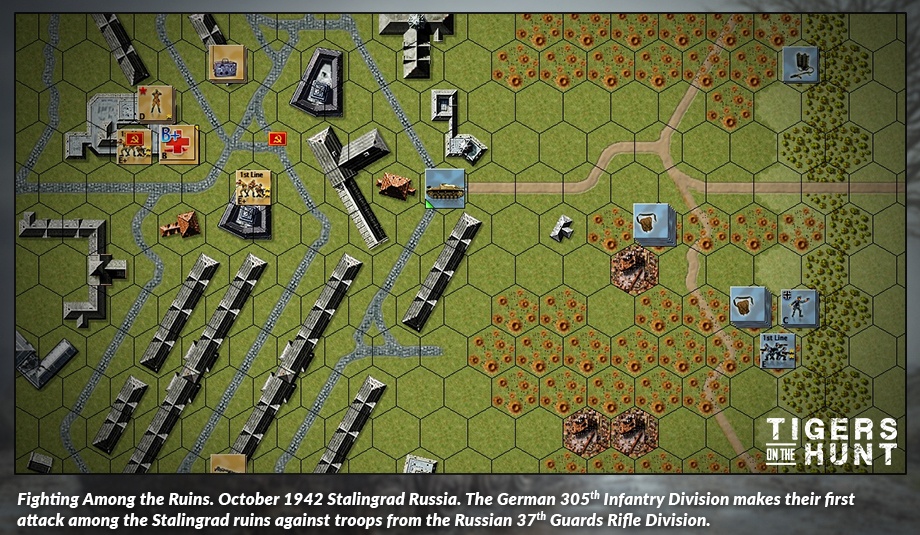 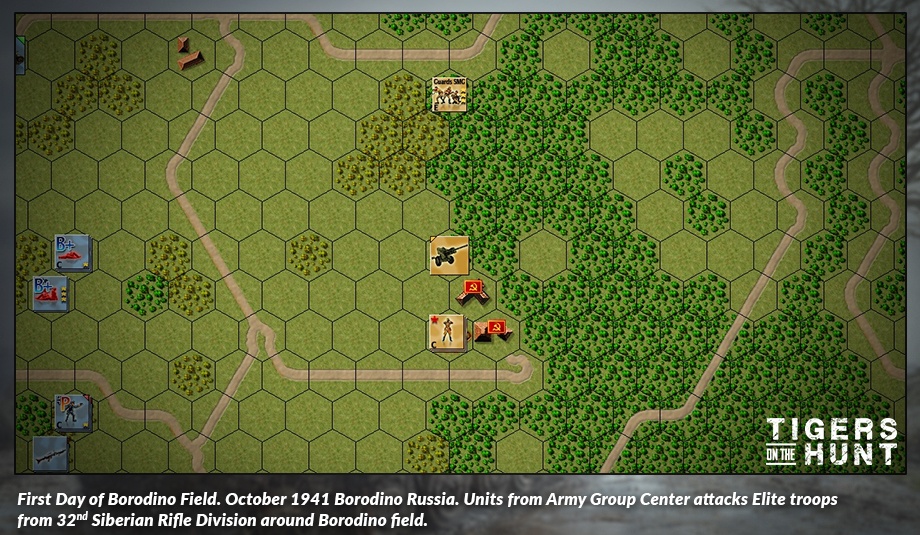 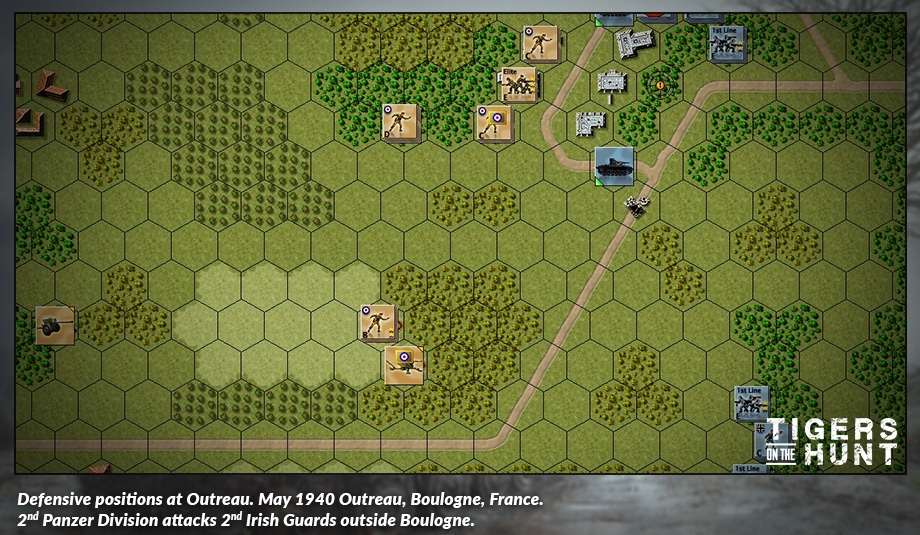 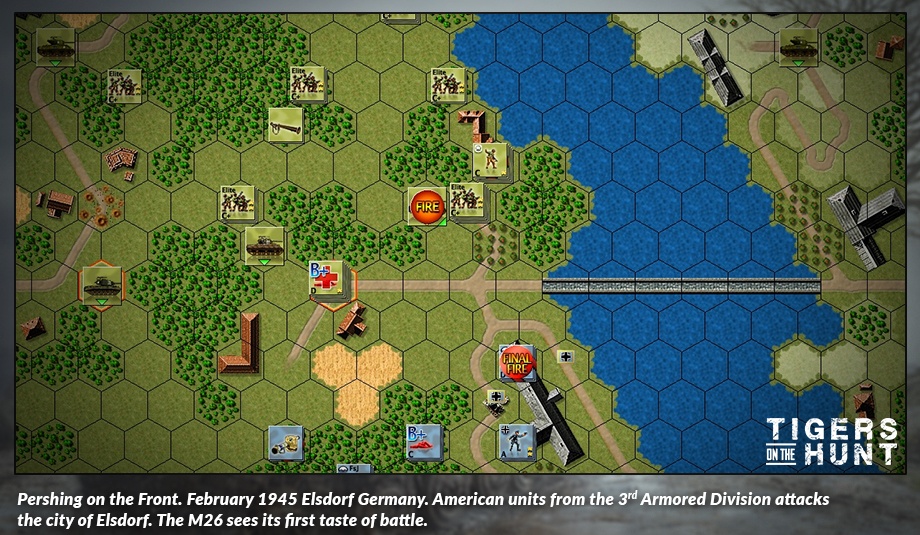 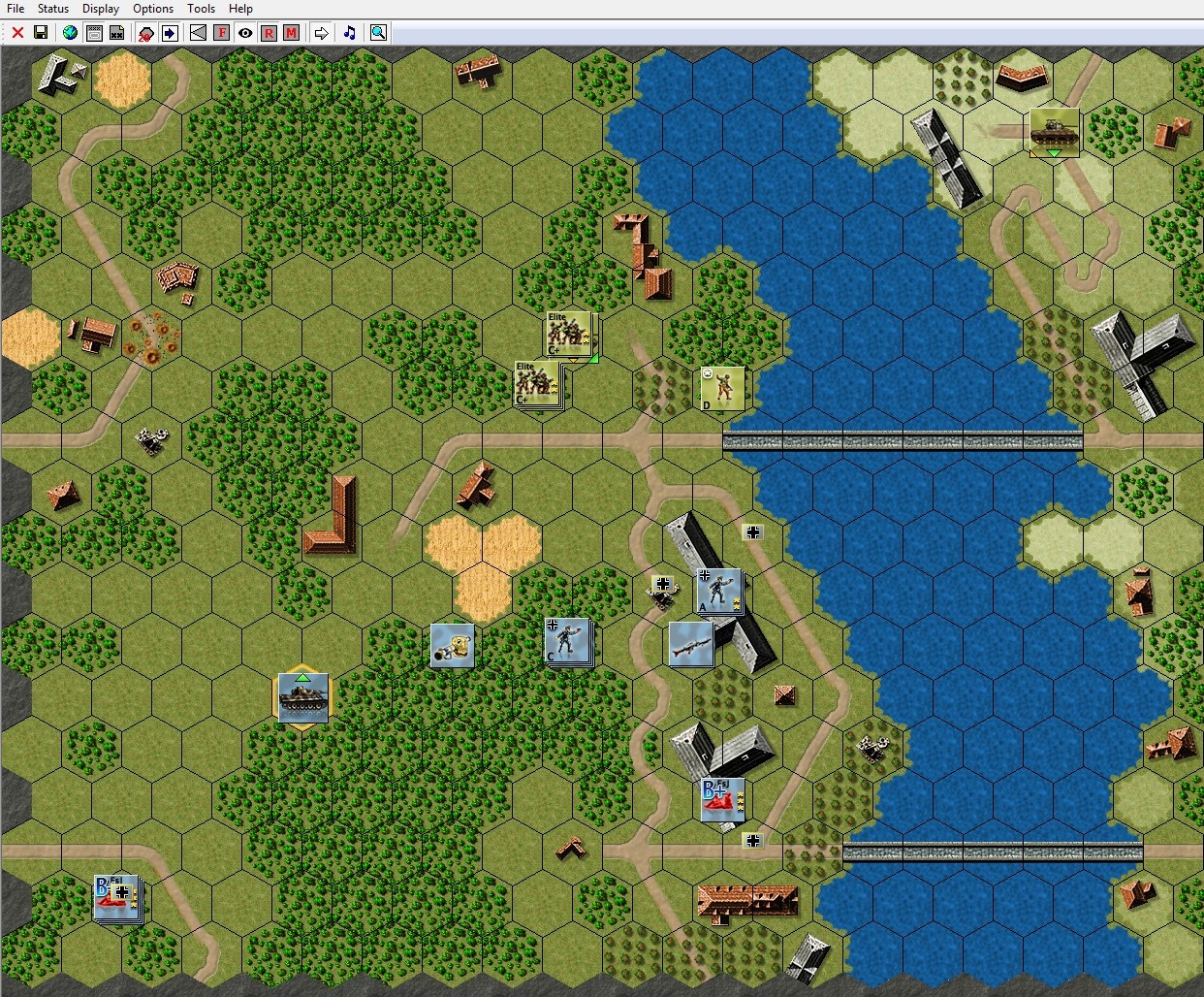 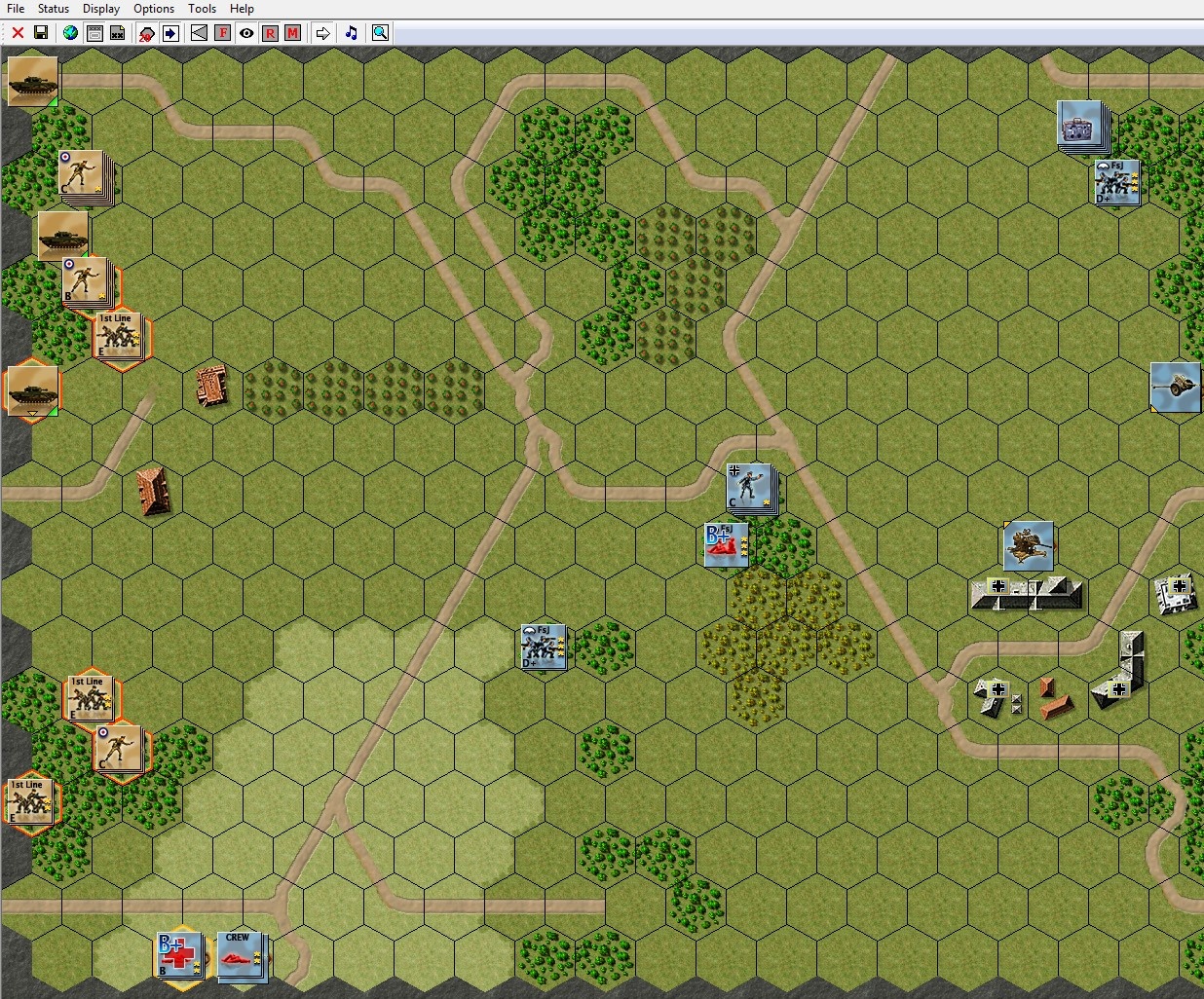 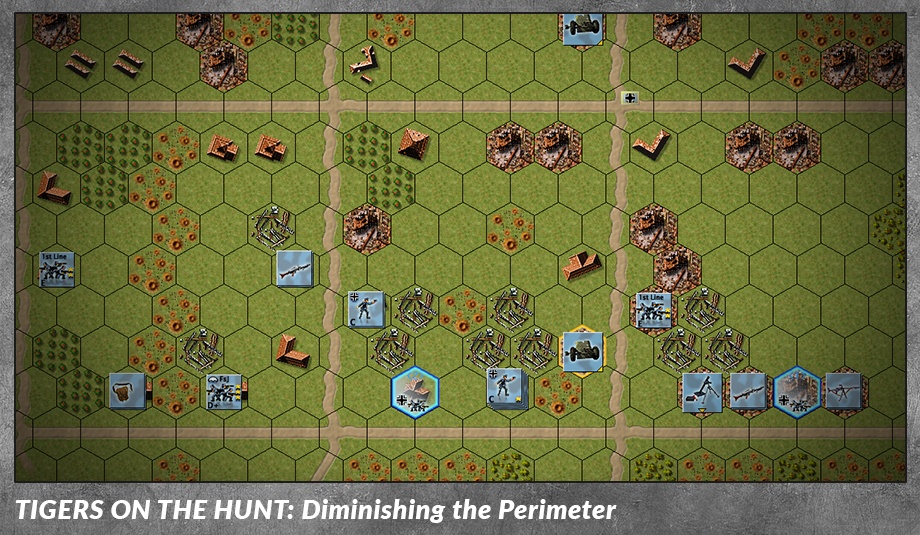 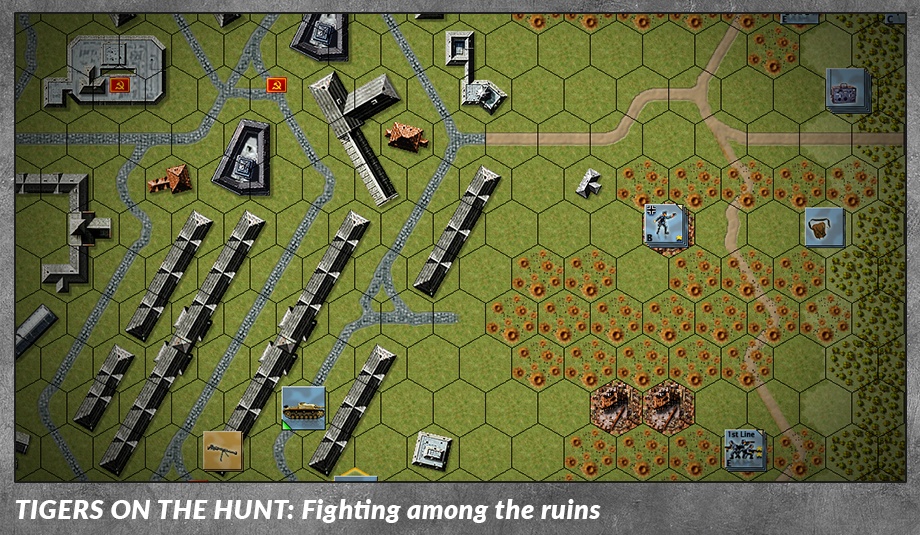 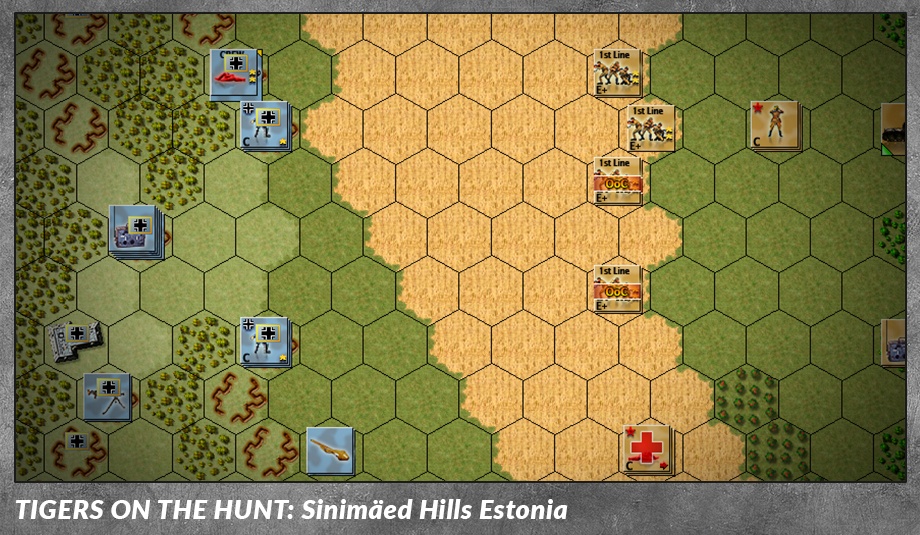 Tigers on the Hunt: Normandy

Tigers on the Hunt: Kursk

Tigers on the Hunt is a World War 2 hard-core tactical wargame for PC. It creates a truly and immersive tactical simulation. Players can enjoy massive battles across up to 12 connected geomorphic maps with over 200 Infantry units, 100 Support Weapons, 100 Ordnance pieces and 50 Vehicles per side.

Tigers on the Hunt boasts a ferocious and adaptive AI which will dynamically respond to a player’s maneuvers. The sequence of play is more complex and interactive than any other WW2 turn based PC tactical wargame: game turns are broken down into 16 segments per turn, 8 segments per side and battlefields can range from small to huge in size and complexity, up to 3.8km x 1.6km in size and 200 infantry squads, 50 guns and 50 vehicles per side.

For scenario designers, a powerful and easy-to-user editor is available in Tigers on the Hunt. Editing maps, scenarios, and OOBs can be done with just a few clicks so the possibilities for enjoying WW2 tactical engagements are near limitless!

Use the myriad units in small as well as massive battles which support up to: 200 Infantry units, 100 Support Weapons, 100 Ordnance pieces and 50 Vehicles per side. The massive library of units contains:

- 28 Off Board Artillery Pieces including Mortar/Howitzer/Rocket

Campaigns (really just a long scenario) last up to 504 turns - roughly about 2 months of combat (8 turns per day + 4 turns in the night). Scenario difficulty can be: Easy, Normal and Hard. The difficulty is associated with Command & Control rules. Easy means human player always have command over all its units. Normal difficulty - Normal Command & Control rules are used. Hard - tougher Command & Control difficulty rules are used. Scenario/OOB/map editor: maps can be created by painting each hex individually or a whole map can imported by loading templates that come with the game. The scenario editor supports 12 maps put together. 4 maps in a row and 3 maps in a column. You can assign each map to each sector or you can allow the computer to randomly import the map templates to make the overall scenario/campaign map random. Scenario sizes can range from small and intense to massive and grand (up to 97 x 40 hexes).

A dynamic AI which never reacts the same way twice to a player’s plan. Scenario designers need only designate the AI as an attacker or defender and the game engine will do the rest!

Tigers on the Hunt uses Fog of War; if a unit doesn’t have LOS to any enemy unit(s) it will not be able to see or engage the enemy unit(s). LOS is detailed, down to a pixel level

A massive library of units

Battle it out in virtually any engagement on the Western/Eastern/Mediterranean Front using detailed American, German, Russian and British armies. 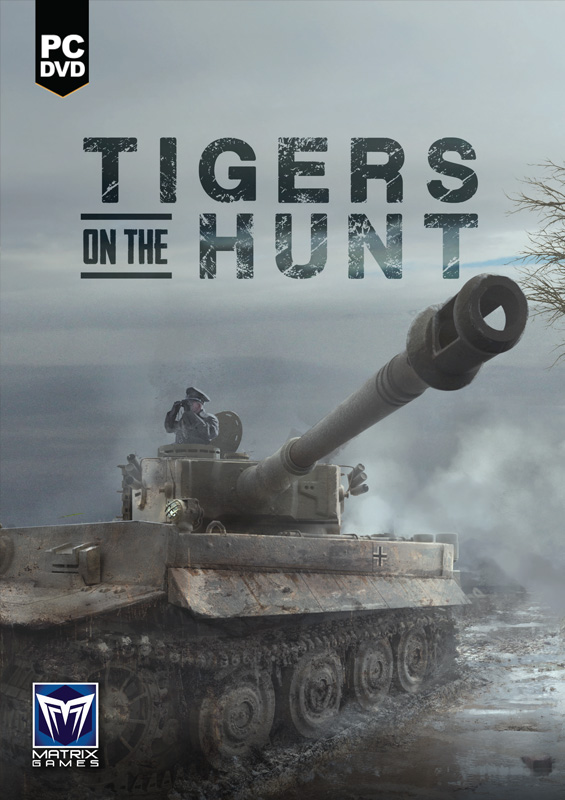