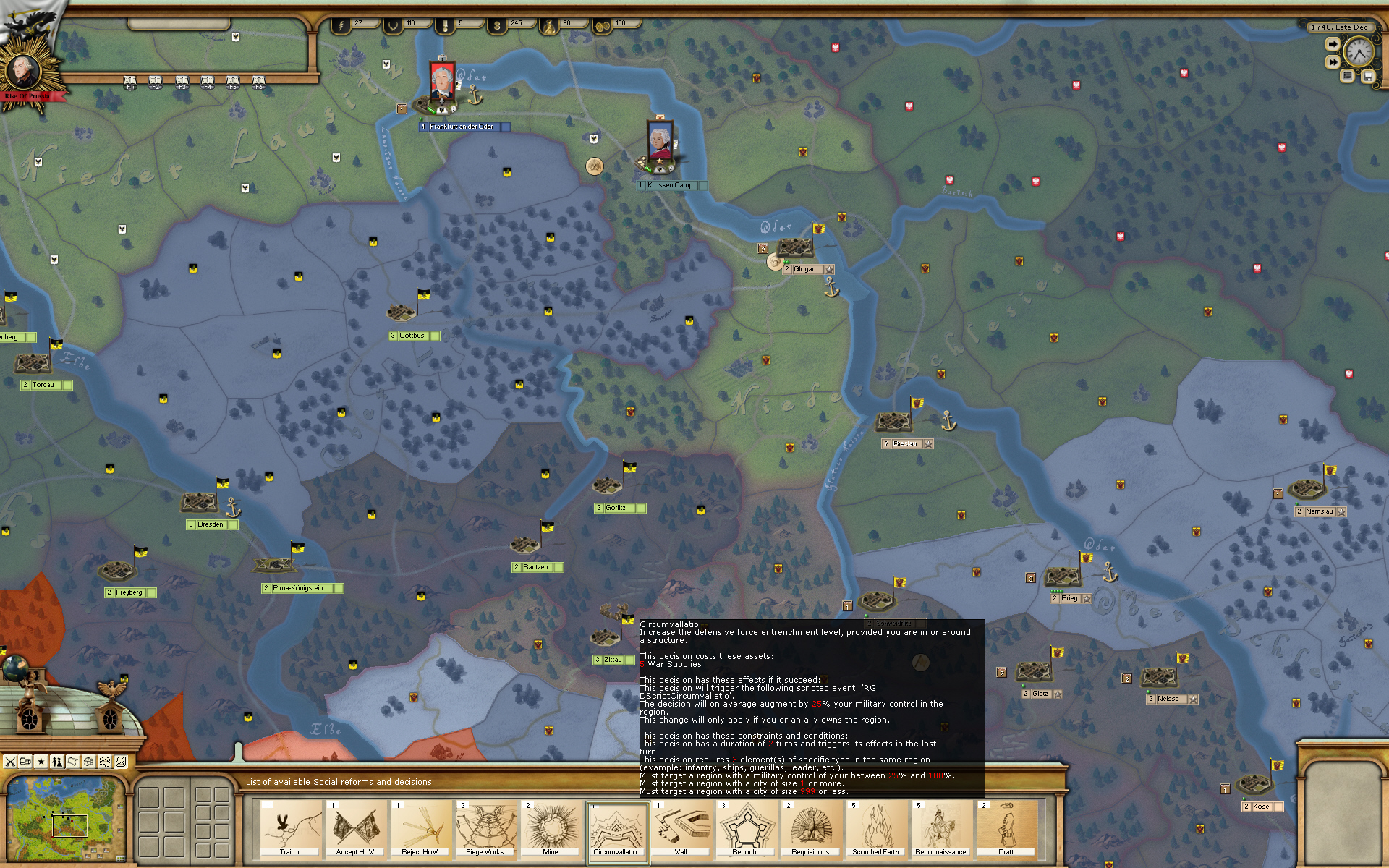 Rise of Prussia Gold is the new and improved version of AGEODs Seven Years War (1757-1763) game set in Europe. This hugely detailed strategy game was initially released by AGEOD in 2010 and the Gold version adds numerous improvements and additional scenarios that take the game to the next level. 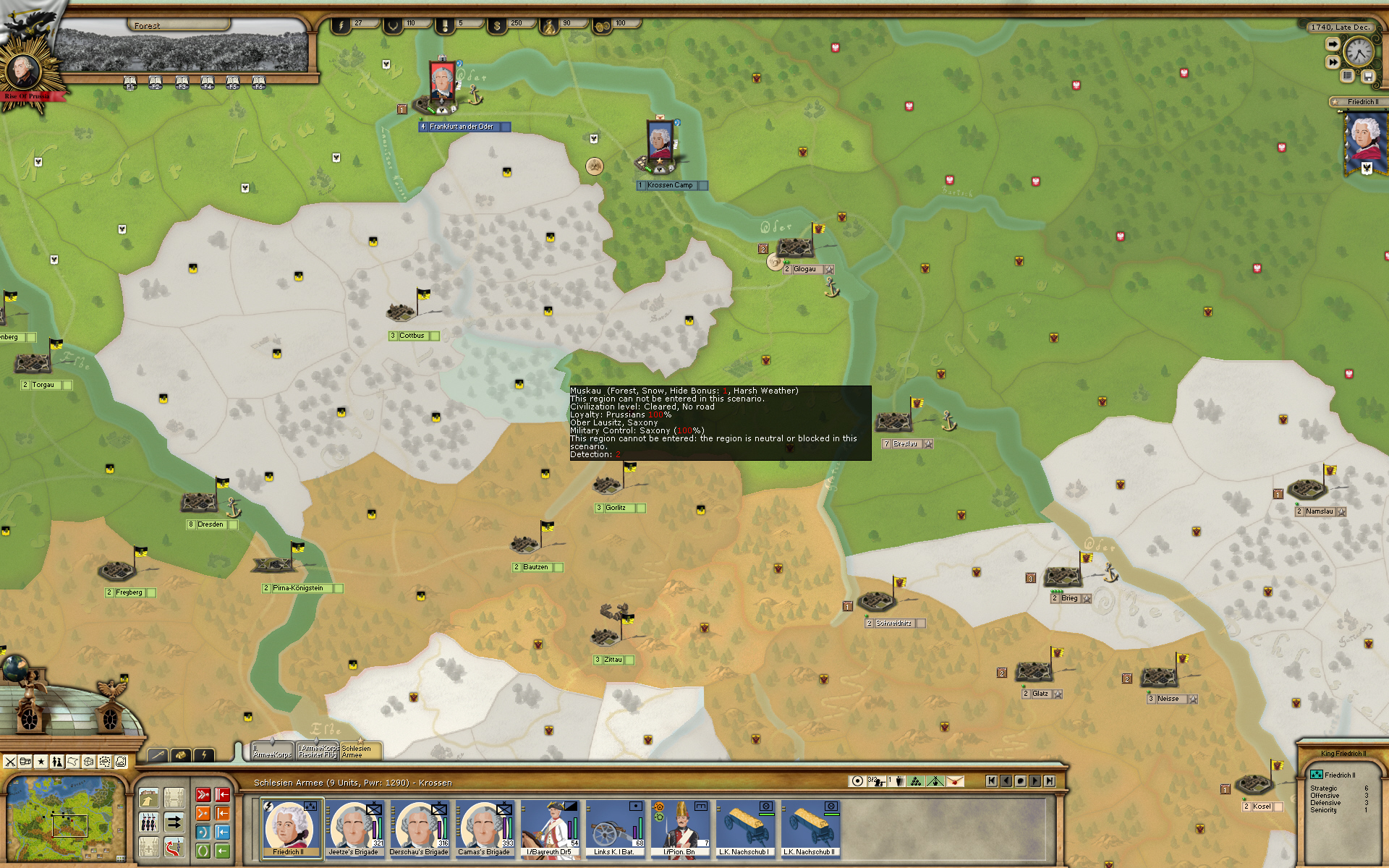 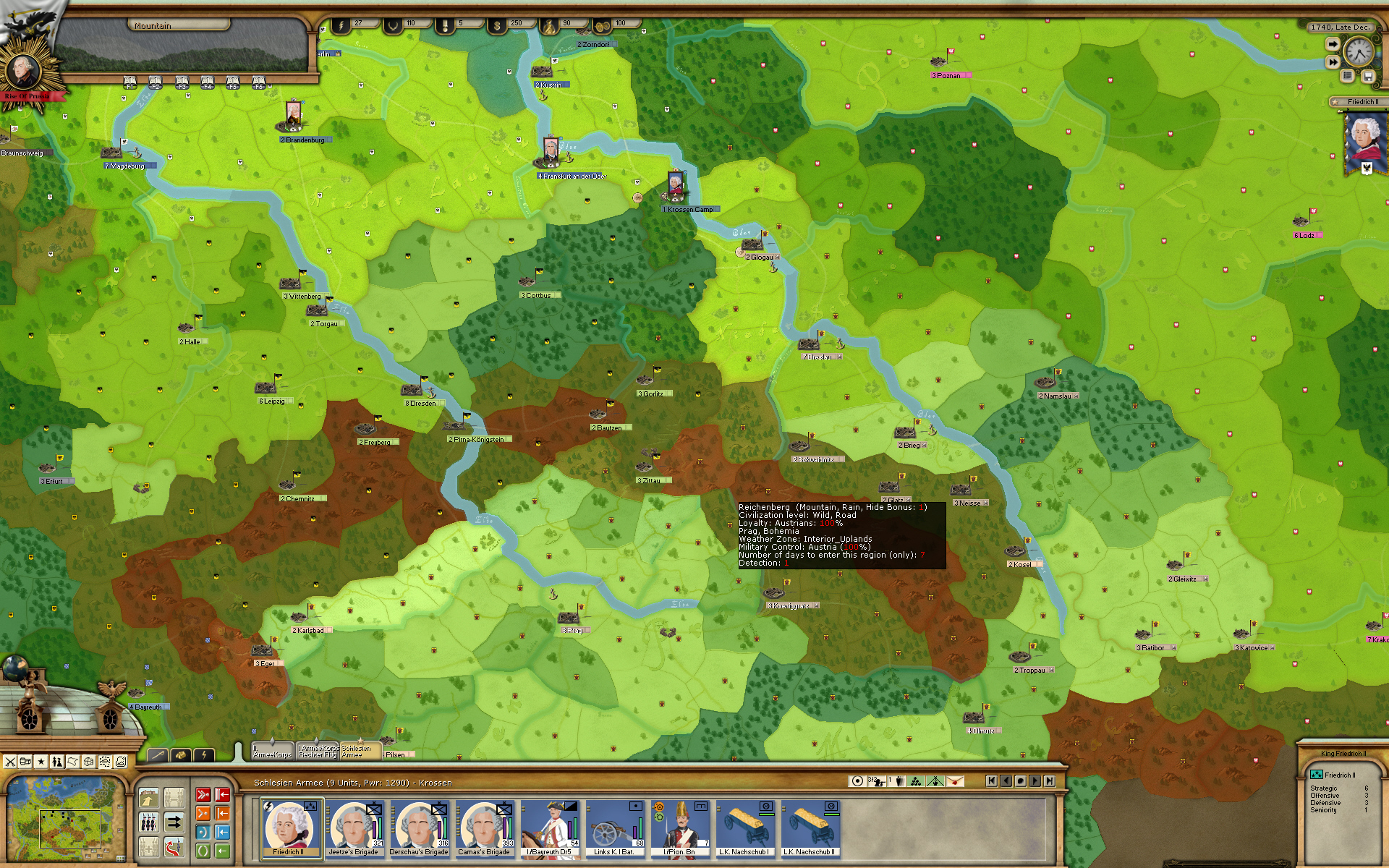 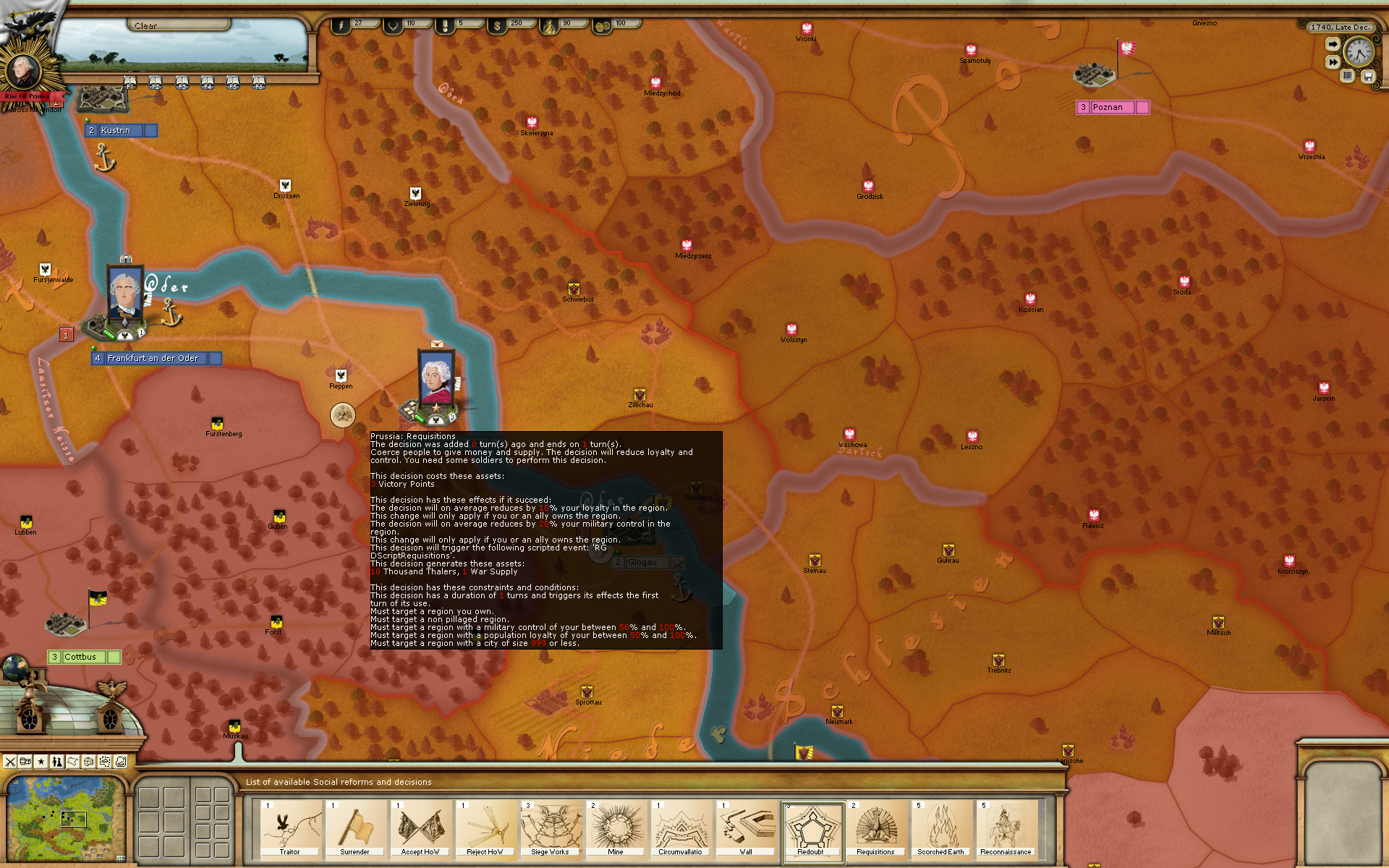 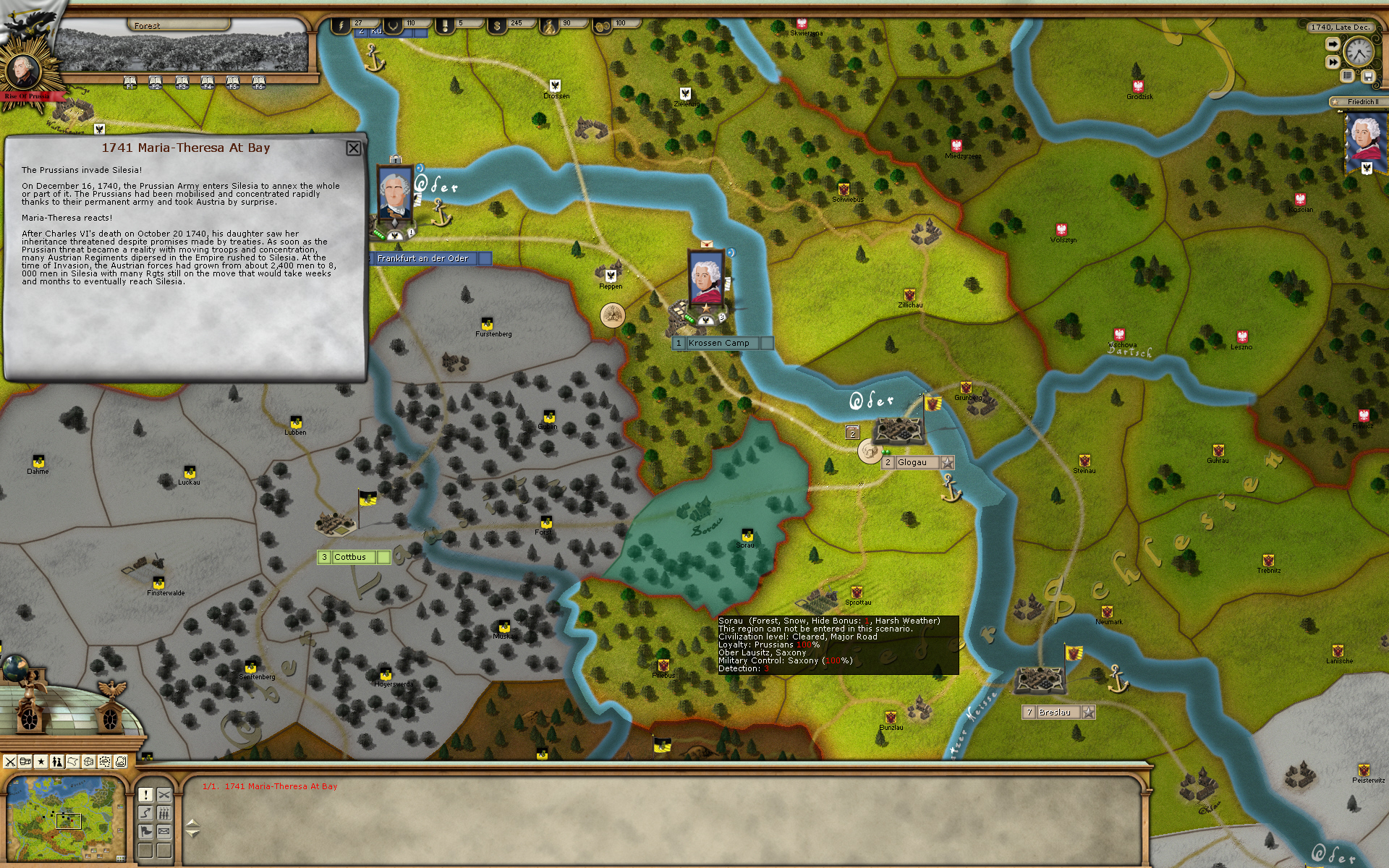 May. 07, 2014 - Rise of Prussia Gold, the ultimate strategy game about the Seven Years War, is now also available…

Rise of Prussia Gold gets Updated!

Rise of Prussia Gold is the new and improved version of AGEODs Seven Years War (1757-1763) game set in Europe. This hugely detailed strategy game was initially released by AGEOD in 2010 and the Gold version adds numerous improvements and additional scenarios that take the game to the next level.

The original game is set during the age of famous king Frederick II, featuring Prussia and her allies in her grand fight against the Coalition led by Austria with France, Russia, Sweden and the Empire.

The Gold version includes 3 new scenarios. Two cover the key moments of the Prussian intervention during the War of  Austrian Succession (1740-1748), where king Frederick II fought on the battlefield for the first time. The third is a 4-players campaign of the 1757 to 1763 years has been included to enhance competitive gameplay experience.
SCENARIOS
Base game: 10 Scenarios - 1 short Battle Scenarios Saxony 1756 to enter the game - 5 Annual Campaigns Scenarios, for each of 1757, 1758, 1759, 1760 and 1762 (extendable from one year to full war end of 1763 - duration play) - 1 Grand Campaign Scenario 1756-1764 with 176 turns - 3 Tutorial Scenarios.
Gold Edition new scenarios:  1741 Maria-Theresa At Bay (Second Silesian War) - 1744 The Empire Strikes Back (Second Silesian War) - four-players Grand Campaign Scenario 1757-1763.
© 2013 Slitherine Ltd. All Rights Reserved. Rise of Prussia, Slitherine Ltd. and their Logos are all trademarks of Slitherine Ltd. All other marks and trademarks are the property of their respective owners.

Map Area: all of Germany and vicinity covered, with over 1000 different regions, giving a lot of room for manoeuvres

Regional Decision Cards: these allow you to interact with the game by playing decision cards on the map. The system has been developed and improved from other AGEOD titles, and all existing scenarios have been updated with them

New Map Filters, to allow you to check weather and terrain