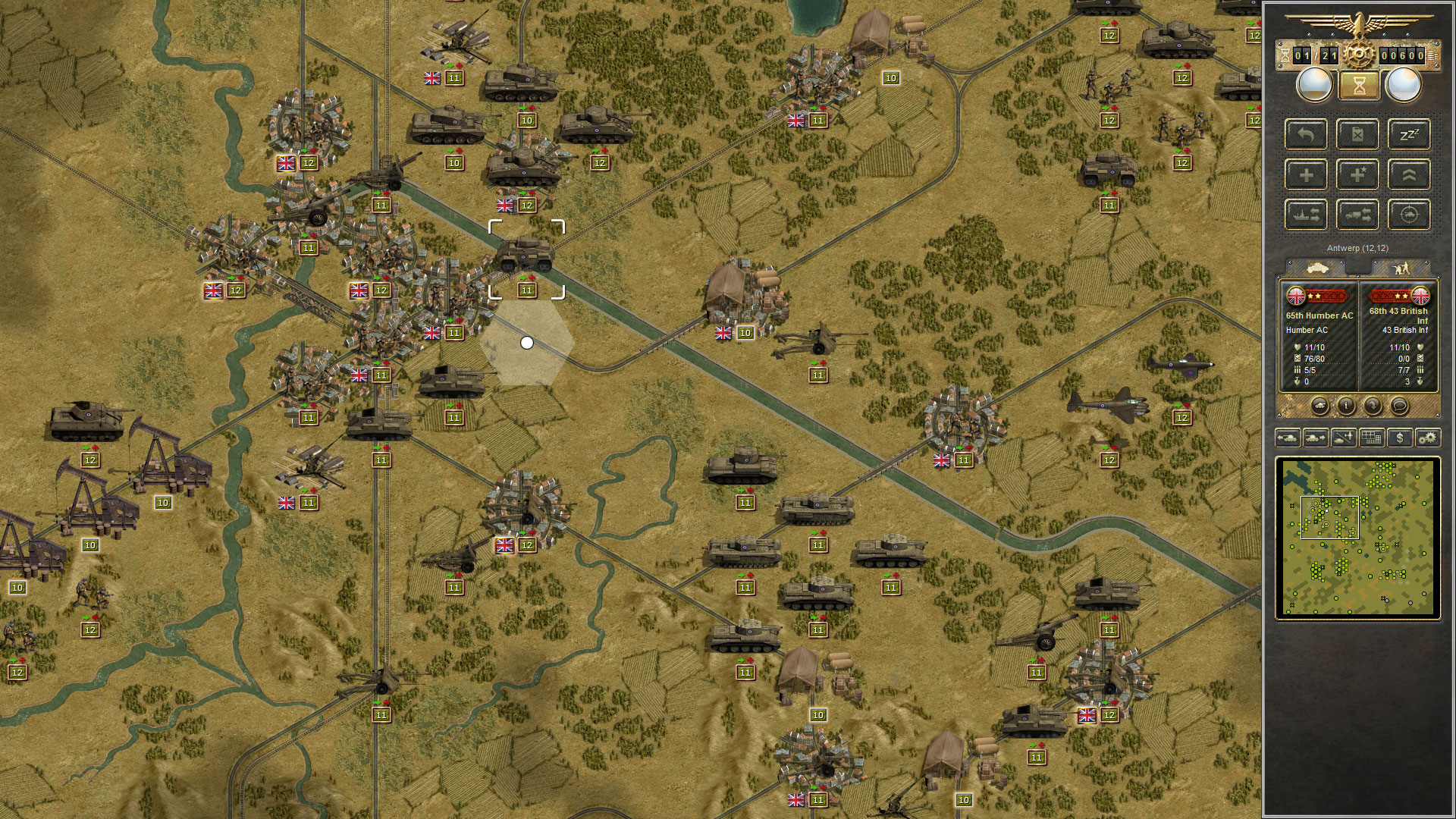 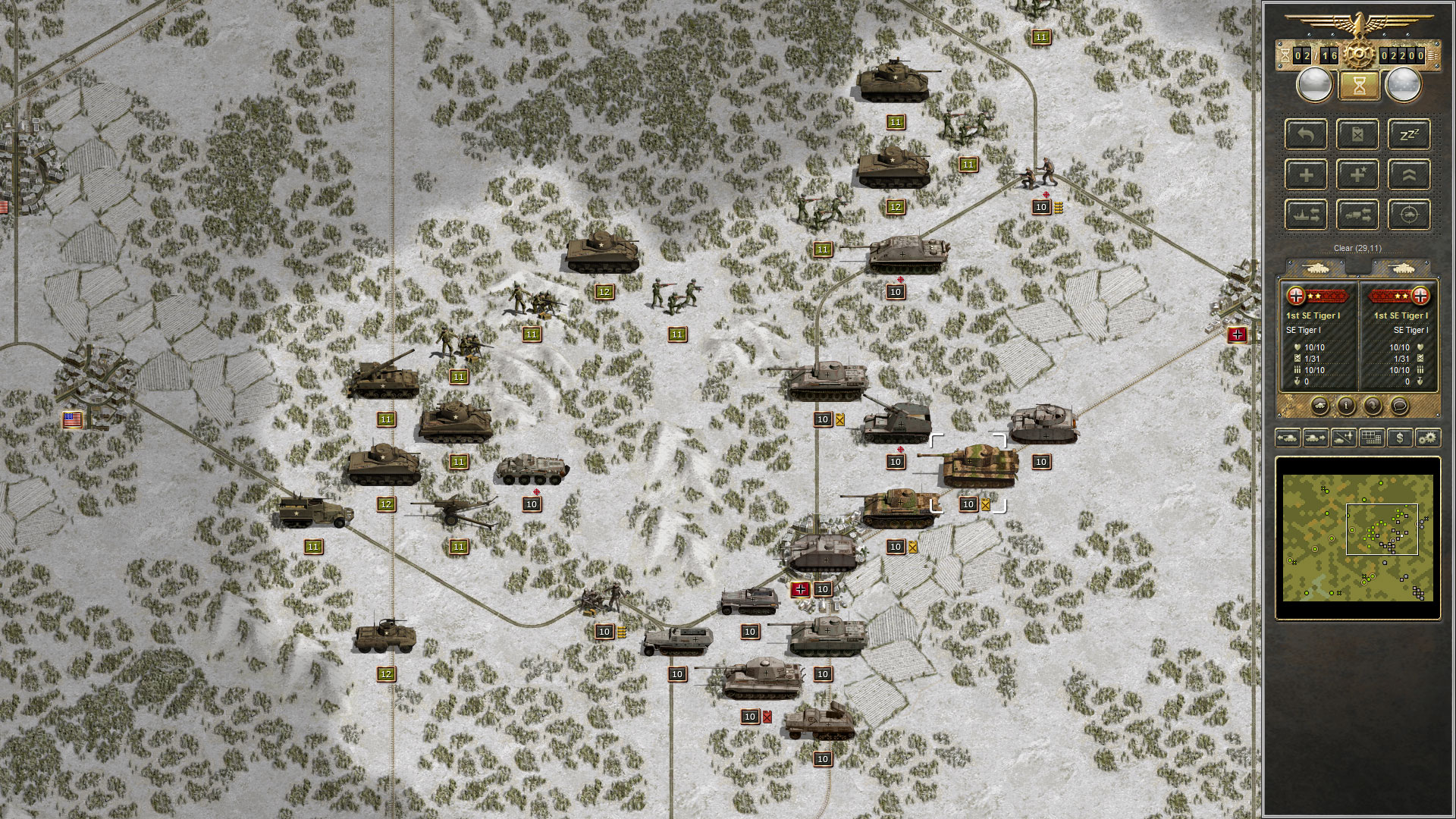 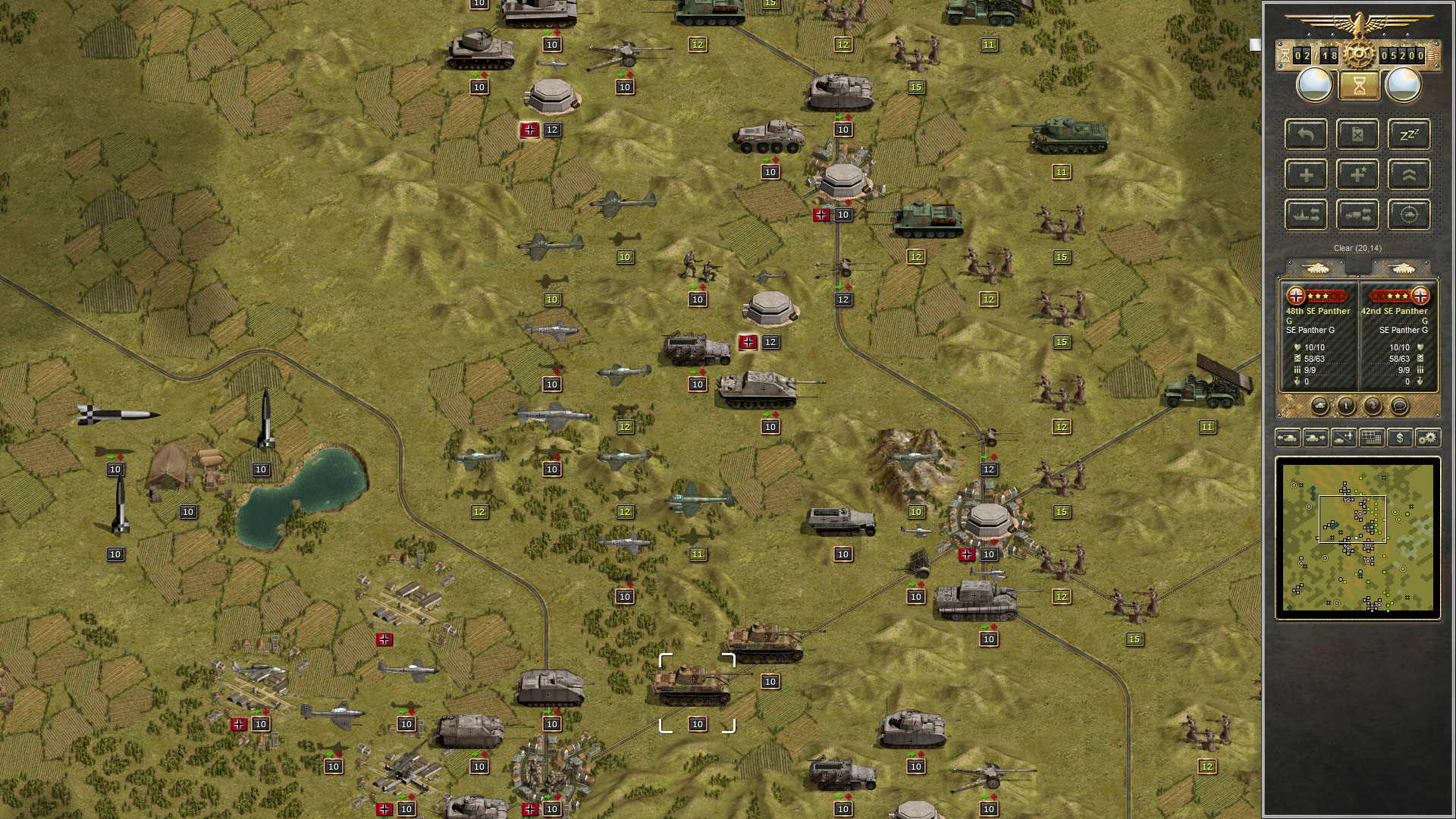 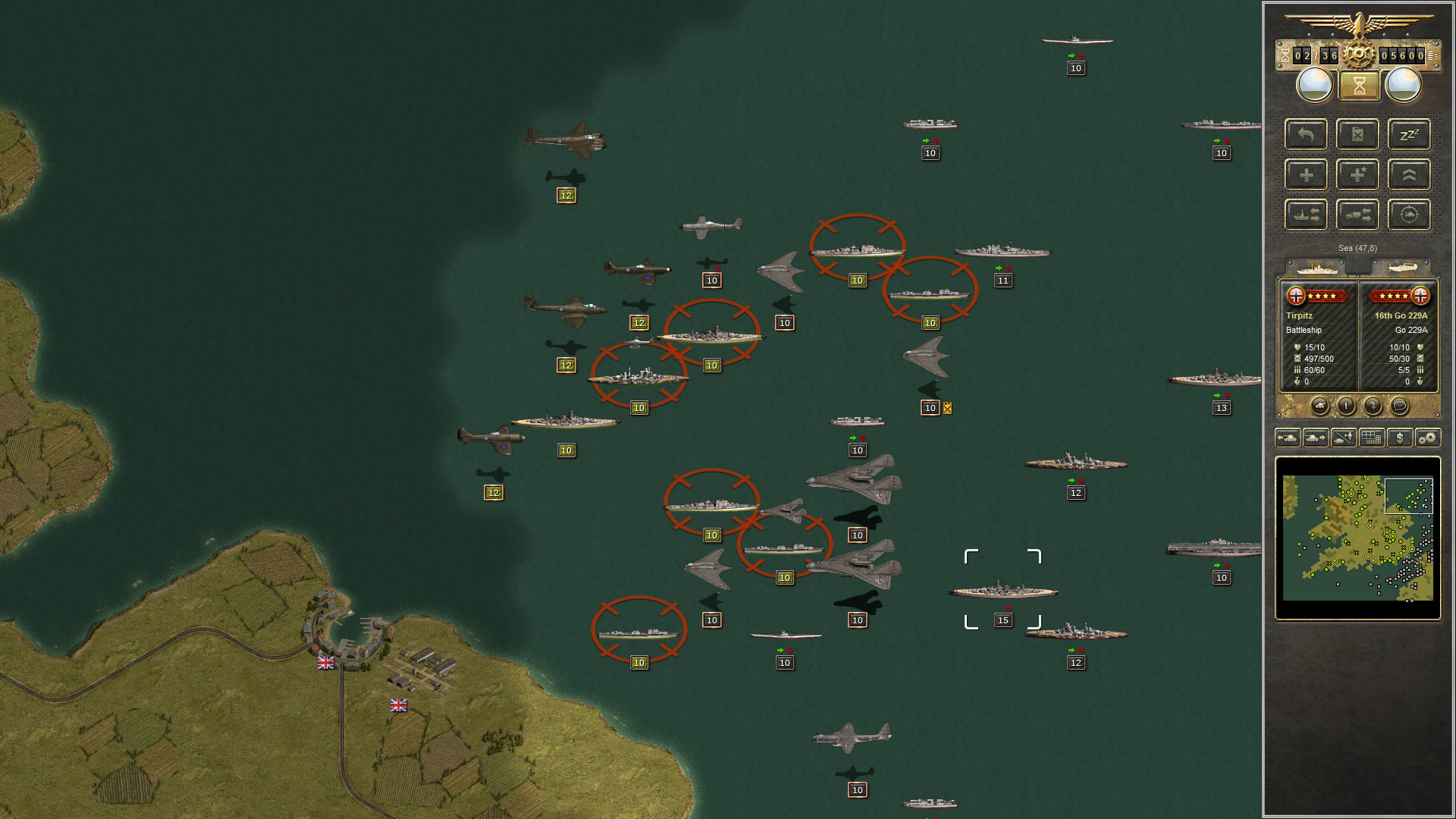 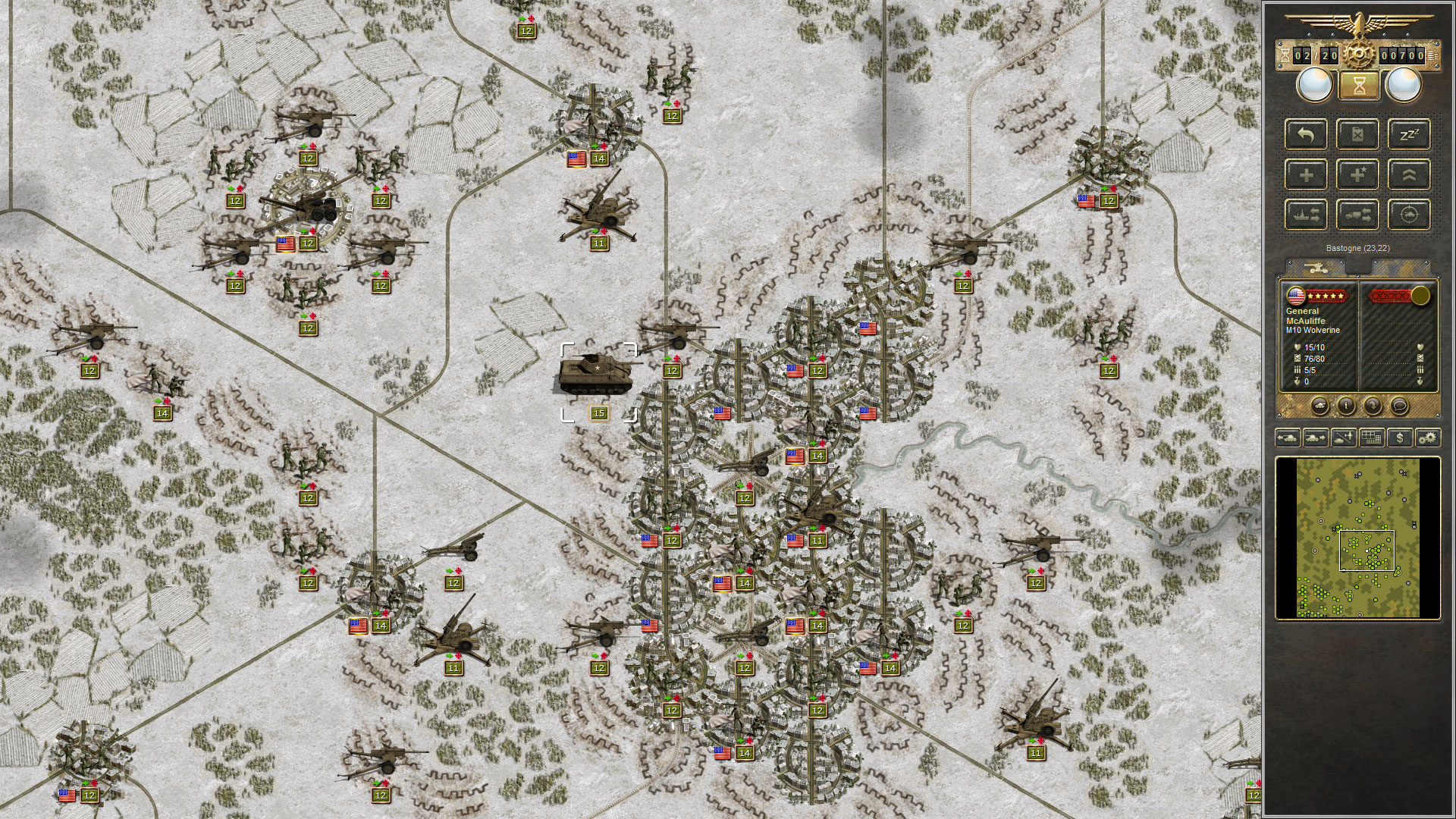 he Grand Campaign’s are a series of expansions for the award-winning turn-based strategy game Panzer Corps and require Panzer Corps or Panzer Corps: Afrika Korps. Produced and developed by a team of experts and brought to perfection by a community of hundreds of fans, the game has continued to evolve over two years to become what can be defined as a modern classic!

Surrounded by enemies on all sides, the once mighty German Wehrmacht faces ultimate defeat on the eve of 1945. Little do the Allies suspect that deep underground in secret bunkers, German scientists and engineers have built an arsenal of wonder weapons to turn the tide of the war! Armed with the last Wehrmacht reserves and these new weapons, Germany launches Operation Wacht am Rhein in a final attempt to end the war favorably. Will fate run its course with an inevitable German defeat, or can you lead your forces to victory in the Battle of the Bulge... and beyond!

The DLC contains 5 new units including the V1, V2 and advanced jet aircraft such as the Gotha, 18 all-new scenarios that utilizes the new features implemented with the release of Panzer Corps: Afrika Korps as well as the latest content updates. Players can use their core forces that completed previous campaigns as it gains experience and new equipment, or alternatively use a preset core force and play each of the campaigns on its own or jump in at any year.

5 new units including the V1, V2 and advanced jet aircraft such as the Gotha