The Allied Corps Campaign takes the award winning Panzer Corps game system and puts you in command of the Western Allies. 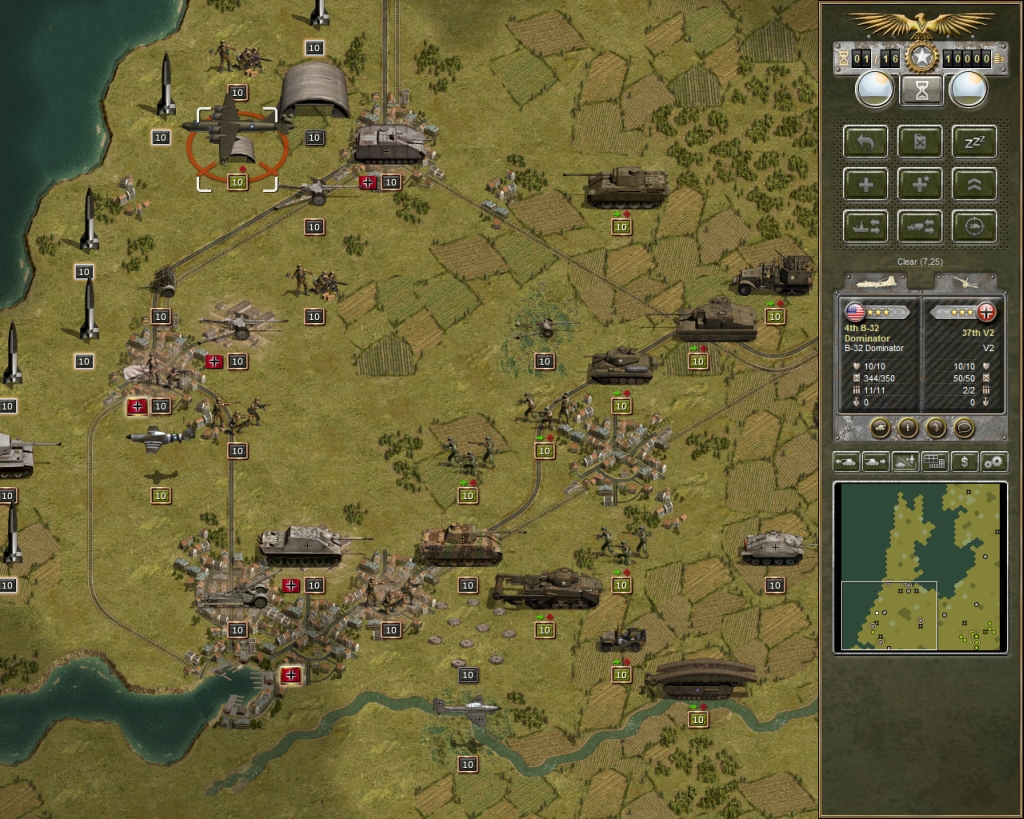 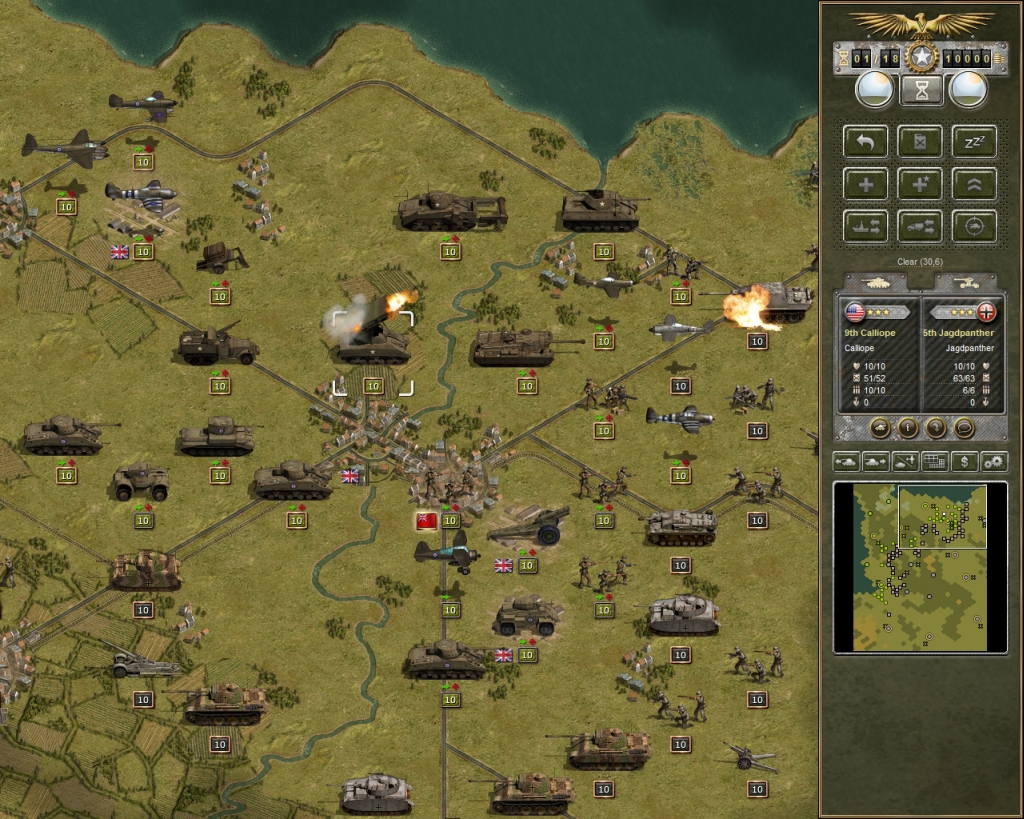 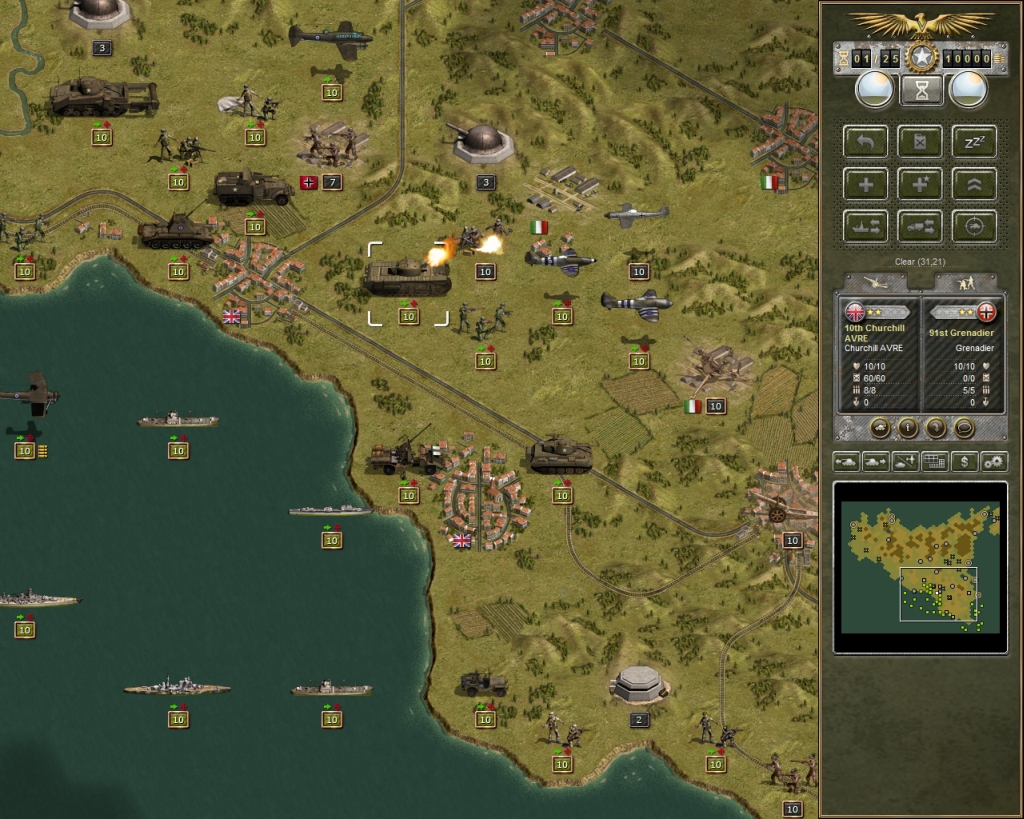 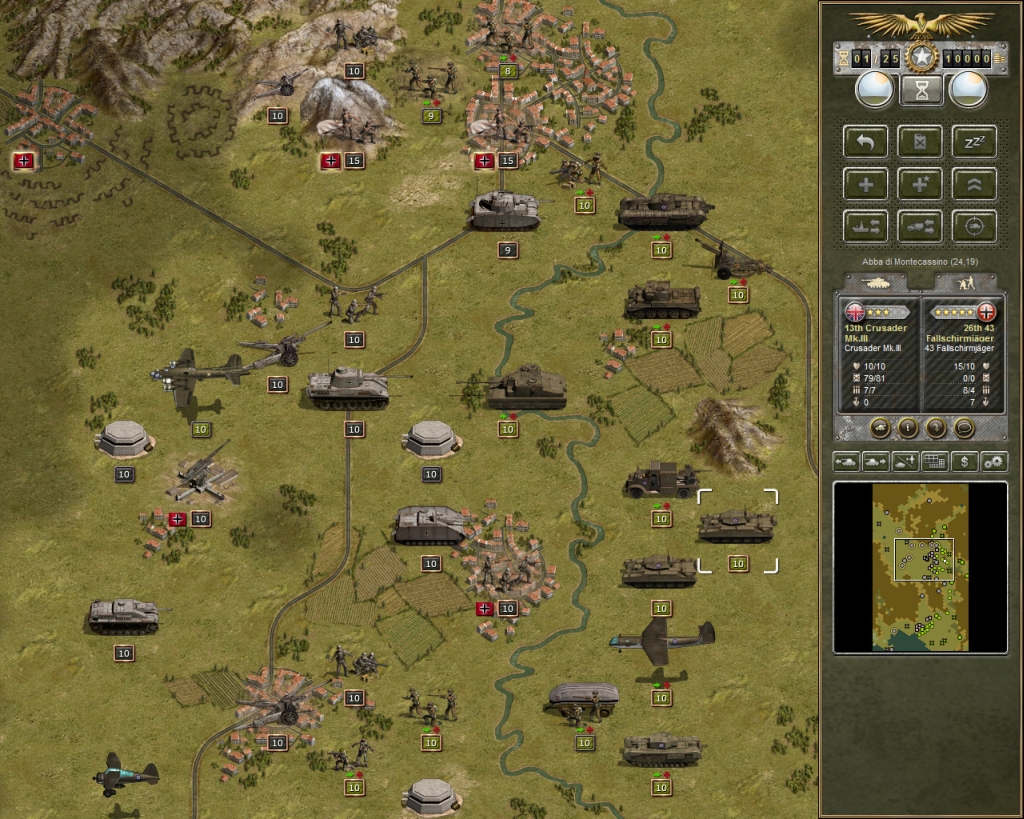 Starting in the Western Desert and commanding the British 8th Army, the player takes on Italian forces with support from the German Afrika Korps. The war then moves on to Sicily and then must fight their way up Italy against stiff German resistance. In 1944 a new front will be opened by Operation Overlord, D-Day, and then push on to the Rhine and Berlin.

Allied Corps includes more than 25 new scenarios, over 50 new regular and special elite units, and modified version of existing units to cover the entire war in detail from the Western Allies perspective. The Allied Campaign includes action in both Africa and Europe, and covers the war from 1940 to 1945. There are 6 entry points into the campaign, allowing you to start from any year.

900 units types, divided into 19 unit classes with 20 detailed parameters to indentify units abilities. Units from more than 30 nations are represented including Great Britain, USA, France, Poland, Germany, Italy, Norway, Belgium, Netherlands, Albania, Romania, Greece, India, New Zealand, Australia and more.Track the battle history of your units and watch as they are awarded medals. It is avaiable a huge library with information on many tanks and aircraft from all sides of the war.

Includes lots of historical and a number of what-if scenarios. What if the Russians didn't stop heading West? You can start the campaign as Britain or the USA, and later use a mixed British/US core force.

Play against players with Panzer Corps and Afrika Korps giving you access to a huge community on day 1.

30 scenarios, including an allied tutorial based on real WW2 events which links seamlessly into the main campaign

6 entry points into the campaign, allowing you to start from any year

Lots of historical and a number of what-if scenarios

Heroes with great bonuses emerge as your units fight in combat