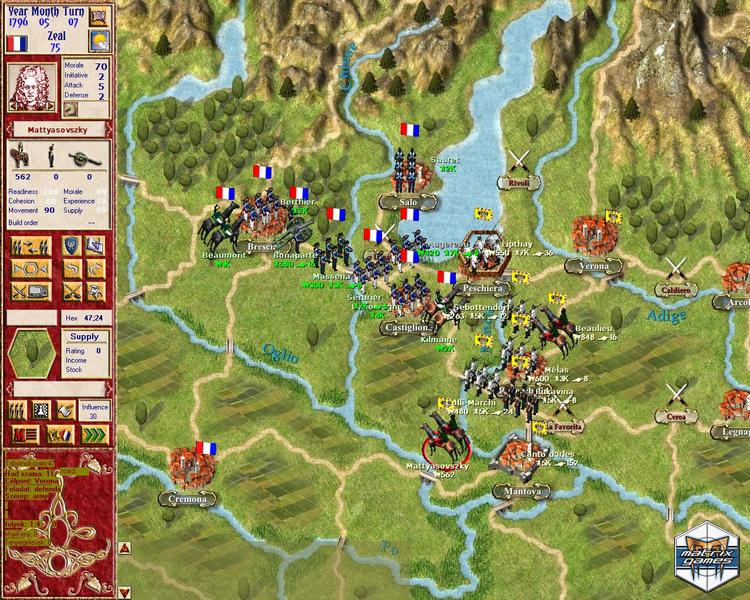 Step back to the age of Napoleon and follow in the earliest footsteps of this military genius! Napoleon in Italy is a hex based strategy game that includes both the strategic level of movement and logistics combined with playable tactical battles. 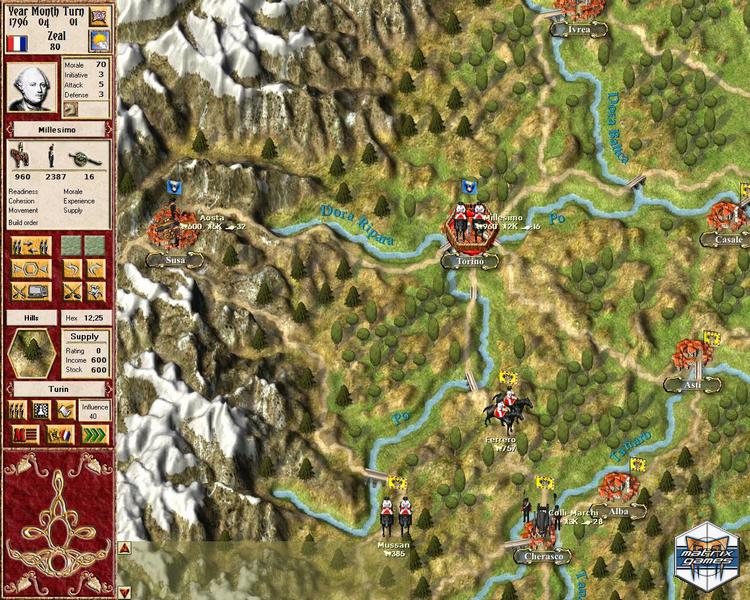 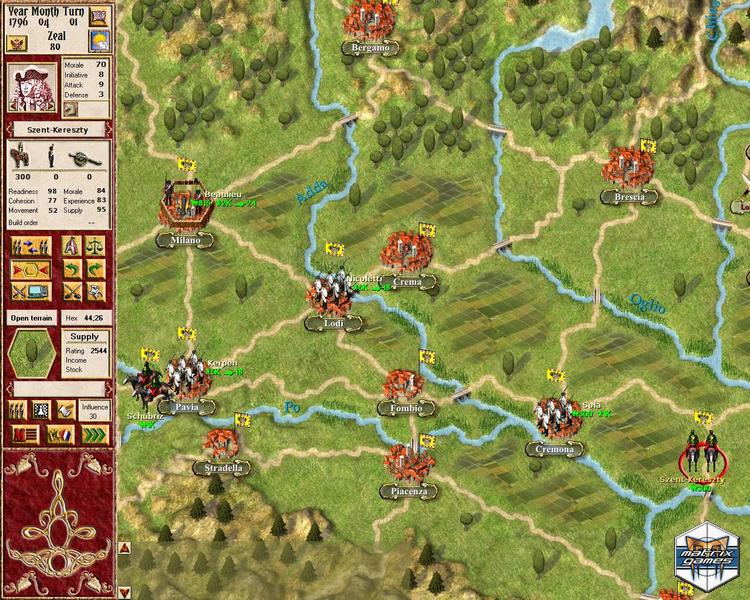 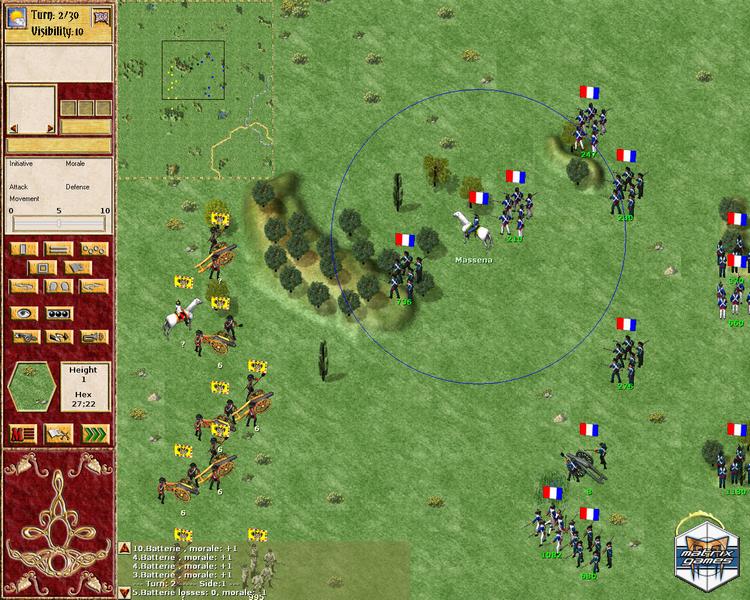 New Update for Napoleon in Italy

Napoleon in Italy Is Updated

Jan. 22, 2008 - Battle lines are formed and ready with this new update Matrix Games and Hussar Games…

Step back to the age of Napoleon and follow in the earliest footsteps of this military genius! Napoleon in Italy is a hex based strategy game that includes both the strategic level of movement and logistics combined with playable tactical battles. Grab the bayonet and fall in; it’s time to experience Napoleon in Italy!

Lead the young Napoleon's French Army on his first campaign against the Austrians and Piedmontese in Northern Italy or try to stop Napoleon’s dedicated army and tactical brilliance with the mighty allied army of Austria. Experience a great interface and addicting gameplay based on realistically modelled Napoleonic combat.

Fight as the French, Austrian and Piedmontese armies. Units and armies have various attributes like morale, experience, unit cohesion and supply to reflect the realities of historical operational combat in the Napoleonic era.  Leaders are rated for Attack, Defense and Initiative as well as many special abilties designed to reflect the unique historical abilities of each commander. A realistic unit replacement system and historical siege and tactical battle rules bring the ultimate in turn-based gameplay set at the end of the 18th century.

Napoleon in Italy includes a year-long Full Campaign, 7 short historical campaigns and a guided Tutorial.  Each campaign may be played as either side against a cunning AI or a human opponent.

Leaders, units and armies are all rated with realistic stats and abilities that take into account their strategic, tactical and logistical capabilities

DirectX version
7.0 or above