Horse and Musket: Volume I 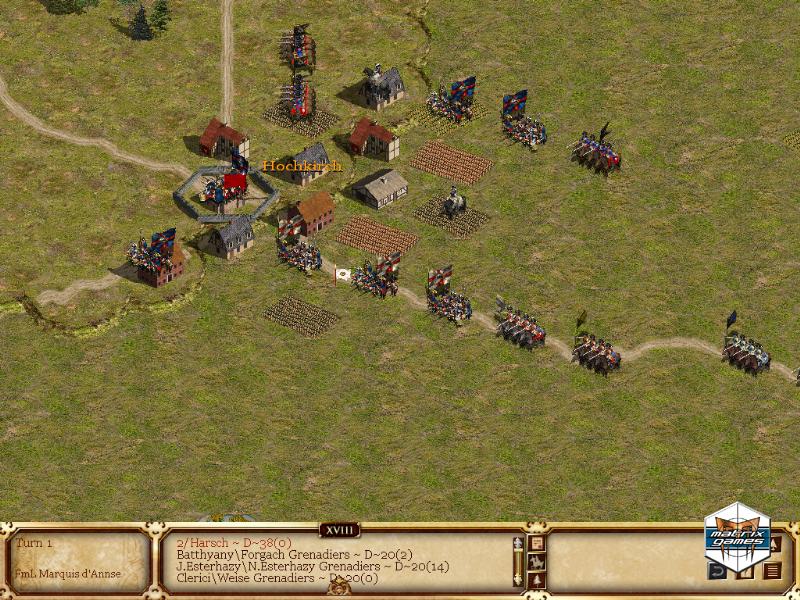 Horse and Musket: Volume I is a reboot of the successful Horse and Musket series, including not only two solid historical titles in one package, but also many new game features, a scenario editor, and a complete graphics overhaul to an already acclaimed gaming system. 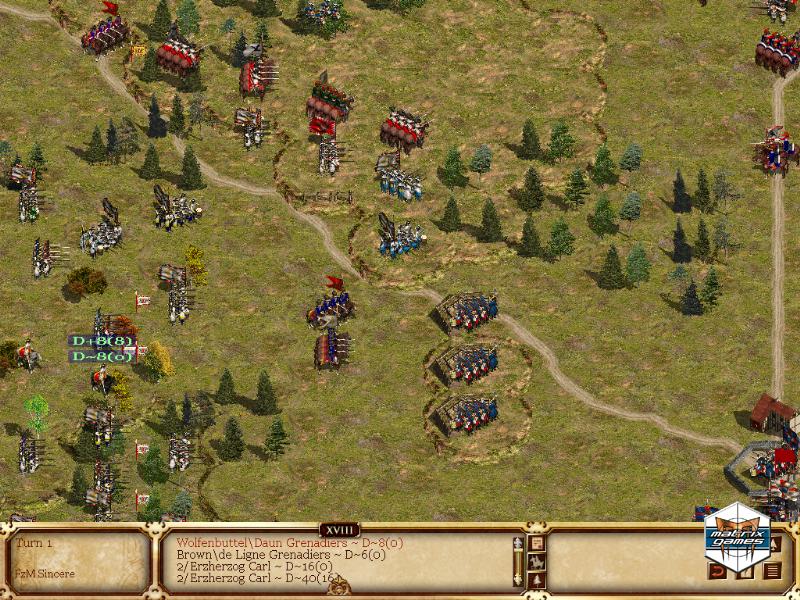 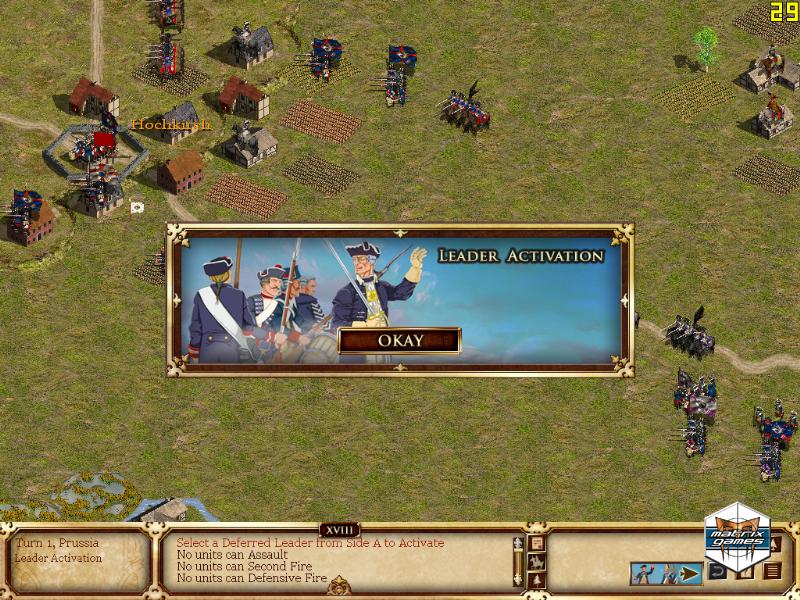 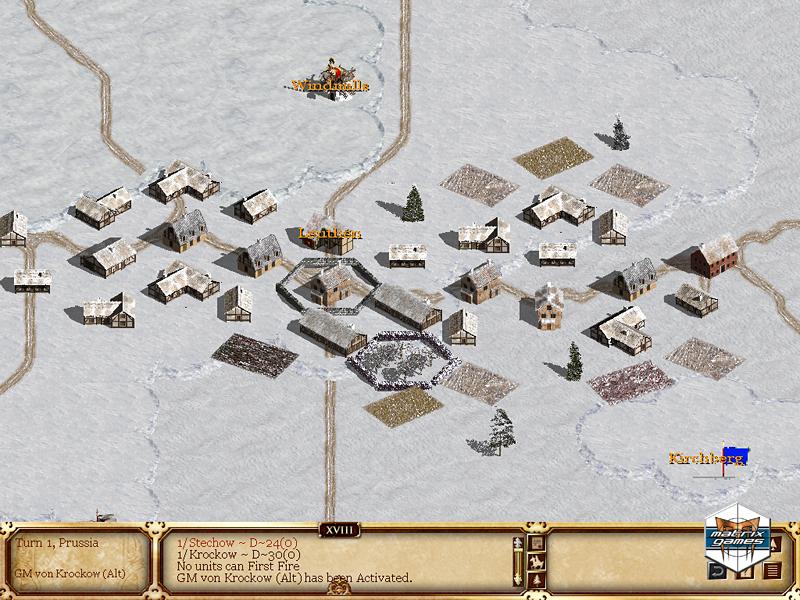 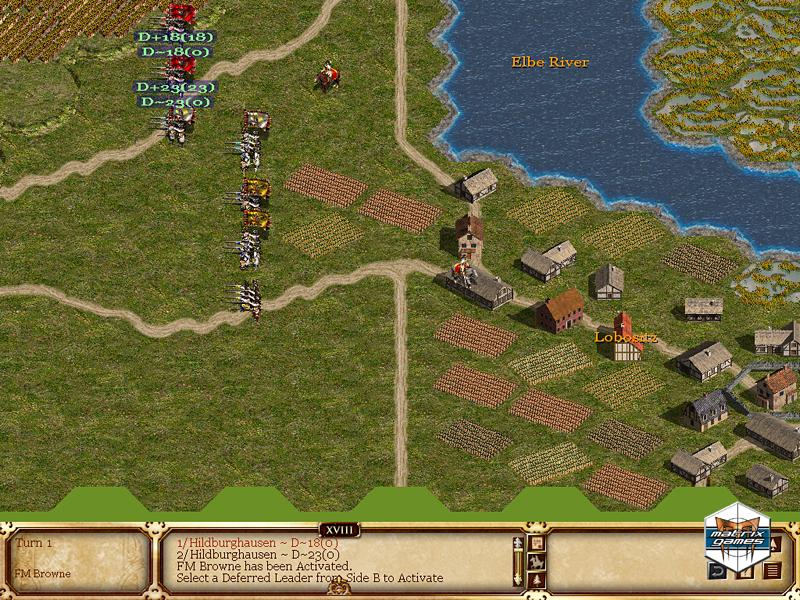 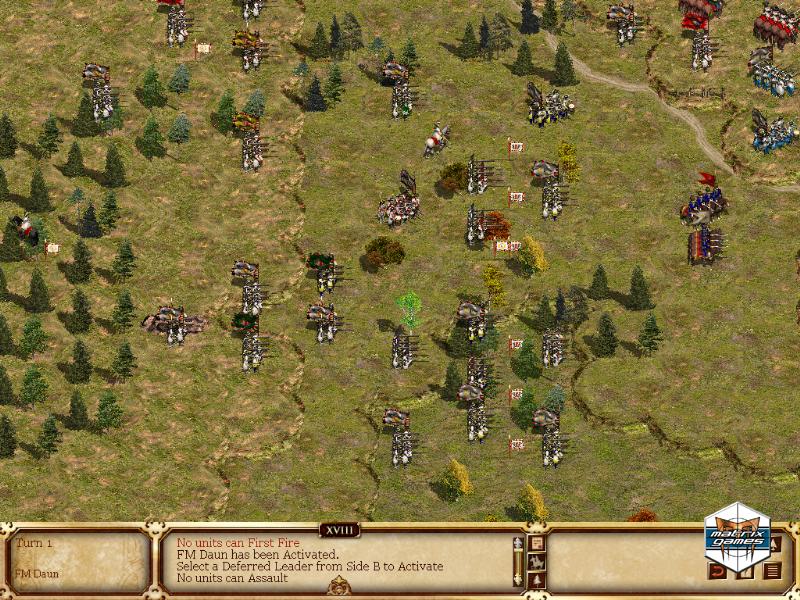 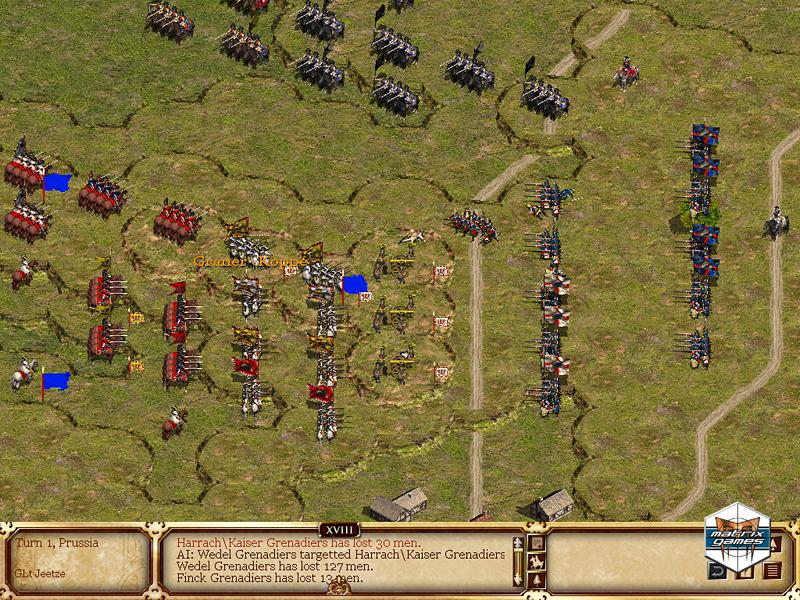 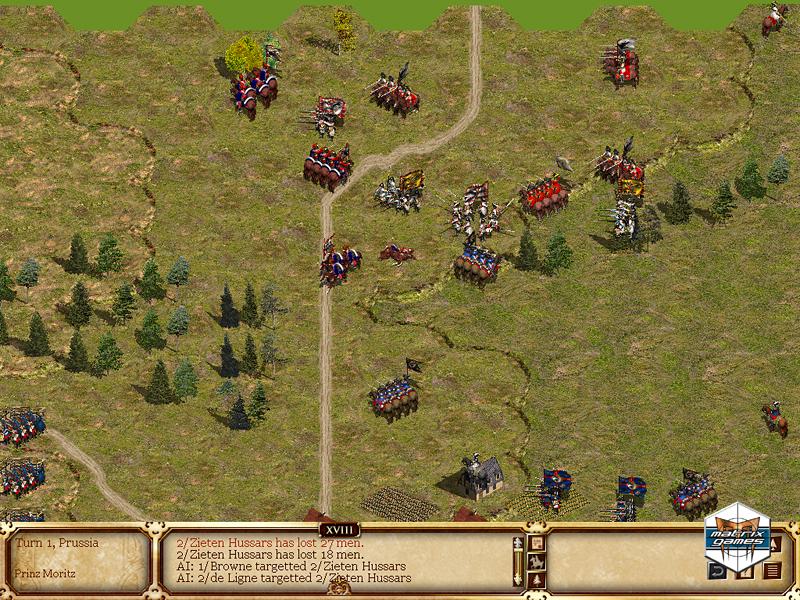 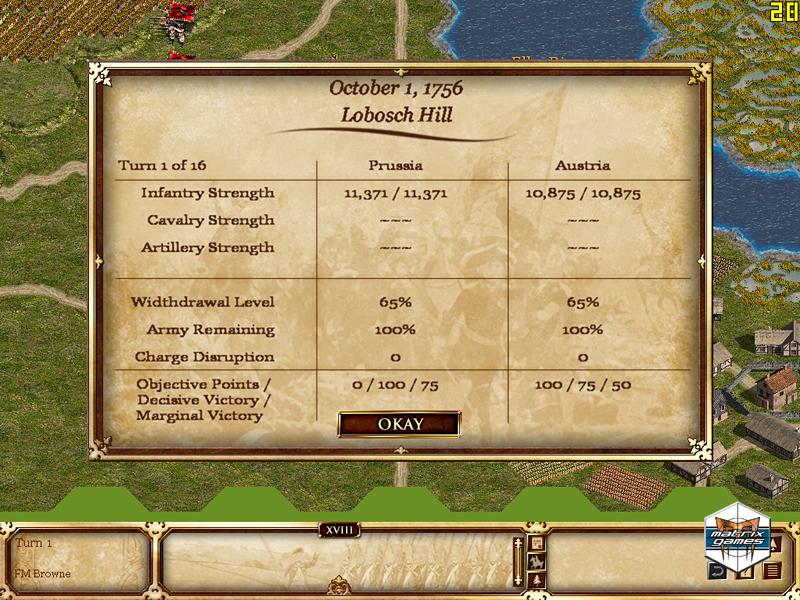 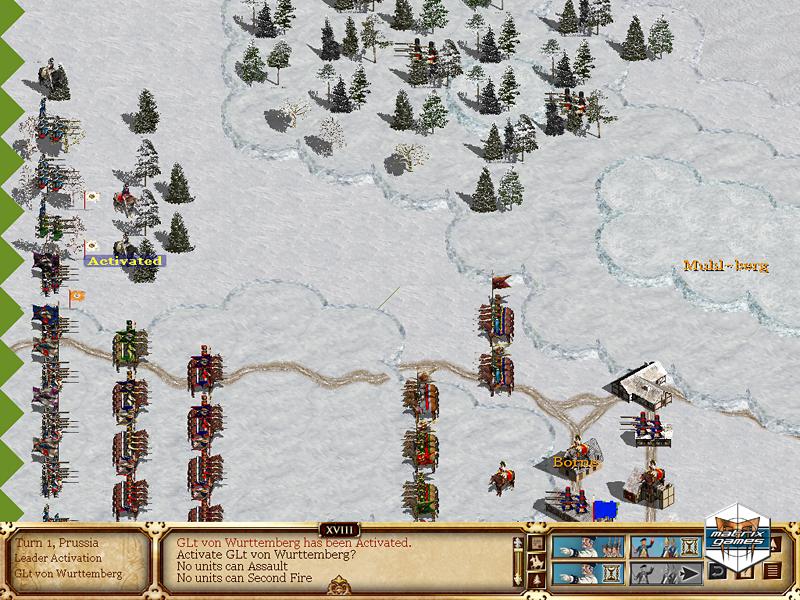 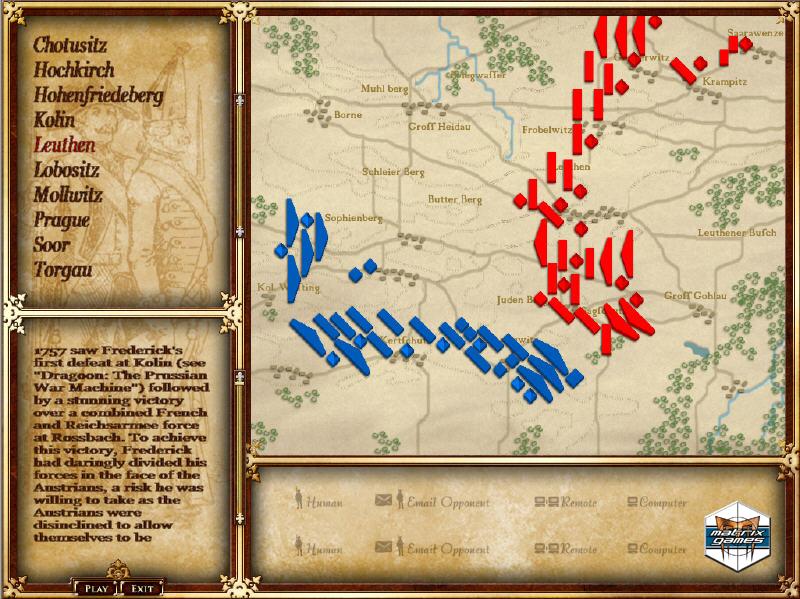 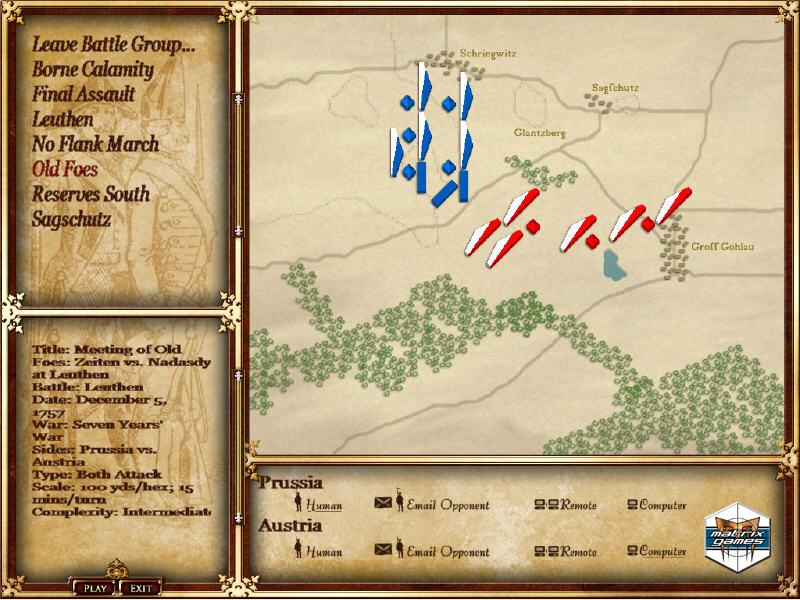 Horse and Musket: Volume I Is Updated

Jun. 16, 2009 - Muster the troops and prepare to march, this anticipated turn-based strategy game is now ready for…

Relive the exciting and trying days of Frederick the Great in Horse and Musket: Volume I, the improved and expanded combination of the previous Prussian War Machine and Prussia’s Glory titles. Horse and Musket: Volume I is a reboot of the successful Horse and Musket series, including not only two solid historical titles in one package, but also many new game features, a scenario editor, and a complete graphics overhaul to an already acclaimed gaming system.

Revive the birth of Prussia and the legend of Frederick the Great.

The Seven Years’ War was fought across the globe and called by some the first “World War” as virtually every major power participated. In the center of events was Prussia, almost constantly at war and lead by the now legendary Frederick the Great.

Through the classic turn-based hex system, gamers take command of a wide variety of historical units and leaders as they try to follow in Frederick’s footsteps across 10 of his famous battles, making for a whopping 40 scenarios in total. Maneuver your infantry battalions, cavalry squadrons, and artillery batteries to break the enemy lines and claim your own title as a great captain of history.

Perhaps the most important feature to celebrate with Horse and Musket: Volume I is the revival of this innovative gaming system!  With many improvements, it still has the same engaging game mechanics that bring to life the battlefields and tactics of the 18th Century.

A detailed and powerful editor is at every players disposal which includes the ability to edit maps, units, order of battle, and game data. All game data is accessible and can be saved in each unique scenario: Movement rates and costs Combat modifiers. Morale modifiers Scenario components can be saved separately for easy use in multiple battles. Set the unit portrait for each individual regiment, battalion or battery. You'll have a support for up to 5 variable sounds per action.

Combines all 10 battles from its predecessors, Prussian War Machine and Prussias Glory, to bring the game a total of 40 individual scenarios

New graphics including new units, terrain, and interface art that are all fully moddable

New Editor Horse and Musket: Volume I combines all 10 battles from its predecessors, Prussian War Machine and Prussias Glory, to bring the game a total of 40 individual scenarios

In addition, there is a new display method for the Disruption/Morale/Rally Unit numbers making these factors very easy to quickly determine

A New formation: The Defensive Formation for infantry units provides all around defence in rough terrain and built up areas

Command a wide range of unit types, from light infantry and grenadiers, to hussars, dragoons, and three types of artillery